A 101 Guide To The Work of Dana Schutz: Translator of the Human Condition 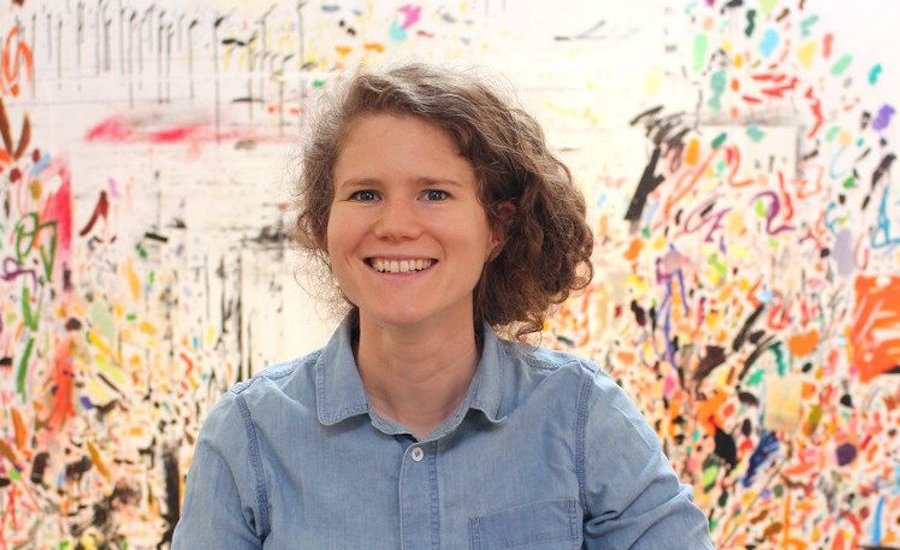 Dana Schutz's Adversaries, 2019 is part of the Great Women Artist portfolio, and is available for $1500 on Artspace

So, who are these artists, and what makes them so legendary? In today's spotlight, let’s take a closer look at painter Dana Schutz, her work, and her artistic legacy. Dana Schutz via The Hepworth Wakefield

Brooklyn-based artist Dana Schutz grew up in Livonia, Michigan, a subub of Detroit, and earned her MFA from Columbia University in 2002. She got her first major taste of critical acclaim that same year with her debut exhibition "Frank from Observation" at New York City's LFL, an early iteration of  Zach Feuer Gallery. The show's central conceit cast Schutz as the last painter on earth depicting the character of Frank, a pink, grotesque, beleaguered middle-aged man similarly abandoned by an implied apocalypse. This exciting suite of paintings set the art world on fire, and soon Schutz's distinct brand of felt, wicked absurdism made her a household name. Schutz work has found homes in museums and public collections all over the world, including the Solomon R. Guggenheim Museum, the Metropolitan Museum of Art, The San Fancisco Museum of Modern Art, and the Institute of Contemporary Art, Boston. She has had solo exhibitions at venues like the Cleveland Museum, the Neuberger Museum in Purchase, New York, the Rose Art Museum in Waltham, MA, and the Musee d'art contemporain de Monteal. Her painting "Civil Planning" (2004) recently sold at auction for $2 million at Sotheby's, a record for the artist.

In a catalogue essay on Schutz' work, curator Katy Siegel described the artists' paintings as "an allegory for... making art" that render "the process of creation as one of drawing on oneself, recycling onself and making onself." Reliably furious, carnal and prurient, Schutz's pieces eschew cool, nihilist minimalism in favor of total sensorial overhaul, unleashing the full range of human desire in all its awkward truth through wry, monumental composition and queasy color pallettes. Schutz embraces chaos in her work; her figures are often depicted eating their own flesh, severing their own limbs, and engaging in other cartoonish but immensely relatable forms of destruction. In her emergent "Frank" series, this open celebration of ugliness set her apart as a painter's painter with a knack for civilizational translation. Frank as a Proboscis Monkey, 2002 via Zach Feuer

This searching quality is highlighted to dazzling effect in her Great Women Artists portfolio contribution, which she created specifically for the portfolio; Adversaries, available as a full color archival print, showcases Schutz's sure, sly hand and anarchic penchant for unpredictable vibrance and tension. Articulating this tragicomic sensibility through thick, bodily impasto, Schutz vigorous explorations have made her no stranger to controversy; "Open Casket", her portrait of Emmett Till, the 14-year old African American boy who was lynched in 1955, became a cultural lightning rod following its debut at the 2017 Whitney Biennial. In more recent work, she has persisted in her quest to aestheticize affect through material and spatial investigations, including her first public fore into sculpture at Petzel Gallery in early 2019. Her small-scale bronzes harness the ferocity of her paintings in three dimensions, lending the small, hunched figures a dizzying sense of urgency. Her latest two dimensional works have transformed into frenetically layered and expertly crowded environments, a development that further underscores her commitment to teasing out the contours of the human condition. Year In Review: Most Talked About Artists of 2017

Dana Schutz on Making Paintings That Push Back