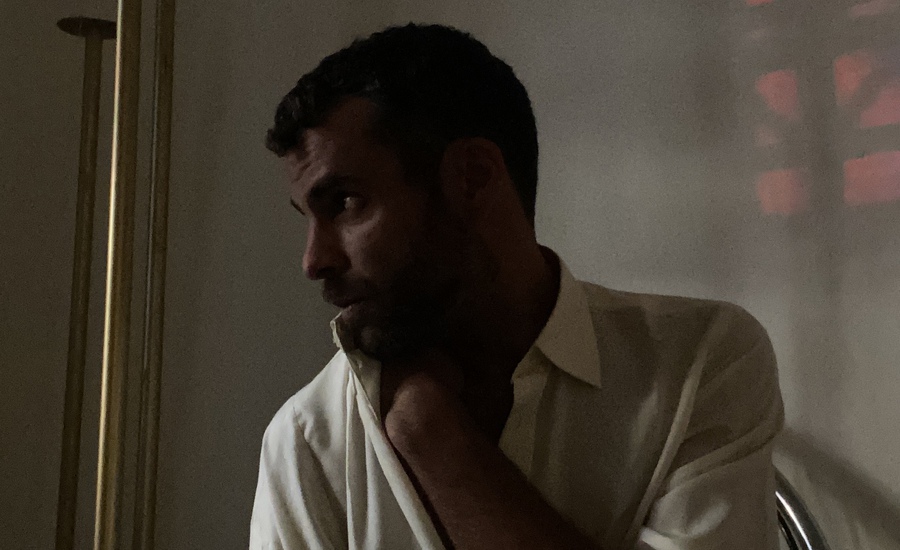 Andrés Pereira Paz is interested in highlighting key moments in Latin America's art history in which Indigenous thought and ways of life resist or reemerge, writes Florencia Portocarrero in Phaidon’s new book Prime: Art’s Next Generation. "The source for several of Pereira Paz’s projects is El primer nueva corónica y buen gobierno [The first new chronicle and good government], a 1615 manuscript written and illustrated by the Indigenous chronicler Felipe Guamán Poma de Ayala in order to denounce the abuses committed by the Spaniards during colonization.

In Guamán I (2017), the artist isolates the hands and feet of characters in the manuscript and transforms them into wire wall reliefs. The gestures of the upper and lower extremities—linked to both physical and ideological violence—are reorganized by the artist into a circular shape, questioning the idea of Western linear time and suggesting the cyclical nature of anticolonial struggles. 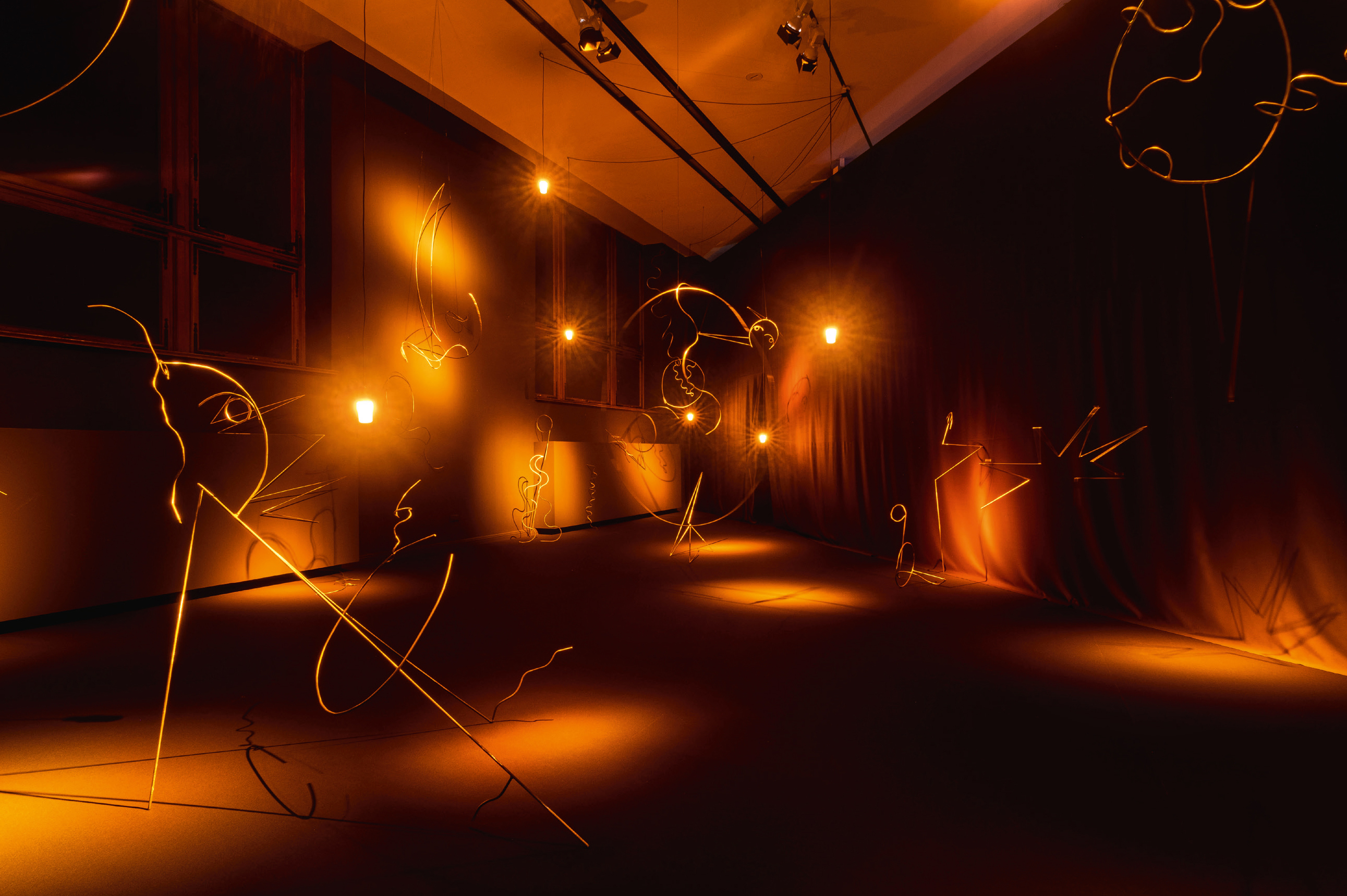 The starting point of Pereira Paz’s 2019 exhibition Radio Carabuco at Künstlerhaus Bethanien, Berlin, was his response to a depiction of hell by the painter José López de los Ríos, commissioned in 1664 by the Catholic Church for the town of Carabuco in Bolivia. As in many other paintings of the period, the Christian vision of hell was used as a way to intimidate and indoctrinate the Indigenous population. Treating the exhibition as a listening space, Pereira Paz collaborated with artists, social scientists, and activists, commissioning them to produce a series of podcasts exploring the forms and effects of religious and cultural colonization. Against this backdrop, Pereira Paz presented a series of delicate hanging metal sculptures referencing some of the characters that inhabit Carabuco’s hell, as well as a selection of images from the David Aruquipa Pérez and Comunidad Diversidad archive, which documents street performances by the LGTBQIA+ community in Bolivia. 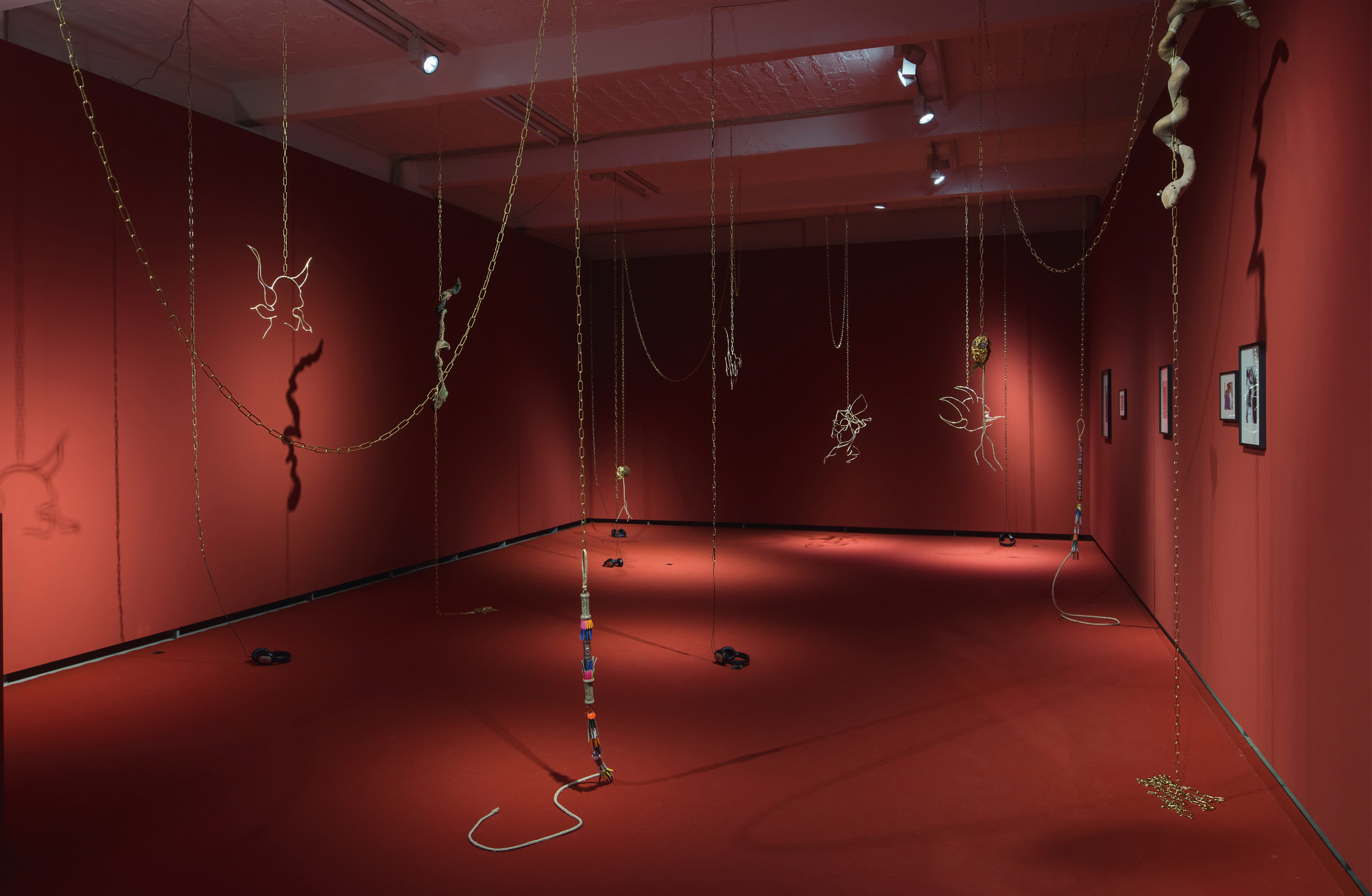 EGO FVLCIO COLLVMNAS EIVS [I fortify your columns] (2020) is a dimly lit installation composed of metallic sculptures inspired specifically by Poma de Ayala’s drawings of Indigenous celestial deities. Among these fallen astral divinities, the singing of the guajojó—a bird that migrated to the city of La Paz due to the 2019 Amazon fires—can be heard. For the artist, the bird’s presence in the Bolivian capital acts as a reminder of how global capitalism is built on and sustained by the destruction of many ecosystems. Employing parody and a sense of humor—but also with a ritualistic and experimental approach to art practice—Pereira Paz communicates the alternative stories of resistance that defy Western modernity and its monocultural project." - Florencia Portocarrero.

Pereira Paz is one of over a hundred contemporary artists to be featured in Prime: Art's Next Generation, Phaidon's new survey of promising contemporary artists. We asked him a few questions about his life and art. When you've read the story take a look at Pereira Paz's artist page on Artspace. 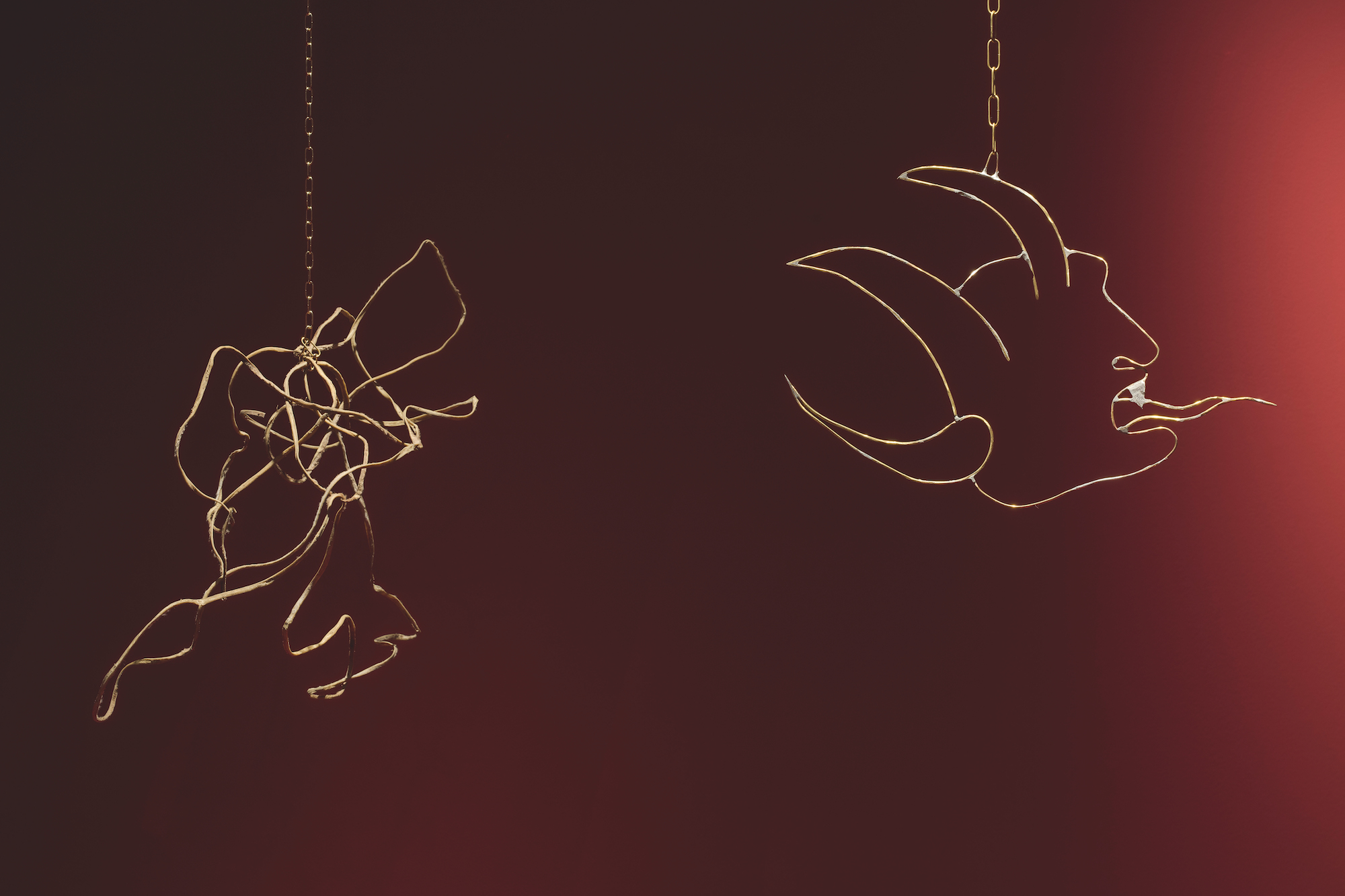 How would you describe what you do? I would describe it as an intuitive response to the time we live. Life unfolds and when it does, art happens.

What’s the most exciting thing about where you are in your career right now? Being able to get to the hearts of people from many backgrounds through my work.

What’s on your mind right now? At the moment, I'm just quite fascinated by the way every morning we build a story of ourselves and how we navigate through it.

How do you get this stuff out? Through studying the things of life I resonate with, so that I can build a constellation and share it with the audience.

How does it fit together? It is like cooking - but cooking an idea. Something marinates, something is boiling, something is fresh, something is raw and so on. And then it all comes together, kind of like a choir.

To see more of Pereira Paz's work, and that of the art world's most gifted next generation, order a copy of Prime: Art's Next Generation here.