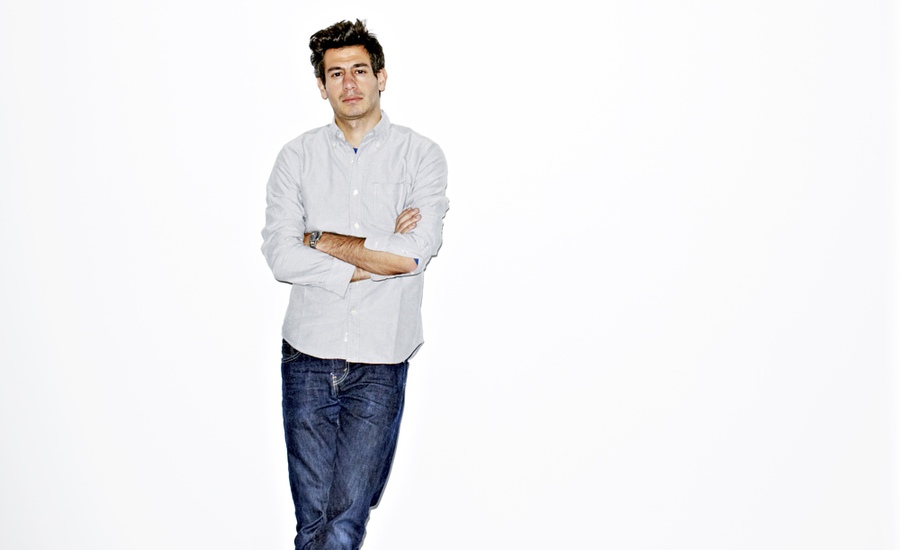 Rayyane Tabet’s Cyprus (2015) consists of a wooden boat—a stunning 850 kilograms (approximately 1,800 pounds) in weight—suspended from the ceiling, writes Skye Arundhati Thomas in Phaidon’s new book Prime: Art’s Next Generation. "The history of the boat is extraordinary and intensely personal. It was rented by the artist’s father in 1987 during an attempt to flee Lebanon and travel to Cyprus, a journey that was terminated early—after the first thirty minutes it became brutally clear that the boat would not last the planned journey. The story grows more curious when Tabet’s family, years later, found the very same boat on a coastline in Jbeil, Lebanon.

Cyprus forms part of the series Five Distant Memories: The Suitcase, The Room, The Toys, The Boat and Maradona (2006–16); other objects Tabet revisits include a suitcase perpetually packed and ready for travel, a set of wooden block toys cast in concrete, and the bombed-out remains of Tabet’s bedroom in Beirut. Tabet is sharply aware of how personal artifacts cease to be just objects and turn into carriers of history and memory. By reviving them, he reconstructs the history not only of his family but of the world he occupies. 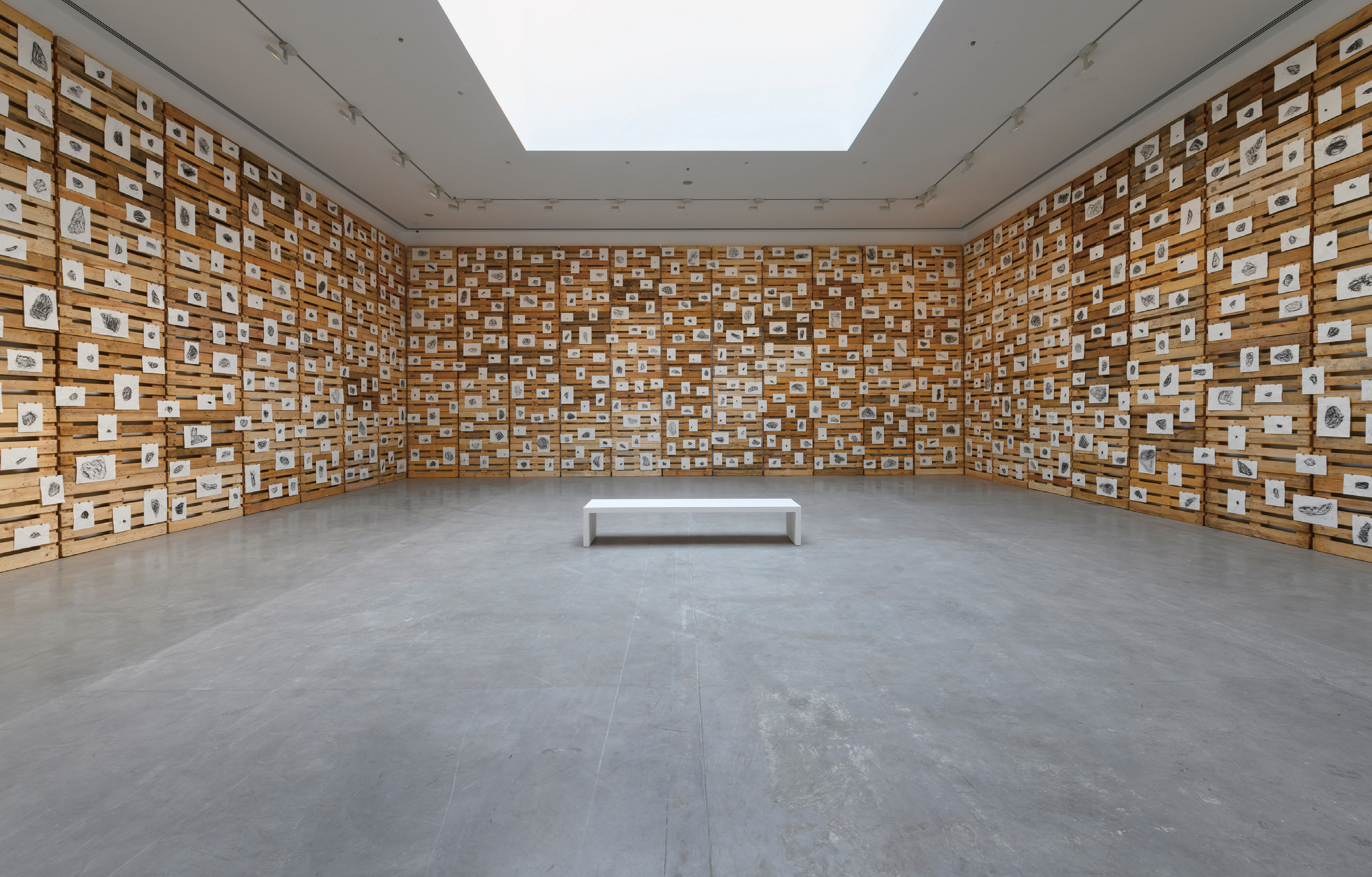 With Steel Rings (2013–ongoing), the artist re-creates ten-centimeter-wide sections of the Trans-Arabian Pipeline (Tapline), a 1,213-kilometer-long duct designed in 1946 to carry oil from Saudi Arabia to Lebanon via Jordan, Syria, and the Golan Heights. In the early 1980s, with the transformation of the region’s political borders, the project was abandoned, leaving hundreds of miles of the Tapline still buried underground. The Tapline remains the only material object to exist across five countries, in a landscape where borders are hotly contested and often violently imposed. By recreating a skeleton of the pipeline with each ring denoting one of the 1,213 kilometers of its length, Tabet makes history literal—he gives it physical weight.

The Dead Sea in Three Parts (2013–16) is a sculpture of polystyrene covered in space-gray mud, a scale replica of the volume of the entire Dead Sea. Tabet cuts this shape into three parts, corresponding with the borders established in 1947 by the United Nations General Assembly when dividing up Palestine. This also split up the Dead Sea, distributed between the territorial regions of Jordan, Israel, and Palestine. When Tabet cleaves open the scale sculpture, only one portion (the Jordanian) can stand erect, and the other two fall to the floor, like sliced cake. 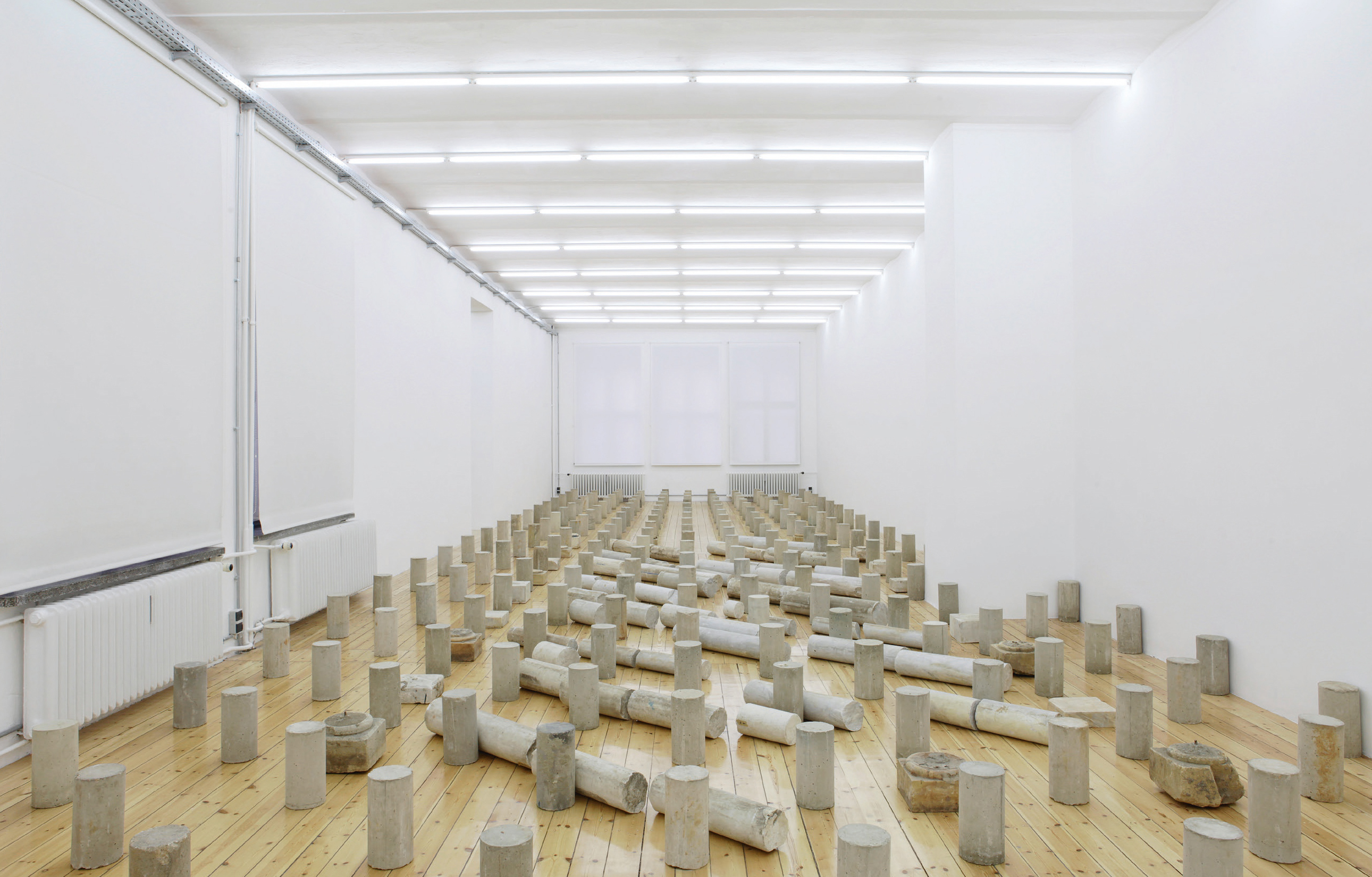 Tabet unflattens cartography by showing the sea’s weight and breadth. While the sea cannot be cut into as easily as cake, nation-state regimes divide it regardless. The mud that covers the sculpture dries with time, slowly gaining a shine as its salty deposits begin to crystallize. Tabet drives our attention to the small, often unchecked details of history, reminding us of the significance of its charged materials." - Skye Arundhati Thomas.

Tabet is one of over a hundred contemporary artists to be featured in Prime: Art's Next Generation, Phaidon's new survey of promising contemporary artists. We asked him a few questions about his life and art.When you've read the story take a look at Tabet's artist page on Artspace. 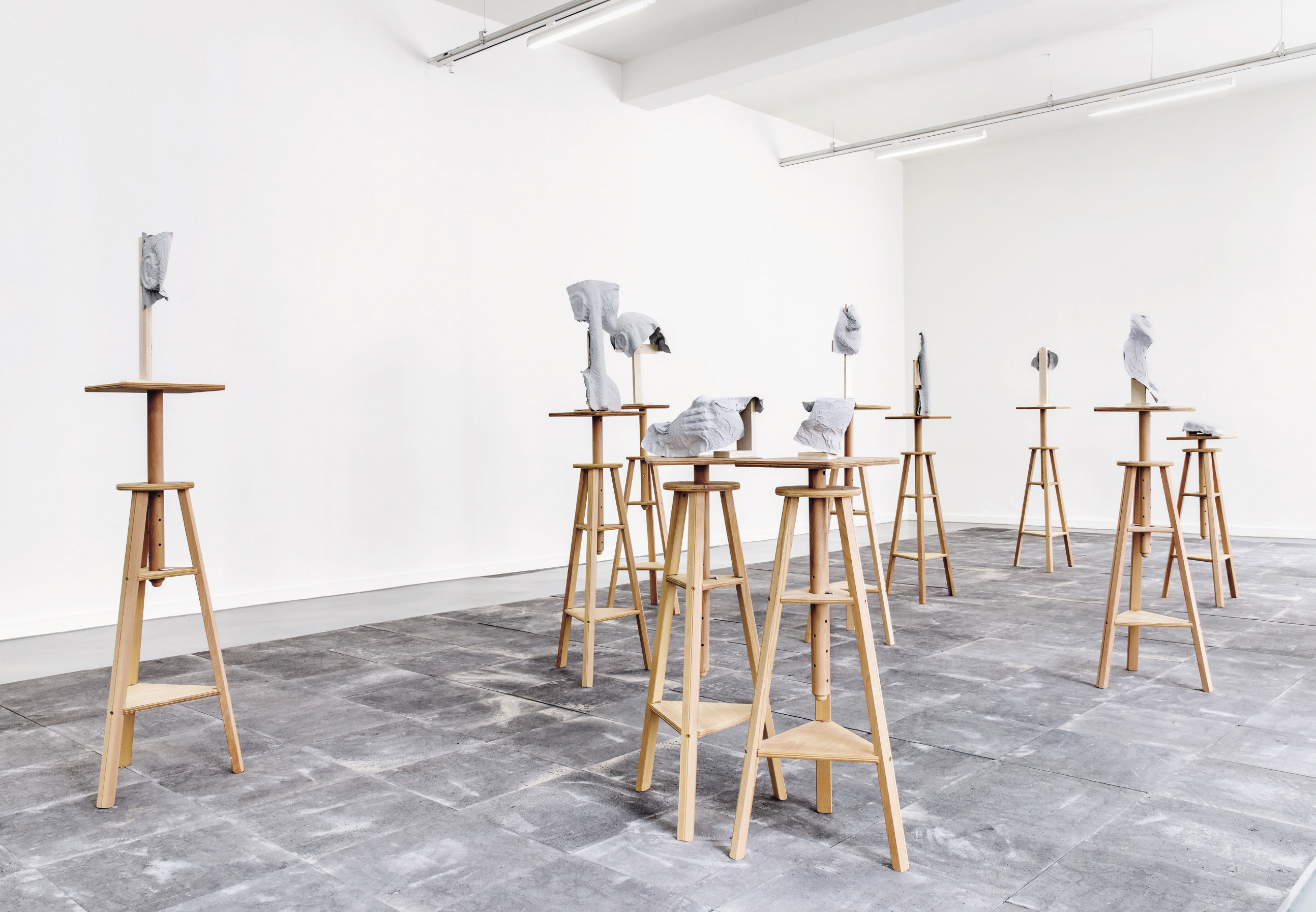 How would you describe what you do? I follow stories, experiences, hunches, places and things where they lead me.

What’s the most exciting thing about where you are in your career right now? Being able to convince others to join the conversation.

How do you get this stuff out? Through endless exercises in repetition.

How does it fit together? It does not - at least not for me - not at the moment.

What do you think categorises your artistic generation? We are a group of “people struggling with the present, [for whom] the past provides (…) an imaginative resource, (…) hoping to secure what can no longer be found in the future” William Cunningham Bissell, 'Engaging Colonial Nostalgia,' Cultural Anthropology 20, no. 2 (2005): 240.

What is a typical working day for you? Living on Pacific Standard Time and working mostly in other time zones, days tend to start very early; then there is a lull, mid-day, where I am, for a moment, in the present of where I live; but soon night time comes, and as I wind down to sleep in San Francisco, Beirut wakes up, and I am stuck looking at a future that has not happened yet. A typical working day is a temporal contradiction.

What are the hardest things for you to get ‘right’ and what are your unique challenges? I have never been able to tell ‘left’ from ‘right’. I am told it is a neurological disorder called “Left / Right Discrimination”. Seems to explain a lot.

In an Instagram age do art books still matter to artists? In lieu of a studio, I work in a library, surrounded by books; they matter to me.

To see more of Tabet's work, and that of the art world's most gifted next generation, order a copy of Prime: Art's Next Generation here.