What We Lose When We Confuse Art Fairs and Exhibitions 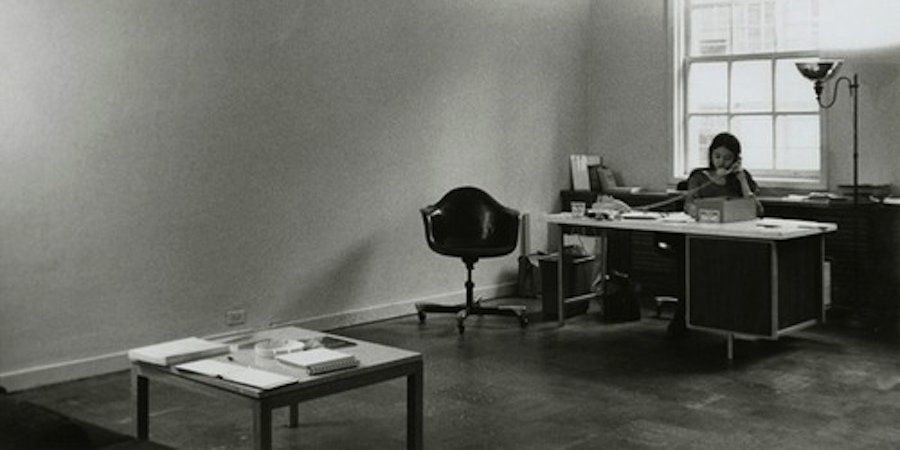 A view of Seth Siegelaub's "January Show" from 1969, with the artist Adrian Piper subbing in as secretary

The line between art fairs and major international exhibitions has become blurred, with carefully coordinated calendars—to ensure that Art Basel and the Venice Biennale, for instance, don't overlap—and similar lineups of special programming. This environment first arose when the postwar expansion of the contemporary art market was complemented by the inauguration and augmentation of biennials, museums, and Kunsthallen. These exhibitions were where artworks met the public, linking individuals together with objects and ideas. Over the past decade, the growth of art fairs has created a type of privatized “public,” uniting art lovers with these objects under the covers of commerce. Reminding ourselves about the distinctions between exhibitions and fairs, however, is critical to the self-awareness of the current art world and the health of the future art world.

Within the context of exhibitions, the public encounters new frameworks for considering and engaging with artworks. As Marcel Broodthaers said, they are "one possibility surrounded by many other possibilities which are worth being explored.” The temporal structure of art fairs, meanwhile, disallows for both diverse modes of exhibition-making and broad contemplative viewership—the conversation and vocabulary surrounding art fairs is too singularly transactional. The most pernicious effect of confusing them with exhibitions? Granting art fairs too much exhibitional affect empowers the current art pricing system, in which capital crushes socio-political discourse.

When meditating on these distinctions, it's helpful to consider two groundbreaking shows about the the philosophical nature of the exhibition: “January 5-31, 1969” and “Traffic.” Both are examples of exhibitions that explored how art was produced, seen, and understood; they also offered examples of canonical movements and characters in contemporary art, expressing critical stages in the evolution of the era's aesthetic thinking.

“January 5-31, 1969,” also known as “The January Show,” was organized on those dates by art dealer Seth Siegelaub in a rented midtown Manhattan office. The complete 32-piece show by Robert Barry, Douglas Huebler, Joseph Kosuth, and Lawrence Weiner existed only as a catalogue, presented through words and photographs that referred to the ideas constituting the artworks—reflecting the conceptual nature of the artworks themselves. The exhibition was a critical example of the publication-as-exhibition-space.

Some decades later the exhibition “Traffic,” at CAPC Museum of Contemporary Art of Bordeaux in 1996, induced Nicolas Bourriaud to formulate a theoretical structure under the rubric of “relational aesthetics” to describe art that was intended to elicit experiences and prompt human interactions, all of which would become part of the work's content. The emphasis on situations and interpersonal experience was incorporated into the exhibition process itself, since a period of working and socializing for the viewers was conceived as part of the exhibition.

These kinds of exhibitions, which advance our understanding of the way artists view the world around us, could never exist within the transactional, object-oriented context of an art fair. Distinguishing between art fairs and exhibitions will allow for the strengthening of a socio-political discourse and a broader vocabulary from which to discuss artworks. To be clear, the art fair is a valid component of the current art world—it simply cannot and should not be the strongest model of display. The overall health of the art world depends upon a non-singular language.

The Flow Chart is a column by the art advisor Heather Flow.


RELATED LINKS:
The Flow Chart: What Henri Rousseau Can Teach Us About How to Look at Contemporary Art

What We Lose When We Confuse Art Fairs and Exhibitions