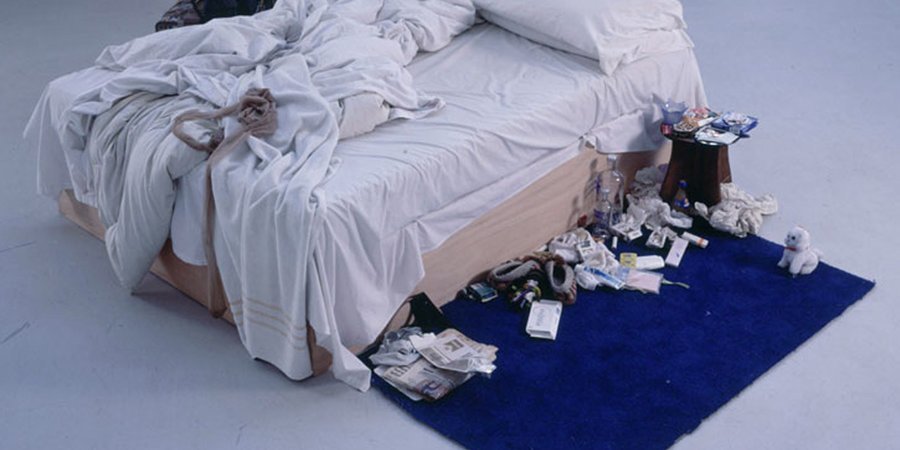 A loose generational cohort of artists rather than a stylistically cohesive movement like the Minimalists or Dadaists, the Young British Artists burst on the London scene in the 1990s with intensely attitudinal artworks that injected brainy, Duchamp-influenced Neo-Conceptualism with a liberal helping of grit, sex, and death. A prime mover behind the so-called Cool Britannia era, when cultural figures from Alexander McQueen to the Spice Girls drew the world spotlight on England, the YBAs made provocative art that was doubly shocking for coming out of London, which hadn't been considered a true art capital since the Victorian era.

Although the artists didn't receive their famous moniker until 1996, when Art Monthly published an article titled "Myth Making: The Young British Artist," they actually made their first splash in 1988 when a young artist named Damien Hirst put on a show called Freeze at the down-and-out Surrey Docks. A recent graduate of Goldsmiths College-where the teaching staff featured the influential artists Michael Craig-Martin and Richard Wentworth—the 23-year-old conceptualist primarily exhibited work by his fellow Goldsmiths classmates, among them Gary Hume, Sarah Lucas, Angus Fairhurst, Mat Collishaw, and Angela Bulloch. Hirst once said that it was "the kind of exhibition that everybody says they saw and hardly anybody did."

One person who saw it was the Iraqi-born advertising magnate Charles Saatchi, who visited the show, was deeply impressed, and bought Hirst's sculpture A Thousand Years, a vitrine featuring a rotting cow infested with maggots, which over time grow into flies only to be killed by a buzzing bug-zapper above. Saatchi became the preeminent patron of the YBAs-which also came to include Tracey Emin, the ChapmanBrothers, Chris Ofili, and others—and bought up entire shows of their work (which he was known to occasionally "flip" for a profit), often from the dealer Jay Jopling, whose White Cube gallery became closely tied to the artists. The tabloids did their part, gleefully decrying the art in lurid headlines, with the Daily Mail warning that the work-from Hirst's cadavers to Marc Quinn's frozen-blood sculptures to Tracey Emin's infamous My Bed—"threaten[s] to make barbarians of us all."

In 1997, a selection of YBA works from Saatchi's collection (including Emin's Everyone I Have Ever Slept With 1963-1995 and Hirst's shark) was shown at the Royal Academy of Art in an exhibition titled Sensation, which in 1999 travelled to New York's Brooklyn Museum. The timing was fortuitous for many of the artists involved. With the Culture Wars still in full pitch, a collage by Chris Ofili titled The Holy Virgin Mary and featuring artfully placed clumps of elephant dung drew outrage from the Catholic community and New York Mayor Rudy Giuliani, who threatened to withdraw funding from the museum. The controversy made the YBAs, who were then still mainly known in England, a worldwide cause célèbre, synonymous with the vanguard of contemporary art.

Over the years, many of the artists—including Hirst, Rachel Whiteread, Gillian Wearing, Chris Ofili, Douglas Gordon, and Fiona Banner—received the Tate's Turner Prize, leading to reliable cries of astonishment from conservative critics. Today the artists continue to profit from their youthful notoriety, and occasionally still find ways to turn the establishment on its head-such as when Hirst staged a $200 million one-man auction at Sotheby's in 1997, on the eve of the global financial meltdown. But, as is inevitable, they have also become embraced by that same establishment, earning ever more accolades and respectability. Tracey Emin, a political conservative, is now a drawing teacher at London's eminent Royal Academy; Damien Hirst received his first retrospective in the summer of 2012, at Tate Modern.

It has long been a joke that the "young" in Young British Artists no longer applies. In fact, with the older generation (Lucian Freud, for one) fast receding, these onetime rebels are now the face of British art.

Who are the new YBAs?  Click here to read about eight up-and-coming British artists destined for success.