Cindy Sherman Made a B-Movie? 10 Famous Artists Who Made Films 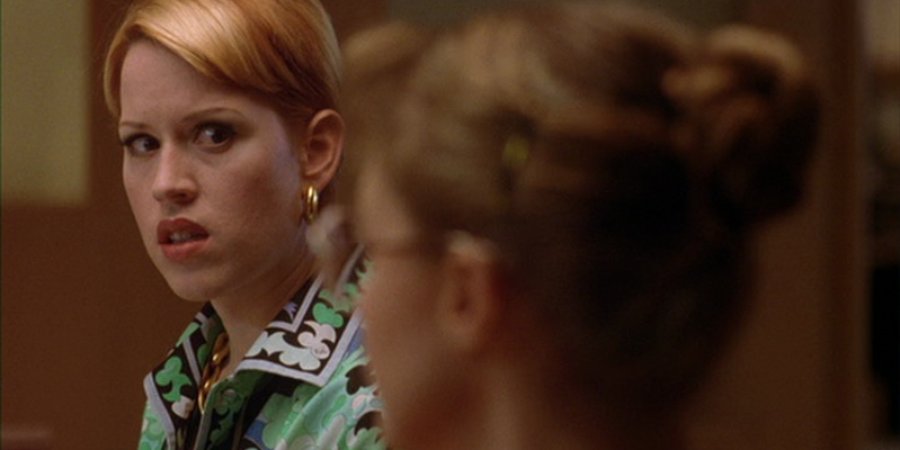 Actor and sometime performance artistJames Franco’s directorial career is really taking off. He will release two films this year alone—As I Lay Dying and Child of God—both of which will have premiered at prestigious festivals by the time they are released. Franco is far from the first artist to make a film, however. In 1929, Salvador Dalí made the Surrealist nightmare Un Chien Andalou (which includes an unseeable image of a woman’s eye being slit by a razor) with Luis Buñuel. It may be common knowledge that artists have been making movies for nearly 90 years, but did you know that Cindy Sherman directed a B-movie horror picture? Here are 10 artists who you maybe didn't know also doubled as filmmakers.

Duchamp made Anémic Cinéma during the 1920s, a decade when artists were just beginning to explore the possibilities of film as an artistic medium. Made by Duchamp’s alter ego Rrose Selavy in collaboration with Surrealist photographer Man Ray, the film shows spinning disks with hypnotic designs and puns in French. Anémic Cinéma shows Duchamp’s interest in trapping a captive audience via a medium that he might have believed was “anemic.” And, maybe it’s just a coincidence, but the opening credits sequence of Alfred Hitchcock’s Vertigo uses a similar conceit.

It’s no secret that Warhol idolized Hollywood stars. His silkscreens of famous actresses like Marilyn Monroe and Elizabeth Taylor became the Pop artist’s most iconic works. What is less known, however, is that between 1963 and 1984 Warhol directed 85 films. Among his most famous are Empire and Sleep, two works that test their viewers’ endurance with single, five-plus-hour shots of the Empire State Building and a person sleeping, respectively. Warhol’s greatest filmic achievement was Chelsea Girls, a non-narrative experiment that followed various residents in the Chelsea Hotel. Presented in split-screen (nearly a decade before filmmakers of the ‘70s popularized the technique), the projectionist could choose which side to give audio at any particular moment. Warhol also directed a segment of “Saturday Night Live” and appeared in Tootsie.

Clark had been photographing teens behaving very badly—shooting heroin, having sex, playing with guns—since the early ‘70s, but it wasn’t until 1995 that the artist branched out with the film with Kids, a controversial work about teenagers dealing with the effects of HIV. Written by provocateur Harmony Korine, Kids inevitably received a polarized response to its realistic, gritty depiction of teenagers in hostile environments. Since its release, the film has been regarded as an important cultural work—and it even spawned the fame of club kids Chloë Sevigny and Rosario Dawson.

The same year that Clark made Kids, Longo, known for his black-and-white photorealistic drawings, directed the sci-fi film Johnny Mnemonic, in which Keanu Reeves plays a data courier who becomes the victim of a battle between a pharmacological company and the Yakuza. Since then Longo has continued to explore themes of power in contemporary society in his art as well.

The 1980s art star found his fame taken to new levels with Search and Destroy, a film executive-produced by Hollywood legend Martin Scorsese. The film, a noir-inflected satire of the American Dream starring Griffin Dunne, has a stellar cast including Ethan Hawke, Dennis Hopper, Christopher Walken, John Turturro, and Rosanna Arquette and was hailed by the 1995 Sundance Film Festival as "a roaring, often exuberant, yet trenchant, commentary on modern life."

Directing a film was a logical move for the prolific photographer, known best for her Untitled Film Stills series, in which she shot women in situations evocative of Hollywood movies. A pulpy horror film might have been less expected from Sherman, however. Office Killer, released in 1997, is violent quasi-satire about an office worker who accidentally kills a co-worker, with the acidic roles filled out by a cast including Molly Ringwald and Jeanne Tripplehorn. Though the film has since been eclipsed by the celebrated core of Sherman’s oeuvre—i.e., her photography—the film has found a cult following, and, recently, scholar Dahlia Schweitzer has completed a book on the film.

For an artist like Emin, whose explicitly sexual works turn heads at every gallery opening, it’s natural that a film would prove an irresistible medium to get into the viscera of a wider audience. With an assist from high-profile director Michael Winterbottom, the YBA’s 2004 semi-autobiographical film Topspot, about a group of teenage girls living in Margate, succeeded: audiences found the film’s graphic sequences of rape and violence to be deeply disturbing, with Emin claiming that the film remained true to her feminist vision.

Barney’s magnum opus, The Cremaster Cycle, may be his grandest work, but the opportunities to see the series of five films are somewhat limited. Barney has stated that none of the six-hour-long cycle will ever be available on DVD, and though the experimental epic about sexual development traveled the world between 2003 and 2004 when the films were the subject of a major exhibition at the Guggenheim, the films have rarely been screened since then. Still, the cycle has developed a cult following, with entire websites devoted to analyzing Barney’s intricate world.

In 2007, Neo-Expressionist painter became one of the few artists to transition from art to film with The Diving Bell and the Butterfly, an adaptation of a former Elle editor’s account of life after a car crash that paralyzed his entire body except for his eye. The film’s emotional story and lush cinematography won two awards at the Cannes Film Festival (including one for Schnabel himself).

McQueen’s politically and socially conscious edge earned him a Turner Prize—and the Caméra d’Or, the prestigious award given to the best director at Cannes. McQueen applied his tough, often personal style to narrative film for the first time in 2008 with Hunger, a character study starring Michael Fassbender as an Irish prisoner starving himself as part of a hunger strike. Then, in 2012, McQueen and Fassbender worked together again for Shame, a visually striking, NC-17-rated portrait of a sex addict. McQueen will continue making character studies with the upcoming 12 Years a Slave, which is already gaining traction as a serious Oscar contender.

Cindy Sherman Made a B-Movie? 10 Famous Artists Who Made Films