An Introduction to Process Art (Or, How Minimalism Went From Pretty to Gritty) 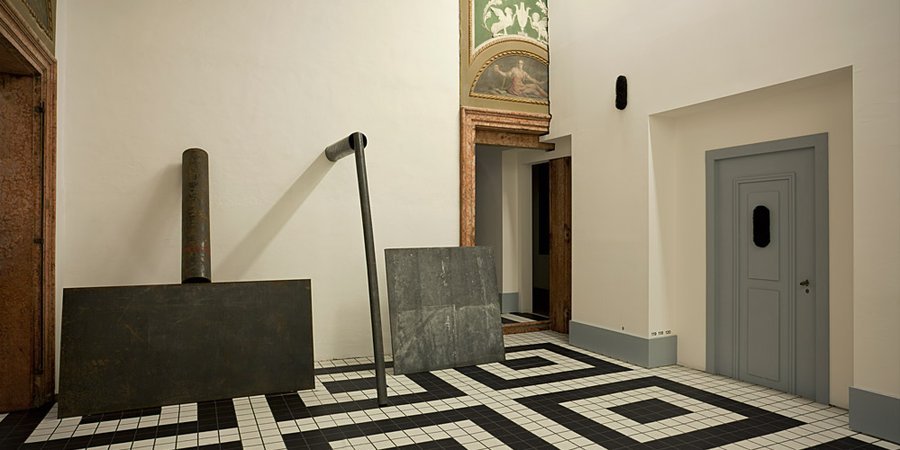 Richard Serra's work on view now in Vencie for the updated version of "When Attitudes Become Form," the important 1969 Bern exhibition that cemented Process art.

The common refrain, “It’s the journey, not the destination,” could make a perfect catchphrase for Process Art. A movement that arose in the 1960s and '70s and has since expanded in definition to describe a general philosophical approach to making art, Process Art places its emphasis on the process and act of artistic creation rather than the actual finished work that comes out of it. In the hands of its original practitioners—including Richard Serra, Lynda Benglis, Robert Morris, Bruce Nauman, and Keith Sonnier—it became a way to marry the conceptual with the physical, bodily realities of working in the studio, and pull back the curtain on the process itself.

To mark the opening of three major shows in Chelsea devoted to Serra, the movement's most famous member, we took a look at the key tenets of this challenging and deeply influential genre.

THE SEEDS OF A MOVEMENT Taking the era's broader move toward Minimalism as its cue, Process Art found its footing in the late 1960s as artists challenged the idea of art meant to be valued and collected in the thriving art market. Two exhibitions cemented Process Art as a movement worth reckoning with in the art world, both in 1969: “When Attitudes Become Form,” curated by Harald Szeemann at the Berne Kunsthalle, and “Anti-Illusion: Procedures/Materials,” curated by Marcia Tucker at the Whitney Museum.

A show that has now achieved legendary status, “When Attitudes Become Form” included seminal work by Eva Hesse, Robert Smithson, Alan Saret, Sonnier, Nauman, Morris, and, of course, Serra. The title itself said it all: here were attitudes, or seeds of ideas, in the form of works that were stacked on the floor or hung on the wall.

The show fully utilized the space, with Richard Artschwager’s Blps! (little fuzzy sculptural doodads that the artist affixed in unexpected places) appearing almost anywhere, and Smithson’s ground-up chalk and mirrors spread out across the floor. Some of the art was transforming before viewers' eyes: an ice sculpture literally melted, for instance. For that show, Serra contributed Shovel Plate Prop, Close Pin Prop, and Sign Board Prop (all 1969)—heavy steel sculptures that leaned against the wall, held there by their own inertia, and clearly telegraphing the physical work that had been required to put them there. The show is currently being re-staged at the Prada Foundation in Venice.

DEFINED BY WHAT IT WASN'T

Given its emphasis on the way art is made, Process Art can sometimes be as much about its description as the thing itself you’re looking at—making the literature around the genre especially important. Morris famously wrote an essay in which he defined “anti-form” as the crux of what Process artists were aiming for, rather than “object-type” art. Fluidity, flexibility, and a rejection of artistic orthodoxies were not just critical when it came to the artists' concepts and materials; it also applied to the way the art was supposed to be displayed. This was not art for the pedestal, but rather for the floor, the corner, or, hanging droopily, from the wall.

It was here that Minimalism—with its clean, Platonically ideal forms and elegance—was an especially important touchstone. Process artists forcefully rejected certain aspects of Minimalist art, turning their backs on its impersonal erasure of the hand of the artist, its immovability, and its celebration of carefully composed forms. They were not alone in reacting to Minimalism: a number of the era's other movements rallied in response to its rising popularity, including conceptual art, Arte Povera, and performance art.

TELL ME WHAT YOU’RE MADE OF Art meant to evolve and set off a chain of events, or processes, inevitably led to the use of uncommon materials. The possibilities were limitless: broken glass, fire, water, grass, wax, felt, and hair were just a few of the substances that made an appearance in “When Attitudes Become Form.” Serra's signature works of the period employed several such materials: lead, which he tried to catch as it was dropped from above in his landmark 1968 film Hand Catching Lead and hurled, molten, against the wall in his Splashing pieces; paint stick, which he has employed with great physical exertion in his drawings and prints; leather, which he has draped in heaps from pegs on the wall; and COR-TEN steel, the megaton material incorporated in his world-famous Torqued Ellipse sculptures. In each piece, the muscularity of the work—present in both its laborious creation and then its resistance to the forces of gravity—reads loud and clear. The physicality of the works' creation is not the only place where process comes to the fore in Process Art—it's also explicitly present in the way that viewers interact with a piece. Take Serra again: the artist frequently works at a huge, overwhelming scale, forcing interlopers to consider the way their bodies relate to his sculptures. They can often walk around, inside, and through the work, feeling its curves and passages mold both their physical space and their visual experience of that space. Other artists' use of uncommon materials—from margarine to ice to peas—only emphasizes the tactile, human quality of such work, with audiences often tempted to reach out and interact with it directly. It's all part of the process.

An Introduction to Process Art (Or, How Minimalism Went From Pretty to Gritty)