He’s been called many things—“obsessive,” “intuitive,” a “painters’ painter”—but the artist Andrew Masullo is nothing if not consistent. Since the early 1990s, his approach to painting has remained essentially unchanged: laboriously rendering his intuitive compositions of shapes and colors on prestretched canvas using only unmixed oil paints, titling the finished products with unrevealing strings of numbers. The results (which have attracted their own juicy descriptors like “riotous” and “oddly monumental”) are uniquely his despite his insistence on commonplace and amateur tools. 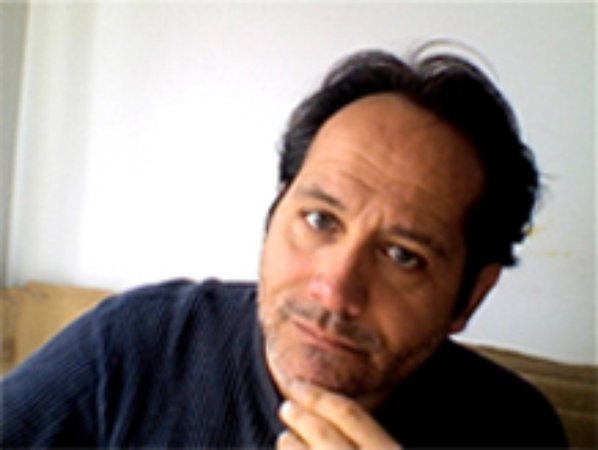 Like most artists who stick to their guns regardless of trends or climate, Masullo’s work has been subject to bouts of public disdain, celebration, ignorance, and enthusiasm as his career progressed and tastes changed. When the work is this good, however, the audience always comes around eventually. It helps that he was included in the 2012 Whitney Biennial and is represented by Mary Boone and Tibor de Nagy, who brought a solo showing of his work to this spring's ADAA Art Show. For his part, the artist seems content to be able to keep making the art he likes, saying simply, “I make paintings, and I do the best job I can.” The following is a brief glimpse into how (and why) he continues to pursue that ideal.

HE WASN’T DESTINED TO BE AN ARTIST 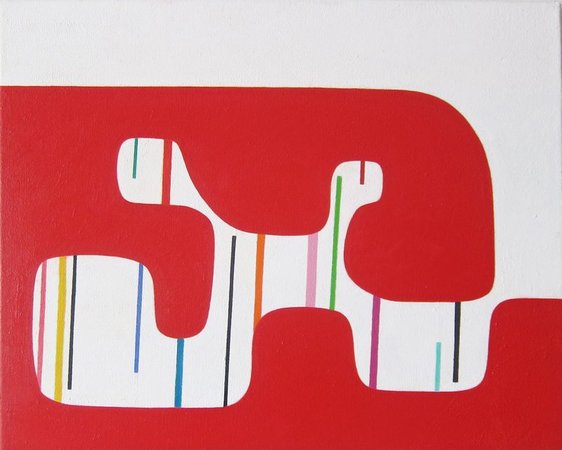 Born to working-class parents in suburban New Jersey, a career as an artist wasn’t exactly in the cards for the young Andrew Masullo. Indeed, his artistic awakening would have to wait until he got to Rutgers in the late ’70s, where a 1977 lecture from a printing professor on the difference between positive and negative space inspired the young man to begin exploring nonrepresentational art in earnest.

Success proved elusive after this collegiate insight; he was fired from an administrative position at the Whitney in 1981 (31 years before being invited back for the Biennial), in part due to his habit of forgoing his office work in favor of ogling the museum’s collection of works by his hero, Forrest Bess. (He’s since claimed that he went so far as to kiss one of the pieces, although he’s careful to note there was no tongue involved.)

Even after being relieved of his institutional duties, it would be almost a decade before he settled on the distinctive painting process he’s known for now. Along the way, he produced a bevy of found-object sculptures, collages, and paintings that eventually found their way into the budding East Village gallery scene of the ‘80s, where he established himself as a serious artist who nevertheless refused to take himself too seriously.

HE KEEPS HIS MATERIALS SIMPLE AND HIS COMPOSITIONS COMPLEX 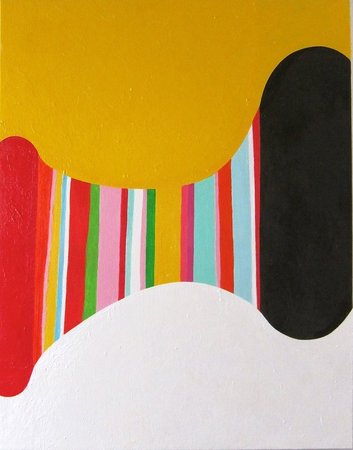 By the time he began the shift to his signature style around 1992, the art world was fully enamored with the conceptual, political, and relational artworks that have come to define the era—and, by and large, painting just wasn’t cool anymore. Masullo’s decision to refocus on the brush and canvas at this time can be read as thumbing his nose at the establishment while simultaneously defending some of its old Modernist strictures, the most salient being the idea of painting as a means to an emotional and almost spiritual end via compositional excellence rather than a Postmodern deconstruction of the practice.

Masullo was more than aware that store-bought canvases and oil paint straight from the tube were considered the provenance of Sunday painters and school kids—real artists mix their own paints and stretch their own canvases, according to the conventional wisdom that still permeates the painting community. Like his earlier sculptures, however, these readymade resources free Masullo from more material concerns and allow him to focus on what really matters to him: the interplay of color and line, the fundamental stuff of painting. 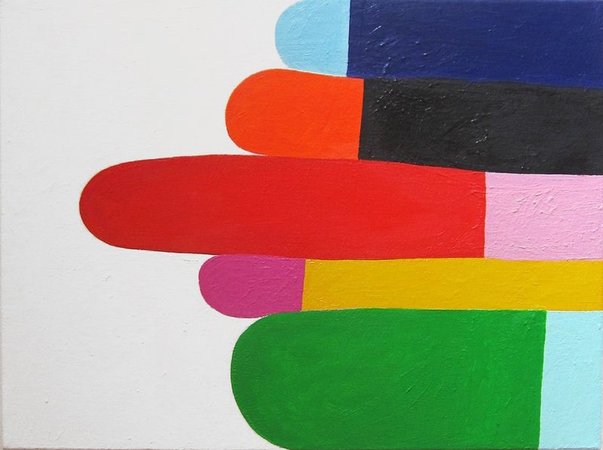 Hand in hand with Masullo’s insistence on simple and available materials is his adherence to what he calls “nonobjective painting.” The term is borrowed from textbook Modernist and Bauhaus instructor Wassily Kandinsky, who famously sought to use the arts in general and painting specifically to foster a kind of spiritual connection between artist and viewer through sui generis creations that refer to the inner life of the soul. Like Kandinsky, Masullo insists that his paintings do not have real-world referents nor even preparatory drawings. Rather, he says, “I start a painting having absolutely no idea what I’m starting.”

In an spontaneous process that can take years to complete, Masullo paints and repaints his small canvases until he feels they’ve resolved themselves, often producing multiple iterations on the same surface to produce a palimpsest-like quality critics can’t seem to get enough of. As he says, again echoing Kandinsky, “I try to serve the paintings… they are personages and souls.”

This effort to give each piece its own identity has led to the diversity of forms that characterize his paintings today, ranging from exuberant, organic whirls to more geometric configurations softened by his decidedly painterly touch. To ensure that viewers remain focused on the arrangement at hand, Masullo titles his paintings only with sequential numbers. Interpreters of his work are left only with his compositions to work with, meaning any insights or emotions they feel are between them and the “souls” of Masullo’s paintings. 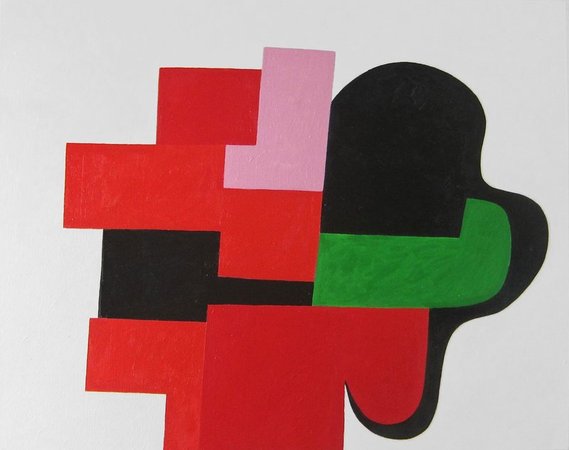 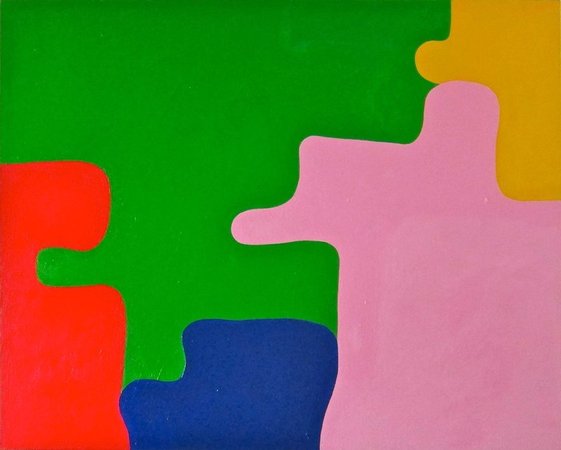 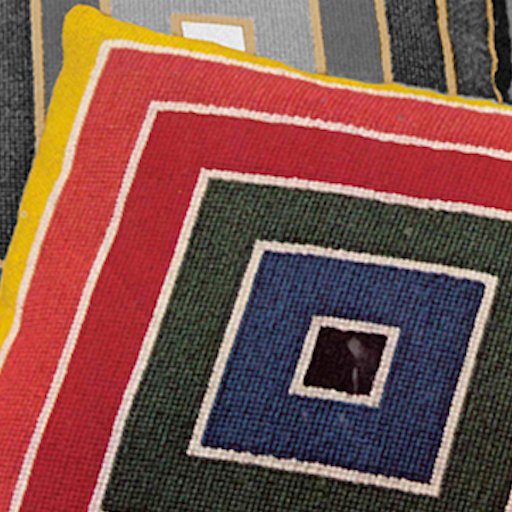 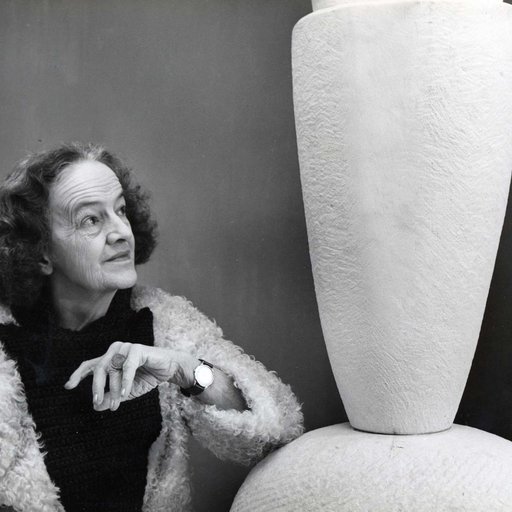 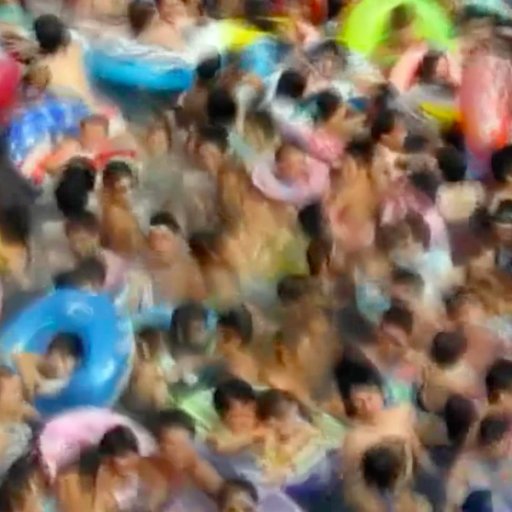