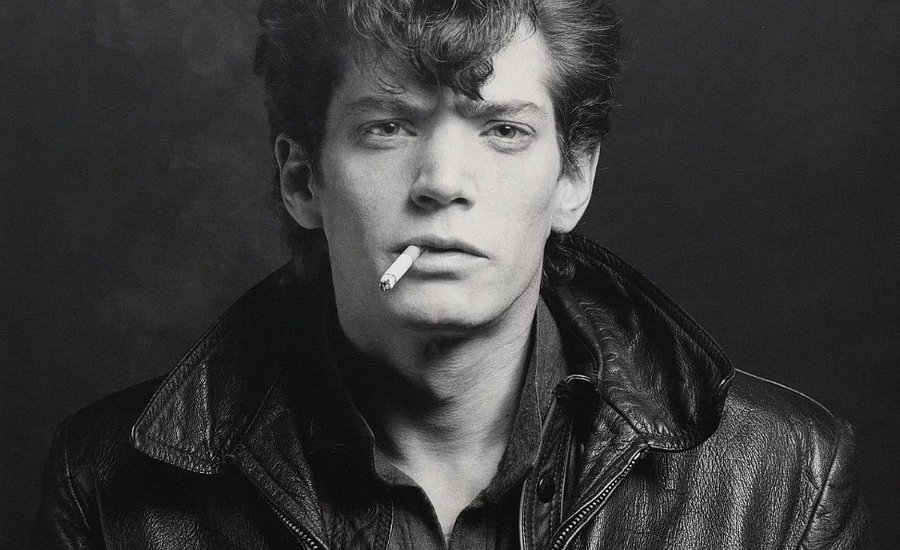 "Self-Portrait" by Robert Mapplethorpe (1980), image via the the Solomon R. Guggenheim Museum of Art

“I want to see the Devil in us all," said photographer Robert Mapplethorpe. "That’s my real turn on.” One of the most prominent photographers of the twentieth century, Mapplethorpe is perhaps best known for his gay BDSM portraits, proving that queerness and erotica were valid subjects, and that photography was a real high art medium. A new solo show of his work, "Implicit Tensions: Mapplethorpe Now," will run at New York's Solomon R. Guggenheim Museum from January 25 – July 10, timed, perhaps, alongside the Mapplethorpe biopic, set to be released in March. The exhibition is set to run in two consecutive stages: the first part will feature Mapplethorpe's works from the museum's collection, which will include some of his early Polaroids in addition to his studio photography. The second part of the exhibit will look at Mapplethorpe's influence on contemporary portraiture. Pulling again from their permanent collection, the Guggenheim will feature works by artists––such as Catherine Opie, Lyle Ashton Harris, and Paul Mpagi Sepuya––whose work was touched (sometimes directly, or sometimes via art historical currents) by Mapplethorpe's legacy.

But Mapplethorpe wasn't always so celebrated. He was, like his friend Patti Smith, once a broke loner hanging out on the Lower East Side. Even after his work began getting career traction, the "extreme" nature of Mapplethorpe's work made it hard for him to get significant U.S. shows within his lifetime. His first major museum show occurred at the Whitney, in 1988, one year before he would die of AIDS. "I just hope I can live long enough to see the fame," he once said. "[Although] if I have to change my lifestyle, I don't want to live."

Robert Mapplethorpe was born on November 4, 1946, in Floral Park, Queens. He majored in Graphic Arts at Pratt, but dropped out in 1969. From 1967-1972, Mapplethorpe lived with musician and writer Patti Smith, who he met the first day she moved to New York. "As it says in the book," said Smith in an interview with NPR about her New York Times best-seller Just Kids, "we woke up knowing that we were no longer alone." Smith and Mapplethorpe also influenced each other’s burgeoning artistic practices: she encouraged him to pick up photography, while he took what would become the iconic album cover for her 1975 album Horses. In 1972, Mapplethorpe met curator and collector Sam Wagstaff, who would become his lifetime mentor, benefactor, and friend. After his tony upbringing (Central Park South, boarding school, Yale), Wagstaff served in WWII and worked in advertising before becoming a curator. The exhibit “Black, White, and Gray,” which he organized in 1964, is now recognized as the first Minimalist Art survey show. After seeing “The Painterly Photograph, 1890-1914” at the Metropolitan Museum of Art in 1973––and, of course, after meeting Mapplethorpe––Wagstaff became convinced that photography was an unrecognized form of fine art. He bought a Hasselblad medium-format for Mapplethorpe, and, in 1972, gave him $500,000 to buy the top-floor loft at 24 Bond Street. The apartment served as both a studio space and a home, allowing Mapplethorpe live rent-free. Sam Wagstaff and Robert Mapplethorpe in a 1974 Francesco Scavullo photo, image via the Scavullo Foundation Joe (1978) by Robert Mapplethorpe, image via the Getty Museum

Robert Mapplethorpe died of AIDS in 1989. He was 42 years old. As Jack Fritscher wrote about Mapplethorpe in a 2016 Guardian article, “I intuited he would die young… I knew from the first to hold him fast… As his healthy beauty time-lapsed fast into the stoic beauty of the dying, he did not like eyes looking back at him through the camera. So he shot flowers and statues and objects that obeyed his direction and made no demands.” While less explicit, Mapplethorpe's flower photographs show the same sensuality and technical expertise as his BDSM portraits. Some, such as Calla Lily (1987), hint at genitals obliquely. Others, such as Iris (1982), seem to just show Mapplethorpe playing with a new subject matter, winkingly proving, perhaps, that he's more than just the guy who photographs sex. A proper survey of these flower works can be found in Mapplethorpe Flora: The Complete Collection, which was recently published by Phaidon. The controversy and censorship surrounding Mapplethorpe’s work was the first round of the “free speech” debates that we are currently going through today. In 1989, curator Janet Kardon was given a National Endowment of the Arts (NEA) grant to do a Mapplethorpe show at the Corcoran Museum in Washington DC; the exhibit was set to include images from Mapplethorpe’s “X Portfolio,” including photos of urophagia and a self-portrait with a bullwhip inserted into his anus. But members of the museum board became furious upon discovering the show's contents, as did members of congress, upset that, via the NEA grant, government money had been used to fund obscene gay content. Religious conservative groups such as the American Family Association also took issue, critiquing what they saw as the state-sponsorship of  "nothing more than the sensational presentation of potentially obscene material." The Corcoran Museum pulled out of the exhibit, which eventually showed at the Washington Project for the Arts to huge crowds. As the ICA pointed out in Imperfect Moments: Mapplethorpe and Censorship Twenty Years Later, "The Corcoran's decision sparked a controversial national debate: Should tax dollars support the arts? Who decides what is "obscene" or "offensive" in public exhibitions? And if art can be considered a form of free speech, is it a violation of the First Amendment to revoke federal funding on grounds of obscenity? To this day, these questions remain very much at issue.” (It is worth pointing out, however, that these free speech debates are different than the ones that we are currently enmeshed in. Mapplethorpe’s case was that of a marginalized person (in this case, a gay man) facing off against the US government; many “free speech” debates today are the reverse, as majoritarian groups, such as white supremacists, seek the write to harm minoritarian groups via speech.)

In 2017, Robert Mapplethorpe’s Self-Portrait (1988) sold for $697,535 at a Christie's auction. In the photo, Mapplethorpe, in his forties, looks at the camera while holding a memento mori cane. To quote Christie’s chairman and head of post-war and contemporary art Francis Outred, “He is staring death in the face.”

The Most Anticipated Solo Museum Exhibitions of 2019

Behind the $100,000 Doors of the Hotel Chelsea: A Brief History of Art and Anarchy 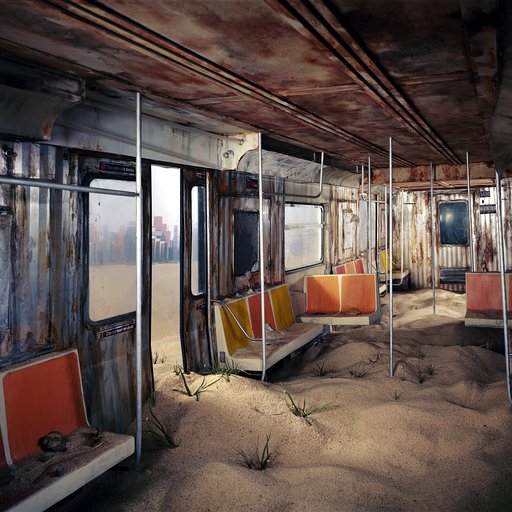 Why Are Miniatures So Creepy? How the Tiny Art Form Effectively Disturbs the Psyche
Read More ▸ 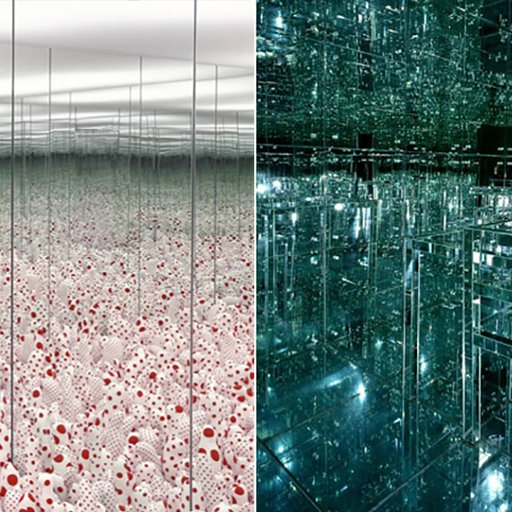 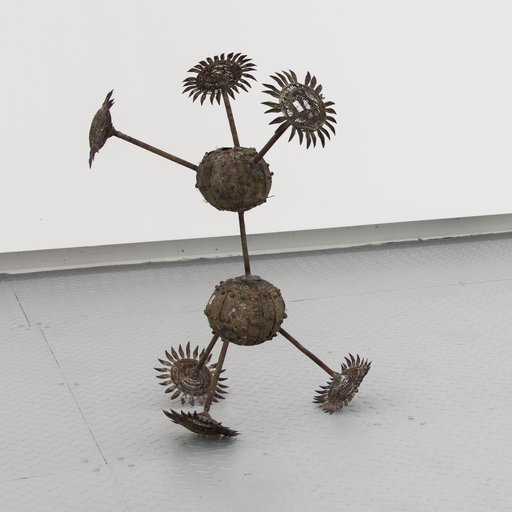 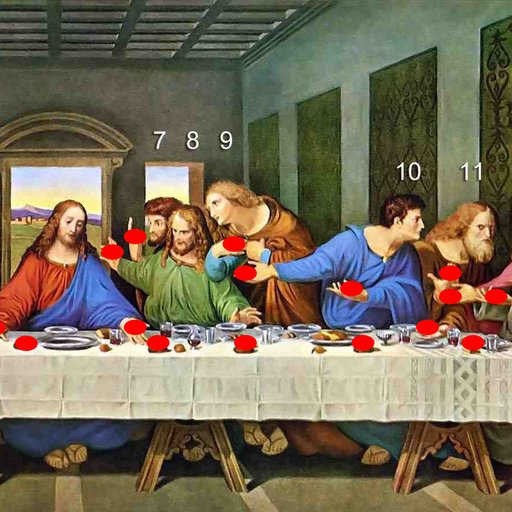