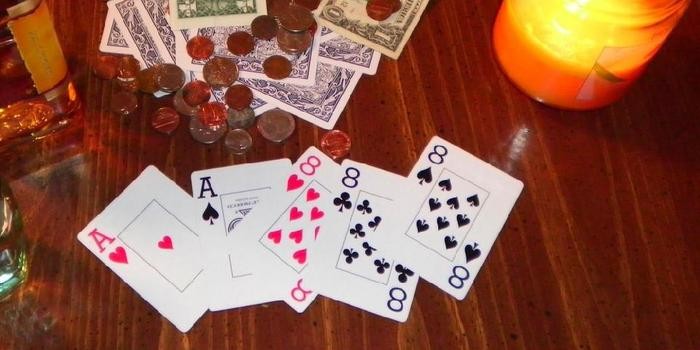 It's not every day that an art story comes along packing enough wallop to send the whole media ecosystem—from the papers of record to the art blogs to the sports pages—into a tizzy, but such a delectable perfect storm has frothed up this week in the form of art dealer Helly Nahmad's spectacular, celeb-studded, mobbed-up downfall. For anyone who hasn't been paying attention (and god knows there were plenty of reasons not to this week, with horrific events happening all over the country), the basic gist of the story is that Nahmad—a 34-year-old dealer and art-world scion who runs a shop out of the Carlyle Hotel—has been accused of running the American operation of an international gambling ring masterminded by the Russian mob, and which uses mixed-martial-arts fighters to enforce debt collection from a pool of poker players that allegedly includes some major names on Wall Street and in the entertainment industry.

"I'm a businessman," he maintains. "I sell a lot of paintings to many collectors; the last few years have been record-breaking for us."

— Helly Nahmad in an old Forbes.com exposé on the art dealing family by Susan Adams

Know Your Artist Residencies — Founded earlier this year by Berlin-based artist Katrina Neumann, the new website “Rate My Artist Residency” compiles ratings of artist residency programs around the world according to the testimonies of past attendees. (Artinfo)

Weiwei Work Smashed in Spain — Though Ai Weiwei is no stranger to broken vases, curators at Andalusia's Contemporary Arts Center in Seville probably weren’t thrilled when an elderly woman stumbled and fell onto one of the 96 aligned jars on display as part of “Ghost Gu Coming Down the Mountain,” the Chinese artist’s sculptural collaboration with Serge Spitzer. (UPI)

Baldessari’s Dead-Body Exhibit Hits Hurdles — First conceived in 1970, John Baldessari’s idea to exhibit a real human cadaver in the style of Mantegna’s 15th-century painting The Lamentation Over the Dead Christ failed to reach fruition in time for the artist’s participation in a group exhibition at Sydney Harbour, though curator Hans Ulrich Obrist still believes it could eventually happen despite “the strict legal framework surrounding death and physical remains.” (TAN)

More MoMA for All — Following last month’s announcement that the Metropolitan Museum will open its doors seven days a week starting in July, the Museum of Modern Art has decided to follow suit and will begin eliminating its lone Tuesday closure as soon as May 1st. (Artforum)

L.A. MOCA Rakes in Big Bucks — In what must set some kind of fundraising record, trustees for the Los Angeles Museum of Contemporary Art have raised over $50 million for the museum over the past month, more than tripling the endowment for an institution that was recently considering a merger with the National Gallery of Art in Washington, D.C., and the nearby Los Angeles County Museum of Art for financial reasons. (LAT)

Unique High Art and UNIQLO Partner — More news from MoMA this week, as the museum has announced that it will be partnering with the hip (and for NYC subway riders, seemingly ubiquitous) Japanese clothing retailer UNIQLO, which apart from launching a recent art-inspired t-shirt series will be sponsoring free Friday nights at MoMA starting May 3rd, when the evening’s first 1,000 visitors will receive a complimentary tote bag. (BlackBook)

Ruscha Sashays Into Time’s Top 100 — Famed painter of text and lover of books Ed Ruscha has claimed a spot on Time magazine’s list of the 100 most influential people of 2013, along with luminaries Jay Z, Barack Obama, and Daniel Day-Lewis, serving as the only visual artist in the “Artists” category, perhaps because the judges saw his terrific show at Gagosian’s Madison Avenue location. (Time)

Abu Dhabi Louvre to Host Sex and Sects — For those art enthusiasts concerned that the Louvre’s expansion into the culturally conservative country of Abu Dhabi might restrict some of the institution's programming, the branch’s curator, Laurence Des Cars, recently announced that the museum will show works dealing with all artistic subjects, even those with controversial themes like sexuality and religion, following its planned opening in 2015. (Independent)

Cordy Ryman Joins Dodge Gallery — The artist (and son of artist Robert Ryman, and brother of artist Will Ryman), who has previously shown in New York with Nicole Klagsbrun and DCKT Contemporary, has signed with Kristen Dodge’s Lower East Side gallery. (Press Release)

Online Art Sales Boom — A new study reveals surprises about the online art market, Colin Gleadell reports, noting that one-of-a-kind paintings and drawings—not inexpensive multiples—actually make up the majority of sales, and that more than a quarter of collectors have spent at least $75,000 on an online art buy. (The Telegraph)

Sharks and Supermodels —Palgrave publishing house has bought economist and The $12 Million Stuffed Shark author Don Thompson’s forthcoming The Supermodel and the Brillo Box, a book about the new age of art-selling that will focus on markets in China, the Gulf, and online. (Publishers Marketplace, sub. req'd)

Frieze New York Sculptures Announced — The sculpture park at Frieze New York, which is conveniently situated adjacent to both the fair and the East River waterfront, has announced the works that will be on display at this year’s fair, including sculptures by Franz West and Saint Clair Cemin, as well as an inflatable 80-foot-tall balloon dog by Paul McCarthy. (Frieze New York)

Notable Names at Cutlog — The French art fair Cutlog, making its New York debut during May’s Frieze Week, has released its exhibitor list, with the Hole, RH Gallery, House of the Nobleman, and Lambert among the nearly 50 galleries. (Press release)

Hope Against Hopi Auctions Falls Flat — Despite continued protests and Robert Redford’s 11th-hour plea, 70 masks belonging to the Hopi tribe of Arizona were sold at auction by Néret-Minet Tessier & Sarrou last Friday, pulling in over $1.2 million, well over its pre-sale estimate of $1.04 million. (Le Monde)

Early Rauschenbergs Head to Christie's — As part of its spring contemporary art sales, the auction house will be offering four works-on-paper that the artist made between 1952 and 1953—while he was on a European grand tour with Cy Twombly, his lover at the time—and they're being put on the block by Robert Rauschenberg's apparently stoic ex-wife, the artist Susan Weil, who was married to him during the period. (NYT)

Following in the tradition of Jeff Koons, Louise Bourgeois, and Takashi Murakami, each of whom have shown large-scale sculptural works in Rockefeller Center, Swiss artist Ugo Rondinone will be bringing nine 20-foot-tall figures he carved out of bluestone to the plaza, each of which weighs over 17 tons, in what will be the first art installation at the location since 2008 (besides the annual Xmas tree, of course). (NYT)

To celebrate John D. Rockefeller, Jr.’s gift of the Unicorn Tapestries to the Cloisters 75 years ago, an act that coincided with the institution’s opening, the Metropolitan Museum of Art will gather approximately 40 works that deal with the mythical creature in an exhibition opening this May. (Met) 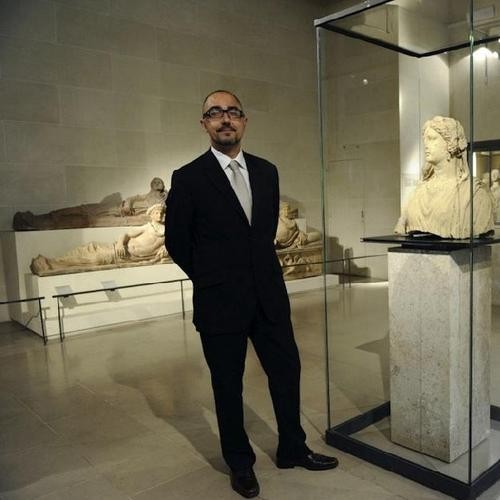 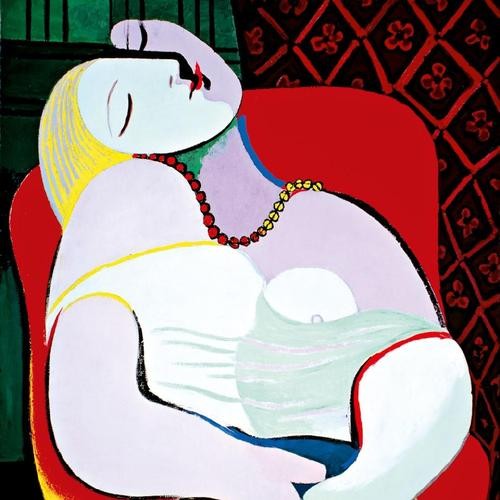 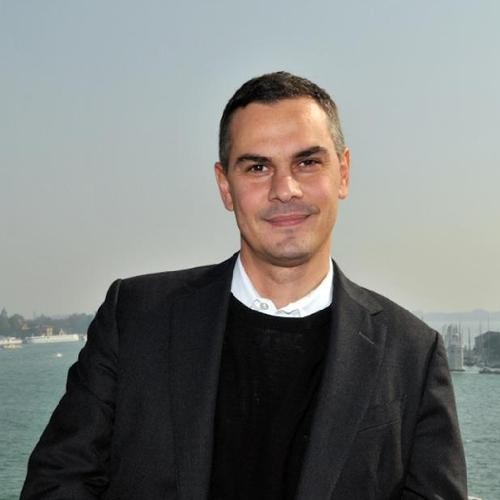 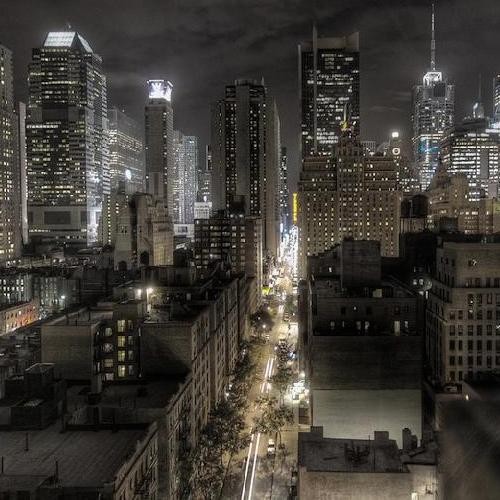 Are These NYC's 50 Most Promising Artists?
Read More ▸