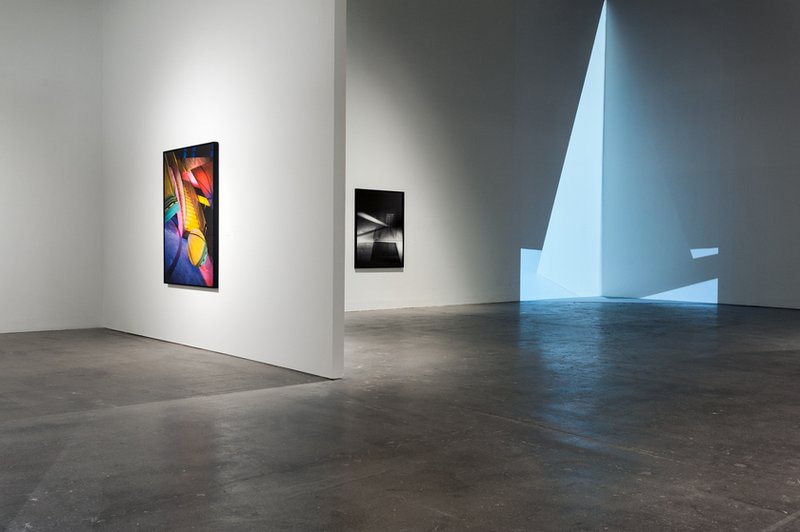 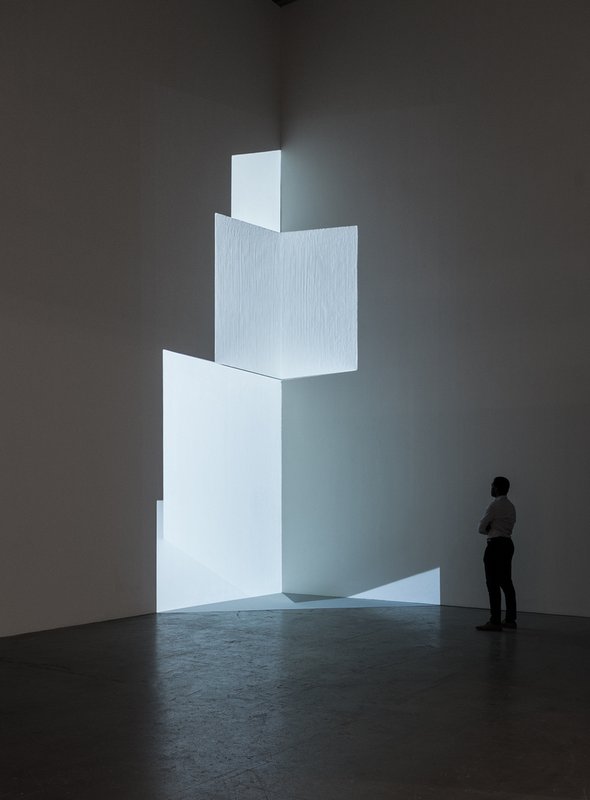 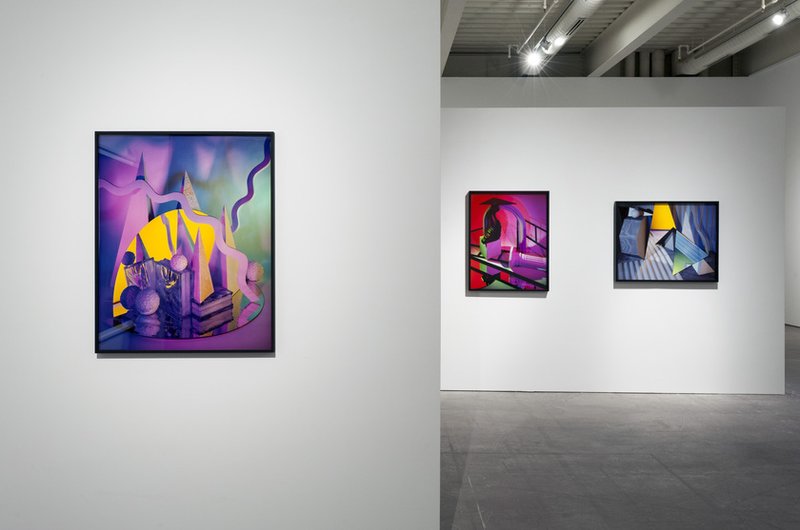 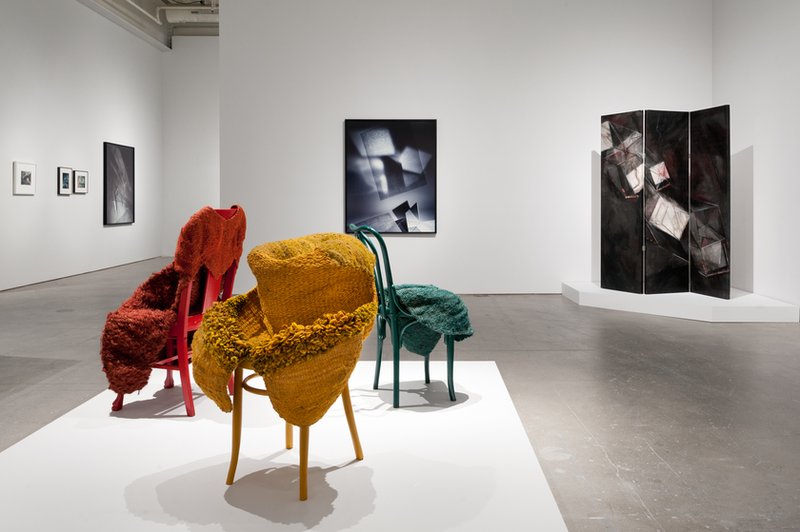 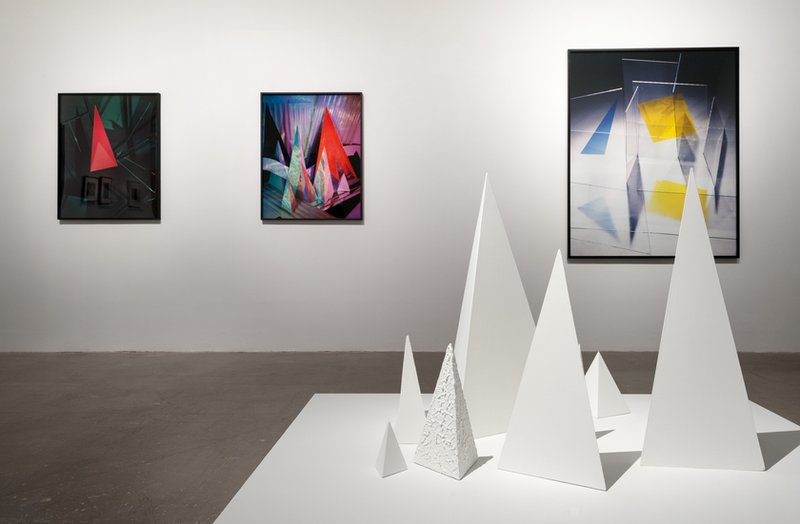 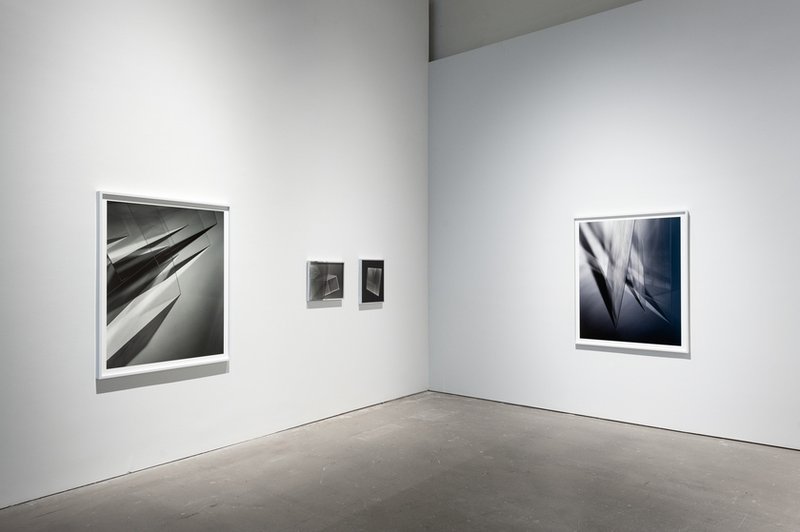 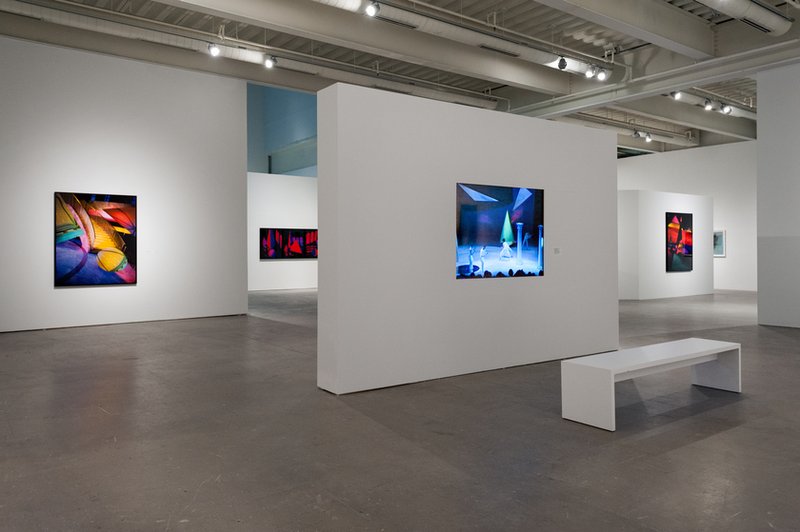 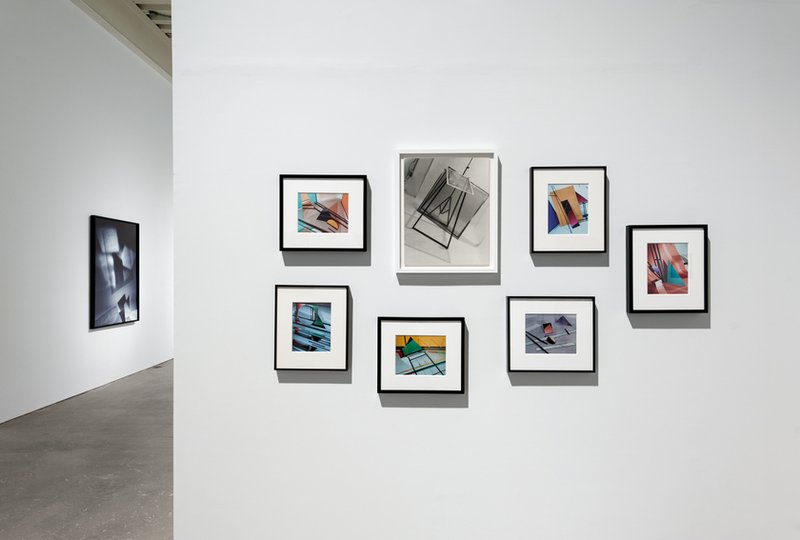 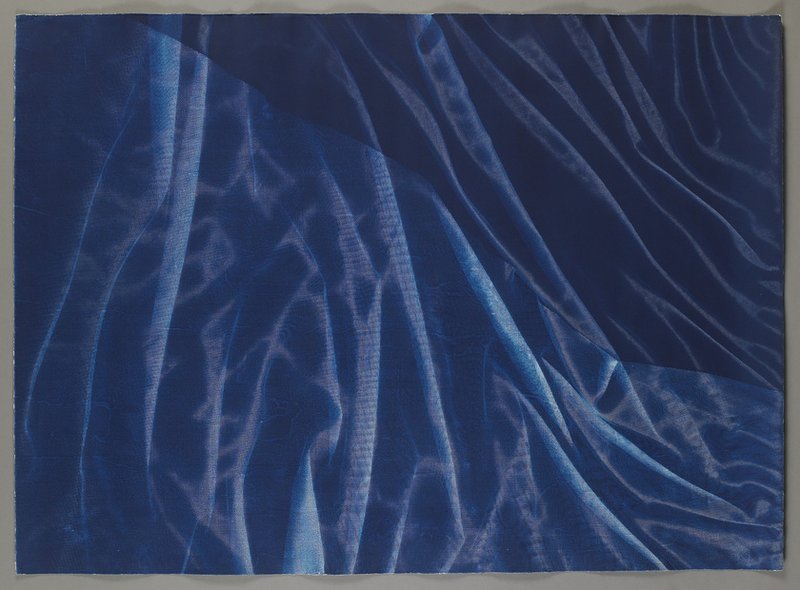 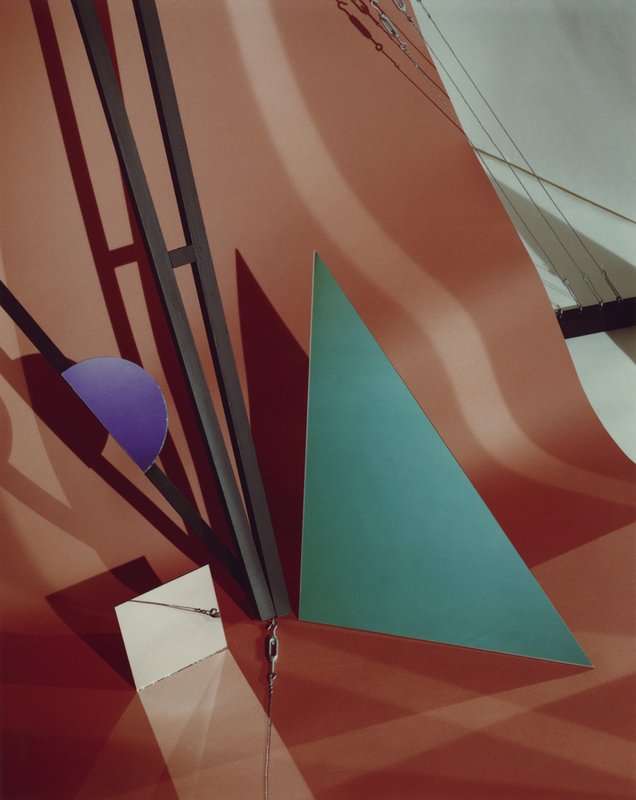 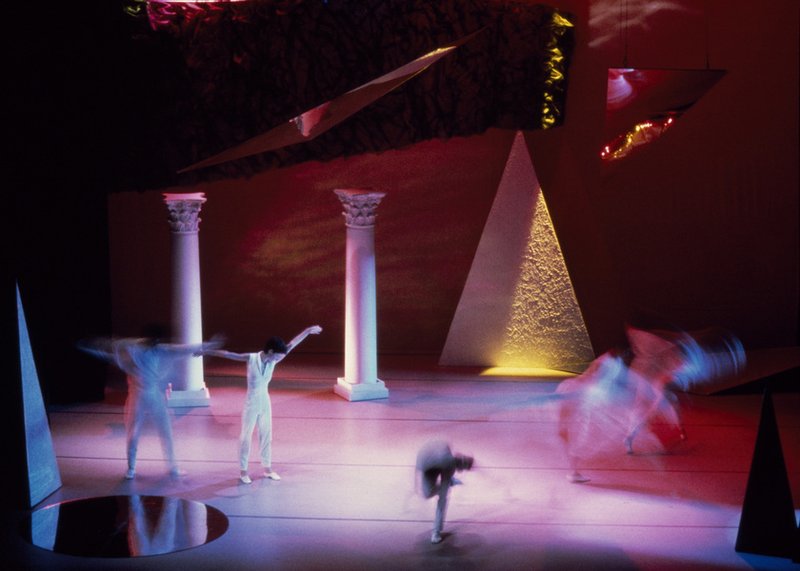 Inside / Outside: Stages of Light 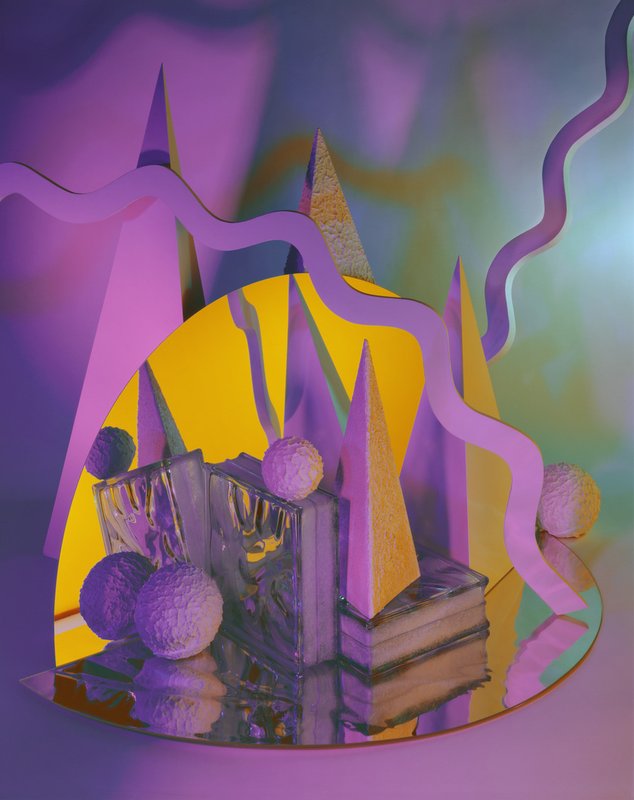 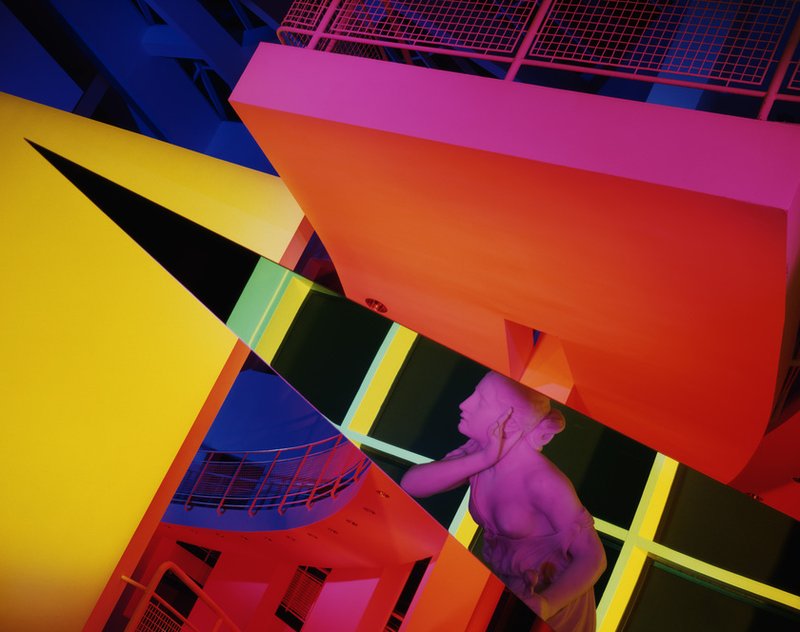 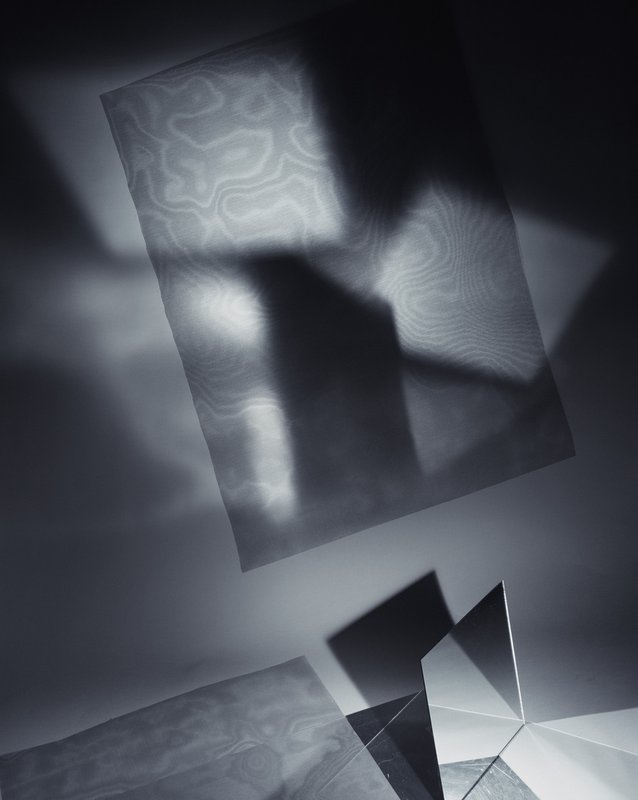 Barbara Kasten: Stages is the first major survey of the work of artist Barbara Kasten. Widely recognized for her photographs, since the 1970s Kasten has developed her expansive practice through the lens of many different disciplines, including sculpture, painting, theater, textile, and installation. Spanning her nearly five-decade engagement with abstraction, light, and architectonic form, this exhibition situates Kasten’s practice within current conversations around sculpture and photography. Kasten’s interest in the interplay between three- and two-dimensional forms, her engagement with staging and the role of the prop, her cross-disciplinary process, and her new approaches to abstraction and materiality are all intensely relevant to the present artistic moment, resulting in a new generation of artists who have drawn inspiration from Kasten’s aesthetic and method.

Kasten’s work has roots in the unique and provocative intersection of Bauhaus-influenced pedagogy in the US, the California Light and Space movement, and postmodernism. Taking its cue from the multiple ways in which Kasten herself has staged her work, both in the studio and on site, the exhibition makes links between her more well-known photographic series of studio constructions and architectural interventions and her earliest fiber sculptures, mixed media works, cyanotype prints, and forays into set design. In addition, Kasten will create a new site-specific installation in the ICA galleries.