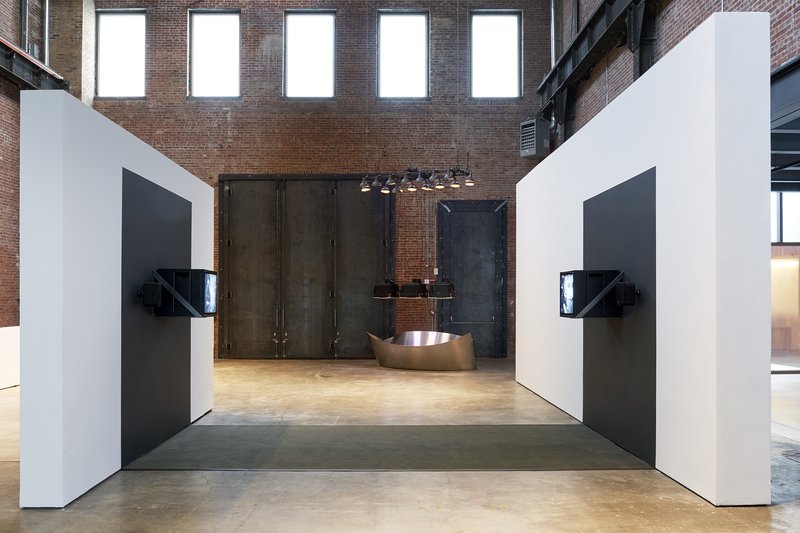 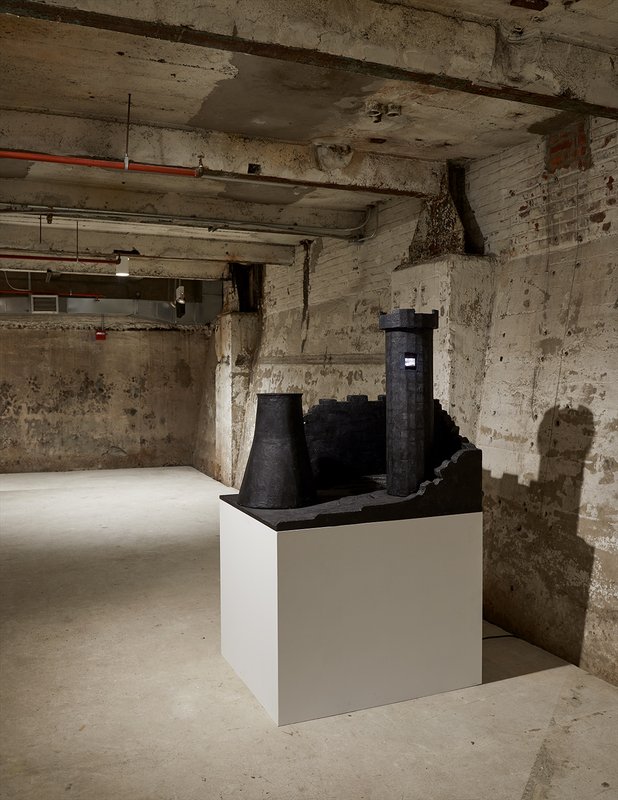 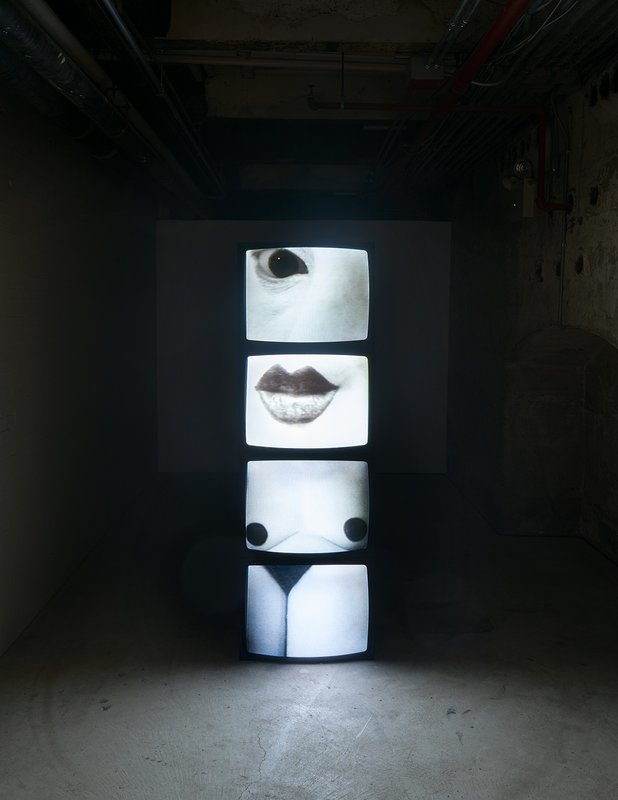 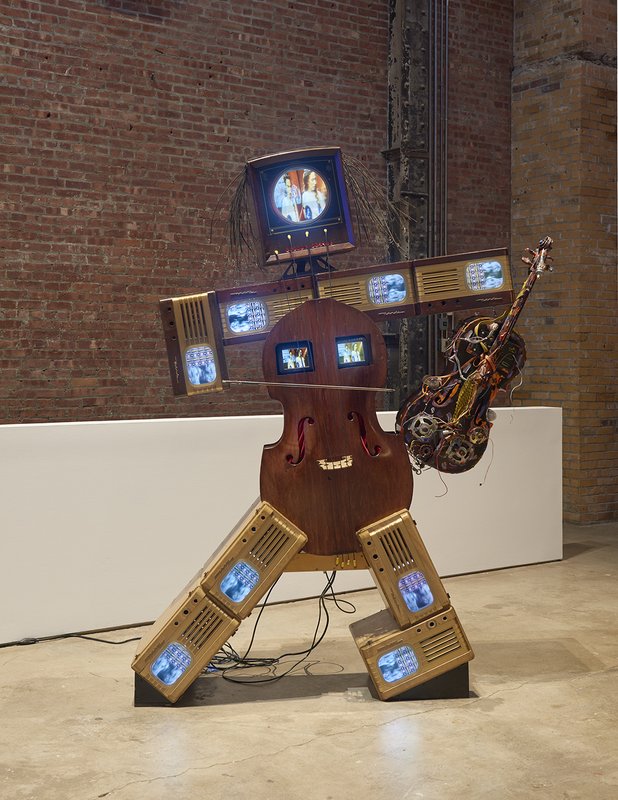 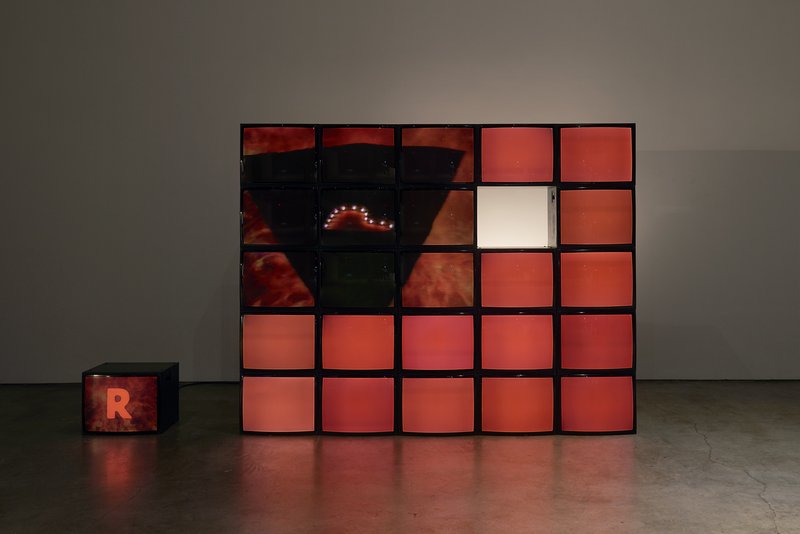 Before Projection: Video Sculpture 1974-1995 shines a spotlight on a body of work in the history of video art that has been largely overlooked since its inception. The exhibition explores the connections between our current moment and the point just before video art was transformed dramatically by the entry of large-scale cinematic installation into the gallery space. Before Projection, which debuted at the List Visual Arts Center at MIT last spring, presents a re-evaluation of monitor-based sculpture since the mid-1970s with a tightly focused survey of works that have rarely been seen in the last twenty years.

"Before Projection charts a history of video art that is coextensive with some of the most important developments in sculpture in the late twentieth century," said Mary Ceruti, Executive Director and Chief Curator of SculptureCenter. "By presenting canonized figures alongside artists who have rarely exhibited in the United States, this exhibition provides a new look at the historical context for artists working in sculpture, video, and installation and across media today. I am thrilled to bring this important history and many of its under-recognized exponents to audiences in New York City."

From video art's beginnings, artists engaged with the sculptural properties of the television set, as well as the possibilities afforded by juxtaposing multiple moving images. Artists assembled monitors in multiple configurations and video walls, and from the 1980s onward incorporated TV sets into elaborate environments and architectural settings. In concert with technological advances, video editing and effects also grew more sophisticated. These video works articulated a range of conceptual and thematic concerns related to the television medium, the still and moving image, seriality, figuration, landscape, and identity. The material heft of the cube monitor (before the advent of the flat-screen) anchored these works firmly in three-dimensional space. Before Projectionfocuses on the period after very early experimentation in video and before video art's full arrival—coinciding with the wide availability of video projection equipment—in galleries and museums alongside painting and sculpture.

Ernst Caramelle's Video-Ping-Pong (1974) examines the relationship between the human body and video through a recording of a Ping-Pong match, which plays on two monitors mounted on AV carts at approximately eye level and positioned in front of a "real" Ping-Pong table. The early two-channel video installation Attack Piece (1975) by Dara Birnbaum consists of two monitors facing each other: one shows a series of still photographs of men armed with Super 8 cameras intruding on the photographer's (Birnbaum's) visual field, while the opposing monitor presents the film footage of her taken simultaneously (and transferred to video), such that the spectator becomes caught in a visual attack field that considers the apparatus of the camera, gender dynamics, and the relationship between celluloid and the electronic video signal. For Equinox (1979/2016), a subversive meditation on nature and video, Mary Lucier trained her video camera on the sun for twelve consecutive days, burning the camera tube and leaving more and more marks on the images, which are presented on seven pedestal-mounted monitors of increasing size. In Shigeko Kubota's River (1979-81), three monitors are mounted facedown above a trough filled with water, which reflects images including those of the artist swimming in gentle waves; the work contemplates the flow of the electronic signal and Kubota's idea of video as "liquid reality." Takahiko Iimura's TV for TV (1983), performs the humorous gesture of turning two television sets screen to screen so that the unrelenting broadcast signal plays only to technology itself. Maria Vedder's rarely shown PAL oder Never the Same Color (1988), which was reconstructed for the exhibition, represents one of the earliest video wall systems. It looks at the different broadcast standards established in Europe and North America—PAL and NTSC—while considering their aesthetic and geopolitical implications. In her early work Snake River (1994), Diana Thater, who represents a younger generation of artists working in video, utilizes three monitors, each displaying footage in one of the three colors—red, green, and blue—that together make a full-color image on a CRT monitor. This tactic makes visible the "additive" system of color mixing, which is usually imperceptible, highlighting not only technological standards but also the mechanics of human visual perception.

Before Projection: Video Sculpture 1974-1995 is organized by Henriette Huldisch, Director of Exhibitions and Curator, MIT List Visual Arts Center. The presentation at SculptureCenter is organized by SculptureCenter Executive Director and Chief Curator Mary Ceruti. The exhibition is accompanied by a fully illustrated catalogue edited by Henriette Huldisch with additional contributions by Edith Decker-Phillips and Emily Watlington, published by Hirmer Verlag in association with the MIT List Visual Arts Center.