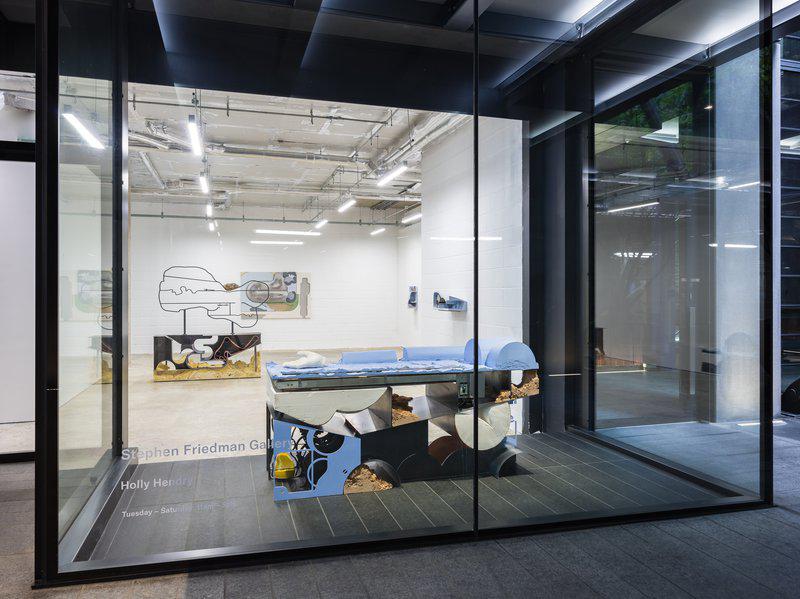 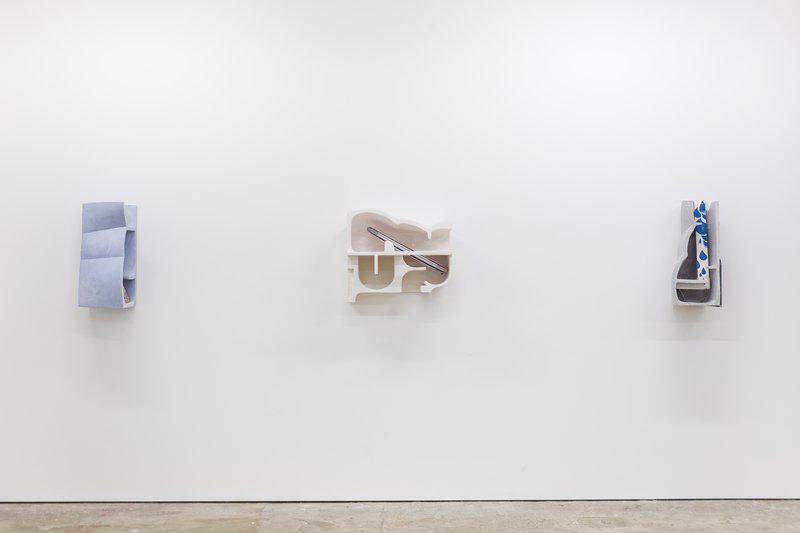 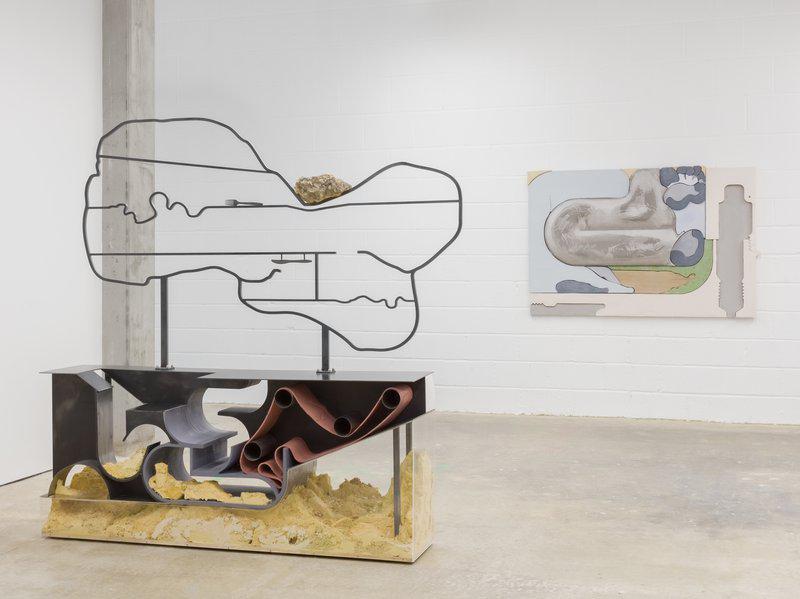 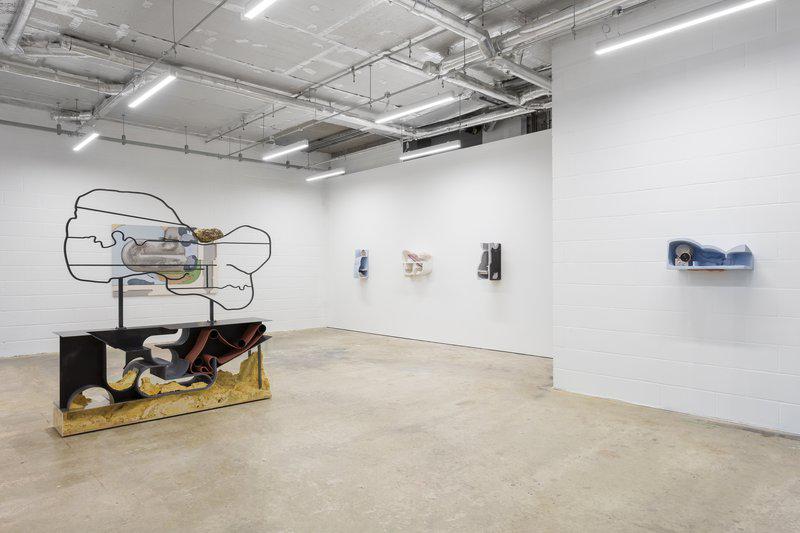 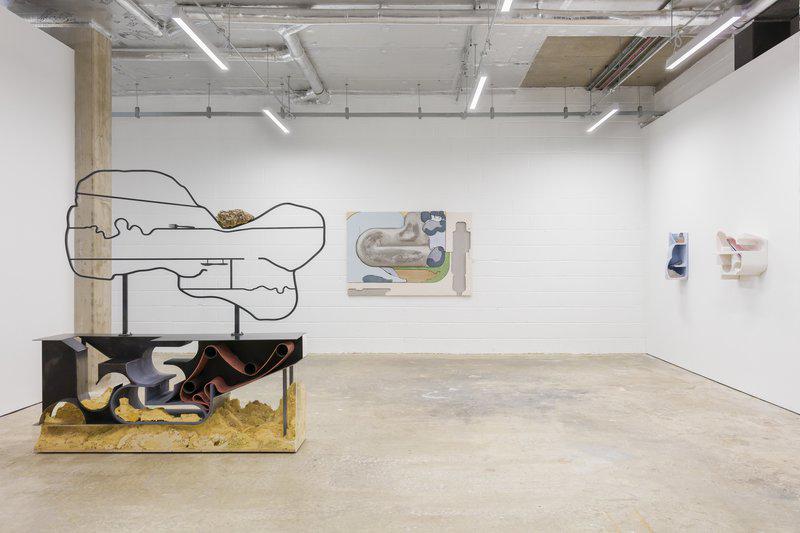 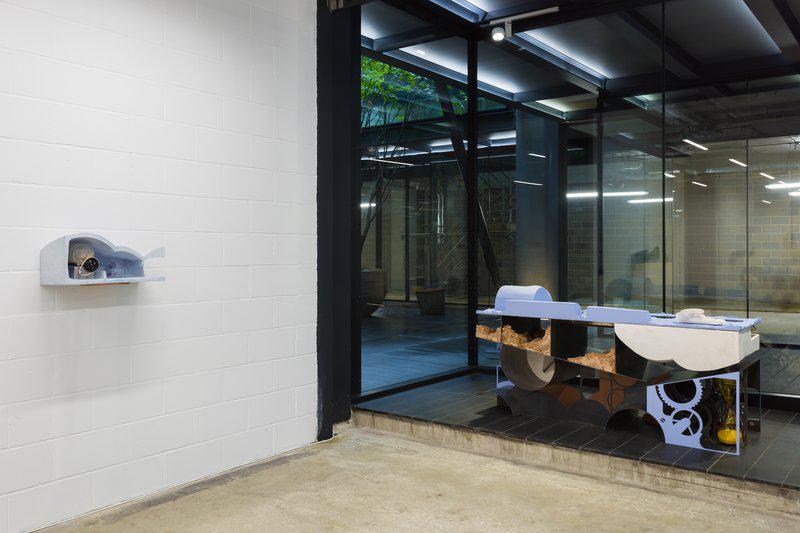 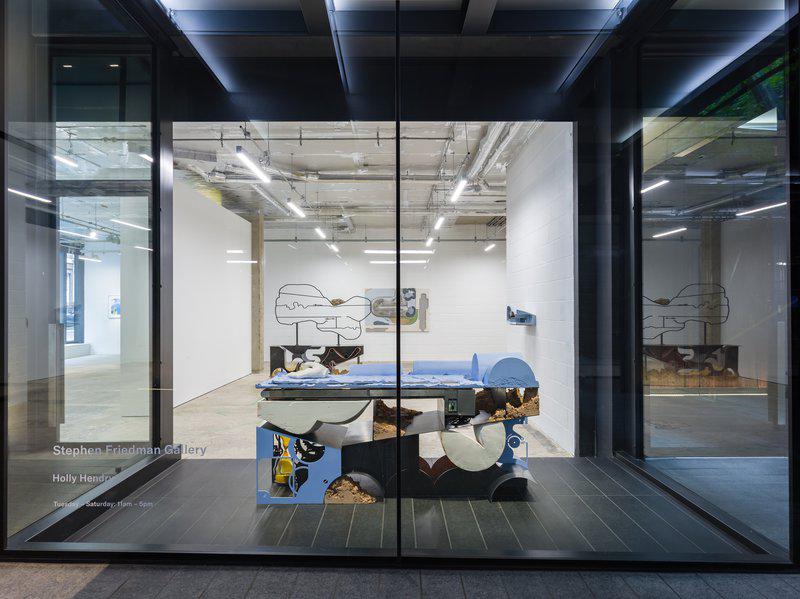 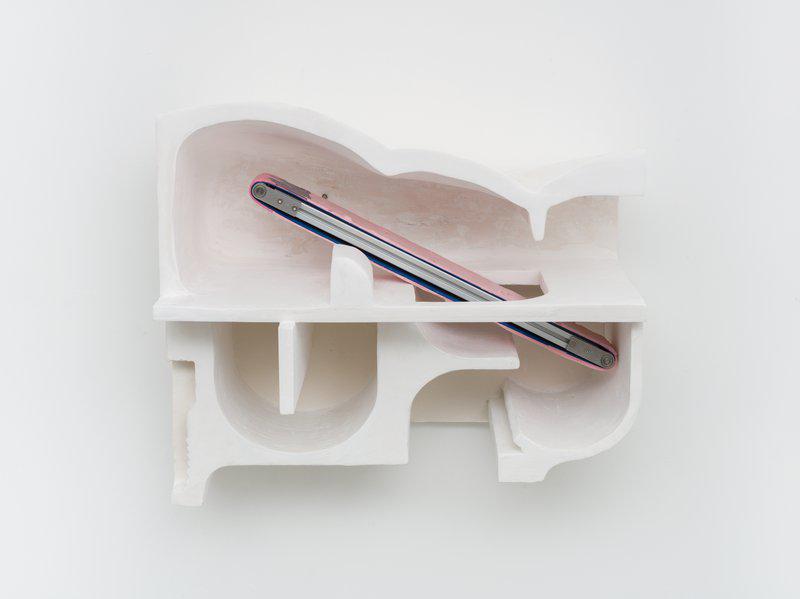 Stephen Friedman Gallery is pleased to present a selection of new works by British sculptor Holly Hendry. Initially intended for Frieze London, the gallery will present Hendry’s solo project in a specially designed space at 30 Old Burlington Street in October.

Hendry’s large site-responsive sculptures and installations are concerned with what lies beneath the surface and the idiosyncrasies of the human body in all its lived, material and messy forms. Casting is central to the artist’s process, using an array of materials including steel, jesmonite, silicone, ash, charcoal, lipstick, soap, foam, marble, aluminium and grit.

In this new group of sculptures, Hendry incorporates sections of disembodied portraits that reveal their interior workings, taking formal inspiration from defunct machinery and diagrammatic depictions of anatomy. The works on view, several of which have kinetic elements, explore the blurred relationship between our bodies, emotions and mechanisation – stuck on repeat or requiring continual maintenance.

A solo show of new works and a large-scale outdoor commission by Hendry will be unveiled at De La Warr Pavilion, Bexhill-on-Sea, in 2021.

Holly Hendry (b. 1990, London) works and lives in London. She had a solo exhibition at Yorkshire Sculpture Park titled ‘The Dump is Full of Images’ earlier this year. Her installation Deep Soil Thrombosis was included in the Biennale de Lyon 2019. In 2018, Hendry was chosen by Helen Pheby, Head of Curatorial Programme at Yorkshire Sculpture Park and Selfridges, as the inaugural artist for the co-curated Art Block in Selfridges’ flagship store in London. The artist created the monumental sculpture Cenotaph for the Liverpool Biennial in the same year. The work was included in the Biennial’s touring programme and shown at The Tetley, Leeds, in June 2019.