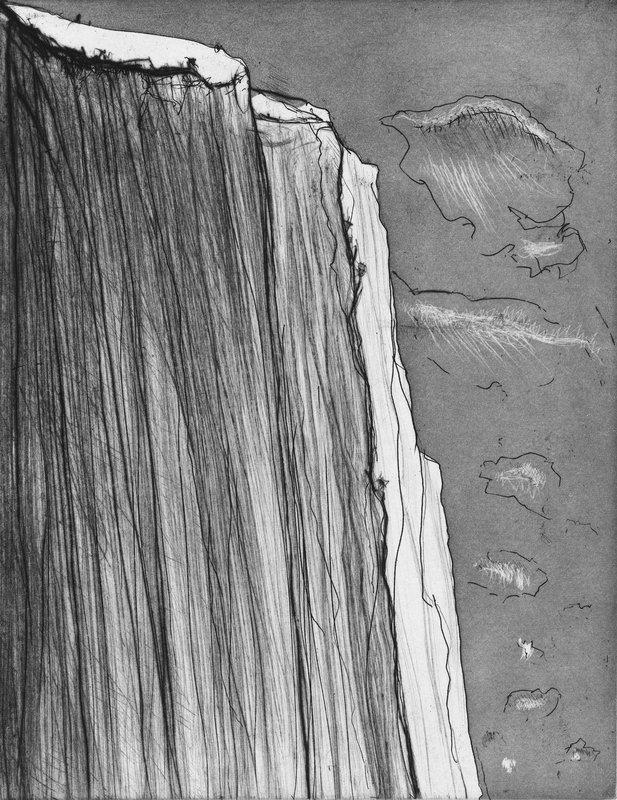 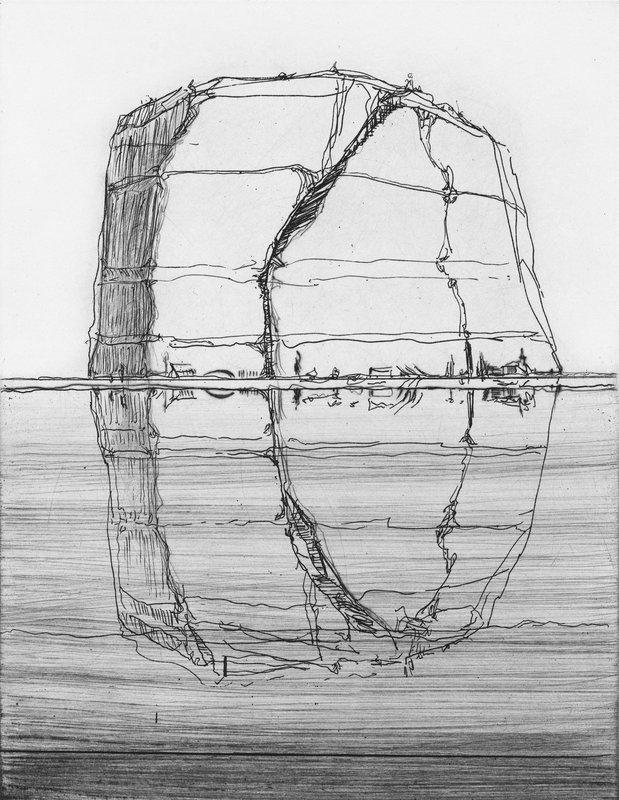 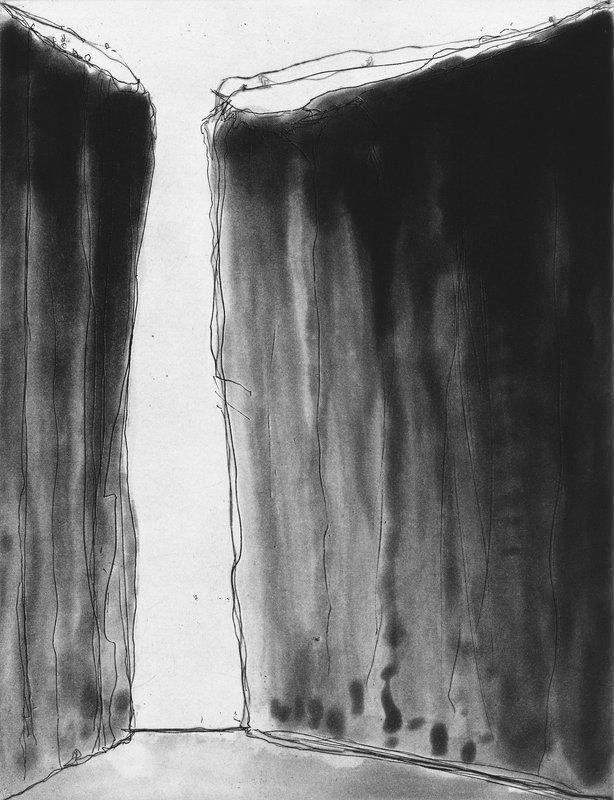 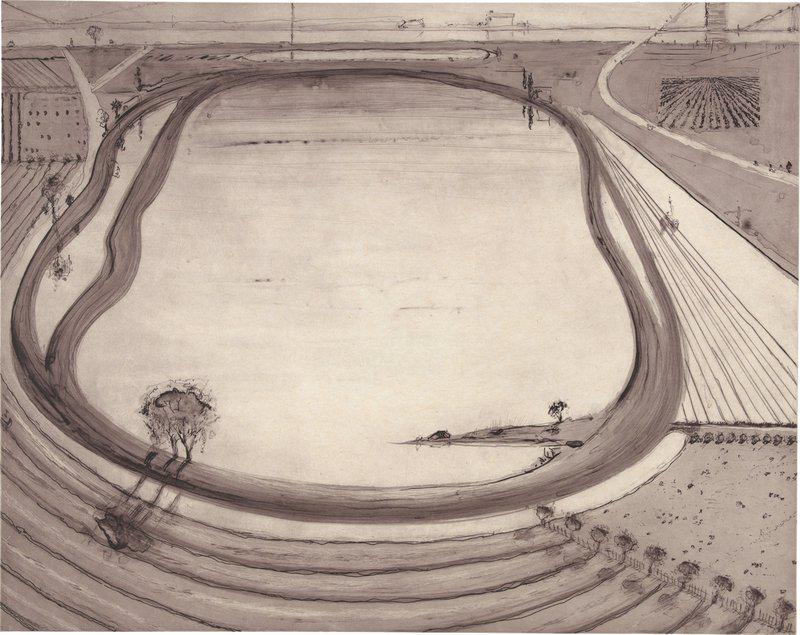 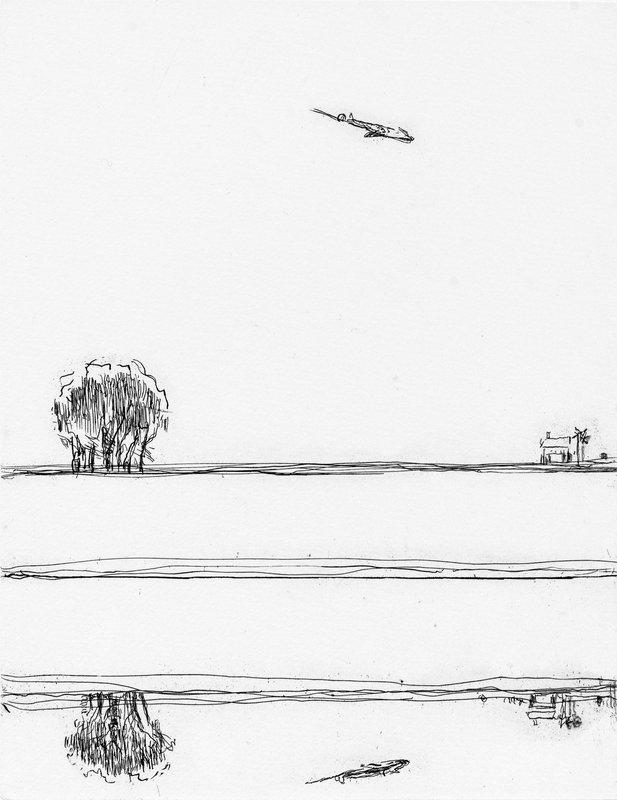 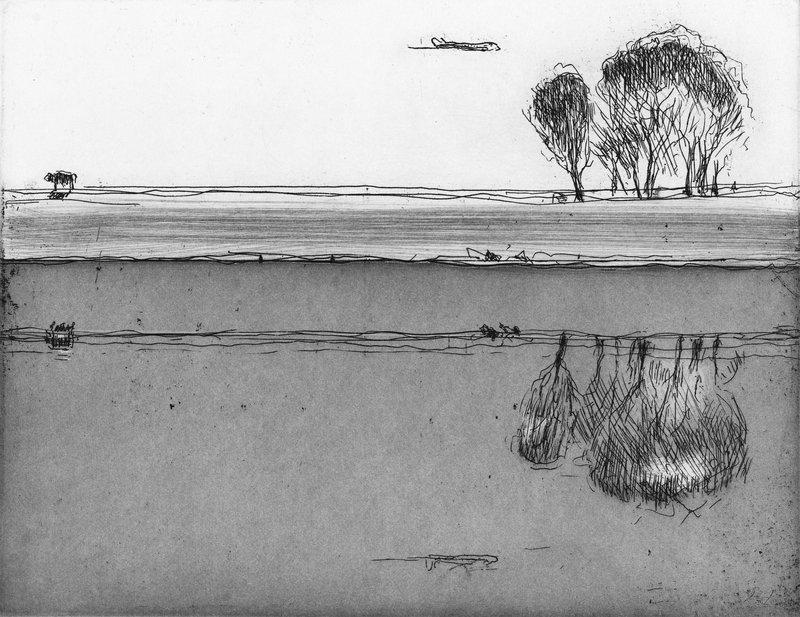 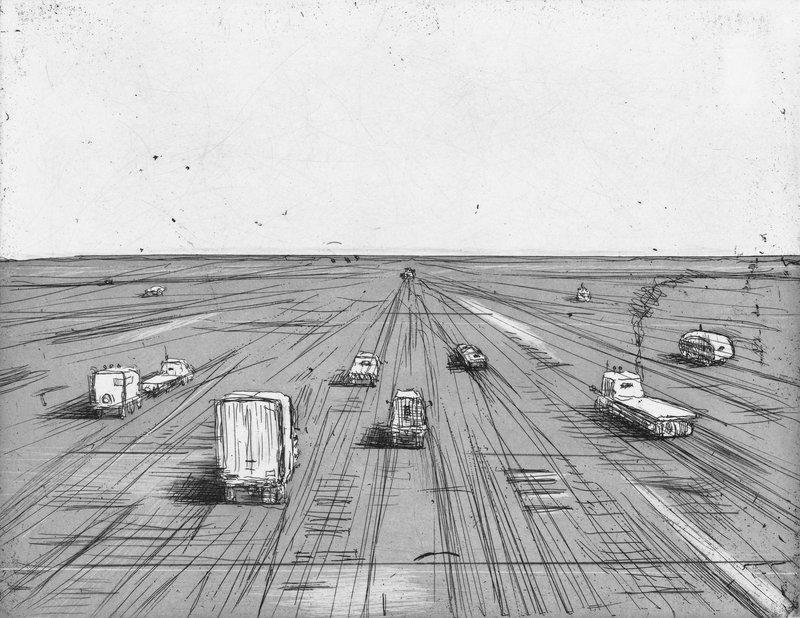 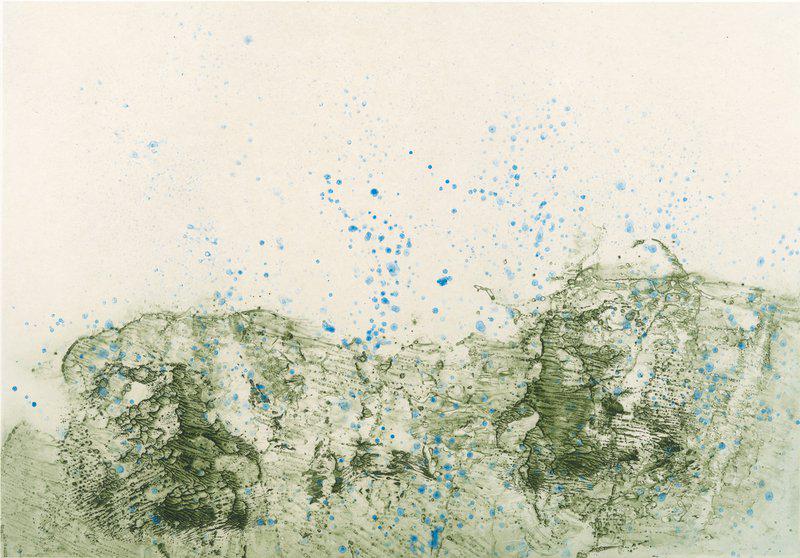 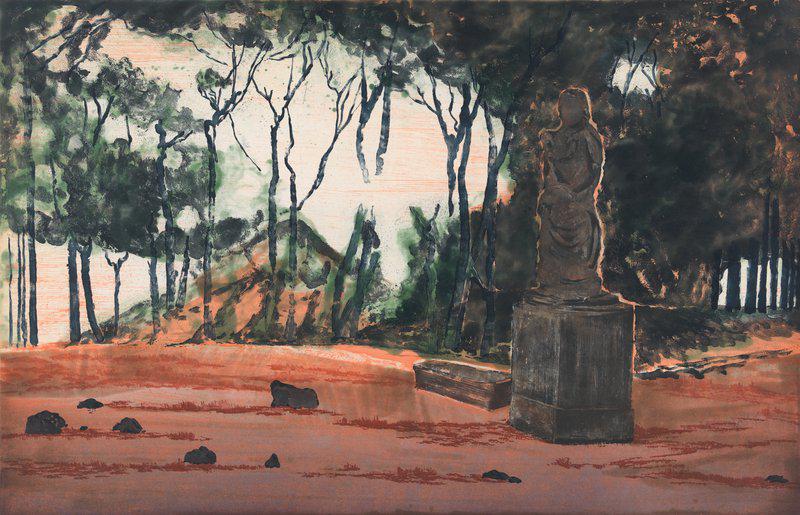 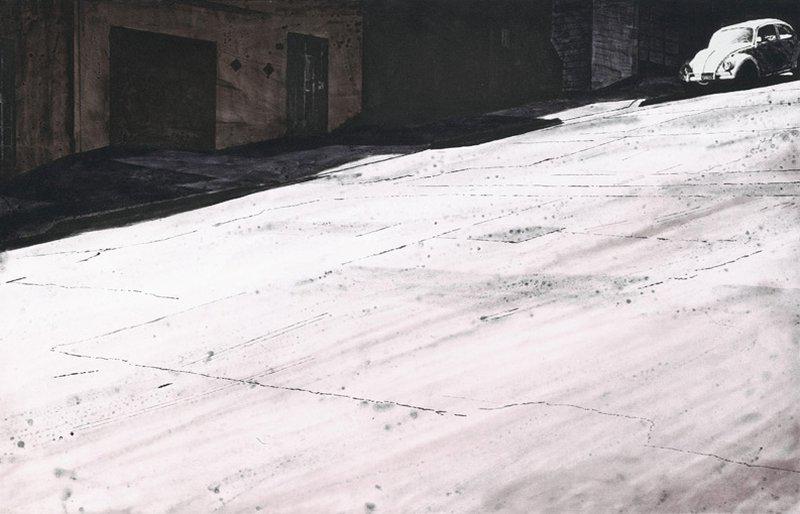 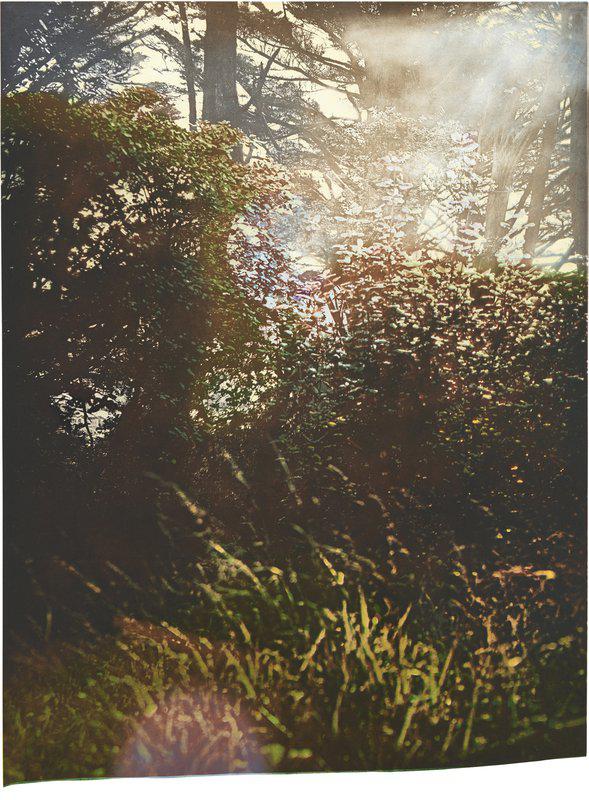 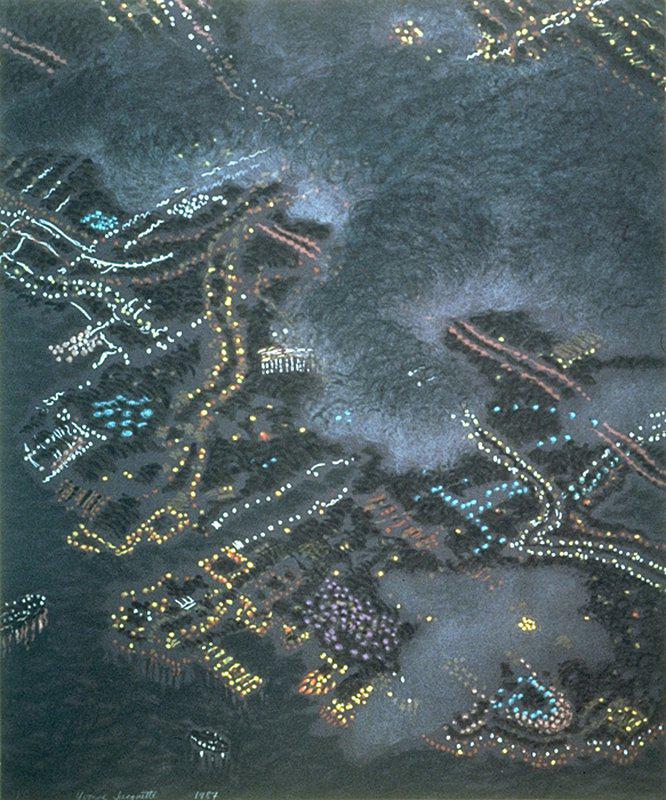 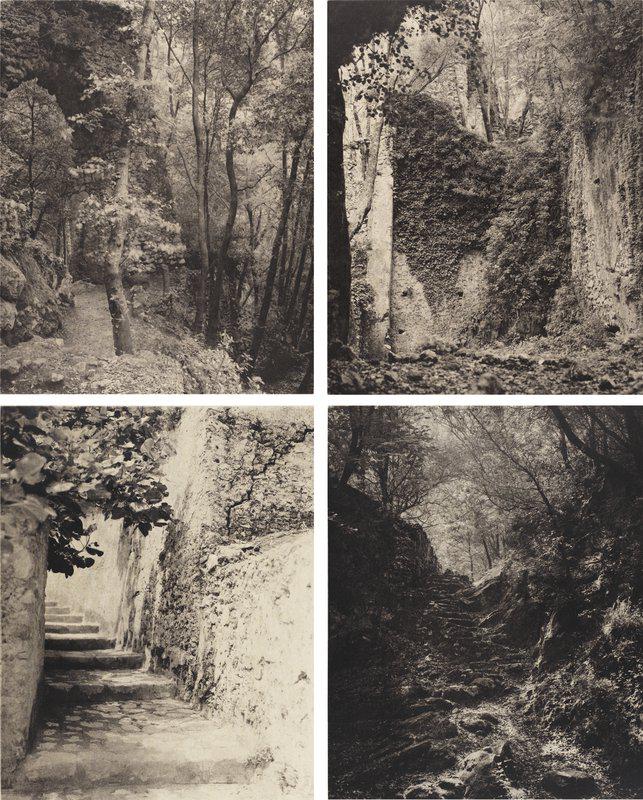 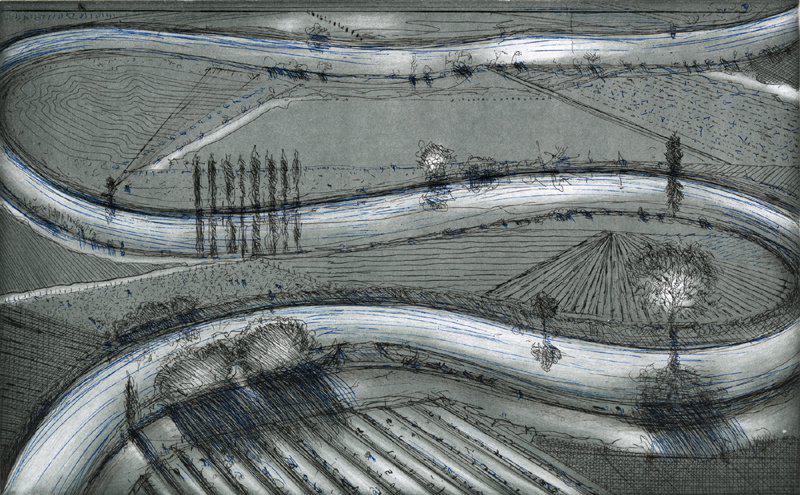 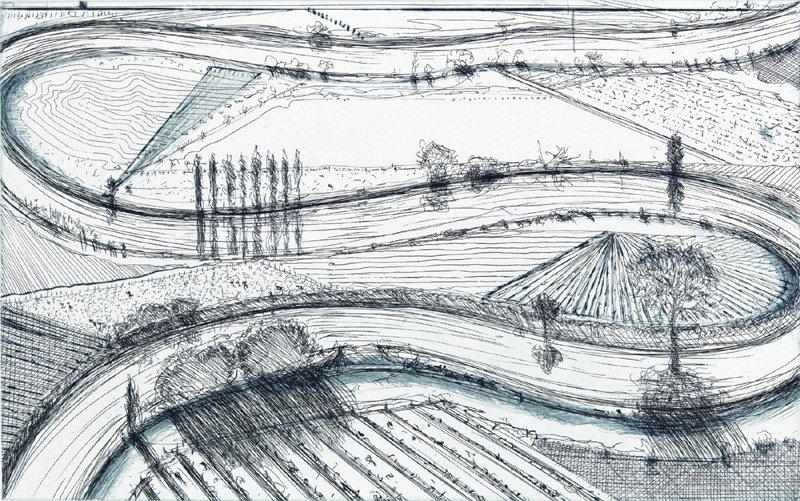 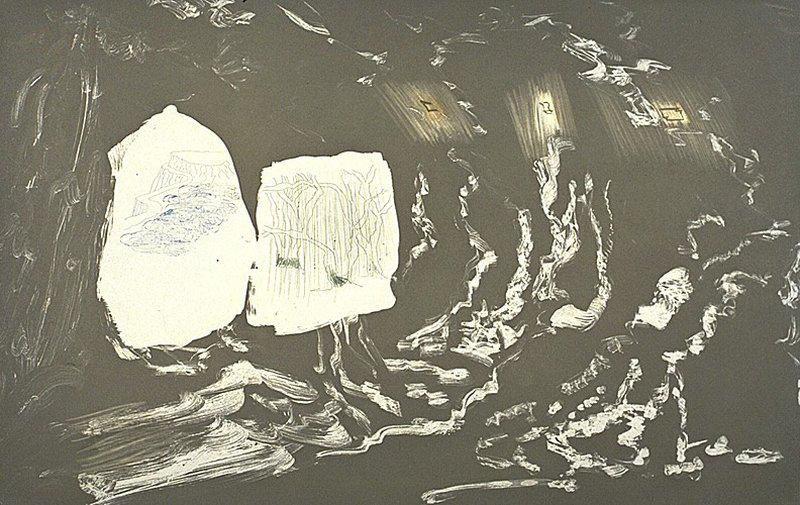 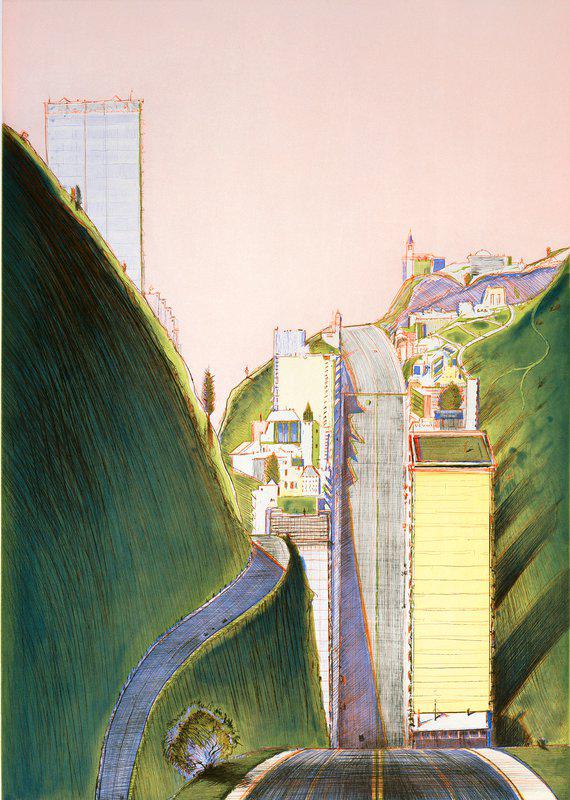 Wayne Thiebaud was among the first artists Kathan Brown invited to work at Crown Point Press in 1964. Brown had seen a show of his paintings in a San Francisco gallery and decided to call him to see if he’d like to make etchings. Thiebaud accepted and worked on plates in the Crown Point studio, which was then in the basement of Brown’s house in Berkeley. This first project culminated in Delights (1965), a bound book of seventeen etchings. Although he is best known for his depictions of desserts, Thiebaud’s full body of work also includes mountains, cityscapes, still lifes, and portraits. Over the years, Thiebaud has worked in the Crown Point studio on twenty-three separate occasions to make a total of 112 prints.

During his most recent visit to the Crown Point studio this past December, Thiebaud completed six new black and white etchings. He drew images of mountains, farmland, and a highway using drypoint and hard ground etching with aquatint for tonality. These new prints are straightforward and distinct in their simplicity. Reflections and visual parallels can be seen throughout the series: a road divides a mountain in two, trees springing up from flat land are doubled, and a mesa is mirrored in a rippling lake. In River and Airplane¸ an airplane descends for landing; in the reflection of the river below, the airplane appears to be taking off. Thiebaud has a history of depicting reflections in both artificial and natural settings, from glass counter tops to bodies of water. In his approach to the classic landscape, he often multiplies or divides geological forms. This composes the space and also creates dimensionality. He has described this process in a 1987 article in the Smithsonian Studies in AmericanArt magazine as a “pursuit of the kind of painting in which I am most interested—painting that is representational and abstract simultaneously.”

Also included in the Landforms exhibition are a group of prints by artists who interpret landscape through a variety of styles and settings. Robert Bechtle’s 20th Street VW (2007) depicts the iconic Volkswagen Beetle parked on a steep San Francisco street. Like Thiebaud, Bechtle is a painter of the ordinary. He observes how light and time affect his subjects and creates realistic renderings that reveal an unexpected beauty in the day-to-day. Photographer John Chiara takes a different approach to capturing a landscape by using a camera he’s built himself. Quintara at 14th (2016) is a large photogravure of sunlight streaming through foliage, creating a warm, dreamy atmosphere. Like a memory, Chiara’s print recalls another time and place through a hazy lens. Yvonne Jacquette illustrates a seaside city from an unusual perspective— looking down from above through an airplane window. In Clouds Obscuring San Diego (1987), clusters of dots become a sprawling urban landscape mapped by glowing buildings and streetlights. She uses her distinctive pointillist-style to emphasize the complex beauty of the aerial scene. Mamma Andersson, known for her moody paintings that evoke a strong sense of melancholy, constructs enigmatic narratives from newspapers, photos, magazines, art history, and myths. Her large print Mother’s Day (2013) shows a lone statue standing in the clearing of a dark forest with a mountain in the distance. The statue, reminiscent of another era, is the only sign of human life in the spatially deep landscape.

Wayne Thiebaud, who turns 100 this year, lives and works in Sacramento, CA. He has received numerous awards including the Gold Medal for Painting from the American Academy of Arts and Letters, New York (2017); the UC Davis Chancellor’s Lifetime Achievement Award for Innovation (2016); the Lifetime Achievement Award for Art from the American Academy of Design, New York (2001); and the National Medal of Arts presented by President Clinton (1994). His paintings are in the collections of most major museums in the United States including the Museum of Modern Art in New York, the San Francisco Museum of Modern Art, and the Art Institute of Chicago. He is represented by Acquavella Galleries, New York, and Paul Thiebaud Gallery, San Francisco.