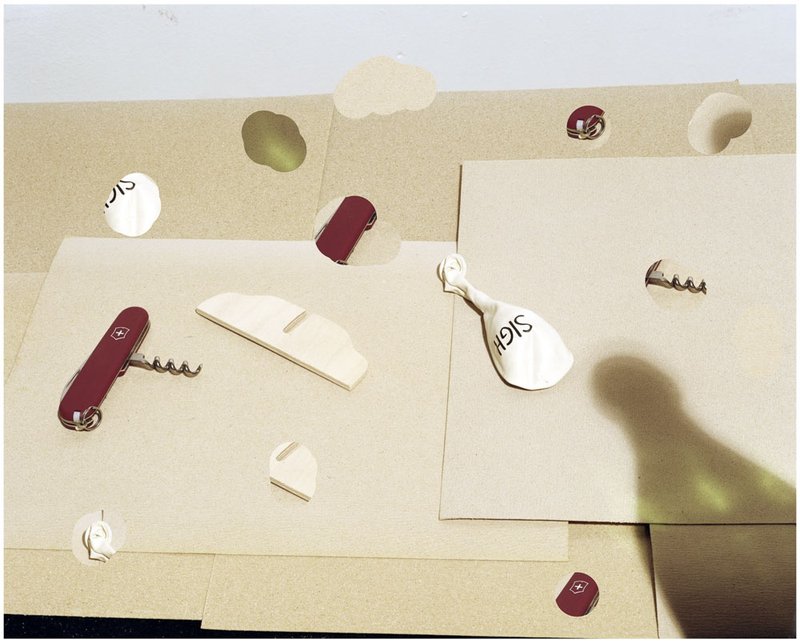 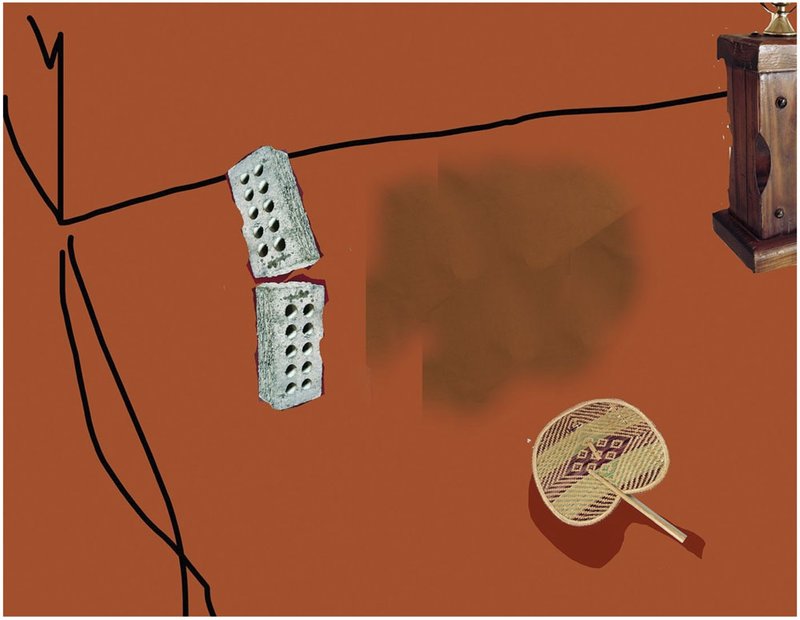 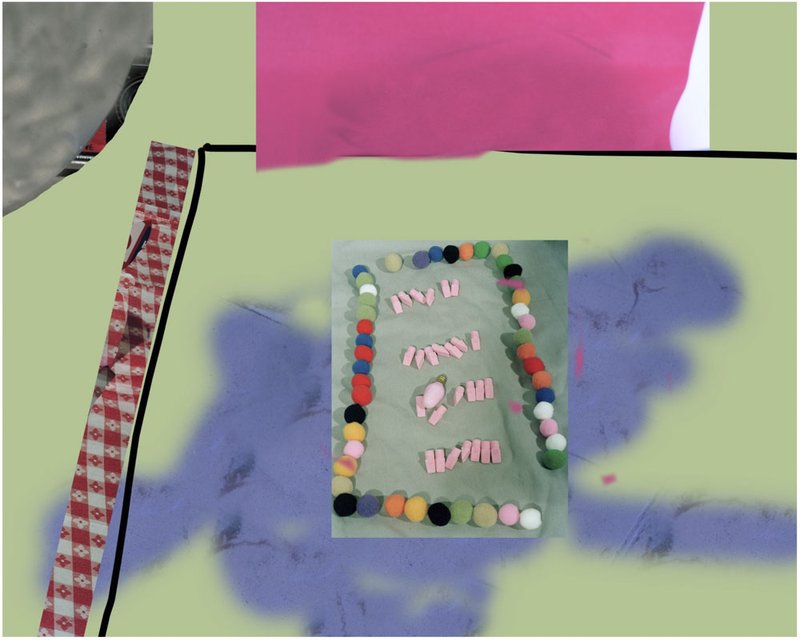 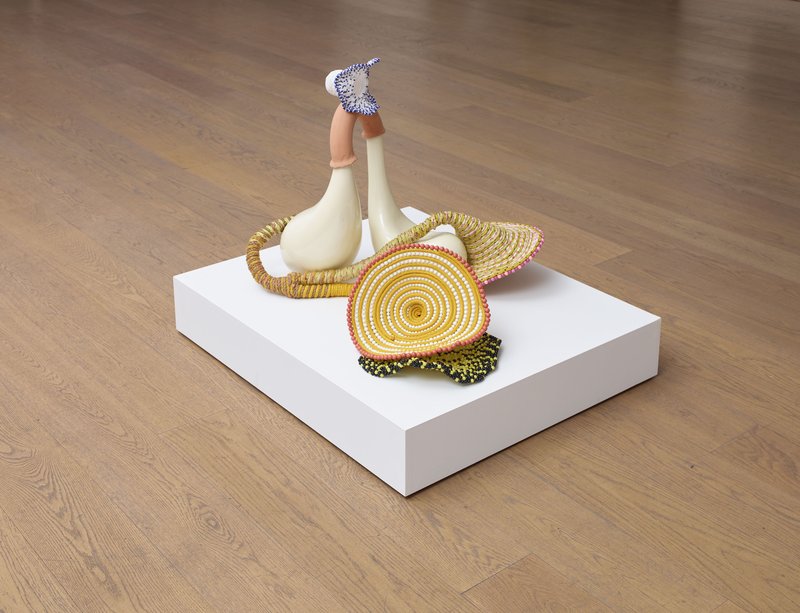 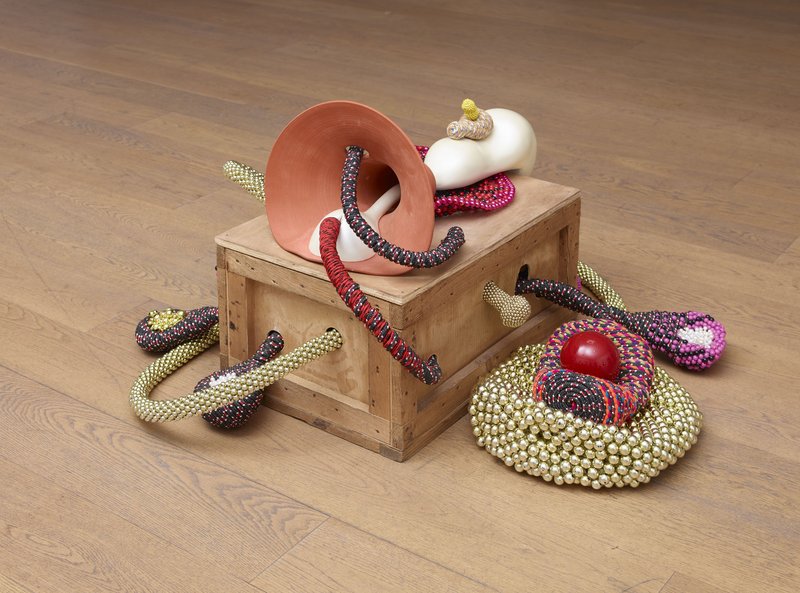 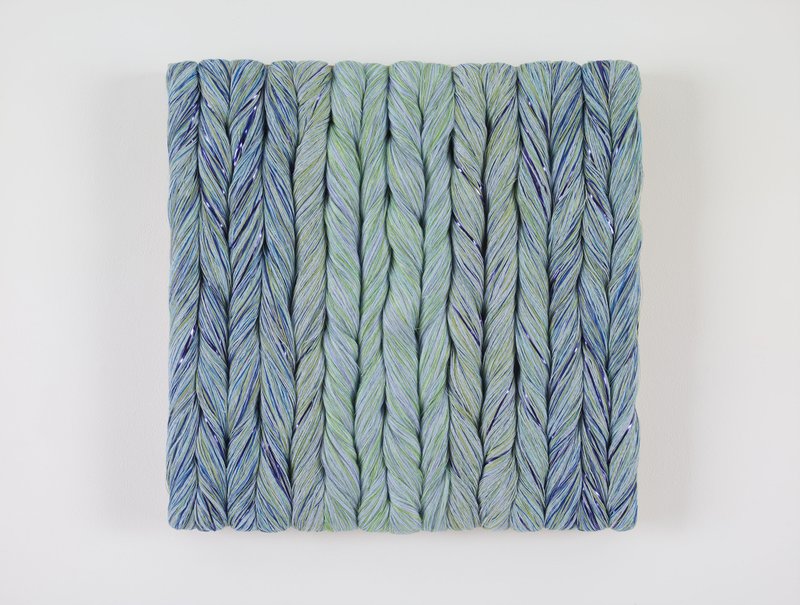 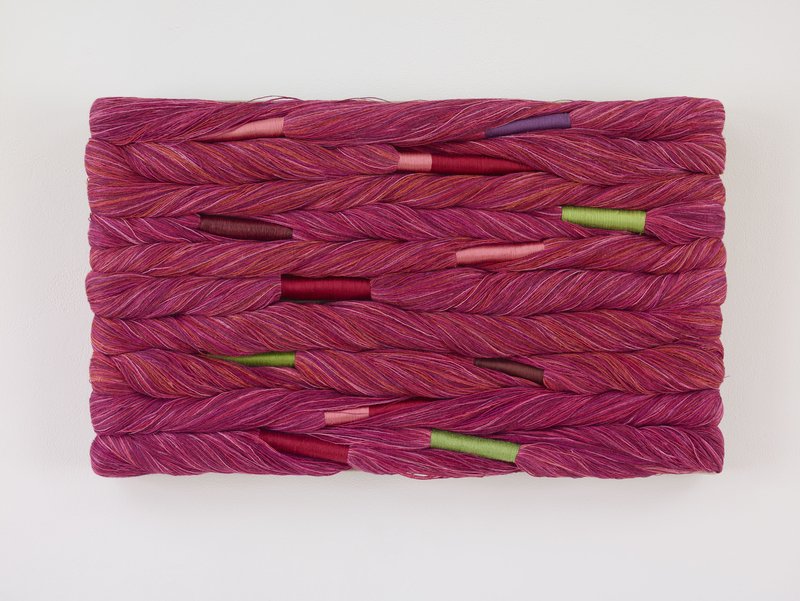 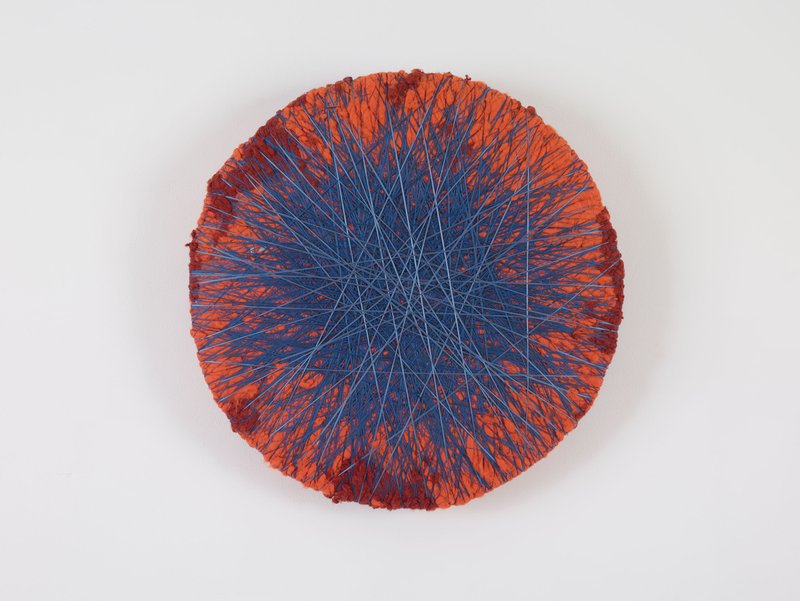 More Simply Put is not organized around a single conceptual framework; rather, the works by these four artists – from diverse backgrounds and experience, and working in different media – are united through an open-ended web of associations, thereby inviting multiple readings.

Lucas Blalock’s work engages the ways that falseness or evident mechanics in photographs can bring both the picture and the pictured into sharper focus. He pursues this through a variety of overlapping strategies (often involving Photoshop) that alienate the “natural” view generally associated with photographic pictures. Blalock’s work employs an expanded notion of the photograph to consider a world that is ever more inhabited by the plasticities of the virtual. Blalock’s pictures have been included in recent exhibitions at the Museum of Modern Art, the Walker Art Center, the Albright-Knox Art Gallery, and the Metropolitan Museum of Art. He was born in 1978 in Asheville, North Carolina and currently lives and works in Brooklyn, NY.

For his new body of mixed-media abstract paintings, Arturo Herrera uses multiple techniques resulting in multilayered surfaces that both reveal and obscure the process of their making. Born in Caracas, Venezuela in 1959, Herrera received his bachelor’s degree from the University of Tulsa and an MFA from the University of Illinois at Chicago. He has exhibited widely in galleries and museums throughout the United States and Europe, including recent solo exhibitions at Tang Teaching Museum and Art Gallery at Skidmore College in Saratoga Springs, NY (2015) and Albright-Knox Art Gallery in Buffalo, NY (2014). Herrera currently lives and works in Berlin.

Sheila Hicks was born in 1934 in Hastings, Nebraska. She received BFA and MFA degrees from the Yale School of Art where she studied under the tutelage of Josef Albers. Awarded a Fulbright scholarship to paint in Chile, she photographed indigenous weavers and archeological sites in the Andes beginning an investigation into fiber as an artistic medium that Hicks continues to this day. Hop, Skip, Jump, and Fly: Escape from Gravity, a site-specific installation for the High Line park in New York will be on display from late May 2017 through March 2018. She is a participant in the 57th International Art Exhibition at the Venice Biennale and solo show of her work will be open at the Museo Amparo in Puebla, Mexico in November. Hicks has resided and worked in Paris since 1964.

Inspired by Brazilian craft traditions, Maria Nepomuceno has developed an original technique using colorful ropes, beads, playful ceramic forms, and found objects to create organic sculptures and installations. Nepomuceno began studying fine art and theory at the age of 14 at the School of Visual Arts of Parque Lage, in Rio de Janeiro. She continued her studies in industrial design and scenography at the UNIRio Federal University of the State of Rio de Janeiro. Afetosyntesis, a solo exhibition of her work is currently on view at the Stavanger Art Museum in Stavanger, Norway through May 28. The exhibition will travel to Kunsthuset Kabuso in Øystese, Norway. Nepomuceno was born in 1976 in Rio de Janeiro, where she continues to live and work.

Concurrent to More Simply Put, the south galleries will feature an exhibition of editions by gallery artists including Kara Walker, Vik Muniz, and Jennie C. Jones.