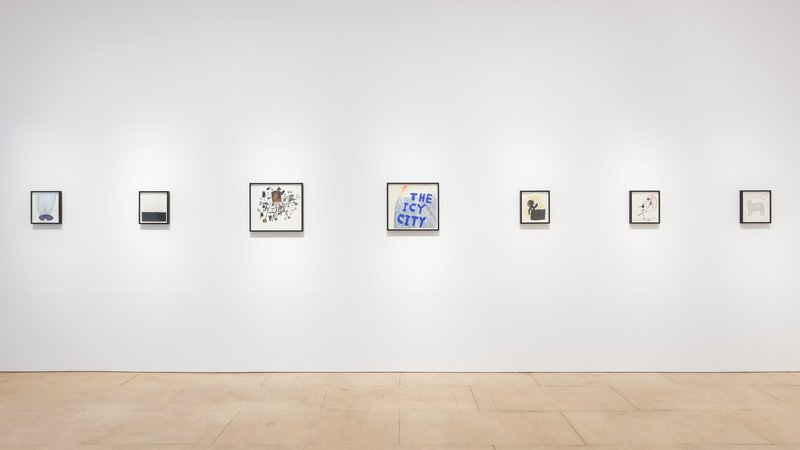 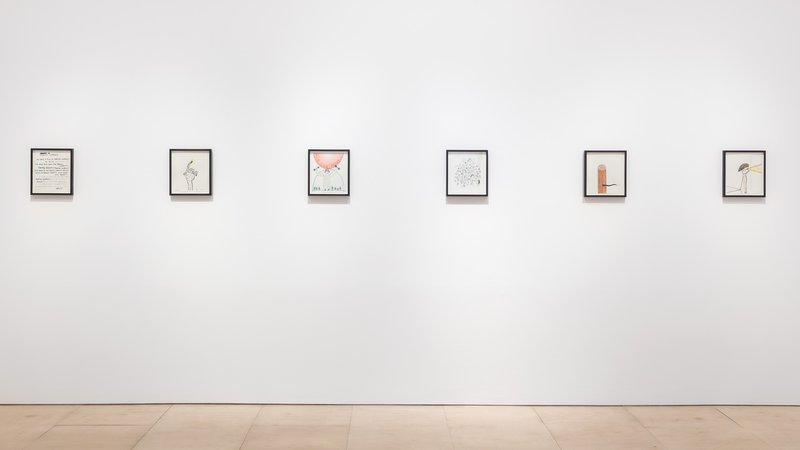 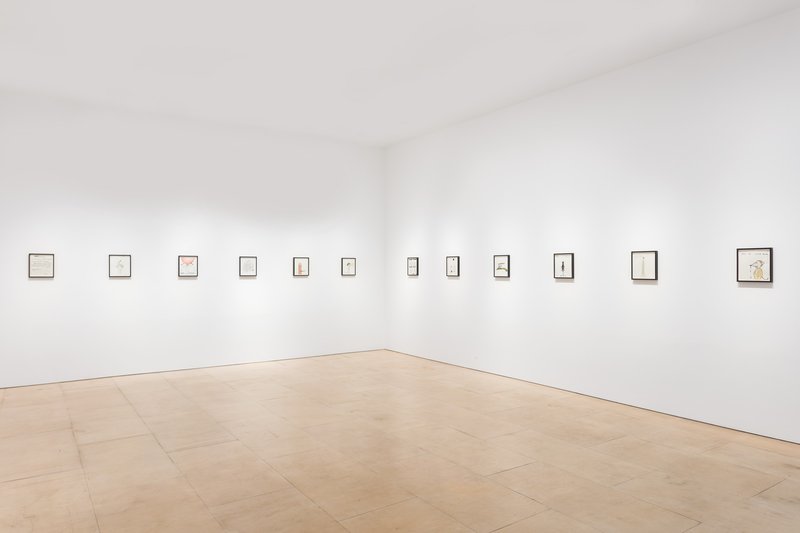 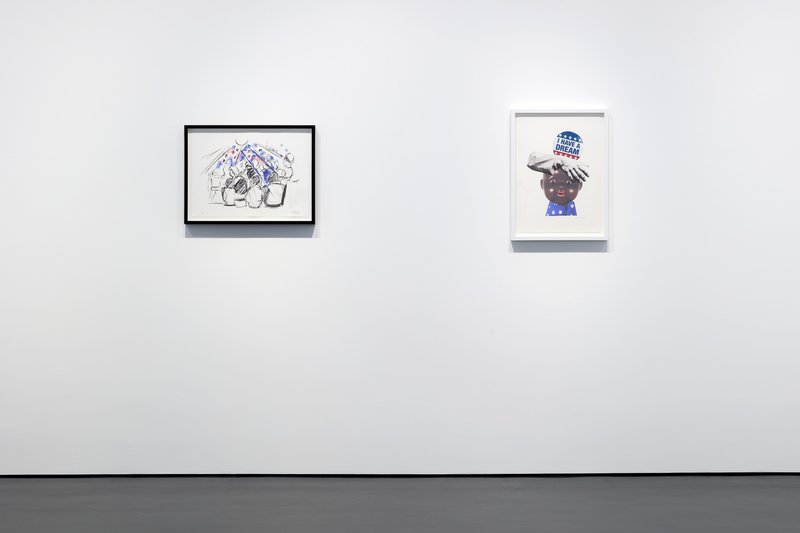 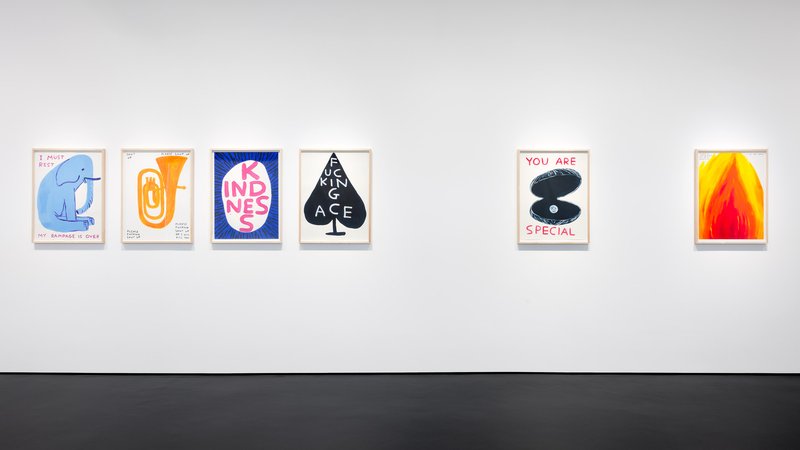 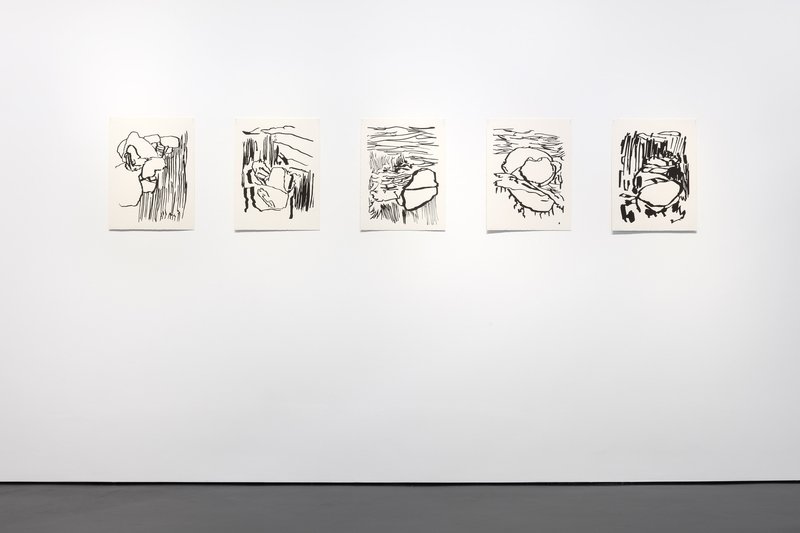 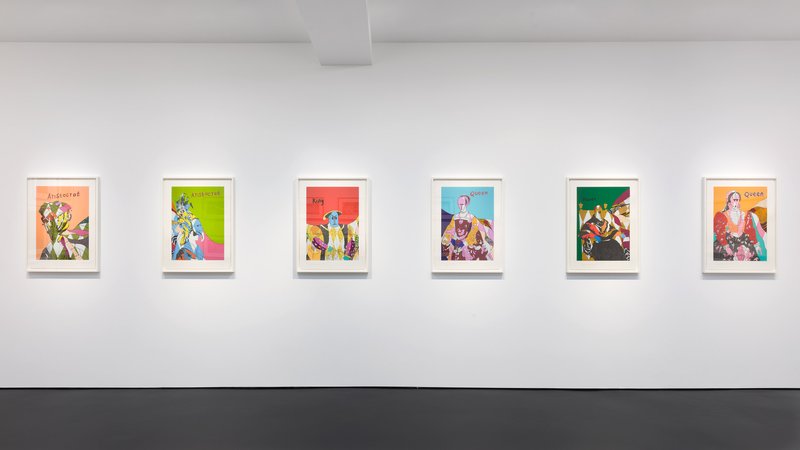 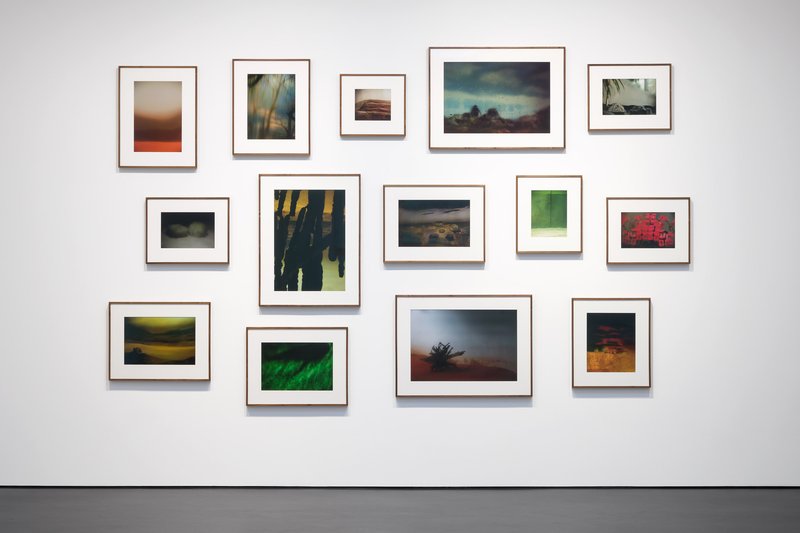 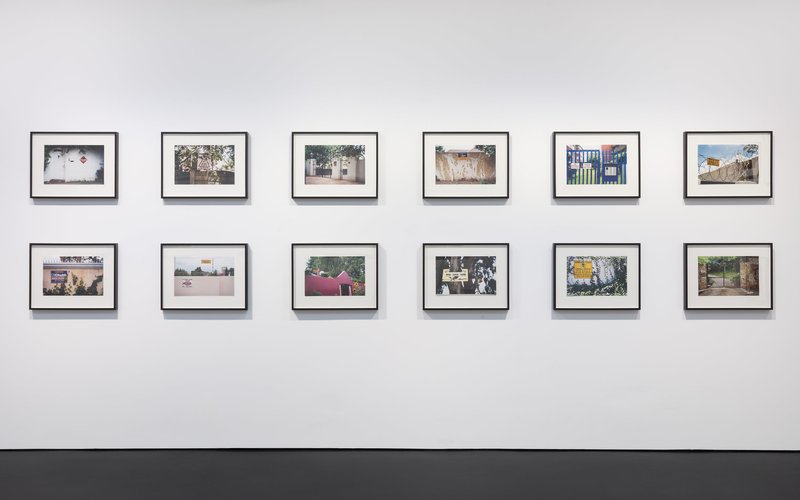 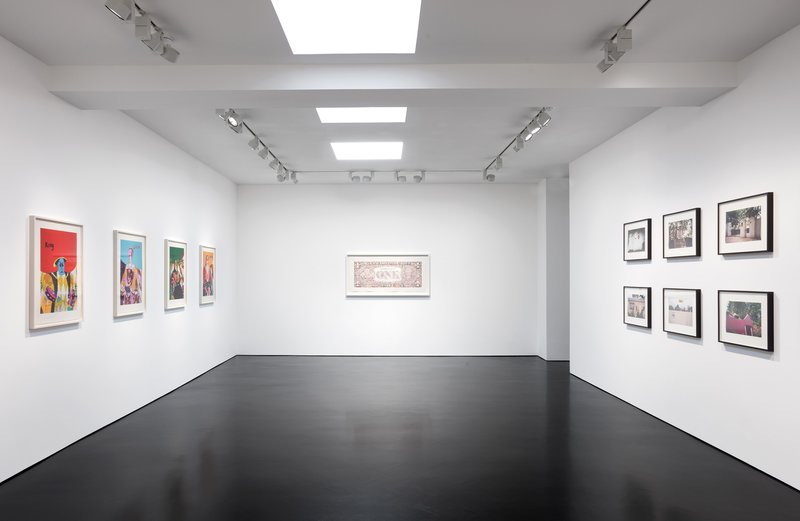 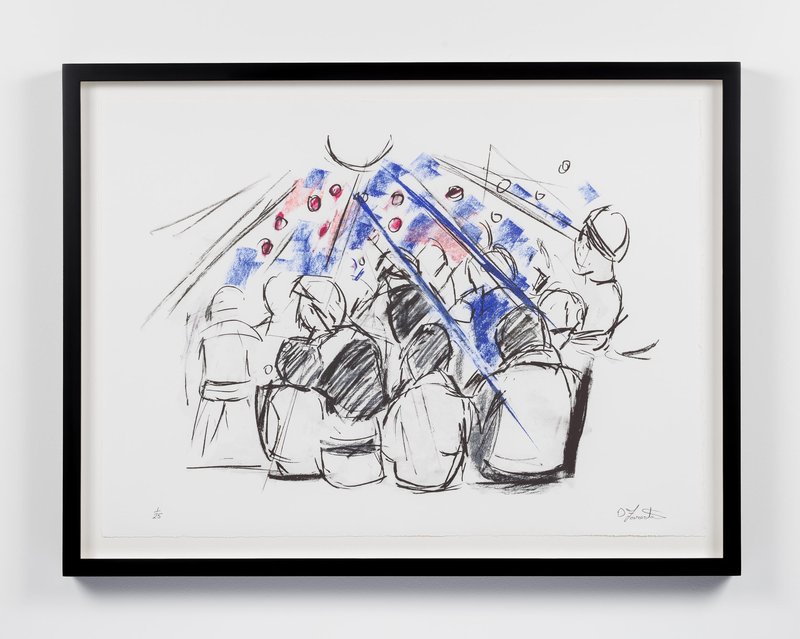 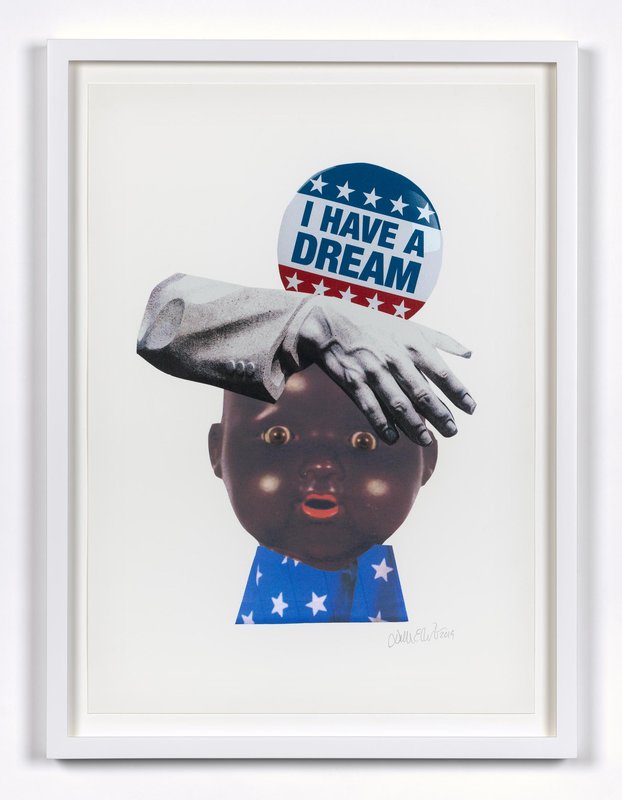 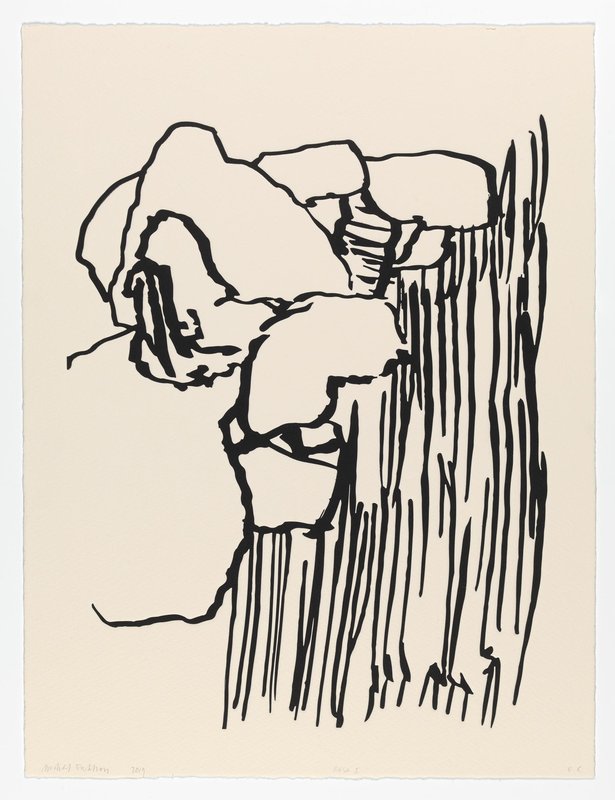 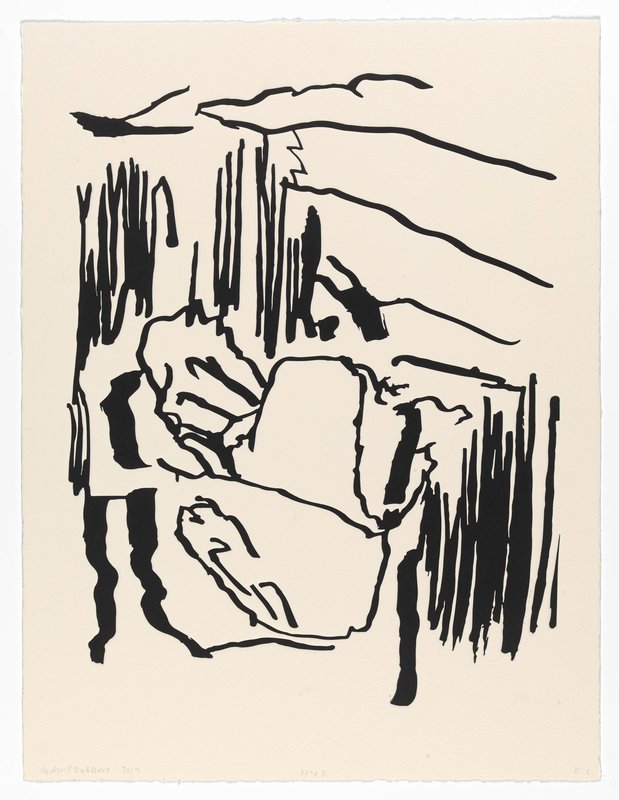 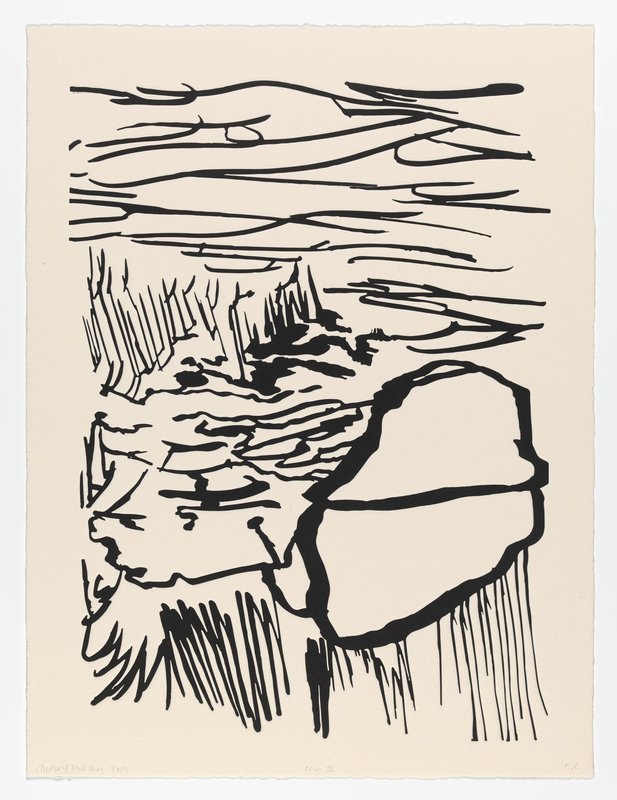 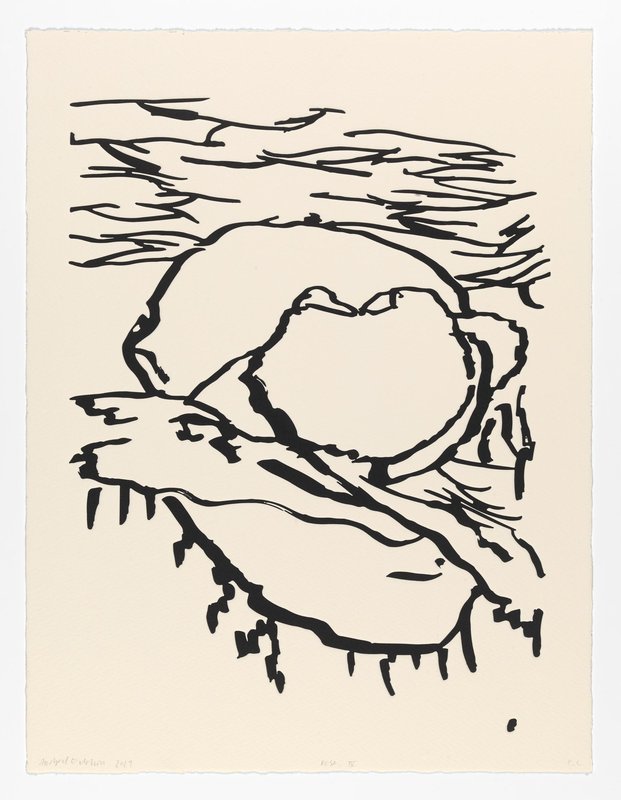 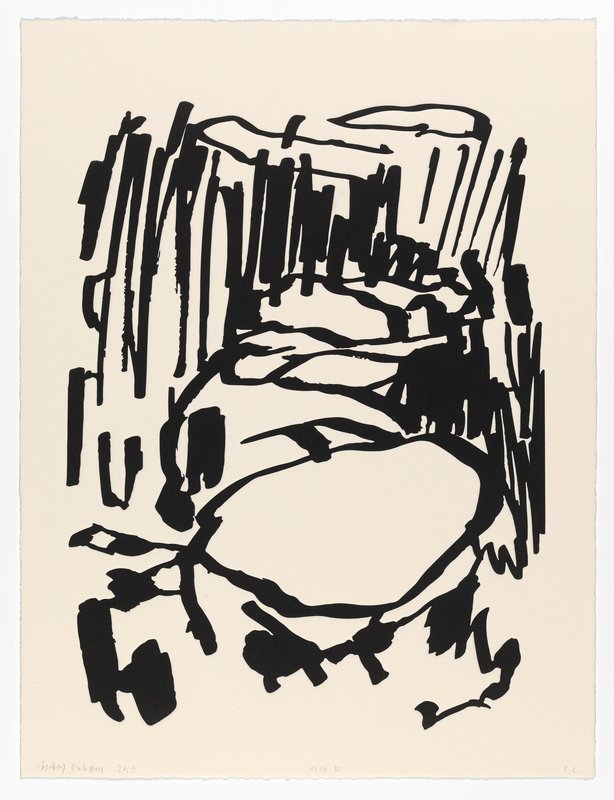 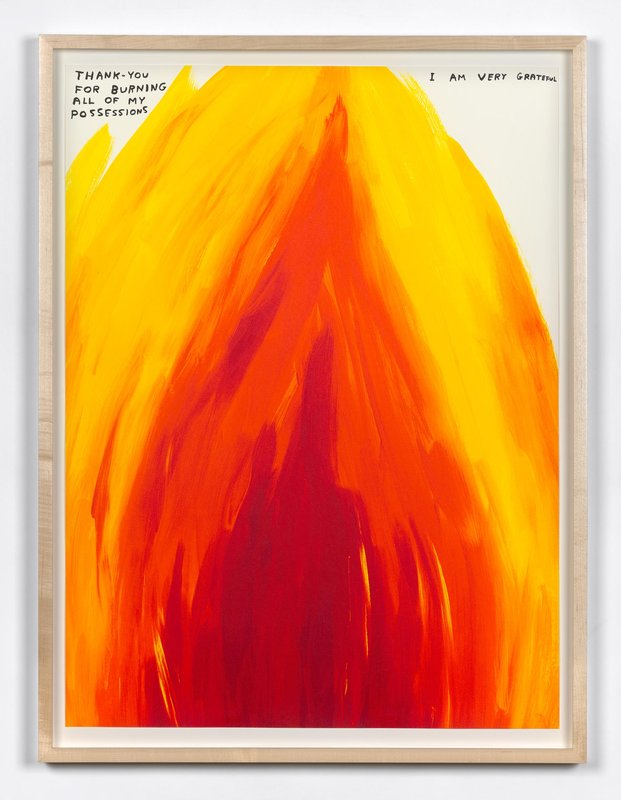 Stephen Friedman Gallery is pleased to present Multiple II, the second iteration of the gallery's annual exhibition of editions by gallery artists. In addition to launching new editions by David Shrigley and Andreas Eriksson, the exhibition marks the first time the gallery has collaborated with Deborah Roberts and Denzil Forrester to develop new multiples.

In ‘One history, two versions (Bullet Points)', Deborah Roberts continues her investigation into notions of identity, race, and the weight of history. The screenprint combines the arm from Martin Luther King's memorial statue in Washington D.C., a button from King's iconic speech during the 1963 Civil Rights March, and the face of a black doll. Here, Roberts uses King's words to highlight the cross-generational struggle against racism that still endures today.

Denzil Forrester's new edition, ‘Bubbles', takes inspiration from one of his iconic depictions of London nightlife during the 1980s. The work is based on an original drawing produced in-situ at a club in East London, immortalising the dynamic energy of the reggae and dub scene. A disco ball, often used as a trademark in Forrester's work, scatters beams of vibrantly coloured light across the jostling revellers below. The lithograph has been printed by Idem in Paris, formerly the home of historic printer Mourlot, who published many of the twentieth century's leading European artists.

Andreas Eriksson's new suite of embossed etchings are inspired by drawings from the artist's pocket sketchbooks. Printed at Stoney Road Press in Dublin, Eriksson has developed a historic technique by dripping ink into the embossed grooves of the paper. A river of ink flows across the surface in small tributaries, resembling a topographical view of an unknown landscape. Working deep in the Swedish countryside, Eriksson's strength lies in his ability to elicit a palpable sense of place.

A new edition depicting a fiercely burning flame by David Shrigley will also be launched. Combining a painterly dexterity with a typically dry and cutting phrase, Shrigley continues to poke fun at everyday scenarios. His quick-witted drawings and hand-rendered texts are typically deadpan in their humour and reveal chance utterings and snippets of overheard conversations.

These new multiples will be displayed alongside existing and historic works by other gallery artists. For the first time, the gallery will exhibit ‘Unstructured Icons' by Yinka Shonibare CBE. This set of prints, combining woodblock with fabric collage, deconstructs iconic figures in Western history such as queens, kings and aristocrats. Kendell Geers and Rivane Neuenschwander's photographic series ‘Suburbia' and ‘A Place Not Far From Here' deal with issues of gentrification, urbanisation and man's effect on nature, while Tom Friedman's ‘Untitled (Dollar Bill Back)' elevates the US bank note to epic proportions.