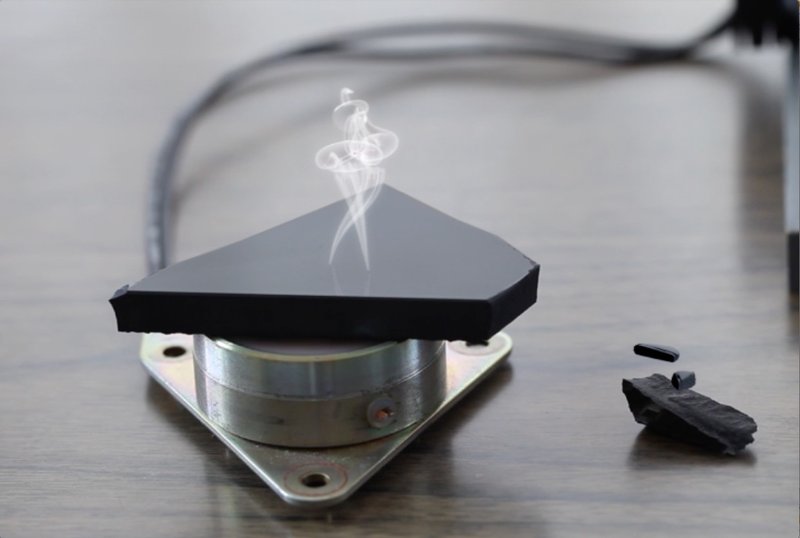 Bob Linder is an independent curator and a co-owner/director of CAPITAL gallery. He has exhibited internationally at venues including White Columns, Artists Space, and Laurel Gitlen, New York; Yerba Buena Center for the Arts, San Francisco; and Gallerie Nicolai Wallner, Copenhagen. Linder teaches in the New Genres department at the San Francisco Art Institute and is the cofounder of the audio/visual evening LET’S GET WEIRD! held every last Thursday of the month at the David Ireland House.


Brenna Murphy (American, b. 1986 in Edmonds, WA) is a Portland-based artist and musician. Murphy received her BFA from the Pacific Northwest College of Art in Portland, OR (2009). Recent solo exhibitions of her work have been presented at the Art15 London Art Fair (by Upfor), American Medium, New York; Yerba Buena Center for the Arts, San Francisco; Kunstverein Düsseldorf, Germany; Gloria Maria Gallery, Milan, Italy; and The Future Gallery, Berlin, Germany. Her work has also exhibited throughout the United States and internationally in Monterrey, Milan, Berlin, London, Paris, Rome, the Netherlands, and Sweden. Notable group exhibitions include This is What Sculpture Looks Like Postmasters and The New Romantics at Eyebeam Art + Technology Center in New York. She was recently interviewed for Art in America. Murphy is also a member of the art collectives MSHR and Oregon Painting Society.
David Bayus (b. 1982 in Johnson City, TN) lives and works in San Francisco, CA. He is an artist and co-founder of BASEMENT art collective located in San Francisco's Mission District. He received his MFA from the San Francisco Art Institute in 2010. He has exhibited his work in San Francisco, Los Angeles, New York and Vancouver. The third book in his ongoing series Stroke debuted at the Los Angeles Art Book Fair this past February. Editions can be found in the collections of the Los Angeles County Museum of Modern Art, the Museum of Contemporary Art, and the Museum of Modern Art.
Sabrina Ratté's video practice investigates the creation of virtual environments generated by analog technologies. Electricity, as raw material, is sculpted, transformed and altered digitally to be reborn as luminous and vibrating architectures. Her work exists on the edge of science-fiction, between abstraction and figuration, utopia and dystopia, architecture and landscape. Her works include installations, GIFs, prints and live performances. Previous exhibitions: Paddles On! 1st Digital Art Auction at Phillips (New York), EMPAC (Troy), Museum of the Moving Image (New York), International Digital Arts Biennal - Bian (Montreal), the Lampo series (Chicago), Elektra (Montreal), MUTEK (Montreal, Mexico, Barcelona). She is represented by the Laffy Maffei Gallery in Paris.
James Cordas (b. Seattle, 1986) lives and works in Oakland, CA. An alumnus of California College of the Arts and recipient of the Yale University Fellowship to the Norfolk School of Art and Music. His exhibition history includes Et al. Gallery, and Yerba Buena Center for the Arts, San Francisco, CA; City Limits Gallery, Oakland, CA; Regina Rex and Human Gallery, Brooklyn, NY; Berkeley Art Museum, CA; and South of Sunset, Los Angeles, CA.