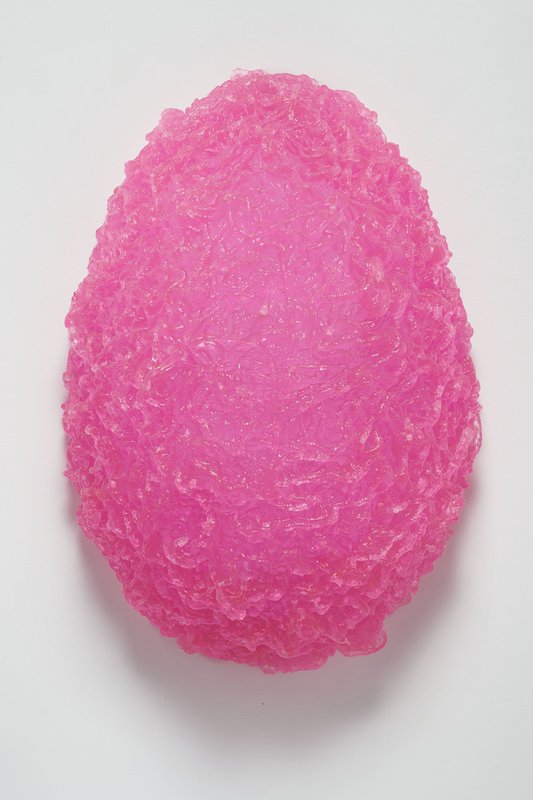 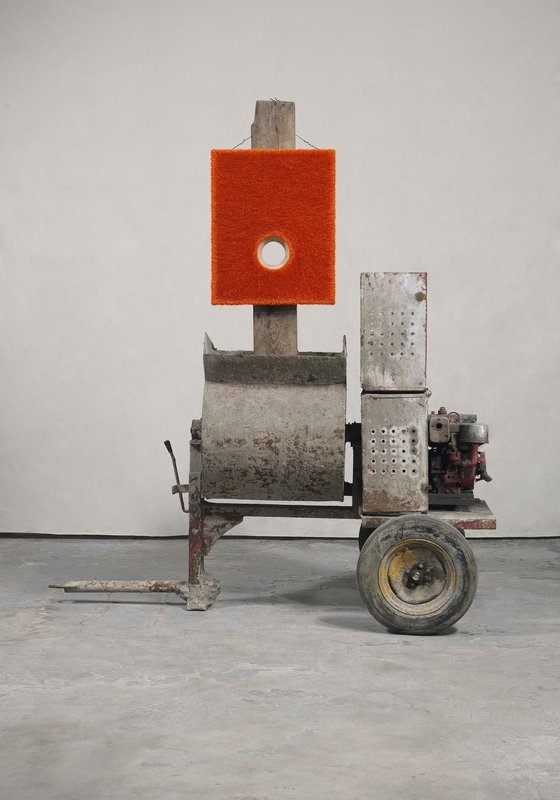 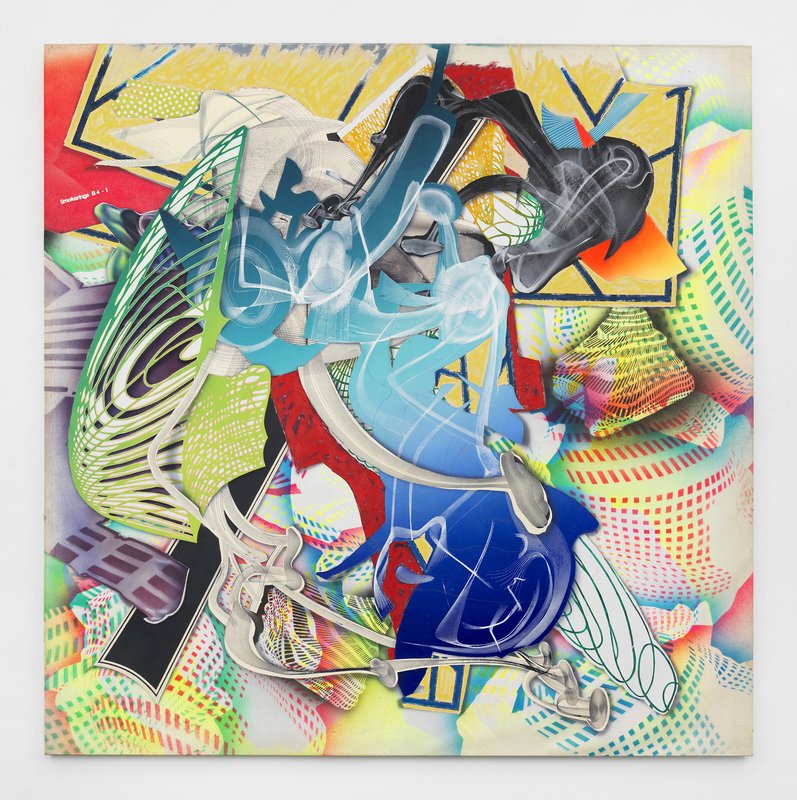 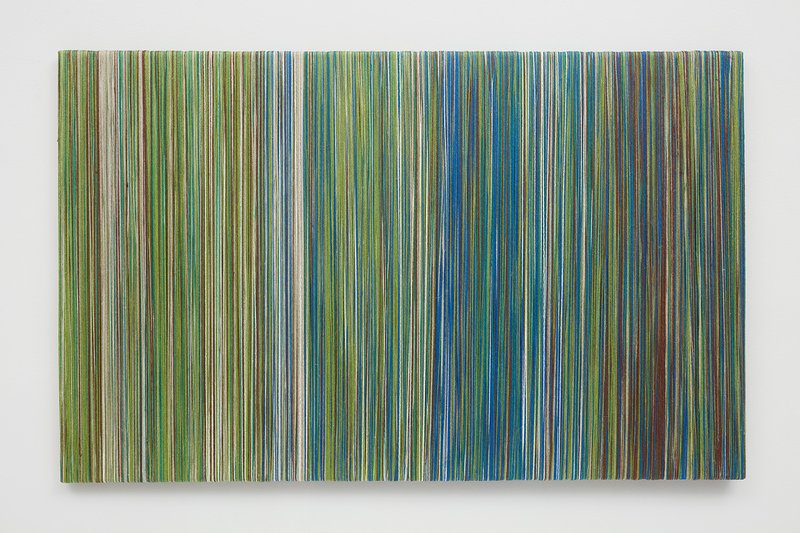 Pathway Through the Forest

Marianne Boesky Gallery is pleased to present Painting/Sculpture, an exhibition featuring Jennifer Bartlett, Gina Beavers, Lynda Benglis, Sheila Hicks, Donald Moffett, Howardena Pindell, and Frank Stella. The exhibition will explore contemporary painting and its relationship to the formal and conceptual language of sculpture. Painting/Sculpture will include works realized as three-dimensional sculpture, but understood intrinsically as paintings, as well as two-dimensional works that create the illusion of volume and layers. Together, the works capture ongoing questions about how we draw the lines between artistic practices. Painting/Sculpture will be on view from July 10 through August 9 across both of the gallery’s Chelsea locations at 509 and 507 W. 24th Street.

Among the highlights in the exhibition is Lot 080711 (the radiant future) by Donald Moffett, which shows his continued interest in dispensing with traditionally understood conceptions of painting. The work uses a concrete mixer as a painting support, fusing the three-dimensionality of sculpture with the two-dimensional nature of painting. Moffett’s work is juxtaposed with Frank Stella’s Cantahar, in which the artist creates an incredible sense of depth and shadow within a flat surface. Here, Stella approaches sculptural volume through perspective and illusion. Jennifer Bartlett expands out from the canvas in Blue House, a sculptural installation of boats, houses, and paths, that transform her painted subject matter into a three-dimensional sculptural landscape, breaking into the viewer’s space. These works are further augmented by Gina Beavers’ sculptural relief paintings, Lynda Benglis’ sculptures made through poured latex and other materials, Howardena Pindell’s process driven art and Sheila Hicks’ textile works. Through these seminal works, the exhibition offers diverse perspectives on the role and use of space, media, and technology in painting today.

Jennifer Bartlett (b. 1941, Long Beach, California) is known for her room-sized installations that range in media, and explore her immediate environments, including houses, mountains, trees, gardens, and the ocean. Working in two dimensions and occasionally moving to three, her works often start in a controlled, mathematical abstraction and move to more painterly realism. Bartlett’s solo exhibition, The House was Quiet and the World was Calm will open in November 2019 at Marianne Boesky Gallery.

Lynda Benglis (b. 1941, Lake Charles, Louisiana) was first recognized in the late sixties with her poured latex and foam works. Known for her exploration of metaphorical and biomorphic shapes, she is deeply concerned with the physicality of form and how it affects the viewer.  Using a wide range of materials, she renders dynamic impressions of mass and surface: soft becomes hard, hard becomes soft, and in both the gestures are frozen in space.

Sheila Hicks (b.1934, Hastings, Nebraska) blurs the boundary between painting and sculpture with her woven and textile works. Hicks received her BFA and MFA degrees from the Yale School of Art under the tutelage of Josef Albers. She began her investigation into fiber as an artistic medium while photographing indigenous weavers in Chile as part of her Fulbright scholarship. Hicks currently has a solo exhibition at The Bass, on view until September 29, 2019.

Donald Moffett (b. 1955, San Antonio, Texas) emerged as both an artist and activist in the late 1980s, participating in the Act Up movement and as a founding member of the Gran Fury Collective. Dedicated to abstraction and the monochrome, Moffett challenges the traditional flat frame through non-traditional painting techniques, employing a private language of form that serves as a carrier for both personal and political meaning. Marianne Boesky Gallery will present a solo exhibition of Donald Moffett’s most recent body of work in November 2019.

Frank Stella (b. 1936, Malden, Massachusetts) has produced an extraordinary body of work over the past six decades. Since his first solo gallery exhibition at Leo Castelli Gallery in 1960, Stella has exhibited widely throughout the U.S. and abroad. Stella’s most recent work uses digital modeling to explore how subtle changes in scale, texture, color, and material can affect our perception and experience of an object. Stella currently has a solo exhibition at the Los Angeles County Museum of Art, on view until September 15, 2019.