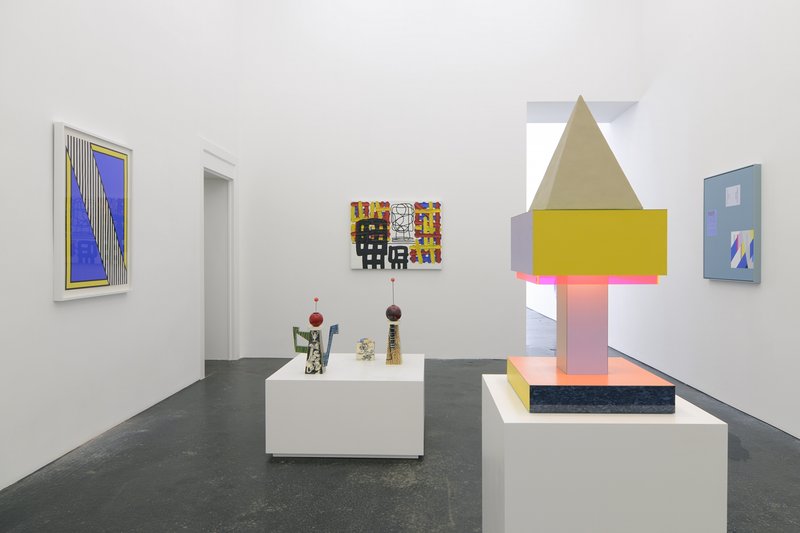 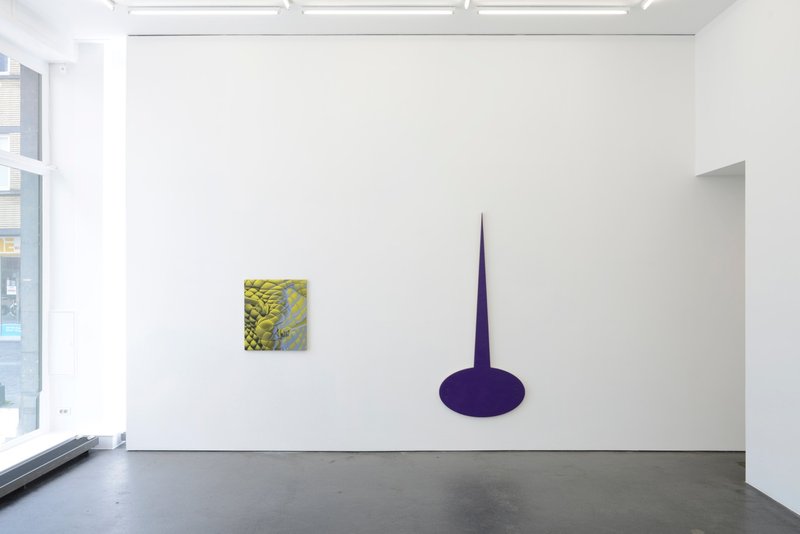 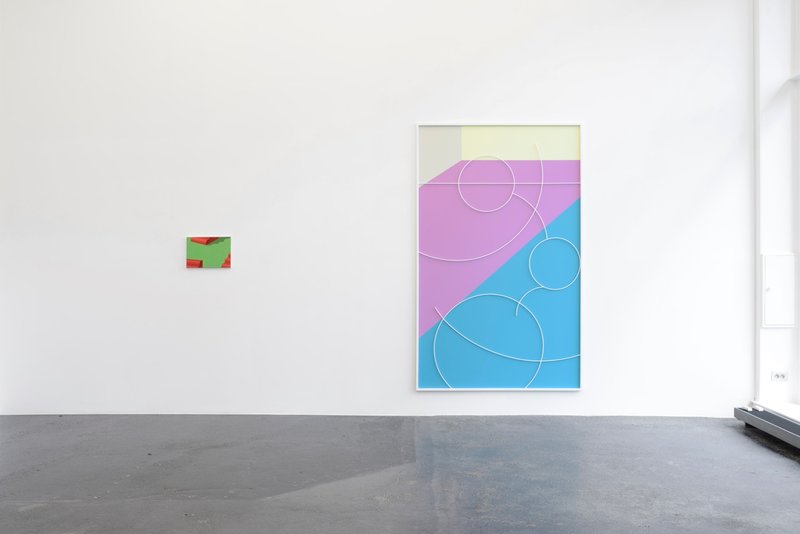 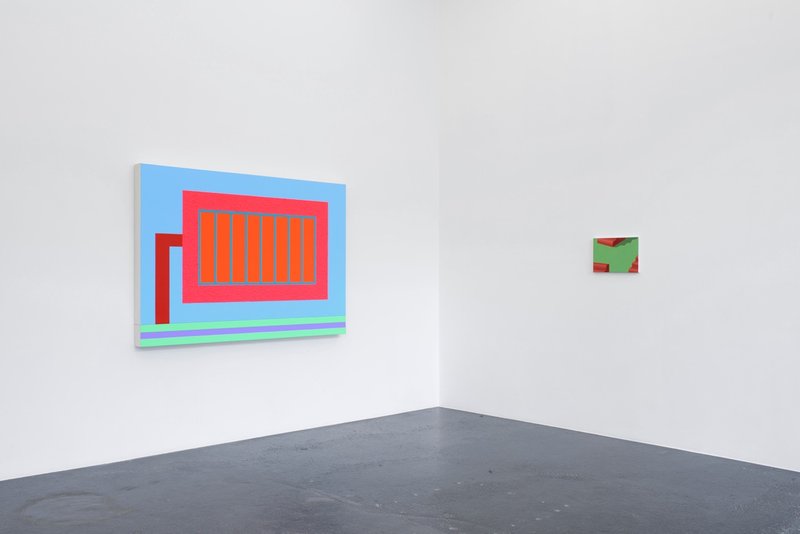 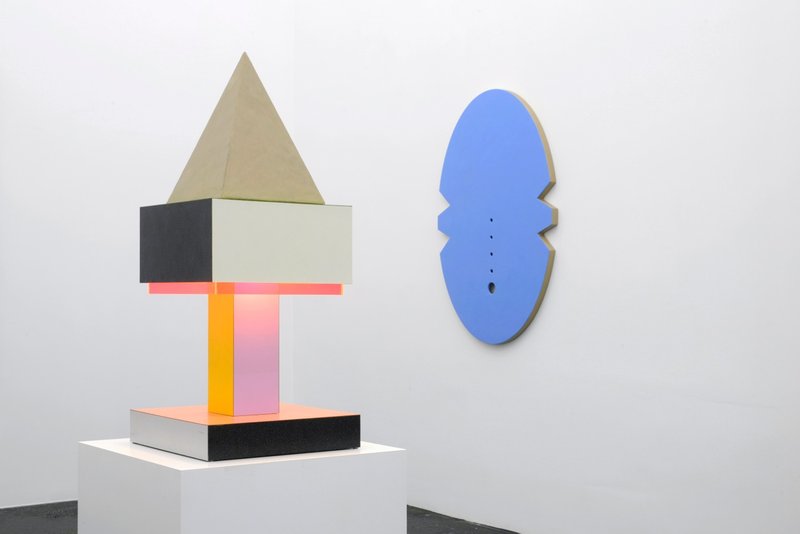 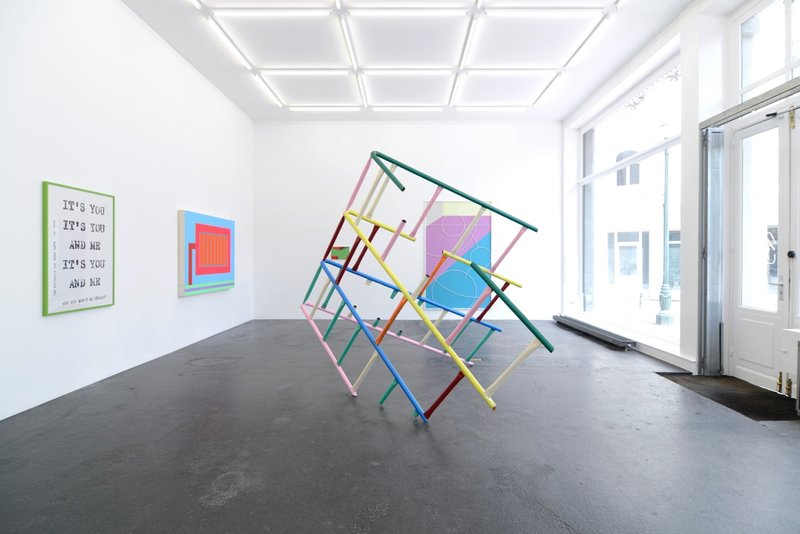 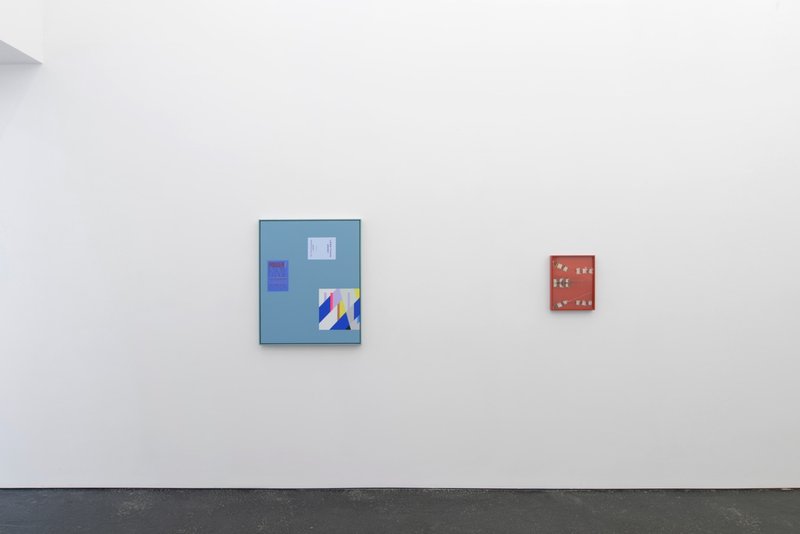 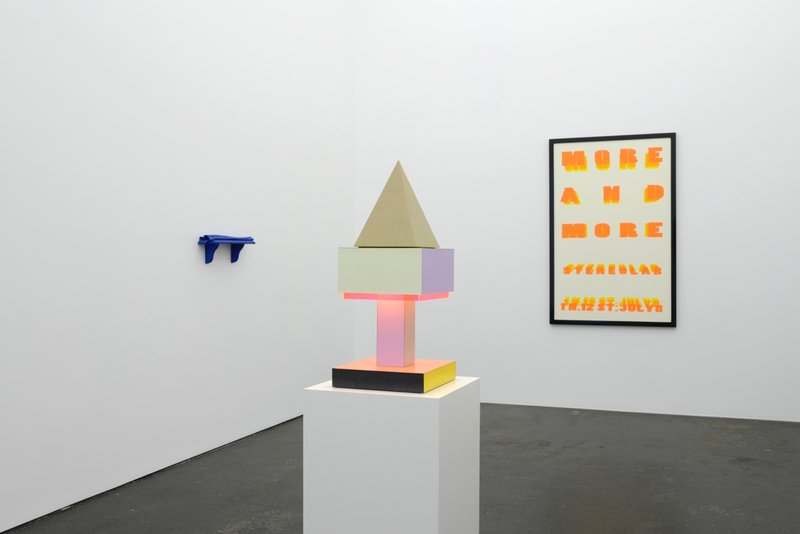 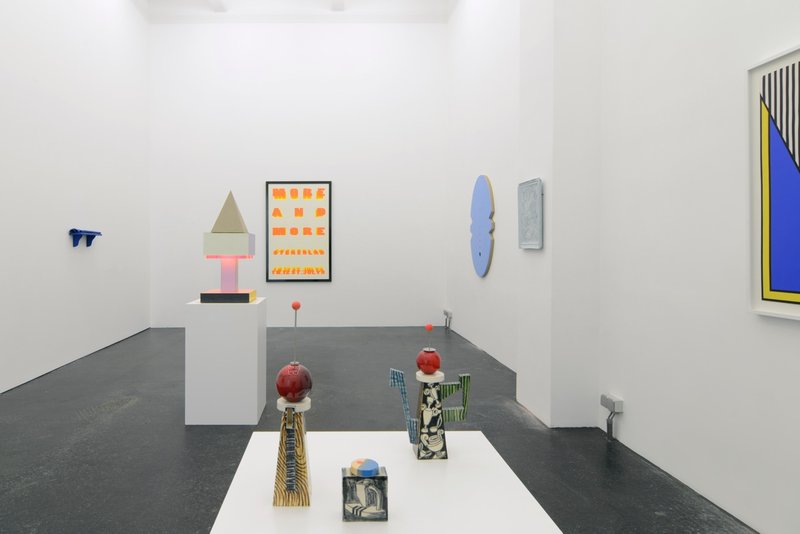 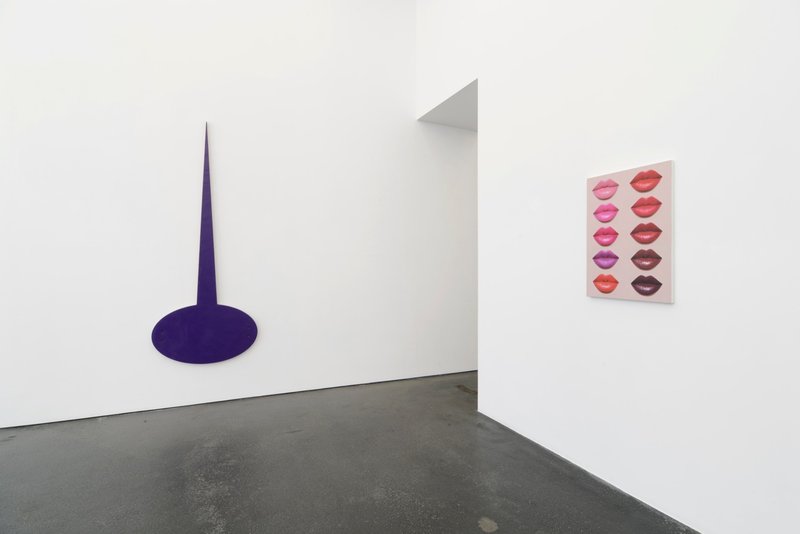 Rio brings together artists of different generations whose work pays reverence towards the pop aesthetics of the 1980’s. The era’s limited palette of bright colors, dynamic compositions, and strong graphic qualities allowed artists to tackle formal issues with the playful visual language of stardom and comic books, while contemporary artists cite these formal systems to express a subjective reality. The exhibition takes its title from the second studio album by rock band Duran Duran whose distinctive cover by Patrick Nagel is a classic example of 1980’s graphic design.

The 1980s began with a emergence of stark design icons, from Patrick Nagel and the severe women he created for Duran Duran album covers, to the Memphis group and Peter Shire with their furniture that incorporated art deco and a broad palette of clashing colors. There was a shared sensibility among artists who embraced the visual language of the decade. Bold brushstrokes, lively cartoonish squiggles and bright colors marked Jonathan Lasker’s paintings while the use of industrial materials as Day-Glo and Roll-a-Tex with recurrent patterns of circuits and cells formed Peter Halley’s signature style. Their work, together with that of pop abstraction’s father Nicholas Krushenick is now seen as a nostalgic mirroring of pop culture of the early 1980’s.

In addition to a sense of nostalgia to a partly imagined past, different elements of the 1980’s aesthetic have been an inspiration to a younger generation of artists. These elements are the graphic design in the paintings of Matthew Brannon that reflects upon the themes of the autobiographical narrative and the destabilization of language, in Barb Choit’s rephotographed faded Nagel posters and in Marc Hundley’s silkscreens with texts culled from the era’s music that catalogue his personal experiences; the stylized exotic of the 1980’s in the hypnotic vibrant paintings of Sascha Braunig and Mathew Cerletty; the glamour of the era in Elad Lassry’s faux-commercial photography and Megan Marrin’s leather objects that bring glamour back to the domestic; the postmodern architectural language in Przemek Pyszcek’s deconstructions of building structures and Michael Rey’s wall-based retro-futuristic plasticine objects.

“Rio, to me, was shorthand
for the truly foreign,
the exotic,
a cornucopia of earthly delights,
a party that would never stop.”