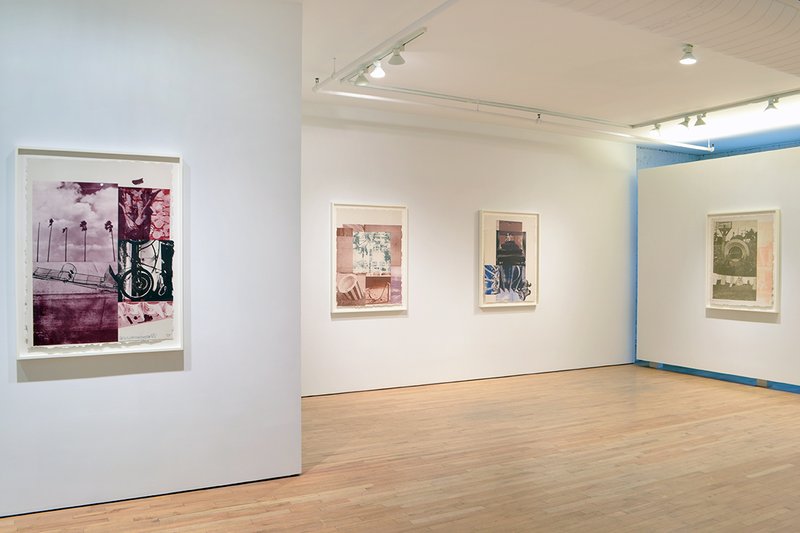 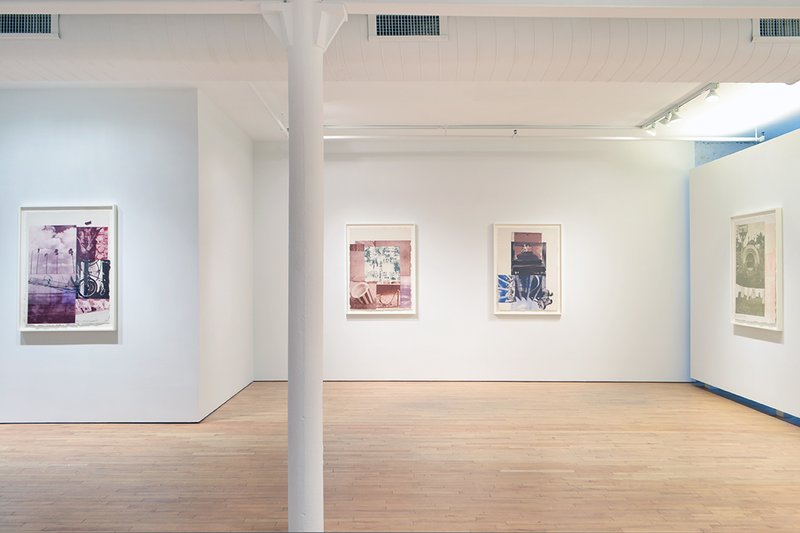 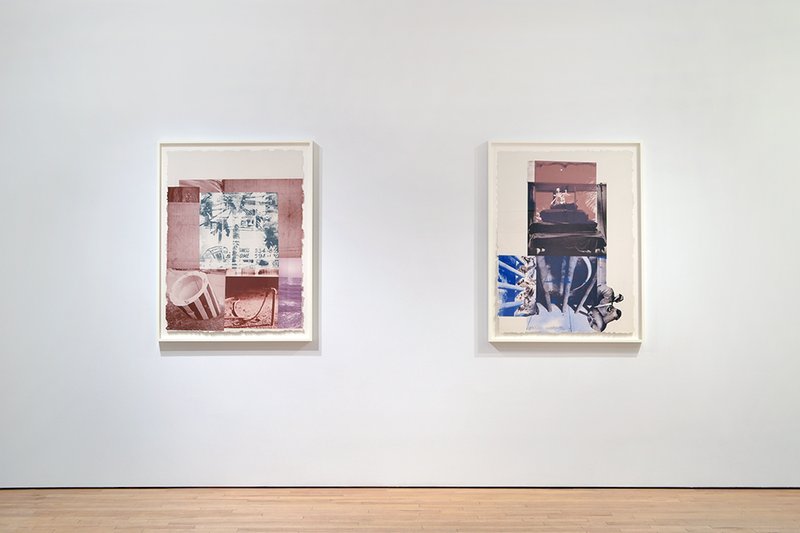 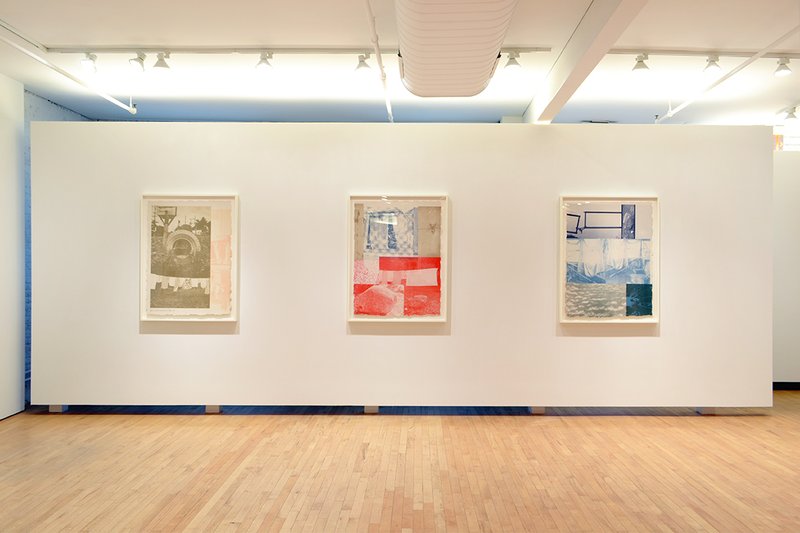 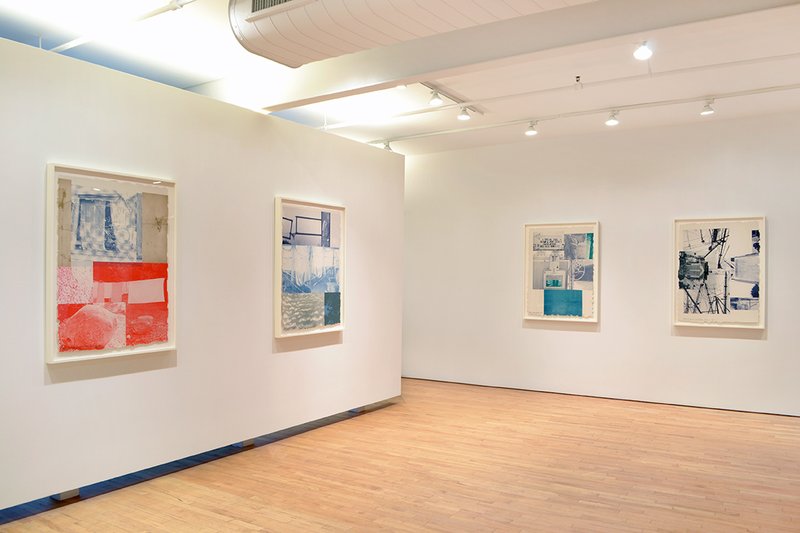 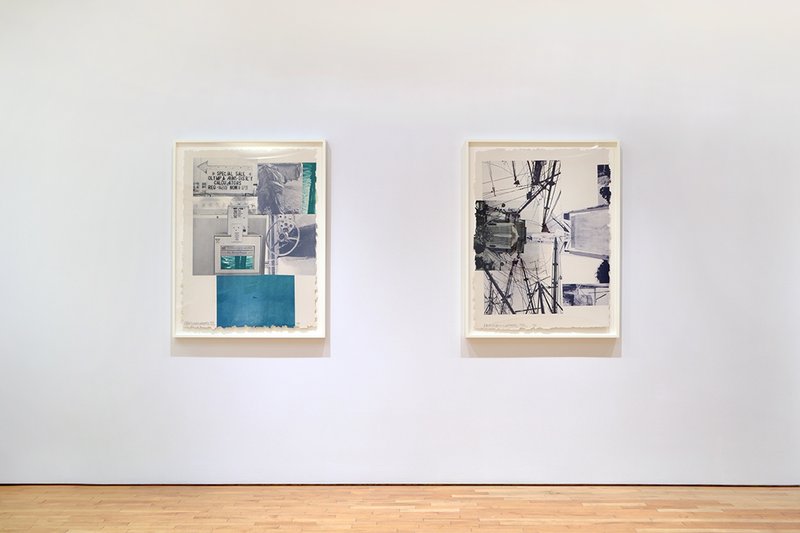 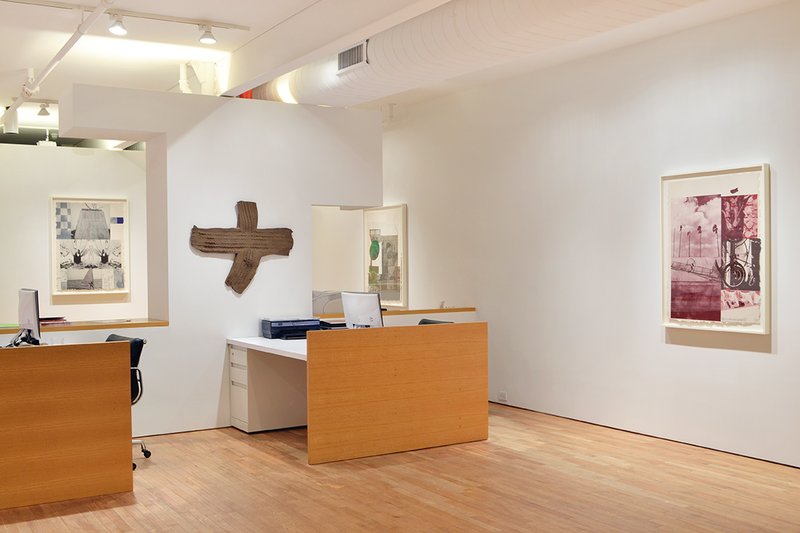 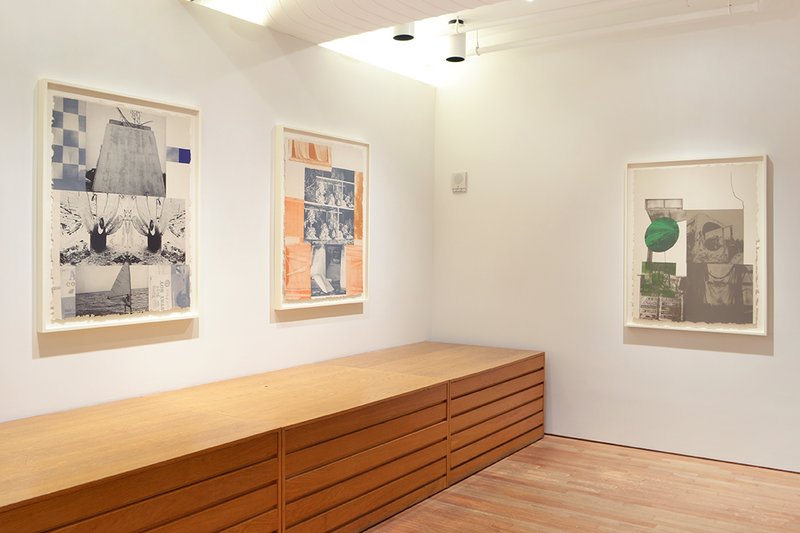 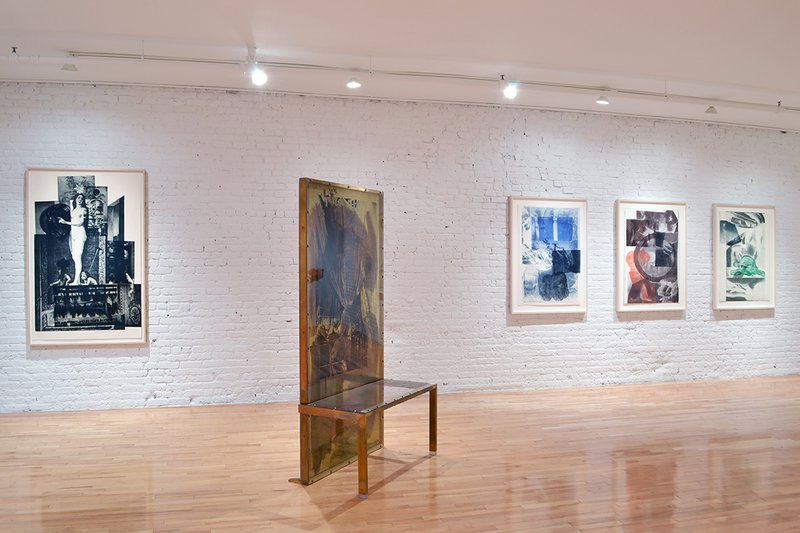 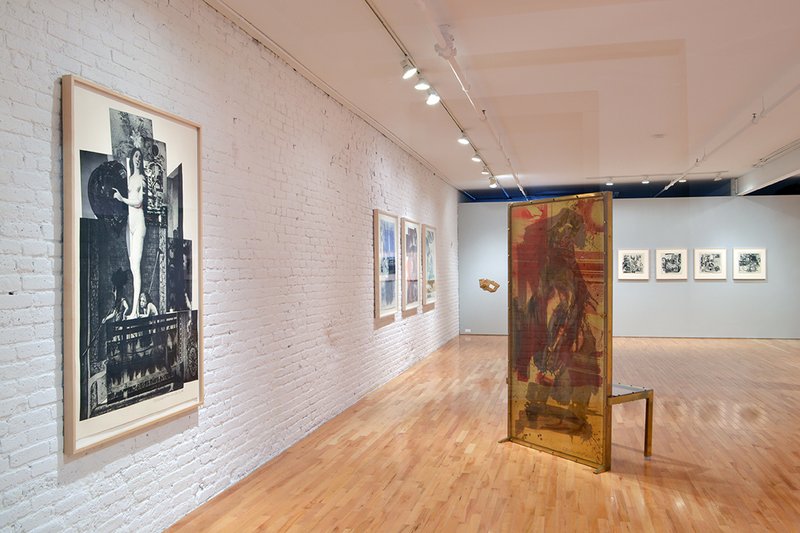 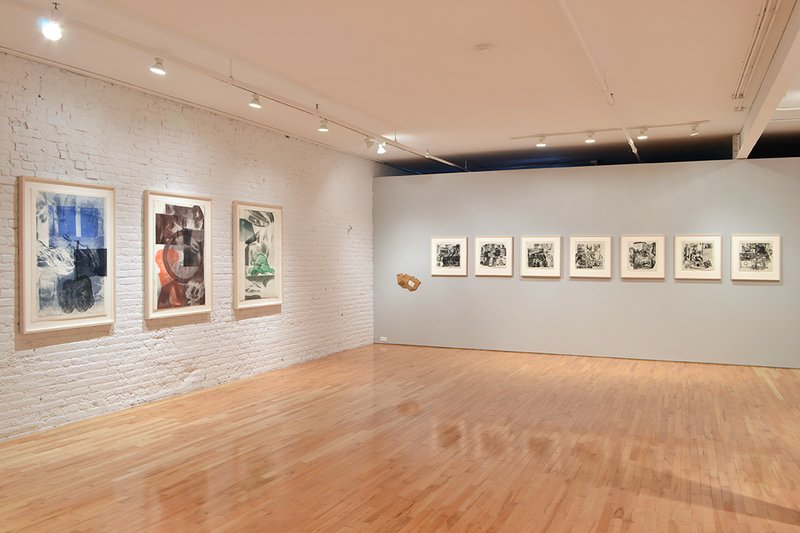 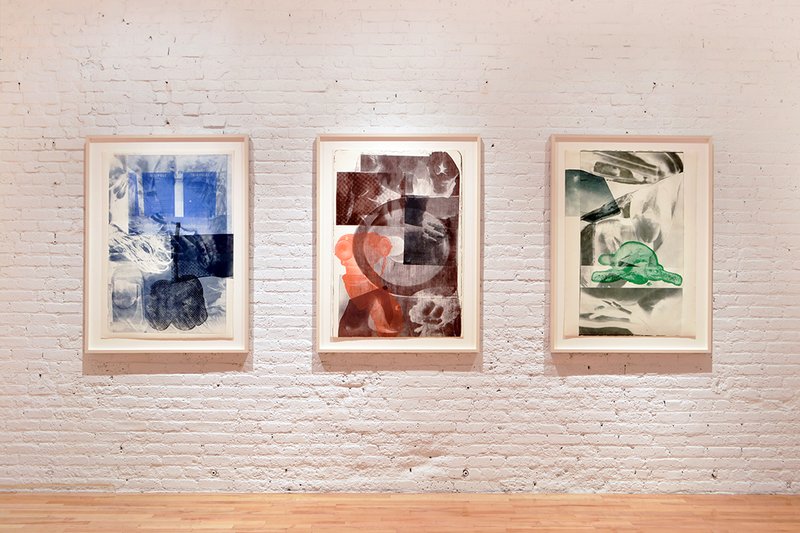 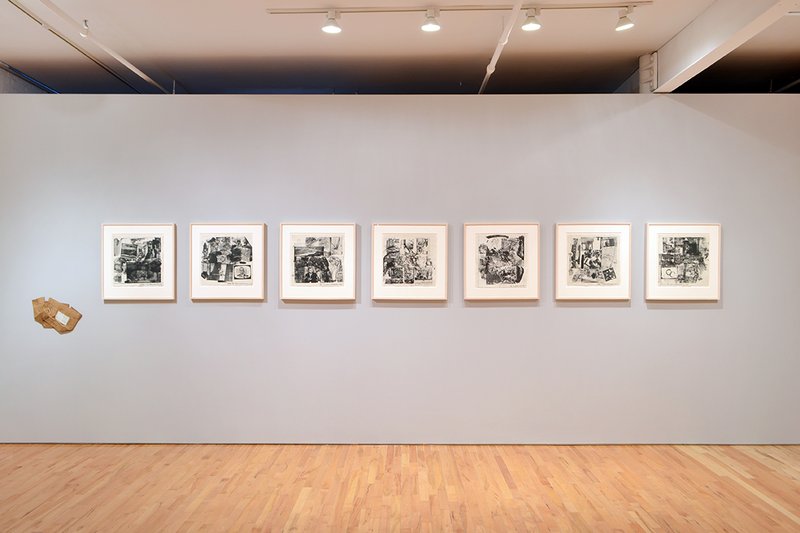 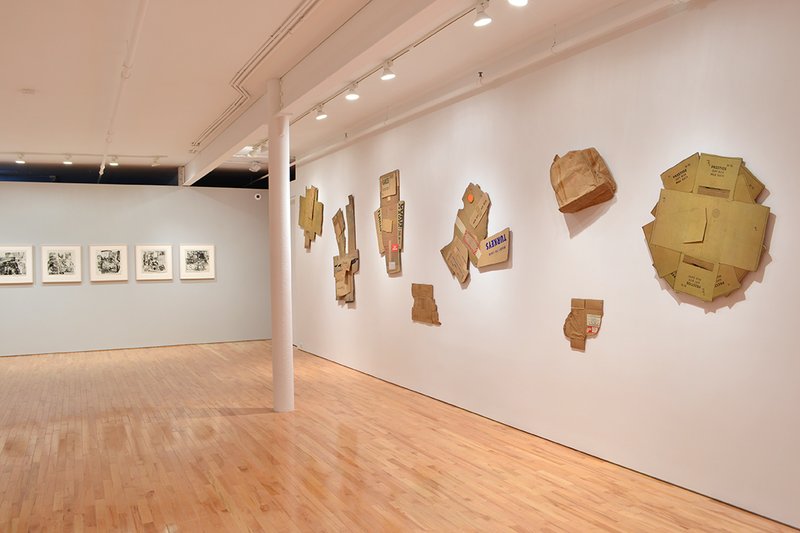 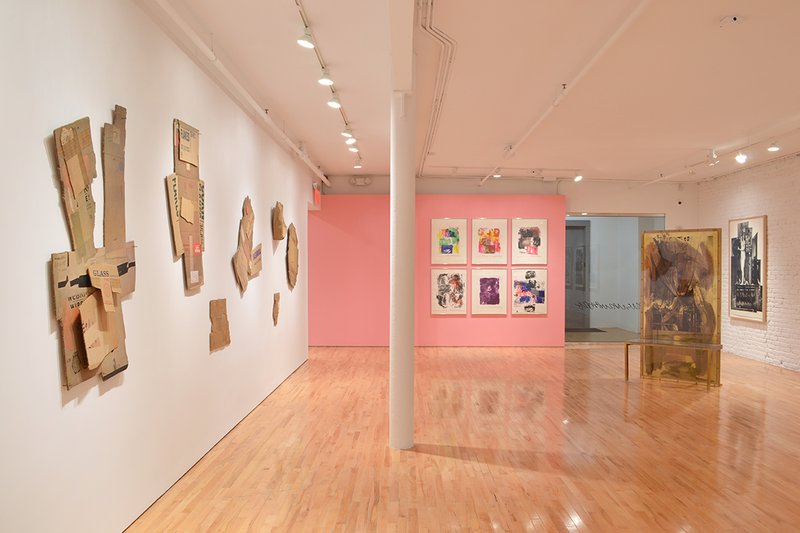 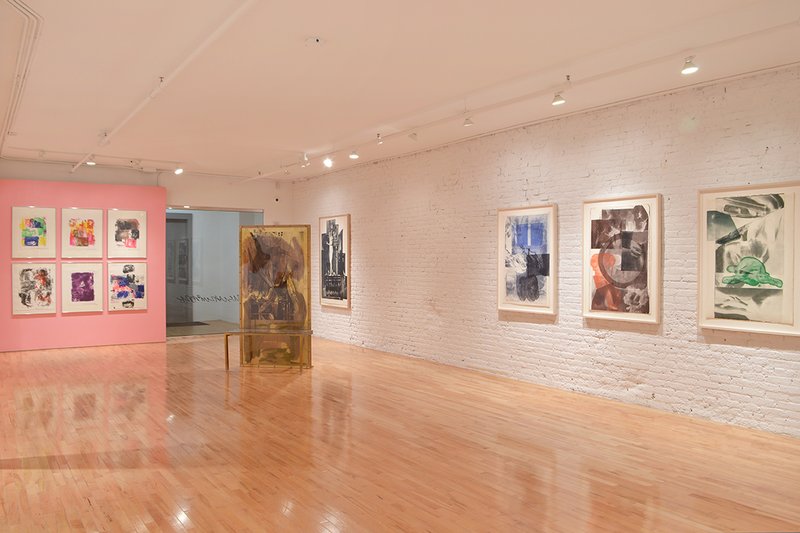 On view in the main gallery will be Robert Rauschenberg’s Rookery Mounds, reunited in New York as the complete suite for the first time since they were initially exhibited at the legendary Castelli Graphics in 1979.  This historic series of eleven lithographs marks the first printmaking project in which Rauschenberg utilized his own photographs, taken in and around the environs of his Captiva Island residence.  Rauschenberg had taken thousands of pictures in preparation for Glacial Decoy, his collaboration with choreographer Tricia Brown in which he designed sets and costumes, and he stated, “I became addicted to photography again…The camera heightened my desire to look.” It is a selection of those photographs that Rauschenberg brought to Los Angeles for the making of Rookery Mounds, and it is this series that heralded a new direction for Rauschenberg’s printmaking.

Additionally, in the Project and West Gallery exhibition spaces will be a not-to-be-missed presentation of print and sculptural projects from the 1960s and 70s curated by artist and longtime friend of Rauschenberg, Larry Mantello.  Selected from one of the largest and most important privately-held collections of editioned Rauschenberg works, on view will be complete suites of Drawings for Dante’s Inferno, Reels B+C, Tampa Bay Clay Pieces, Cardbirds, and other exceptionally rare prints and multiples.

These exceptional presentations are timed to coincide with Robert Rauschenberg: Among Friends, on view at The Museum of Modern through September 17.  Bringing together over 250 paintings and sculptures spanning six decades, MoMA’s exhibition includes sound and video-recordings installations designed by artist/filmmaker Charles Atlas, and features a prominent presentation of Glacial Decoy.