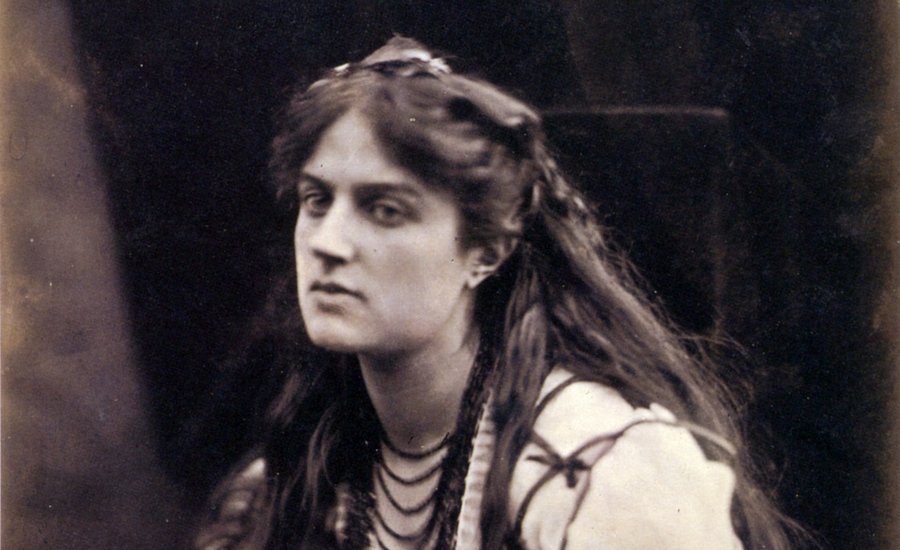 The heat-deep color palette of mid-July might encourage seasonal nostalgia in those of us prone to fits of romance (or summertime sadness, if we believe Ms. Del Rey), and there are few better aesthetic typifications of this ailment than the paintings of the Pre-Raphaelite Brotherhood, a late Victorian association of British painters, poets, and critics who sought to reform art by rejecting the contributions of the Mannerists in favor of a staunchly Quattrocento approach.

via Archaelogy wiki and The Cut, respectively

Their collective signature style centered fire-haired beauties luxuriating against, amidst, and around Italianate architecture of various descriptions, limned in blooming flora and draped in jewel-toned robes. This medievalist concentration on mimesis and historical reverence as central to art’s purpose bolstered the “reformation” ethos of the Brotherhood; they even went so far as to publish a periodical called The Germ to promote their tenets. The group aligned their outlook with that of British critic John Ruskin, a traditionalist whose religious background closely informed his academic opinions. Amusingly, the Pre-Raphaelites loathed the work of Sir Joshua Reynolds, founder of the English Royal Academy of Arts, deeming his influence socially degrading and often referring to him as “Sir Sloshua” in print (clever? No, but we'll allow it). In simpler terms, the Pre-Raphaelites’ non-dogmatic (but still sort of bossy) doctrine could be best summarized best by William Michael’s Rossetti’s four declarations, enacted at the outset of their tenure:

1. to have genuine ideas to express;

2. to study Nature attentively, so as to know how to express them;

3. to sympathise with what is direct and serious and heartfelt in previous art, to the exclusion of what is conventional and self-parading and learned by rote; and

4. most indispensable of all, to produce thoroughly good pictures and statues Ophelia (1851) by John Millais via Nature.com

The Brotherhood was founded in 1848 by William Holman Hunt, John Everett Millais, and Dante Gabriel Rossetii, eventually expanding to include artists like James Collinson, Grederic George Stephens, Thomas Woolner and Ford Madox Brown. Like most organizations of their time, the Pre-Raphaelites weren’t particularly good at including women outside of a compositional context. Still, women’s contributions to the movement cannot be overstated; outside of inspiring the allegorical embodiments so beloved by painters and critics alike, a small but stolid group of female painters helped secure the Pre-Raphaelites’ prominence in art history. The most chronically overlooked of this ilk has to be Marie Spartali Stillman, an underrepresented but significant talent in her own right. Born into an affluent Greek merchant family in London, Marie’s father was the Greek Consul-General to the United Kingdom and a dedicated patron of the arts. Her uncommon beauty and parental proximity to the highest echelon of artistic production in England made her an immediate point of fascination for the 'gliterati' of her circle. Termed “Jane Morris for beginners,” in reference to the famed red-crested Pre-Raphaelite muse du jour, she and her cousins Maria Zambaco and Algaia Coronio became known as the Three Graces of England, frequently posing for Madox Brown, Whistler, Rossetti, and Stanhope, among others. Marie via The National Herald

Bored and stifled by her role as a subject, Stillman, nee Spartali, begged her father to allow her to study under Madox Brown, eventually completing six years of training with him in watercolor, a medium considered appropriately ladylike for the time period. While some texts have cast Spartali as some sort of proto-feminist revolutionary, her participation in the Pre-Raphaelite Brotherhood very much adhered to the social confines of her day; she kept her hand self-consciously modest and feminine and never strayed into the messy, "masculine" world of oil paint. She was, however, preternaturally dedicated to her practice, producing an expansive body of work over the course of her life. After only three years of tutelage, she debuted three paintings at Dudley Gallery in London in 1867, eventually showing her pieces at the Royal Academy in 1870, a mere decade after the institution lifted its ban on women. In 1871, she married William James Stillman, an American painter, writer and journalist whose far-flung lifestyle required her constant financial benefaction; sales from her paintings funded their travel between England and Italy from 1877 to 1888, however, which further influenced her development as an artist. Unsurprisingly, her success was downplayed by the critical forces around her. Rosetti wrote of her work, “like most of her sex, she is not gifted with a strong eye for form,” later going on to praise her “beautiful and picture-like head” above any examples of her creative labor. Her obituary writer even characterized her career as specifically lackluster, opining, “it can hardly be said that she had high creative power, and her mastery of the technique of art was never very complete” (yikes). As such, Stillman was purposefully sidelined and very nearly forgotten by history, despite her status as the only Pre-Raphaelite to ever work in the United States. Over the last few decades, however, her contributions have enjoyed a circulatory resurgence, lending a welcome subtlety to an otherwise pedantic, if effortfully indulgent, movement. Scholars have long been interested in identifying clandestine signs of female agency in Stillman's subjects, and while it's impossible to identify much authorial intent on the part of a long-gone artist, a certain quality of contemplative stillness is palpable throughout her oeuvre, perhaps a function of the intuitive empathy she had for her models. The Pre-Raphaelite aesthetic rarely if ever allowed space for the psychic lives of the women portrayed, and Stillman, gentle, restrained, and illustrative in her interventions, forced blood from the gorgeous stone of a movement that can seem little... silly, in retrospect.

So, remember, friends... for as long as there have been eyeballs and sexists, there have been women painters doing a bang-up job, despite their, uh, "picture-like heads."

The Other Art History: The Forgotten Cyberfeminists of '90s Net Art 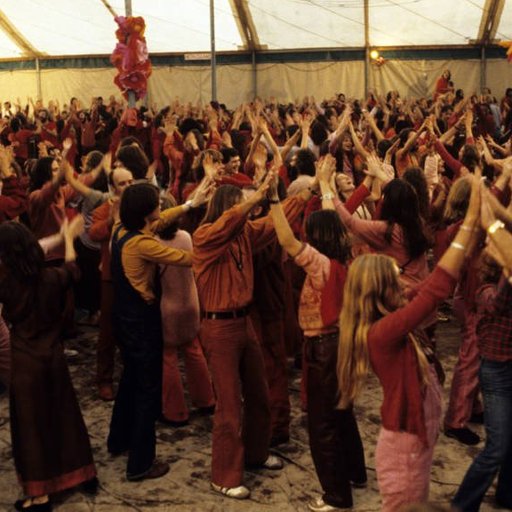 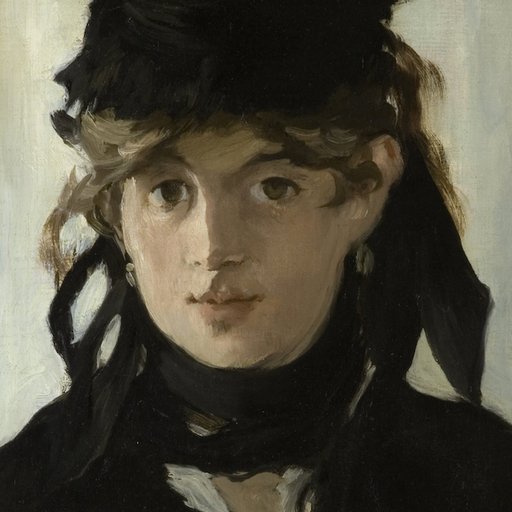 Who Is She? The Artist Love Affairs of Yesteryear
Read More ▸ 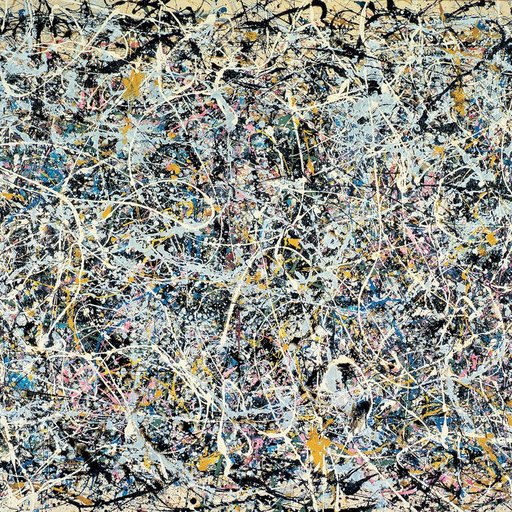 No, Your Kid Couldn't Paint That: A 101 Guide To Appreciating Abstract Expressionism
Read More ▸ 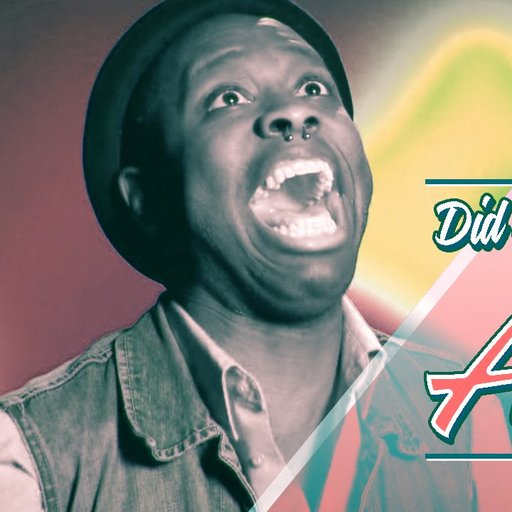