In today’s spotlight, we take a closer look at Bharti Kher, her work, and her artistic legacy.

Bharti Kher (b. 1969) was born in London and currently resides in Gurgaon, a suburb of New Delhi, India, where she has made her name with ambitious, surrealist projects that explore a variety of postcolonial themes. She studied at the Middlesex Polytechnic in London and received her BA Honours in Fine Art, Painting at the Foundation Course in Art & Design at Newcastle Polytechnic in 1991. Her taste for artistic metaphysics has been honed over two decades of unusually positioned inquiry; Kher’s status as a reverse emigre, having moved to her family’s country of origin from England at the age of 23, imbued her work with a rare and specific diasporic perspective from the outset, one that has encouraged fluid, non-chronological takes on sex, identity, and the human condition. And the while the benevolent slept, 2008 via Leap Magazine

Kher’s work has been the subject of numerous solo exhibitions and has been collected by prestigious institutions all over the world, like the British Museum, The Guggenheim, Abu Dhabi, the Walker Art Center in Minneapolis, MN, and Queensland Art Gallery in Australia. Her sculptures, installations and paintings regularly fetch market prices in seven figures, and she is widely considered one of the most influential and important contemporary artists in India today. Her solo exhibition "A Wonderful Anarchy" opened last month at Hauser & Wirth Somerset, the gallery that represents her. Mother and Child, 2014 via Artforum

Kher’s pieces provide a topology of cultural misinterpretation, weaving Hindu mythology, tantric painting and found objects together in sweeping odes to selfhood. Her pieces slice through the theatre of assumption with fine-tuned resonance, toying with our collective need for answers by asking further questions. Kher isn’t a strictly narrative artist, and has always been drawn to the angular junctures of mis-matched belief systems, often pairing spare two-dimensional compositions with more materially complex, confrontational sculptures. Since 1995, Kher has been adorning her pieces with bindis. Aveek Sen writes:

At once ritual and cosmetic, abstract and culturally specific, traditional and contemporary, the bindi—a mass-produced dot of variable size that subcontinental women stick on their foreheads—is a “third eye”: the micro-unit of a symbolic code, associated with a mode of vision that ranges from the intuitive to the numinous. But Kher’s use of this code also yokes these registers of symbolic meaning to the intimate and the everyday, to a vast and variously hierarchical social demography of women, in which the individual mingles with the collective, and absence is haunted by the ghosts of presence

There’s something about this symbol swarming over her otherworldly surfaces that renders subjects both magical and infected, and nowhere is that ambiguity more poignant than Kher’s The Skin Speaks A Language Not Its Own, which fetched over a million dollars at Sotheby’s London auction in 2010. The Skin Speaks A Language All Its Own via Qagoma Learning

The sculpture, which took almost a year to complete, depicts a lifesize dead elephant whose still, supine form is adorned with thousands of glinting bindis. It’s presence is stark, heavy, and undeniable; in his reporting for the Guardian, art correspondent Mark Brown interpreted the sculpture as a metaphor for India itself, asking whether the elephant was “slumped, exhausted, under the weight of history—or rising, renewed, ready to become a powerhouse once again?” In discussing her work, most critics have made straight-forward through-lines between Kher’s personal and national allegiances and the figures she creates. However, in an interview with ArtReview that same year, Kher insisted, “It’s easy to say that the displacement in my work reflects my personal life, that the misunderstanding is about myself—they say, “They’re you’; I say, ‘No, they’re you’. Those feelings of neither being from here or there don’t just apply to those who move from different countries.”

This penchant for the elusive threads her practice into a cohesive unit; her paintings, which appropriate the bindi shape into atmospheric miasmas and modernist targets with equal panache, hum with an eerie elegance matched only by her sculptural endeavors. Kher's achingly gorgeous contribution to the Great Women Artists portfolio, Grey not Black, not White (2017), transports the viewer to a spinning psychic environment of queasy calm. Pops of color sizzle against a gentle grey swirl, reminding us how difficult it is to tell where cultural identity begins and ends. There's a symphonic, dystopian element to Kher's work, and her hybridized monstrosities seem to bear witness the sort of shifting social modalities they comment upon. Never coy, but often sphynxlike, her art registers the full scale of human emotion. A 101 Guide To the Work of Lubaina Himid: Pioneer For Visibility A 101 Guide To The Work of Dana Schutz: Translator of the Human Condition
Read More ▸ 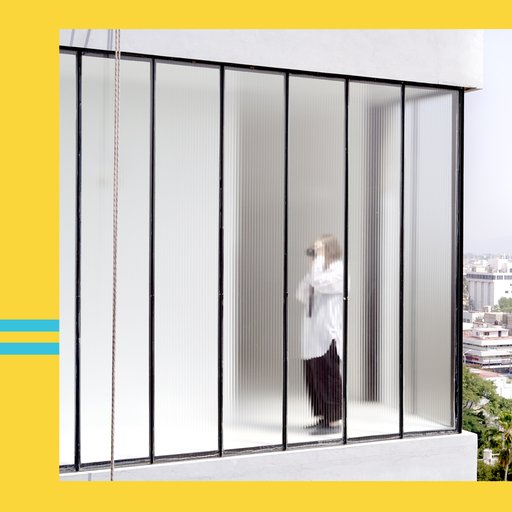