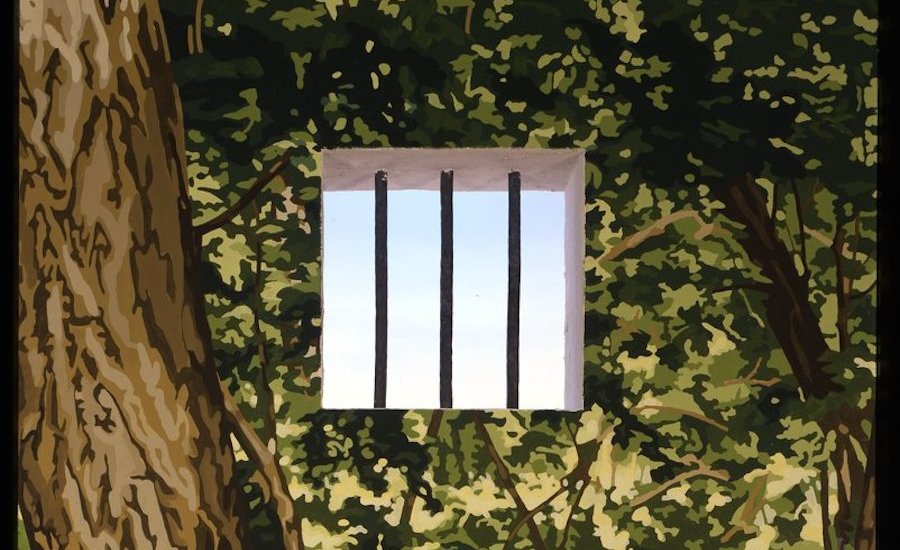 As Andrea Fraser's current show brings the sounds of Sing Sing to the Whitney's fifth floor, and as presidential candidates debate reform of the criminal justice system, we at Artspace have found ourselves pondering the long and involved history of incarceration in art. Some artists have drawn parallels between the jail experience and the voluntary confinement of the studio; others have taken inspiration from the physical structure of the prison (often by way of theorists like Michel Foucault) or from current research and activism. Here are six important examples, ranging from cell-like paintings to extreme durational performances, to keep in mind. For Cage Piece, the first in his series of five “One Year Performances,” the Taiwanese pioneer of extreme durational art spent an entire year locked inside a hand-built wooden cage in his Tribeca studio. The sparsely furnished prison of pine dowels (equipped with a bed, a blanket, a sink, and a bucket) was sealed by Hseih’s lawyer, and a friend came once a day to deliver food and clean laundry and remove waste; human contact was minimal, and even during the open-studio “visiting hours” that Hsieh held every three weeks, attendees could look but were disallowed to talk to the artist. Entertainment and other distractions were not part of the self-imposed plan, outlined on a manifesto: “I shall NOT converse, read, write, listen to the radio or watch television until I unseal myself on September 29, 1979.” Hsieh passed the time meditating, looking back on his life and career, and making hatch marks on the walls with his fingernails. In a gesture inspired partly by Foucault’s Discipline and Punish, which proposed that confinement and surveillance were latent in geometric structures (just like the Panopticon), the founder of the “Neo-Geo” movement transformed typically Minimalist square and rectangular compositions into prison cells by adding vertical bars. The motif has been a persistent one in his decades of painting, appearing in monochromatic and day-glo versions, and in his writings, which connect abstraction to post-structuralist theory by, among others, Jean Baudrillard and Guy Debord. In a 1984 essay in Arts Magazine titled “The Crisis in Geometry,” Halley argued: “The formalist project in geometry is discredited. It no longer seems possible to explore form as form (in the shape of geometry), as it did to the Constructivists and Neo-Plasticists, nor to empty geometric form of its signifying function, as the Minimalists proposed.” Countless artists have drawn comparisons between the white box of the gallery space and the prison cell, but few of them have made anything as eerily evocative as this editioned sculpture by Gober. Offering up a glimpse of blue sky (actually an artificially illuminated painting) between hand-forged iron bars, it invites viewers to sympathize with the incarcerated and, especially for those who know Gober’s oeuvre well, to think about more psychological kinds of confinement. In particular, Prison Window seems to be of a piece with Gober’s sculptures of barred structures such as cribs and playpens, inviting us to ruminate on experiences of confinement from childhood. MoMA owns one, and featured the series prominently in the artist’s 2014 retrospective there.

Marina Abramovic
The House With the Ocean View, 2002 Combining physical barriers and prison-like privations with the degradation of constant surveillance, this 12-day performance at Sean Kelly Gallery counts as one of the most challenging in Abramovic’s career. The artist confined herself to three elevated platforms in the gallery, which housed a bathroom, a sitting room, and a bedroom that could be traversed between but not escaped since they were connected to the floor only by ladders with butcher knives for rungs. She did not eat or speak during the performance, and fasted for the duration. “I was there to be projected on,” Abramovic told Laurie Anderson in BOMB, recalling of the visitors who watched her, “They project their own sadness onto me and I reflect it back. And I cry out in the saddest way, so they are free.” The piece attracted many people who were not art-world regulars and became a kind of urban legend, even receiving a notorious homage on an episode of “Sex and the City.” In his solemn and deeply moving current solo at Artists Space (through March 13), Rowland takes on the issues of forced labor and racial imbalance in prisons—presenting objects made by prisoners in New York State for compensation well below the minimum wage and sold through a nefarious-sounding state agency called Corcraft. (The title of Rowland’s show, "91020000," is a customer number assigned by Corcraft to Artists Space.) The items Rowland purchased through the gallery for the exhibition include a steel desk made by inmates at Attica and wooden benches (pictured above) built at Green Haven and used in New York courtrooms. In a brochure that accompanies the show, Rowland suggests that we might see those benches as symbols of injustices perpetuated: “The court reproduces itself materially through the labor of those it sentences.”

Andrea Fraser
Down the River, 2016

Known for her astute criticism of museums, in video tours that find her playing the role of privileged docent with considerable ambivalence, Fraser is now targeting a different kind of institution. For her contribution to the Whitney’s exhibition series “Open Plan,” which invites artists to work with the museum’s biggest column-free space in its undivided state, Fraser has installed a sound piece that broadcasts ambient noise from New York State’s Sing Sing Correctional facility into the vast, sunlit gallery. It’s a study in contrasts, as visitors roam freely about the 18,200 square-foot space and savor its Hudson River views while experiencing the dissonant soundscape of the cooped-up (lots of shouting and clanging). “Art museums and prisons can be seen as two sides of the same coin in an increasingly polarized society where our public lives, and the institutions that define them, are sharply divided by race, class, and geography,” Fraser writes in an opening statement that may permanently change the way you look at the Whitney and other luxurious products of the museum boom. 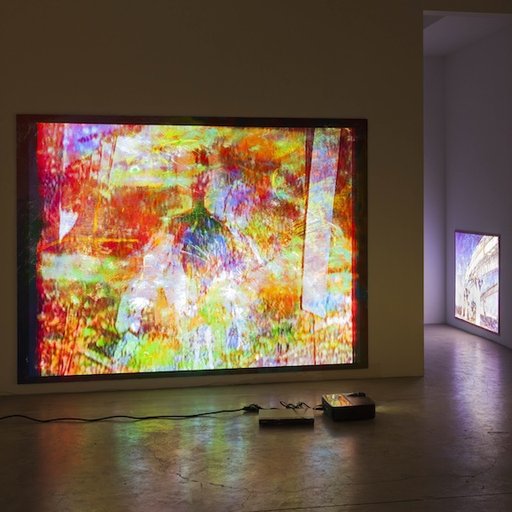 The Rise of the Projected Painting: 5 Artists Who Fuse Canvases and Circuitry
Read More ▸ 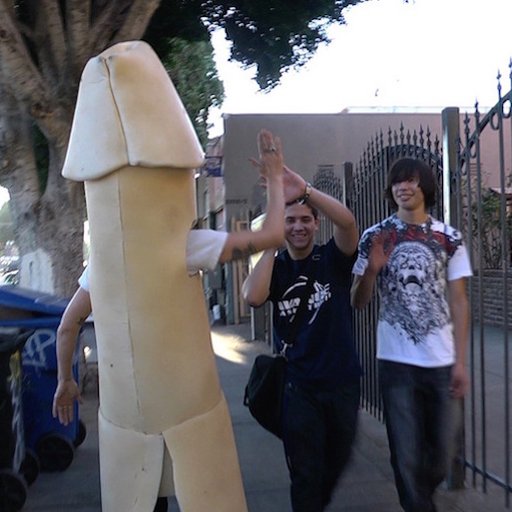 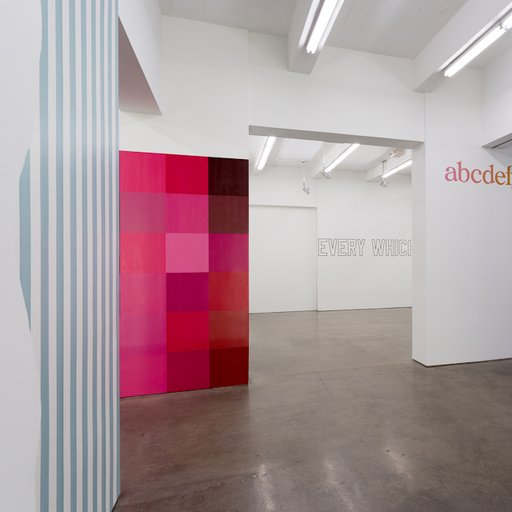 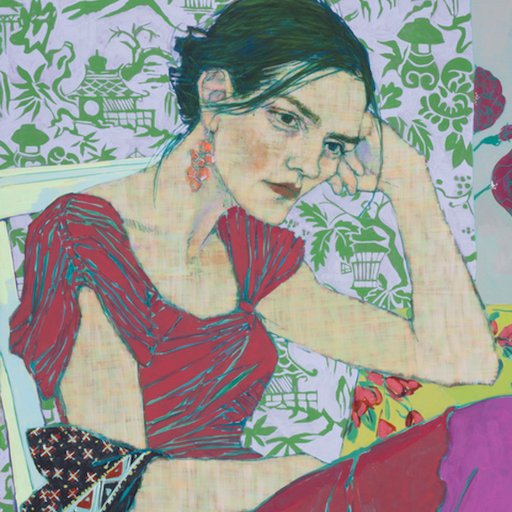 The Secession Strikes Back: 5 Rising Art Stars Inspired by the Vienna of Klimt and Schiele
Read More ▸