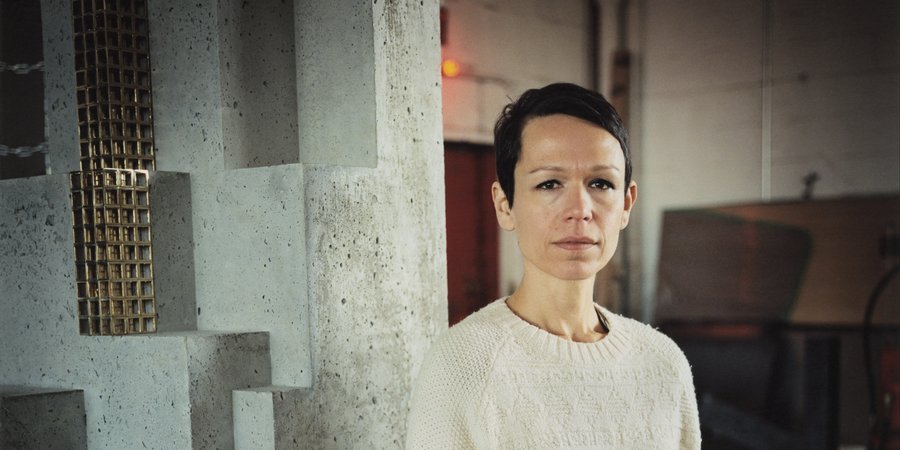 “Initially, I thought I’d bring the show that had been on the High Line for a year,” the Geneva-born, New York-based sculptor Carol Bove says as she walks through the whitewashed rooms of David Zwirner’s London gallery.

Stumbling upon her series of abstract shapes and enigmatic forms amidst the unkempt High Line flora, last year, was akin to coming across a lost civilization—an effect that's difficult to replicate in Mayfair (although a couple of the steel I-beams from the High Line show found their way into a sculpture at Zwirner). Those works, she says, "would have looked weathered and great in this space. But it took more ideas before things gelled into this correct form.”

Nonetheless, her London show "The Plastic Unit" (through May 30), sees the artist continuing to work with glyphic forms—as in the high-gloss white loops she calls "Noodles"—and with organic materials like petrified wood. (One piece of wood bolted to a steel girder is supposedly 30 million years old.) She is also displaying a newfound affection for concrete, in some stepped pedestal-like sculptures that look like little chunks of the Manhattan skyline. "Even though years ago we wouldn’t have thought of concrete as a romantic material, it’s kind of grown on us," she says.

As is often the case in her shows, sharp-eyed visitors will be rewarded for discerning little moments of connection between different substances. Look closer and you’ll notice that the couplings on the tiny brass cubes climbing around a concrete block mirror the far bigger ones clamping the ancient wood to a steel beam in a nearby piece. Everything is meticulously arranged, according to a process Bove calls “conditioning the space.”

The new work also brings to mind her assertion in a new book Akademie X that “in order to make something that’s meaningful you have to start by figuring yourself out.” Bove says this show is the first she’s done that reflects her unfiltered vision. “There’s no other author, there’s no other person’s artwork, there’s no inclusion of books, there’s no obvious referentiality or overreferentiality.”

See photos from the show below 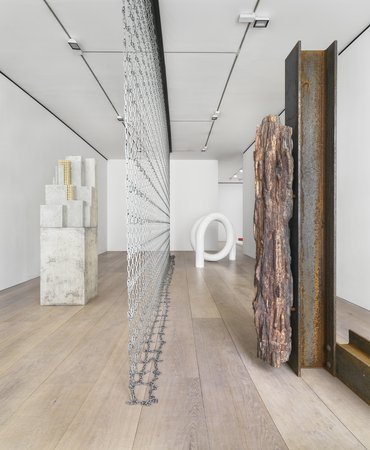 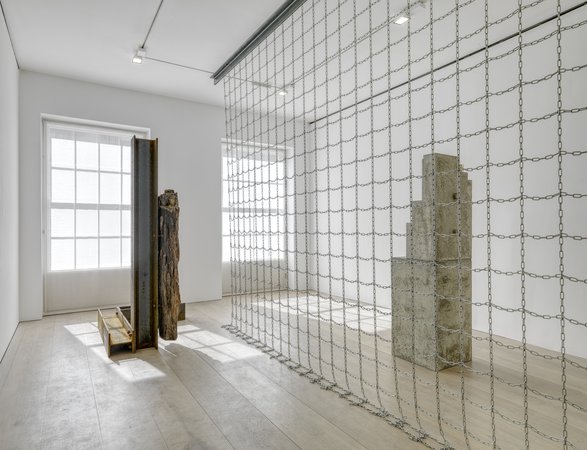 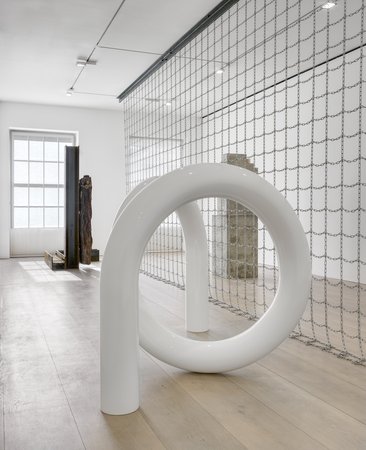 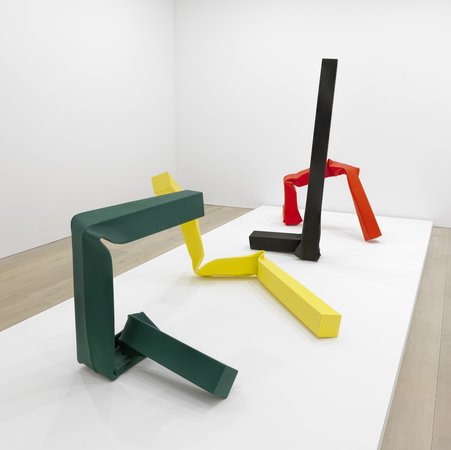 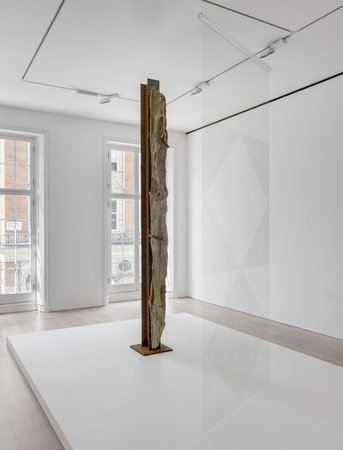 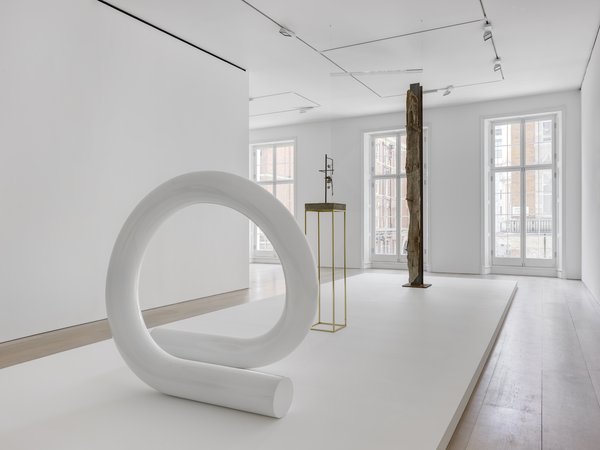 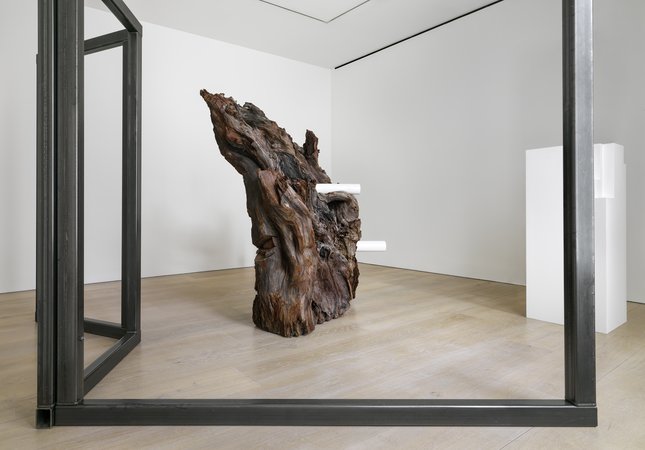 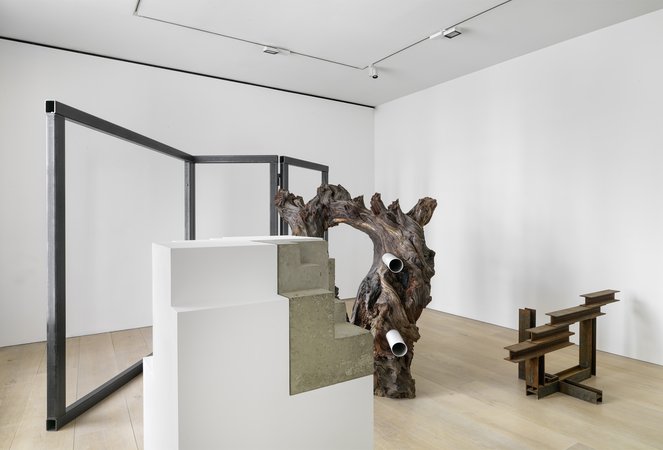 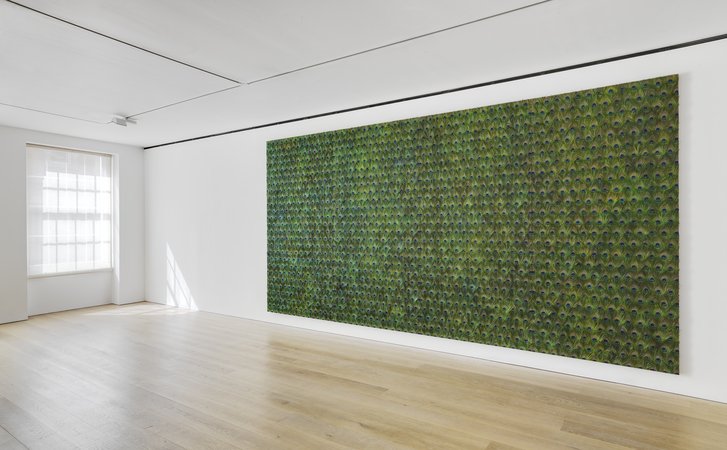 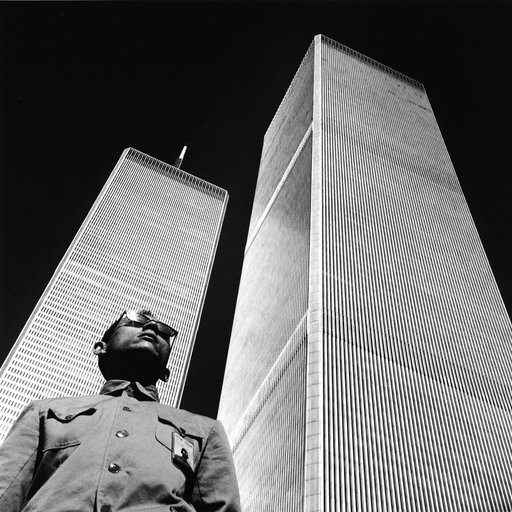 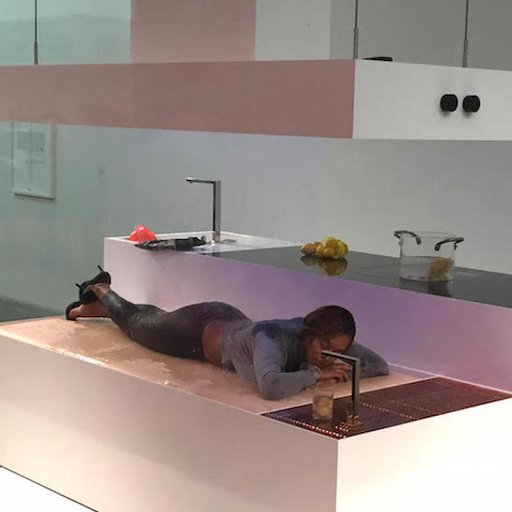 At the New Museum Triennial, Post-Internet With a Poet's Touch
Read More ▸ 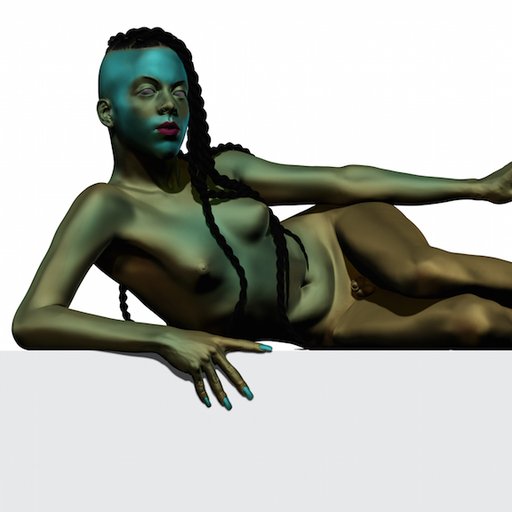 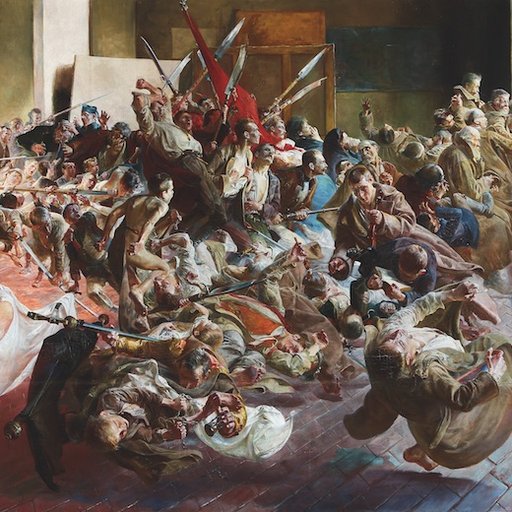