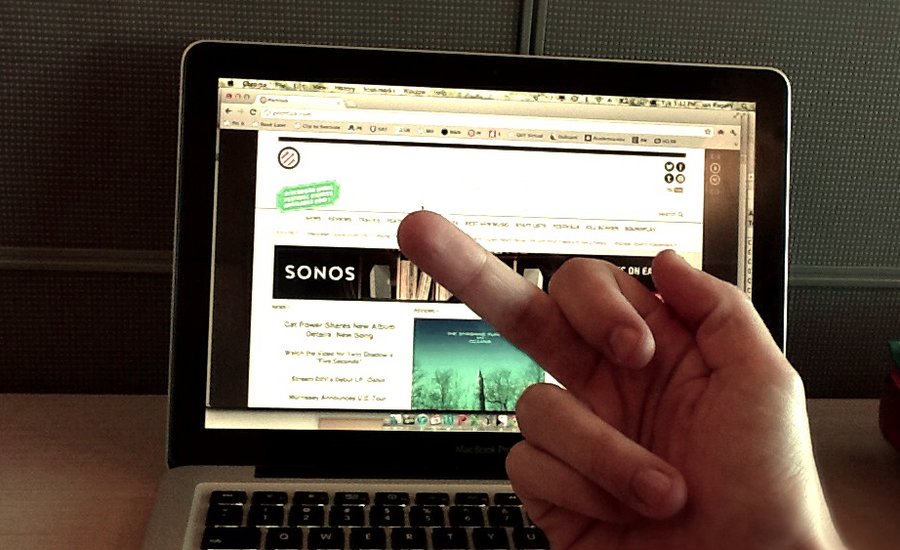 Image via The Occasional Musician

In 2012, Brian Droitcour—now an editor at Art in America—started to review museums and galleries on Yelp. A five-star review of the new Whitney building notes that “the air quality is really great. It has a mild neutral smell and a gentle sense of movement as it circulates around you.” Droitcour, like most art critics, had previously just written about exhibitions. But Yelp allowed him to discuss the physical experience of being in art institutions. A Darren Bader show at Andrew Kreps, for instance, gets two stars: “The walls, floor, and air were there between things to isolate them from each other, and isolate me from them.” Micro-cinema Light Industry also got two stars. “Pretty much everything they show is really boring to me, or just plain bad. There are people who love bad old art films though, and if you're one of them Light Industry is great for you.” If these takes feel honest, funny, and smart, it’s partly because Yelp—unlike most art publications—allowed Droitcour to write negative reviews.

While the hot-take-industrial complex encourages rash, combative opinions within news think pieces, it’s weirdly difficult to write a negative art review. Editors encourage writers to only pitch shows they enjoyed, or will sometimes cut out critical remarks before publishing, occasionally without telling the writer beforehand. As art critic and media theorist Boris Groys pointed out, “Today artists want to be critical—but art criticism is almost always affirmative. It is affirmative, for example, by siding itself with art that wants to be critical.” The result is reviews that, increasingly, are indistinguishable from—and basically function as—press releases. The White Pube, or “the collaborative identity of Gabrielle de la Puente and Zarina Muhammad,” coalesced, like Droitcour’s Yelp reviews, out of a similar antagonism to this type of criticism. As they say in their mission statement, “We started writing about art because everything else was boring/overly academic/white nonsense////and male.” The White Pube publishes one review on its website each week, and while independent criticism is financially difficult (de la Puente and Muhammad still live with their parents), writing on their own platform, blog-style, allows for the kind of honest, conversational tone that art magazines would usually edit out. In contrast, “every review [on the White Pube] is a personal reaction, and a record of an encounter with an aesthetic experience. we wanna write GOOD ~ have politix ~ n call out the general bullshit that stops a lot of us even wantin 2 go to galleries.” In “Death Becomes Them,” critic Jennifer Allen argues that this institutional entwining stems, in part, from the rise of the writer-curator. It used to be possible to make a living off writing or curating; since the advent of neoliberalism and Reagan-era slashes in NEA funding, much less so. To make ends meet, writers are encouraged to curate and vice versa, which means that, to quote critic Orit Gat, "Discourse about art is now created simultaneously in exhibitions and their reviews by the same people." A show’s curator and writer won’t be the same person, but they will likely know each other or at least have mutual friends. In a favor-driven economy, angering someone powerful––who you’ll also probably see at the next opening—is often too risky for a freelance writer or editor without health insurance. The likelihood of running into a professional frenemy increases in cities with smaller art scenes, such as Oakland, Philadelphia, or Detroit. Writers who give negative reviews can sometimes even get blacklisted: PR agents won’t respond to their emails, artists will refuse interviews. From an editorial standpoint, corporate sponsorships complicate any negative criticism that individual editors might want to give. Artforum, like Vogue, is, in print at least, mostly ads, while a banner ad of gallery names lines the side of its website. It’s difficult––if not verboten––to criticize the same institution that funds you. From Brian's Yelp review of the Studio Museum. Image via Yelp.com

To avoid having to submit or publish a negative review, publications usually rely on a pretty insufferable style: too much description and random jargon. Instead of a value judgement, reviews read like list of materials paired with what Polly Staple, director of Chisenhale Gallery, called “binary fluffing,” or pairing two opposite words (e.g. “thrillingly boring”) to imply meaning without actually giving any. As for incoherent uses of theory, Allen cites relational aesthetics as one possible cause. If a piece couldn’t be bought, then institutions needed another way to argue for it’s value. Theory emerged as an “objective” system of judgment: if the piece seems worthless in itself, then it can be made to seem worthwhile because of what it adds to “the discourse”; this benefit extends to post-conceptual works made from low-cost materials. Jargon-heavy writing—deploying theory as value-creation—diminishes theory, further professionalizes art criticism, and is only accessible to elite audiences who have at least heard of the jargon-words. From Brian's review of the Bronx Museum of the Arts. Image via Yelp.com

For Droitcour, Yelp was ultimately “a dead end. There’s a limit to what you can say about publics when working on your own, on a platform that emphasizes individuality of expression and response.” Droitcour was also critical of the way Yelp writing relied on PR or marketing lingo as well as its unchecked on free labor, noting, however, that the art world relies on free labor as well. Since the Yelp project, Droitcour has been working “with organizations and their audiences to talk about the collective experience of constituting a public and develop forms for expressing it.” This mission has most recently manifested in The People’s Guide to the Queens Art International, produced in collaboration with artist Christine Wong Yap, “which aspires to record and preserve viewer responses to the show.” Here, magazines and critics are cut out, giving audiences the chance to provide direct feedback to the Queens Museum. From Brian's review of the Studio Museum. Image via Yelp.com

If you want to write a negative review, the best way to start is by writing about people you don’t know—or, even better, about people who are dead, which guarantees that you won’t run into them. aqnb will also let you write under a pseudonym. If an editor is aggressively pushing back, then shift some of the blame from the piece itself onto a structural problem (e.g. “While this piece is flawed for XYZ reasons, it’s also just a representative of issue ABC”). It can also help to toss in a few things you like about the show as well. Worst comes to worst, the gallery or museum will at least feel like they’ll have quotes to pull for press blurbs.

The Artist as Critic: Mike Kelley on How He Shaped His Own Legacy 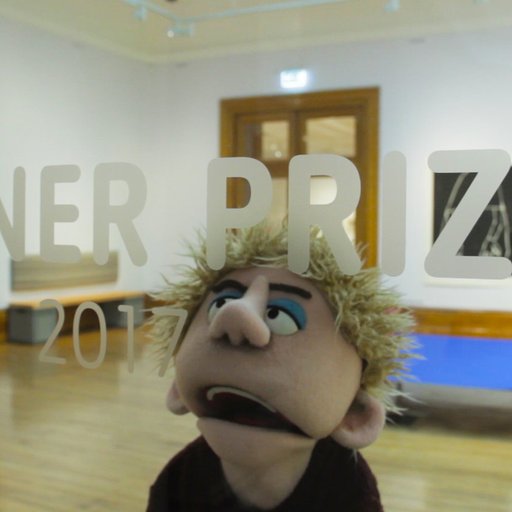 Oil, Gin, and Possible Collusion with Russia? Behind Some of the World's Largest Artist Grants
Read More ▸ 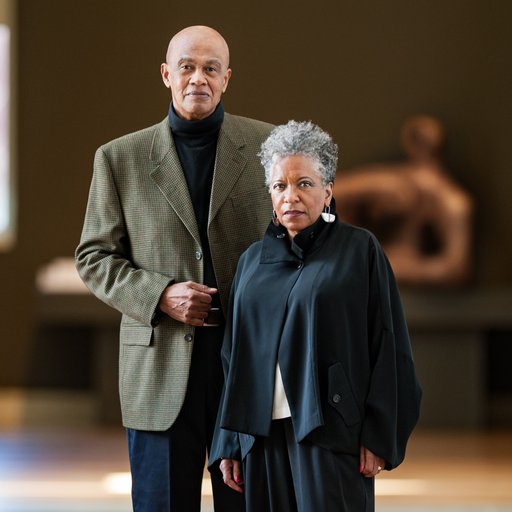 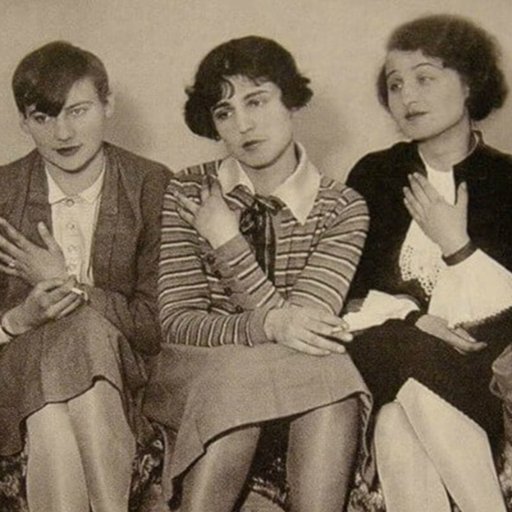 The Other Art History: The Forgotten Women of Bauhaus
Read More ▸ 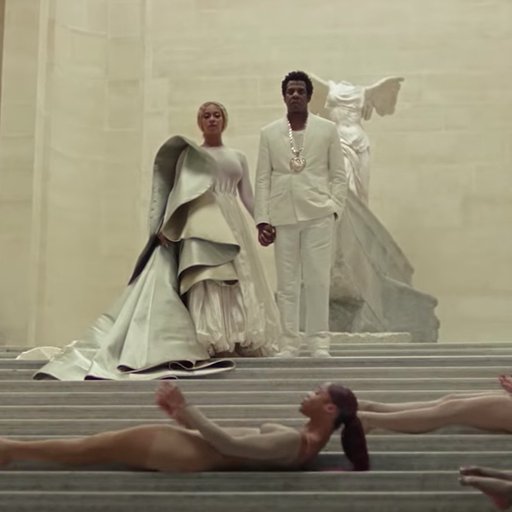 "Apeshit" at the Louvre, "Like Life" at Met Breuer, and the Persistent Whiteness of Neoclassicism
Read More ▸