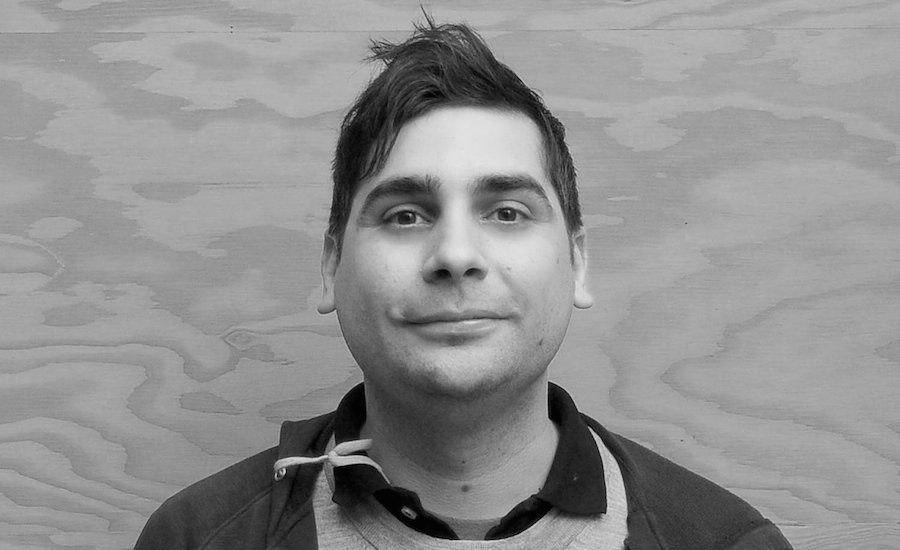 The painter Hernan Bas first caught the collecting bug early in his career, when he was a fledgling artist working for the Rubell Family Collection in Miami. “Going past the collection every day, being so familiar with it, made me realize which objects are something you could actually live with every day and which ones kind of fade away after the tenth viewing,” says Bas, recalling his days archiving works and giving tours. “That informed my way of collecting quite a bit.”

His collection and the art he makes have grown together; his early paintings set in Victorian times, for instance, found him scouring eBay and Ruby Lane for the era’s silhouettes and hairworks (memorial pictures made from the hair of a deceased family member). Later, while making works with more occult leanings, he picked up examples of “ghost photography.” And more recently, he purchased a Memphis Group chair to go along with a body of work informed by the design movement. As he says, “I’ve always had this weird method— whenever I’m working on a particular series, I tend to accumulate objects from that period or that universe.” His paintings function a little bit like museum period rooms or curiosity cabinets, placing young, male, and queer subjects in elaborately researched environments of aesthetic cultivation. Acknowledging this tendency, Bas created an installation of objects from his collection, titled A Queer and Curious Cabinet, for the Bass Museum’s group show “TIME” in 2013.

Bas has also indulged his passion for collecting in his latest show at Lehmann Maupin, “Bright Young Things,” named for and inspired by the young dandies of 1920s London (known to us from Cecil Beaton photographs). These budding socialites, known for their extravagant theme parties and gender-bending attire, were “ornamental even in rather bizarre ways,” in the words of Evelyn Waugh, who ran with the crowd in his youth. Bas, along with other connoisseurs of the period, sees the “Bright Young Things” as harbingers of today’s queer culture. In his paintings, he celebrates their “affectations” and surrounds them with prized art and design objects of the 1920s, such as Donald Deskey’s red leather club chairs and still-lifes that suggest the work of Bloomsbury Group painters Vanessa Bell and Duncan Grant. One standout work is itself a decorative object: a painted folding screen, The Fourth of June (Eton), that shows schoolboys rowing along the Thames in straw boater hats bedecked with flowers. Recently, Bas shared some works from his personal collection with Artspace’s Karen Rosenberg, and discussed their significance to his paintings (including works from “Bright Young Things,” on view at Lehmann Maupin in Chelsea through April 23). "With the work that’s up at Lehmann Maupin right now, my memento for that series was a small Cecil Beaton portrait I found on 1stdibs. Every body of work I do, I tend to collect a little memento based on that body." "Victorian mourning art was one of the first things I started collecting. I was doing a whole series based on the Victorian era and death in general, so I was obsessed with collecting these Victorian hairworks, which are these pictures made from around the turn of the century where people take the deceased person’s hair and chop it up and make a little painting of the person’s tombstone and willow trees. It actually looks really beautiful—it looks like a wreath of flowers, but it’s all made of human hair." "I have one of Carol Bove's peacock paintings, and that’s definitely up my alley in terms of the peacock feathers relating to decadence and dandyism." "Ed Warren was part of the paranormal investigation team, with his wife Lorraine, that famously researched the Amityville Horror case. Other cases from their files have been made into movies recently, like Annabelle and The Conjuring." "Ruckhäberle's works are really phenomenal and have that same sort of interior psychodrama, in that Balthus kind of way, that is definitely at play within my new series. I can’t afford a Balthus, but I can get one of these!" "Allison Schulnik gets really obsessed with certain genres, whether it’s hobos or mermaids, which I’ve been obsessed with myself in the past.  Her most recent work is these weird unicorn paintings. She has bizarre interests that I can relate to, but also I’m just in love with the manner in which she paints. I ended up doing some still lifes around the same time as I got this painting of hers, and I remember thinking to myself, 'Why am I all of a sudden painting flowers?'" "I have quite a few of Elad Lassry’s works. That still-life-ness, I’m sure, creeped into my mindset at some point." "Klara Kristalova is sort of in her own world. We show at the same gallery in New York and Paris, Galerie Perrotin. I was happy to get my hands on this one; I think it’s the last donkey head she did. She has this narrative all her own, but it also relates to mythology. I’ve never done anthropomorphic creatures and don’t plan on it—I don’t think it quite fits with what I do—but I’m very happy to have this in my collection." 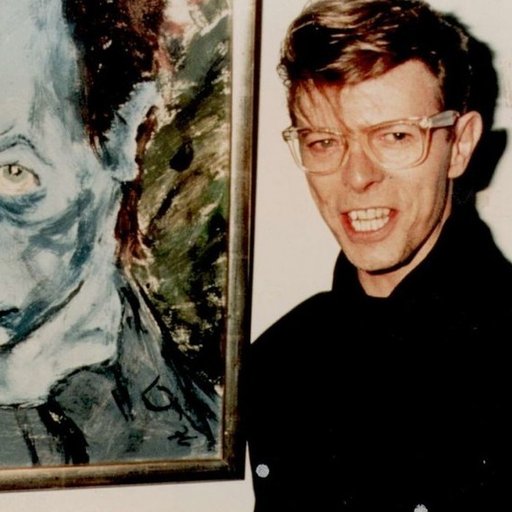