Why Are Naps Art? These Artists Are Pushing Back Against the Racialized “Sleep Gap” at Performance Space, and it Rocks 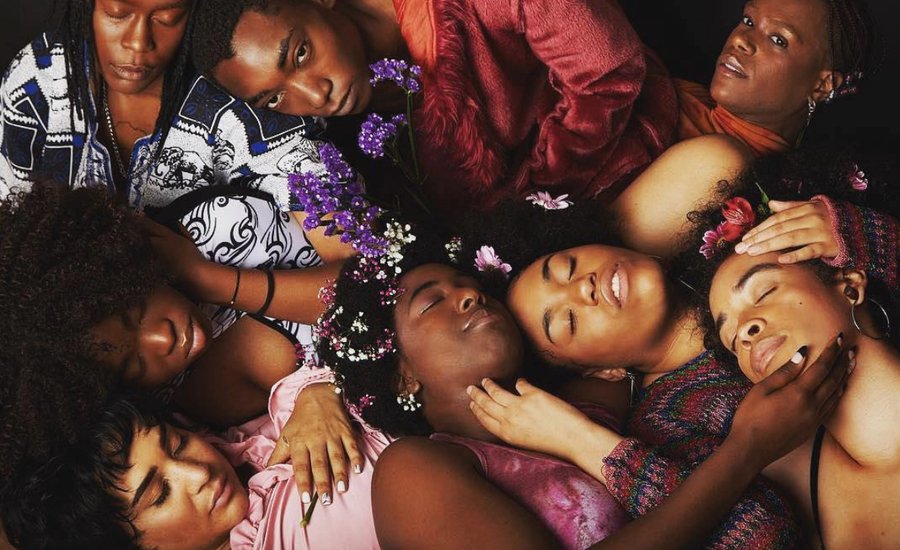 "Black Power Naps" is, in the words of artists niv Acosta and Fannie Sosa, “an itinerant installation and curatorial initiative that reclaims laziness and idleness as power.” For Acosta and Sosa's two-month collaboration with Madrid Pride 2018, the duo curated a festival line-up in which artists were invited to perform from bed. The exhibition’s mainstay was an installation in the center of Madrid where people of color were encouraged to be ocioso, or “idle.” Like “Lavendra,” E. Jane’s 2017 show at American Medium in which the white cube’s walls were bathed in a soothing lavender light, Acosta and Sosa's installation was (unlike pretty much all other art spaces) designed to make participants feel relaxed and safe. Gorgeous photo cut-outs were pinned to the walls, while a waterbed activated by low-frequency bass both calmed peoples’ bodies and acted as a tribute to the Middle Passage, or the sea journey undertaken by slave ships from Africa to Europe and America. The aim of Black Power Naps (an upcoming iteration will run at New York’s Performance Space gallery from January 9-31st) is to push back against what the artists call the Black Sleep Gap. As Sosa pointed out in an interview with Dazed magazine, “There’s a race gap in sleep, which I believe is a remnant of colonialism and slavery. Sleep has always been used as psychological warfare against us. Slaves would work 18 hours and sleep for maybe four, or five to break their will so they wouldn’t escape.” Consistent lack of sleep harms the body, and, as a study from the National Bureau of Economic Research recently discovered, this harm is passed down through what is more commonly known as “intergenerational trauma.” Epigenetic changes––caused, in this case, by lack of sleep––are inherited by later generations, which can cause disease. But as Sosa pointed out in the same interview, sleep deprivation is still weaponized as a tool of anti-Black control. “The Jim Crow laws kept the black population submissive and broken, because they were heavily monitored in public spaces (where they could sit, which waiting rooms they could use, or hotels they could stay in). We’re typically confined to noisier housing projects and less safe neighborhoods. We get lower quality work with anti-social hours, longer transit, or hard labor. All these things affect how rested and settled you feel.” Choir of the Slain (part x), their eponymous evening-length Black opera which, to quote the Performance Space press release, “[protests the necropolitics of the night],” speaks to these sleepless evenings. Acosta and Sosa will do two abbreviated performance of this opera at Performance Space. As Acosta and Sosa also point out, the Black Sleep Gap very much affects racial stereotypes within the cultural sphere. In art, as everywhere, black people are expected to work harder and more frequently. “‘Stay woke. You snooze, you lose. If you work hard you can achieve.’ Everything about progression for black people,” said Acosta in the same Dazed interview, “is deeply centered on constant labor.” It’s a familiar, and familiarly false, assimilationist promise: if you work hard enough, then you will be accepted––and so acceptance is always dangled one step ahead to incentivize marginalized people to keep working. As a result, getting museums and galleries interested in a work about black people resting has been, ironically, exhausting. “We've been on the front lines of a white institution, and it’s been such a mindfuck to sell black rest,” Acosta says. “They’re accustomed to black art as performance, if you're not ‘going HAM,’ ‘popping your booty,’ and doing something that involves labor––because labor is more celebrated than anything––they don’t understand it.” At this point in culture, “self care” is a marketing strategy and an exhausting meme. Quickly picked up by start-up companies like Glossier and Thinx, “care” was quickly turned into a hollow ideology now marketed towards the individual consumer: buy this, it’ll make you feel good, and you owe that to yourself. But Black Power Naps feels different: for Acosta and Sosa, self-care is always interdependent, and it often means disappointing people. As Sosa said in an interview with artist Damien Davis, which ran on performa's online magazine, “Actual self-care is about being able to say, ‘You know what, I won't be able to do that. I'm sorry I said that I would, but I'm not.’” Instead of seeking to amass possessions or become more productive, Black Power Naps is, per Acosta, “an extension of the enchantment that I would like to see returned to us. It's tied to joy… It's enchantment, joy, empowerment, relaxation… Thriving and existing––simply existing." "I Had to Stop Performing as Myself to Make Something Happen": Narcissister on Finding a Persona for Her Work

"Art Has Always Been a Global Asset Class": Amy Cappellazzo on HBO's Exposé About Art and Wealth 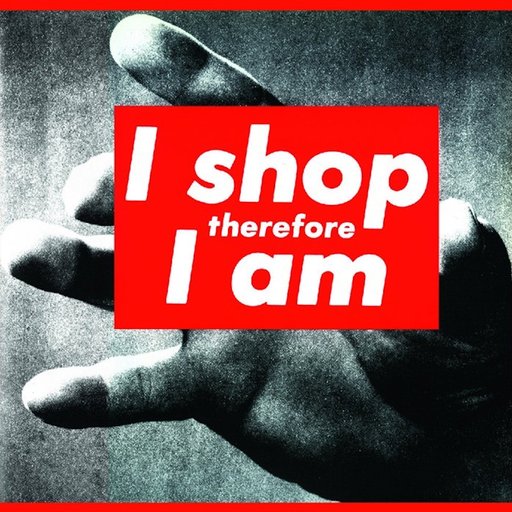 "Your Silence Will Not Protect You": 8 Reasons to See Barbara Kruger at Mary Boone Gallery
Read More ▸ 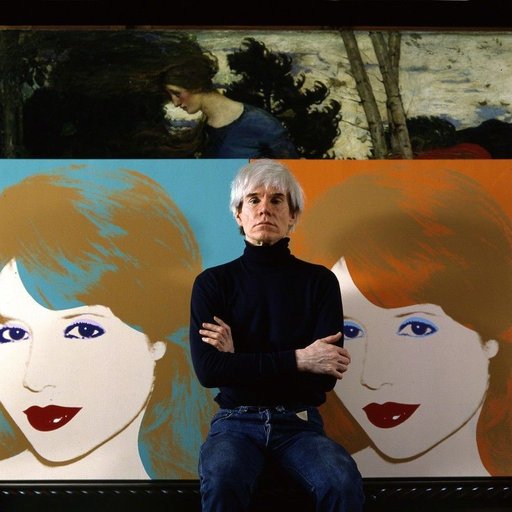 "From A to B and Back Again": A Review of the Reviews of the Whitney's Andy Warhol Retrospective
Read More ▸ 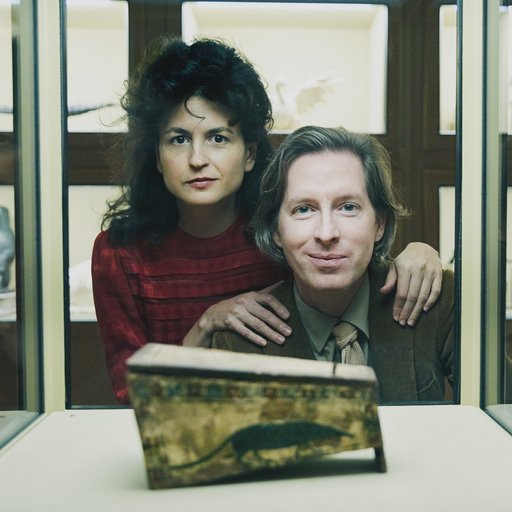 Wes Anderson Curated a Transhistorical Art Exhibition—Here's What It Looks Like, And How It's Been Received
Read More ▸ 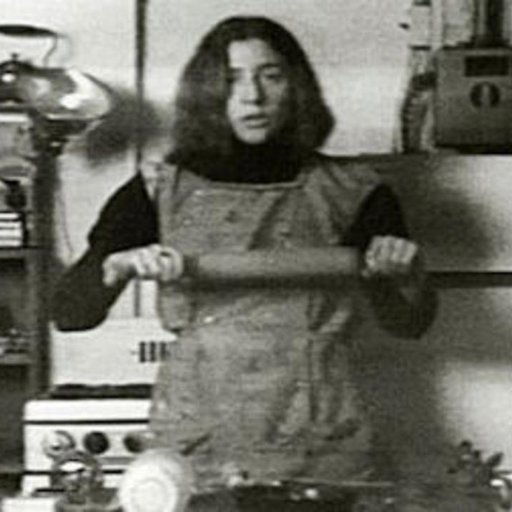 Reading Martha Rosler: Why Her Retrospective at the Jewish Museum is the Antidote to Our Post-Midterms Angst
Read More ▸

Why Are Naps Art? These Artists Are Pushing Back Against the Racialized “Sleep Gap” at Performance Space, and it Rocks