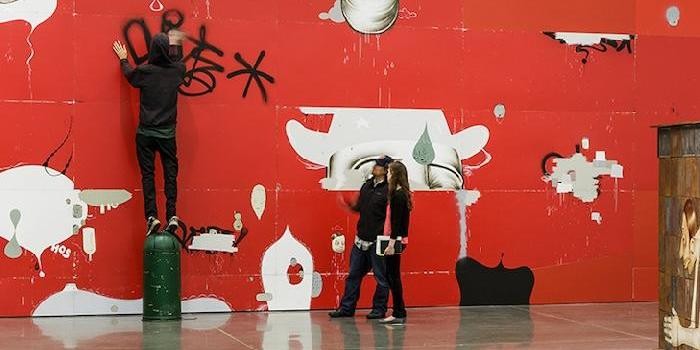 Barry McGee at the ICA Boston

Barry McGee’s new exhibition at the Institute of Contemporary Art Boston skirts the line between gallery and street art. McGee’s practice began on the streets, in 1980s San Francisco, when the city found itself rocked by the AIDS crisis, a poor economy, and street protests. McGee, an art-school graduate, felt that street art was the radical form of expression of the day and so, using the tag name “Twist,” he began painting his signature murals, expansive tableaux incorporating elements of cartoon, signage, and graffiti. Soon enough, that body of work led him into the rareified world of solo museum exhibitions and got him an invitation to the 2001 Venice Biennale.

Today, McGee’s solo show at the ICA questions ideas of private property and public space, commenting on the practice of gallery-going itself in this far-reaching and, at times, funny show. (Perhaps tellingly, many of the works remain untitled—and many, ironically, are made up entirely of text.)

A huge wall installation devoted to the iconography of street art opens the show: rusted aerosol cans arranged into a large block and, adjacent, a leather jacket stuffed with more cans hangs on the wall. The whole creation feels like an altar to the church of graffiti—a fitting opening to an unpredictable show.

The installations are monumental in size and scope, toying with the gallery space and the perceptions of the people in it. McGee seems to deploy humor, irony, and wit as handily as he does spray-paint. 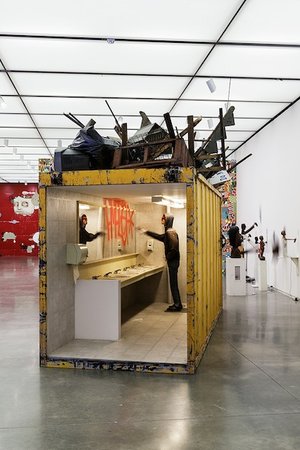 Encountering Untitled (1992/2012), at first it appears as if a tagger is defacing the gallery walls, and even as the viewer realizes it is part of McGee’s installation, the boyish-looking man still looks shockingly real: that is, until one walks around him and discovers he’s only an automaton.

Elsewhere in the exhibition, McGee has recreated his commission for the Yerba Buena Center for the Arts in San Francisco, for which he originally painted golden, white, and black cartoons and tags on a bright red fence surrounding a construction site. The murals have been recreated here, albeit rearranged to more random, surreal effect. The addition of the fake tagger only adds to the sense of fantasy, as if the work were just coming together before our eyes.

The character shows up again, spraying red paint onto the mirror of bathroom inside of a dumpster. The exhibition takes on a twisted Disneyland quality, with recurring characters and themes making tongue-in-cheek commentary on our own expectations.

In another work, animatronic totems spray small blots of gray paint onto a white gallery wall. Primitive, and some using levels for arms, the noisy squeaking of their unoiled parts becomes almost as much as a spectacle as what they are painting. 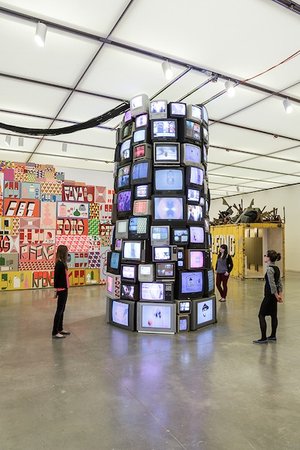 From McGee’s tower of TVs emanates a purple, pink, and blue glo. On the dozens of screens, the images change rapidly and are difficult to follow in the confusion, but the overall effect is iconic and clear.

McGee has expressed hesitance about showing in galleries and museums in the past, and this ambivalence makes an appearance at the close of the exhibition. In a room devoted to McGee’s warped vision of a “Contemporary Art Centre," he mockingly makes his work look almost like junk in a yard sale. Ironically placing garbage and leaflets on how to vandalize subways in vitrines, McGee gives them faux-significance. In McGee’s world, provocation goes hand-in-hand with art. 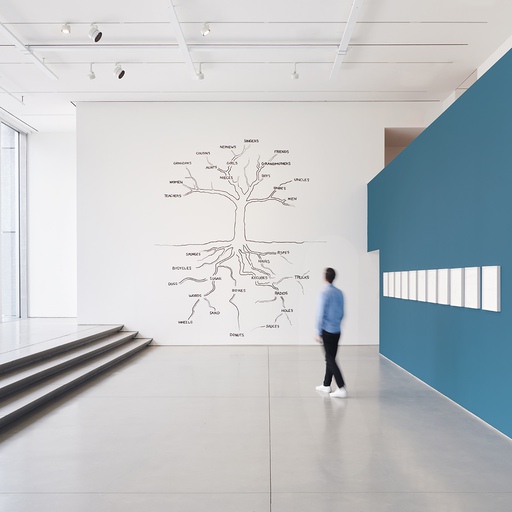 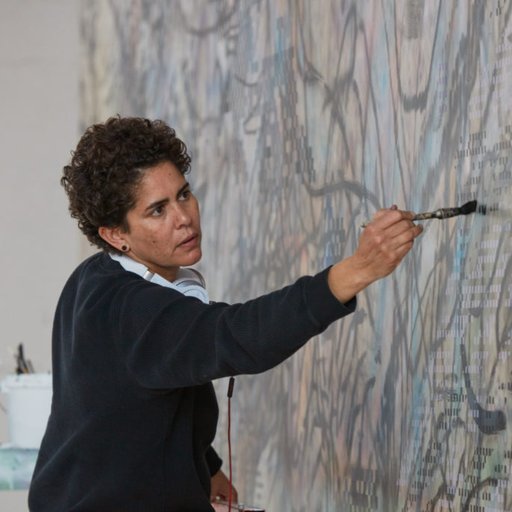 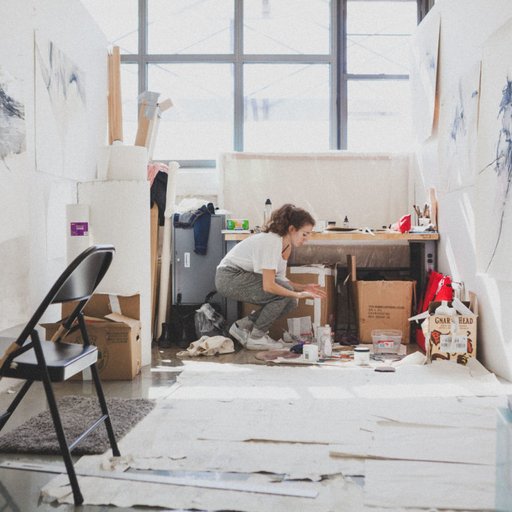 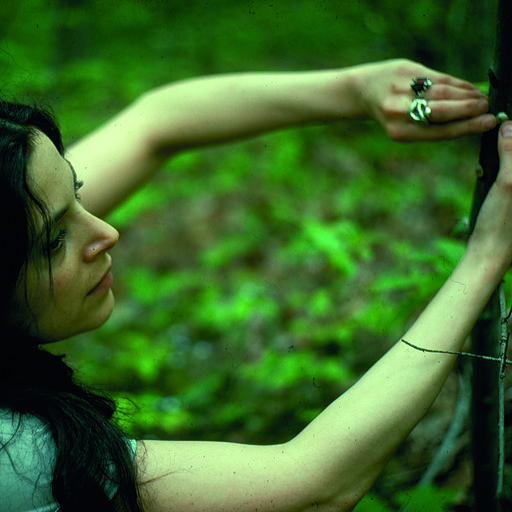