In Demand on Artspace - ALEX KATZ 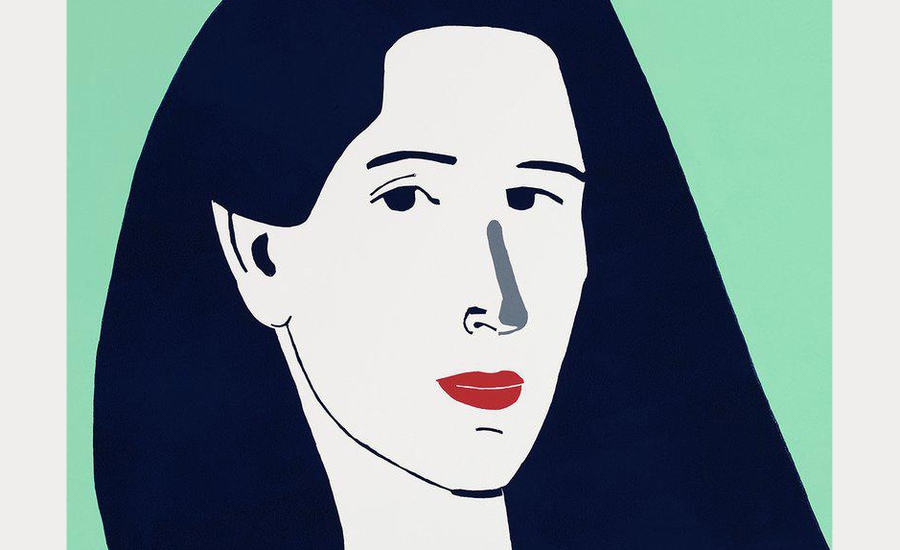 A seminal figure in postwar American art, Brooklyn-born artist Alex Katz's distinctive style and decades-long career have made him one of the most recognizable and widely lauded artists of his generation. Understandably, he's one of Artspace's biggest selling artists. You can take a look at his work here.

Though he emerged in the New York art world in the 1950s during the heyday of Abstract Expressionism, Katz has been dedicated to figurative painting throughout his career, anticipating Pop art with his bold use of color and stylized renderings of humans, animals, and landscapes.

The drawings seem to bridge the gap between being the eager Queens boy he was, learning to be an artist and getting schooled in the rules of modernism, and the slick painter who rejected the fashion of the time—abstract expressionism.

He told Artspace and Phaidon's Mat Smith how he painted then, and how he still paints now. When you've read the story, head over to his artist page on Artspace. 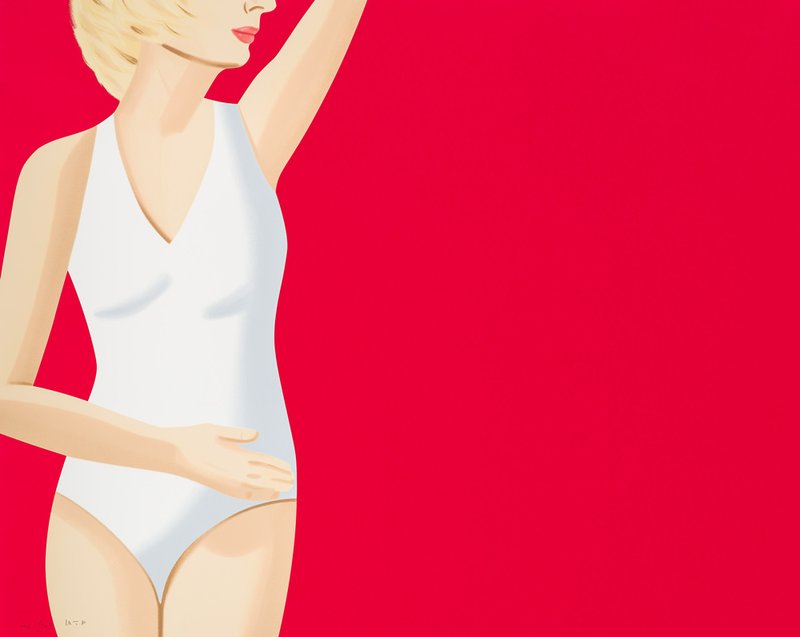 How does he start? With a cartoon and a big brush stroke. By the time I get to the physical painting I’ve done the sketches, it’s a big cartoon, the colors are all premixed and the layering is all figured out.

How does he keep perspective?  You paint big so that with one brush stroke you can get thirteen tones. You get all these tones in just one single stroke. When I paint I have to sometimes retreat 100 feet to get focus on the finished thing. When I’m painting I feel like I’m behind myself. 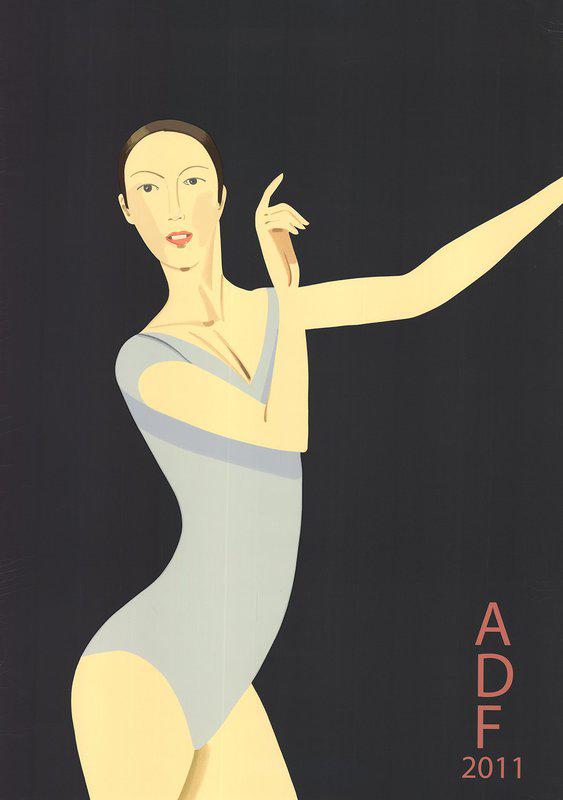 What happens when he's halfway through?  You go as far as you can and then it wobbles a bit and you walk away. And you think you better not go any further. It’s a little like running a four forty. Everything’s okay and then all of a sudden you’re in shock. You go through the shock and then you figure it out.

What’s his ritual?  Usually there’s a cartoon on the canvas, the colors are premixed, the brushes are laid out. When the sequence is right I figure out the time to paint. If I’ve put the drawing on on Wednesday maybe I might paint on the Friday. In between I’m not in it.

Does he know straight away if it’s going to go well?  You know with the first stroke if the paint is right. Because the paint varies—some days it's easy and other days it’s awful. The canvases are a mixed bunch. If they’ve hung around they don’t take the paint the same as if it’s a fresh canvas. And the paint mix might be wrong. I had a 12ft high painting in Gavin Brown where the paint was mixed too loose and it started to spray all over the whole painting. I had them all mix the color again on the palette like tar and I got away with it—but it wasn’t a lovely ride. 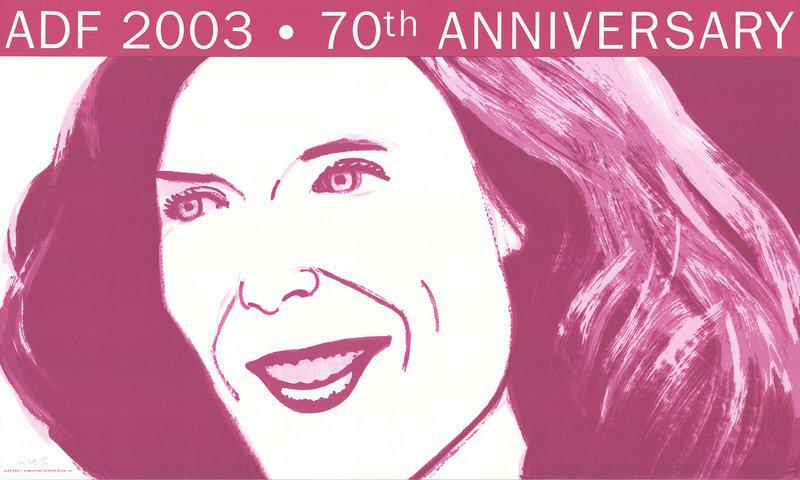 Does he ever think about leaving space for people to impose themselves in the picture?  No. They’re image paintings. You can only think about the image. The image gives you lots to think about if you’re interested but the rest of it is just power. When I was a young painter I saw a de Kooning show and thought, ‘Wow these are tough. I want to make something that’s gonna knock it off the wall.'
I’ve always felt a little mousey temperamentally, so I’ve wanted to make something a little muscular. You put my paintings next to anybody’s and they’re gonna hold up. Every so often you get one that doesn’t reach a top level.

Who does he admire?  Marlene Dumas. I think Marlene’s social hostility is just terrific and technically the paintings are beautiful. There's so much that is engaging and novel and she’s getting better. The last show is better than the show before. She’s a terrific painter. The energy is what I like. It shows itself in different ways and it’s usually a case of content rather than technique for me.

He's over 90 now and acts like a 20-year-old. What was he like at 20?  I was into jazz and dancing. I was in the Cooper Union, a very advanced modern art school. It was the greatest time of my life being in art school—everything has been down hill ever since! It was such a great time. I gave them a scholarship I had such a great time there.

But I didn’t have any confidence in myself at all. I think I was almost an anomaly where I was. I grew up in Queens and it was all middle class firemen, cops and stuff. And I hung out with jocks. And then there were two artists on the block. Somehow I fit and didn’t fit. I knew when I got into Cooper Union that I felt connected. I could feel it. But I never felt good about myself, no self-respect, until I was around thirty.

Cooper was a five per cent school—five percent get in. It’s like Harvard and it’s harder because it’s all tests. I didn’t have the background for it but I ended up near the top of the 1800 people that took it. Which meant that I had enormous talent for the intellectual part of art, which is true. I knew that and I thought if I can stay in the school for a year-and-a-half, if I don’t get thrown out, I’m going to be on top of this place. And that was it. That was the game plan: not to get too many Cs. 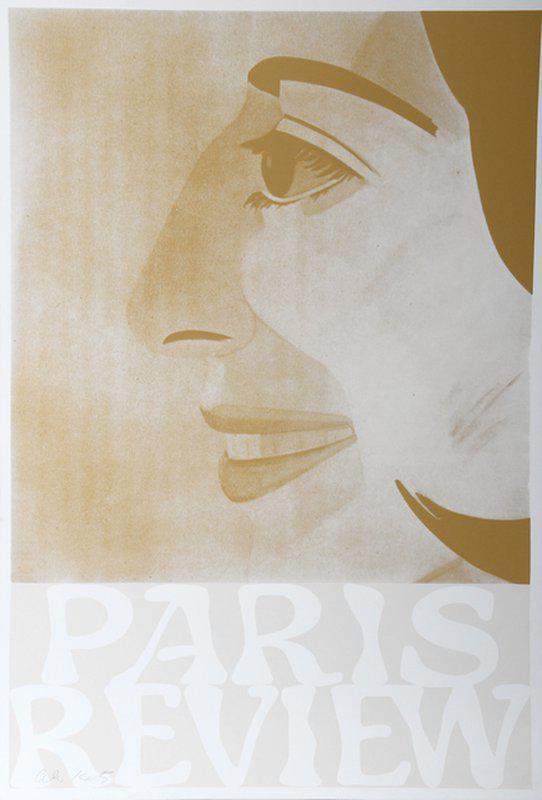 What did he learn there?  I learned about modern art. I think some people pick it up faster than others. I was slow and I picked it up from other people. Upper-class kids liked me. I was with these upper-class people who were ahead of me and I learned a lot from them. When I went out of there I was a professional painter. A school painting of mine was shown in a gallery and the New York Times gave it a review. Wow. The school was hip. But I knew that it was limited. It wasn’t where I was going. The top Cooper kid always got into the Whitney, got into the Modern, and got a good teaching job. I didn’t get any of that because I went off in another direction. I became a real artist.

In Demand on Artspace - ALEX KATZ