Can Making Art Be an Office Job? Introducing Work in Progress, My New Corporate Artist Residency in Times Square 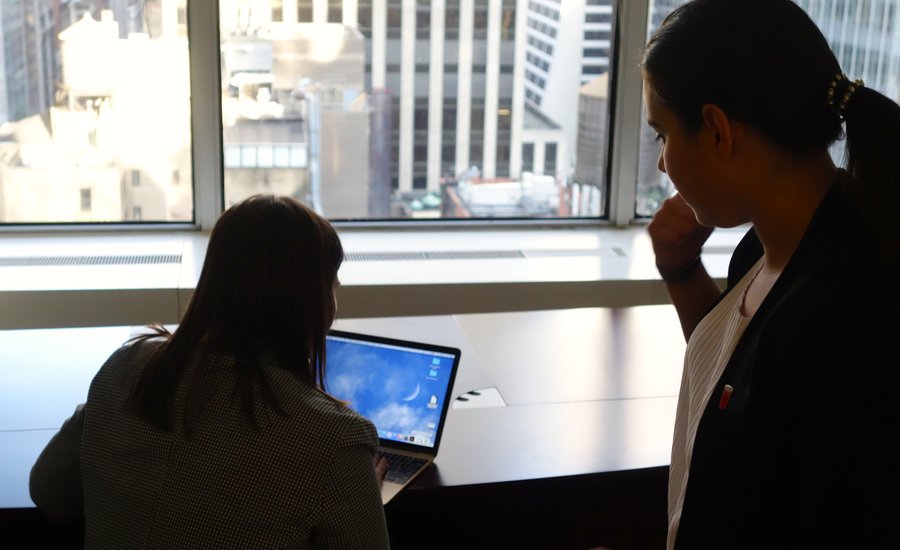 A couple of weeks ago a fully functioning office space in Times Square on 43rd and Broadway landed on my lap. One company had moved out—leaving their office furniture behind—and then a few weeks would go by before it was gutted to make way for a new tenant. Would I like to do something with the space?  Immediately I wanted to set up a residency, drawn to the wonderfully contradictory notion of bringing the artist’s studio—a place for ideas, creativity, and art for art’s sake—to the center of the corporate universe, raising an equivalency between these two very different varieties of “work.” So I did.

Called Work in Progress, this new three-week residency directly addresses the very relevant question of whether an artists’ studio can actually just be a desk in an office alongside other working artists. Is art really so different from your average day job? Is creativity really so separate from productivity? To explore the concept, I invited artists who have incorporated thinking about the office space, corporate culture, and corporate aesthetics in their works before. 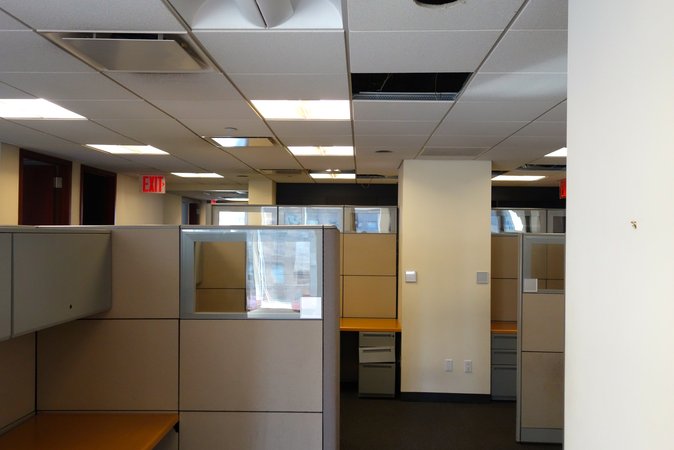 Brad Troemel was the first artist I approached. On the opening day of Frieze Art Fair, I left the crazy hubbub of Randall’s Island and headed over to Bushwick to meet Brad at a burger joint. Over fries, we discussed what it meant conceptually to not only do an artist residency in an office space, but also to have that office space be located in Times Square. Brad decided that for the duration of the residency he would work with Joshua Citarella on UV Production House, the Etsy store they set up to vend artwork concepts with no overhead material costs.

To explain: when a buyer purchases a work, they receive boxes from Alibaba, Ebay, or Amazon containing the necessary components to make the work and a certificate of authentication. They are then required to assemble the pieces themselves. (This, however, is usually not a straightforward Ikea-like assembling experience—the resulting work  has little chance of resembling the idealized, highly Photoshopped advertising images on the website.) 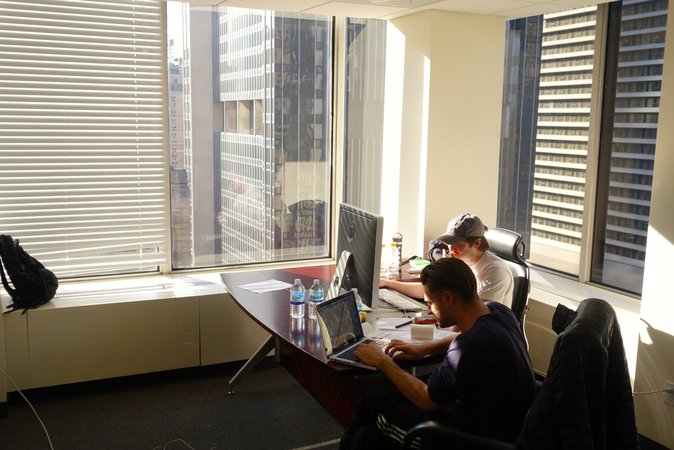 They decided to post a product a day each day for the whole three-week duration. Losing no time, Brad was the first to move in, arriving Wednesday with his Apple desktop computer in a suitcase and taking over the stunning, huge corner office. First come, first served. I took the very official-looking reception desk for myself.

A few weeks ago, Job Piston, who organizes special projects with Performa, invited me to get on board with an event he was planning with the artist Cyril Duval a.k.a. Item Idem. He guessed I would love Cyril’s work and he was right. Moreover, I realized Cyril’s wild, exciting, and oftentimes collaborative artwork exploring the aesthetics of corporate and consumer culture would be perfect for Work in Progress. He dips into the commercial world, including fashion collaborations, setting up stores, building sets, and the lot. Sounds a lot like Times Square.

I called Job to discuss the possibility of collaborating with Performa and bringing him by the office on Wednesday morning. By Wednesday afternoon Cyril and Job were already in the space, looking extremely fabulous and fashionable and a tad out of place in the workaday building. Cyril got what was going on immediately. Within 15 minutes, he had signed up and his name was on the door of his office. The next morning, he arrived in an Uber XL overflowing with his signature playful, intriguing objects, including a large inflatable hotdog, a mini Jeff Koons dog, and a book about Claes Oldenburg. Within an hour, Cyril’s unoccupied office had filled up with carefully curated things. 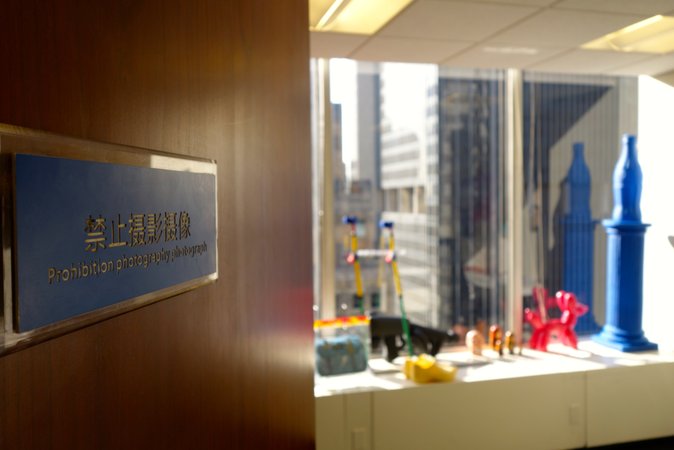 The next artist to arrive was Violet Dennison, a wonderful artist based in Brooklyn whose work includes office-chair wheels as a base for intense and raw concrete and metal structures. She spent some time selecting her office and, once settled, grew curious about the furniture and the ceiling panels. Cyril Duval laid out an impossible Wim Delvoye puzzle of a butthole on a lone table in the middle of an office, referring to this room as the meditation room.

After lunch, which involved PBJs made by Brad Troemel—a wonderful surprise—the artist Haley Mellin came by and told me she was looking for a studio space for just two weeks. Luckily, I had one available. Haley joined the residency. 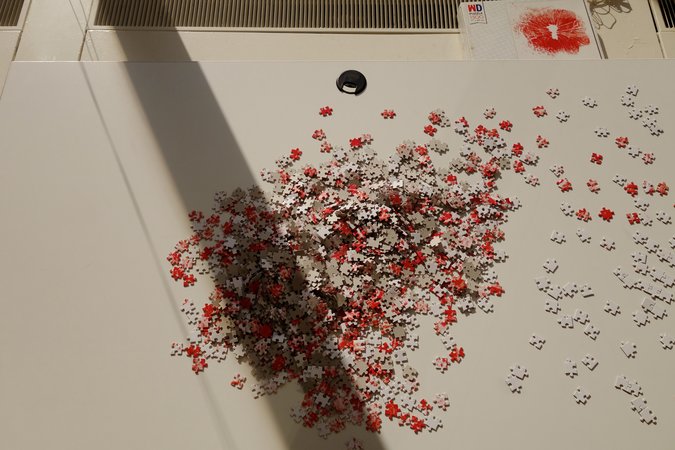 Sarah Meyohas was the last but definitely not the least to arrive. Sarah had to be a part of this project, as she knows the business world as well as anybody on Wall Street. She recently had a show at 303 Gallery in Chelsea where she adjusted a black jagged line running across white canvases by affecting real stocks on the market. On Friday, she arrived in business attire with two tiny cylinders filled with chemicals.

She quickly began typing furiously and within hours posted a letter on her website venturing a definition of MEYOHAS, the apartment gallery that she had been running on the Upper East Side, and which had just concluded its first season. Shortly thereafter, she excitedly showed me her screen, where she had just received papers from her lawyer: MEYOHAS LLC was officialy set up and ready to go. Stay tuned for its return in September. 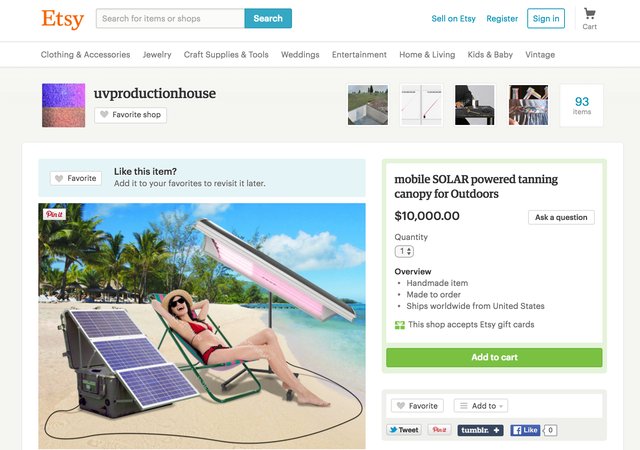 Now the office space is fully functioning, with an untouched stationary drawer, office snacks, a coffee pot, and six artists-in-residence. Over the next three weeks Work In Progress will continue to shape itself as the artists continue working in the space. I aim to keep the site as active as possible, so there will hopefully be a constant rotation of friends, curators, artists, and visitors, coming for studio visits or just to check out the scene. The whole residency will be intensely documented in film and photograph. Let’s see what happens! 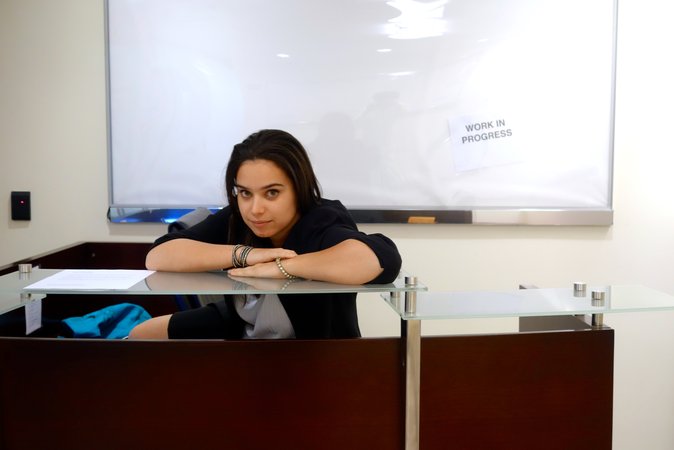 Work in Progress founder Tiffany Zabludowicz at her reception desk 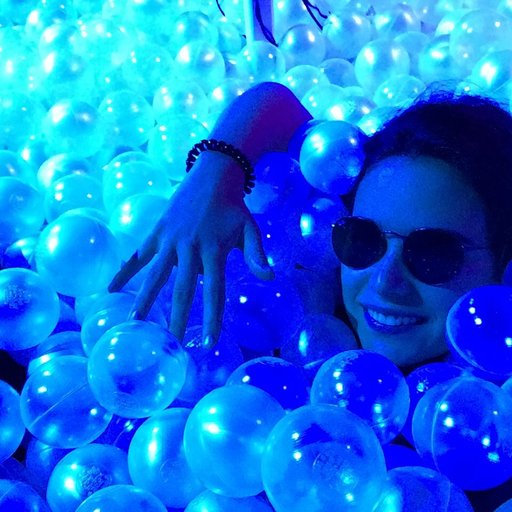 Why I'm Hooked on Periscope, a New App for the Art World That Favors Experiences Over Images
Read More ▸ 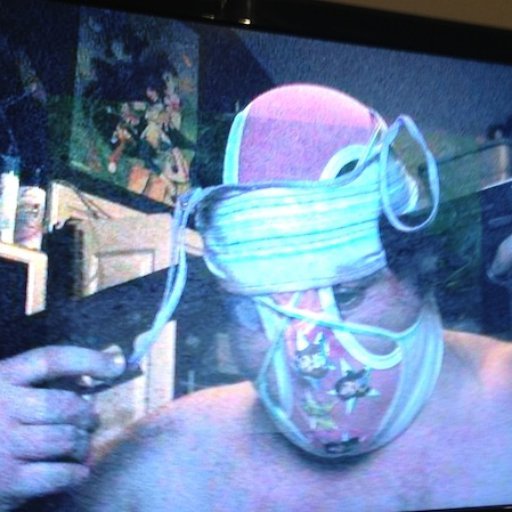 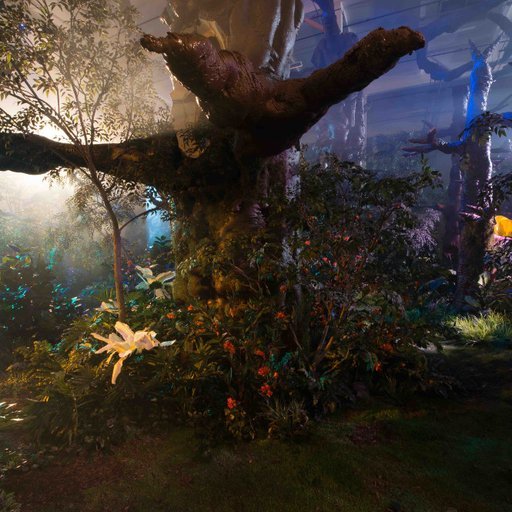 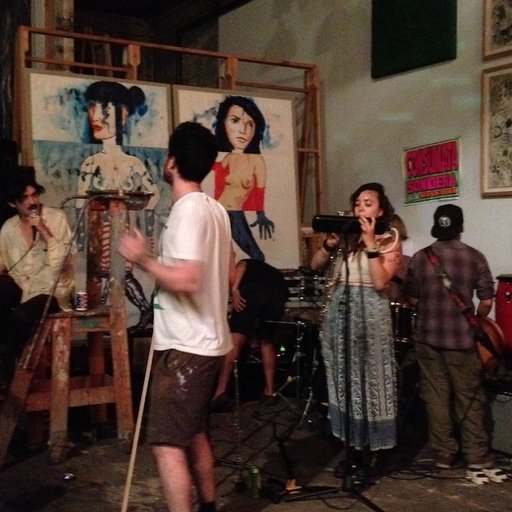 Quality Time With the Bruces at the Brooklyn Museum
Read More ▸

Can Making Art Be an Office Job? Introducing Work in Progress, My New Corporate Artist Residency in Times Square