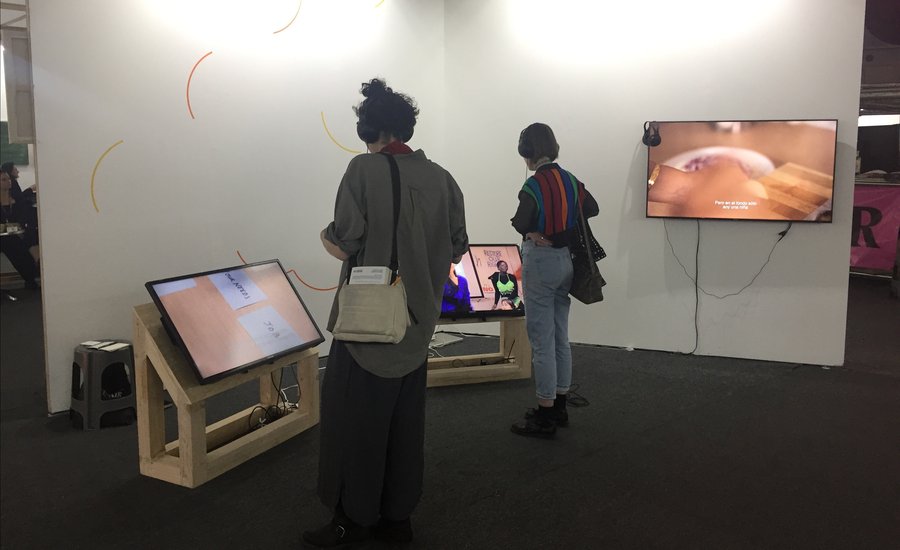 Video art is a medium typically underrepresented at art fairs, where galleries need to recoup hefty fair-related expenses with limited square footage. For most, this means playing it safe by sticking to the best-selling media, namely painting and other two-dimensional wall works. But at Mexico City’s Material Art Fair, this scenario couldn’t be farther from the truth.

With relatively cheap booth fees and thus less pressure to sell, many dealers see the fair as an opportunity to brand themselves, network, and showcase their talent—while showing less commercial work than they otherwise might. And for some dealers, showing video works and making money aren’t mutually exclusive: galleries like Alter Space and Syndicate strategically exhibited video artists this year with confidence that the market would support their decisions.

If collectors reward this type of risky behavior, we may see more videos in fairs to come, which could potentially encourage video artists to make work that acknowledges and even caters to the frenzied, fast-paced viewing experience that crowded fairs foster. Seem unlikely? It’s already happened: one artist at Material actually made her video shorter to accommodate an impatient fair audience.

“Whether or not to bring videos is something I definitely went over in my head a couple of times,” says Kevin Krueger, director of San Francisco’s Alter Space. But his decision to show two videos by David Bayus (one of which made our 10 Best Artworks At Material Art Fair 2017 list) looks like it could actually pay off. Both videos have been huge hits, and as of Friday, the dealers were in the midst of brokering a sale. The interested collector “was previously unaware of the artist, was not considering buying the artist’s wall pieces, but had found the video mesmerizing enough to want to own it,” says Krueger.

Another reason to show video at a fair that's outside of a gallery's hometown? "They're really light to bring on the plane," jokes Jorge Garcia, an assistant at Alter Space.

Though Krueger may be pleasantly surprised by the overwhelming interest shown in his video artist, the director of Cologne’s Syndicate was fully confident about showing three video works—and only three video works—in his project booth. The videos (one of which was shot in Mexico City) by artist Rehana Zaman are shown off the wall on large flat-screen monitors reclining on custom plywood pedestals. “I’ve never had a problem selling video,” says director JL Murtaugh. “I think people have the impression that other people think they shouldn’t show videos at fairs, rather than thinking themselves that they shouldn’t show video.”

Murtaugh’s willingness to put all his eggs in one basket is preceded by many past successes in selling video art. And while Murtaugh is hopeful that some of his most promising leads will turn into sales, making money isn’t his only goal. The dealer says that fairs like Material are great opportunities for branding and visibility, especially for a gallery like his that's less than a year old. “When you’re starting out and needing to make an impression, you need to treat your booth like it’s an exhibition at your gallery.” 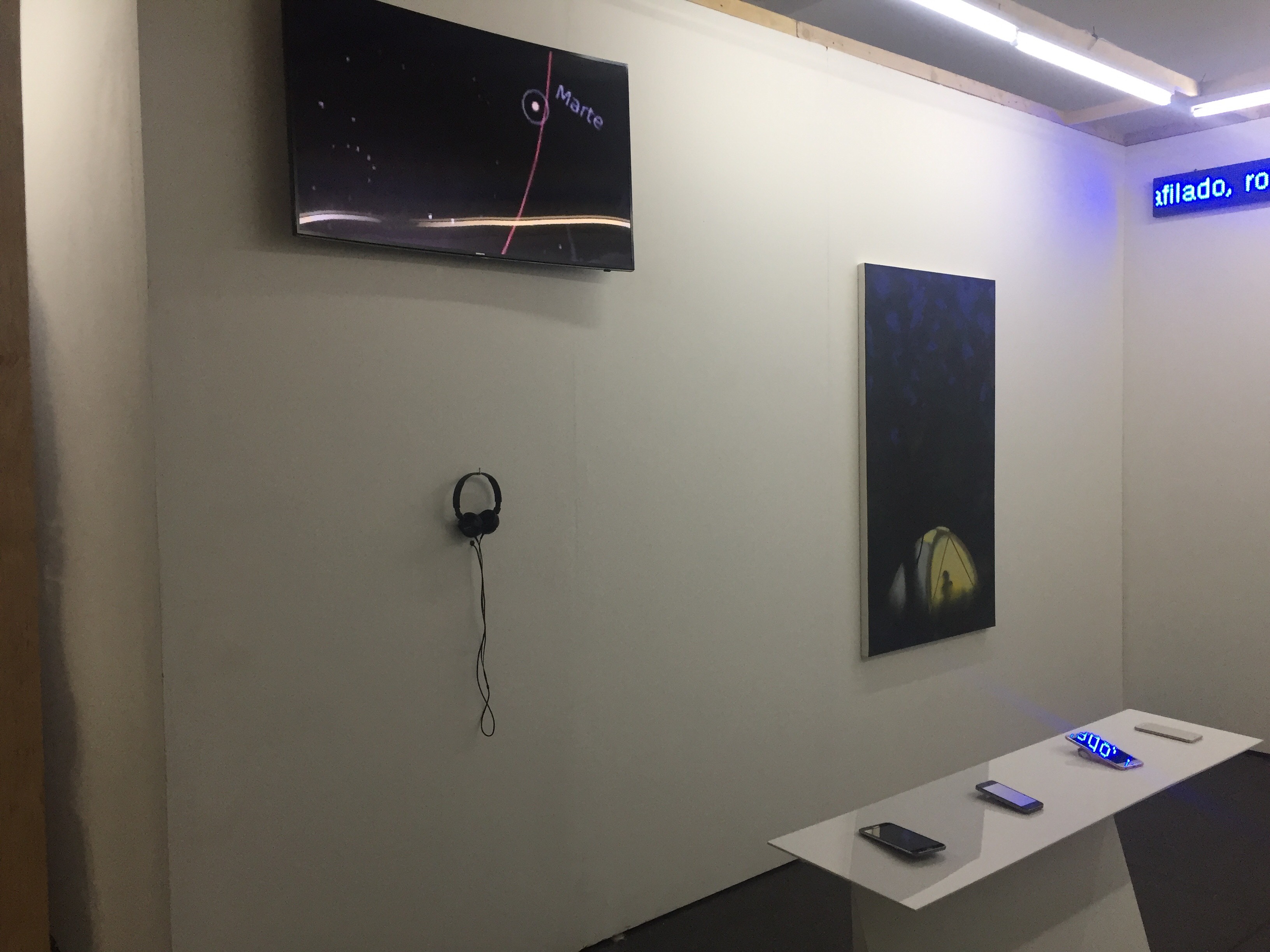 Murtaugh isn’t the only dealer prioritizing branding over sales at Material. Just inches below the very top edge of the wall in Lodos Gallery’s booth hangs a flat-screen monitor showing a slow-moving, pixelated video by Temra Pavlovic. Installing the video unusually high was Pavlovic’s choice; the artist wanted to force her viewers to crane their necks to see the work, causing a mild discomfort that would make them aware of their own viewership.

Resisting the temptation to pander to collectors and opting instead for a more experimental approach, Lodos Gallery intentionally projects an irreverent attitude towards commercialism. “The director wanted to put some more experimental and conceptual works in the booth alongside more traditional mediums like painting so that people know what we do as a gallery,” says the gallery attendant, who also mentions that while most collectors have been interested in the paintings, large numbers of them put on the headphones to watch Pavlovic’s video in full before moving on.

But because fair goers generally can’t dedicate a lot of time to individual artworks like they might in a gallery or museum context, durational works can be problematic. To address this, filmmaker Hyesung Moon edited a feature-length film into a series of separate shorter videos specifically to be shown in galleries. For the fair (she shows with Brussel’s Damien & The Love Guru), Moon cut her work down even further—the looped video on view, which chronicles an encounter between a business man and a sex worker in Korea, is only two minutes and six seconds long. The video was shot using 60-millimeter film but because installing a film projector in the booth would require too much space and maintenance, she duplicated the film digitally so that it could be shown on a monitor for the fair.

If we look to Material Art Fair is a testing ground for dealers hoping to experiment and gauge collector interest, then this year’s fair may be an indication of a trend to come—depending on how these galleries finish up the weekend sales-wise. But whether or not collectors are as enthusiastic about video art as these gallerists are, we can count on Material Art Fair for fostering the type of environment that encourages risk-taking and experimentation—something we’d love to see more of at some of the larger, more established fairs like Mexico City’s concurrent Zona Maco Art Fair. 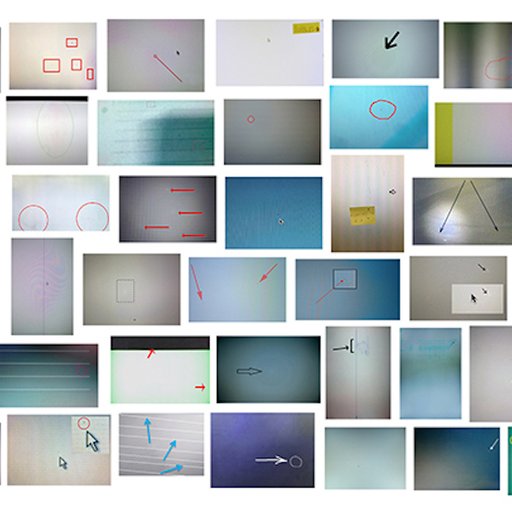 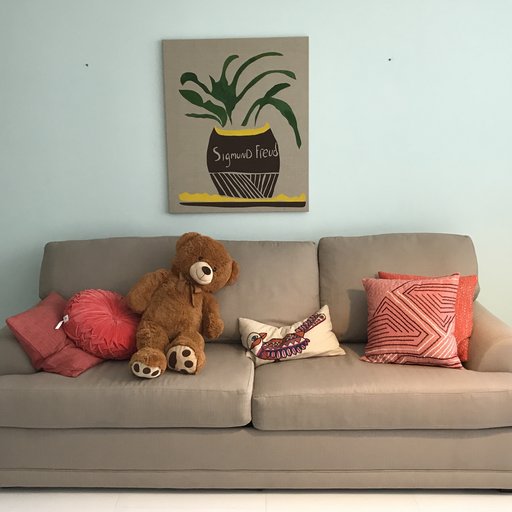 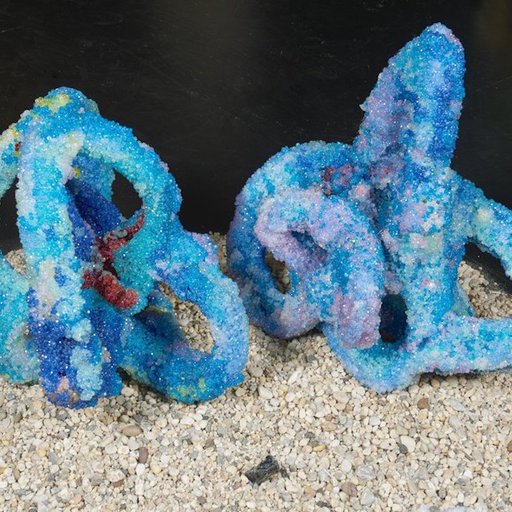 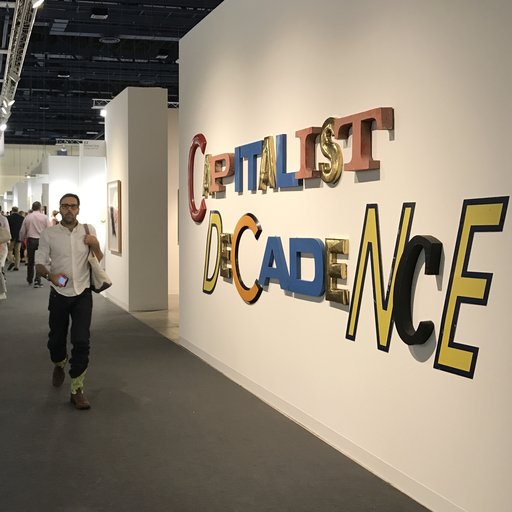