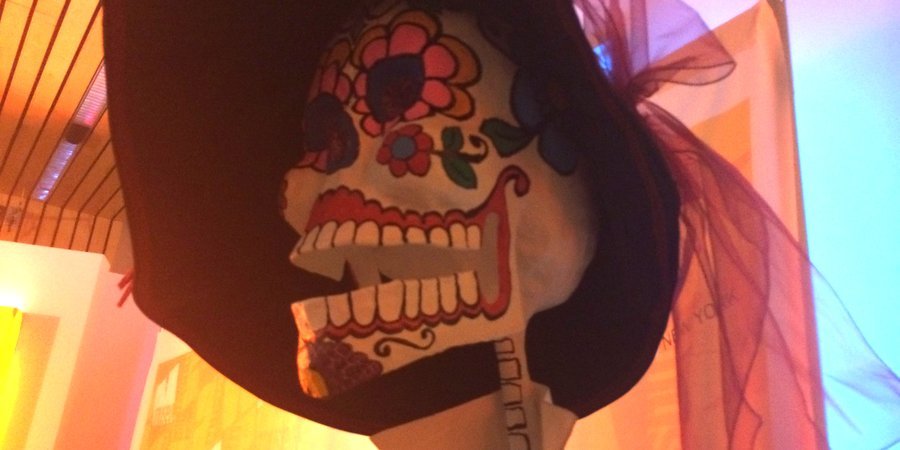 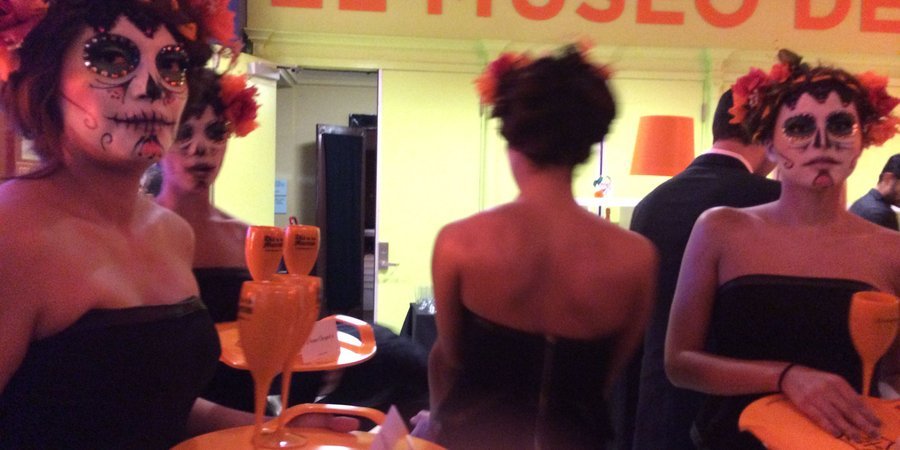 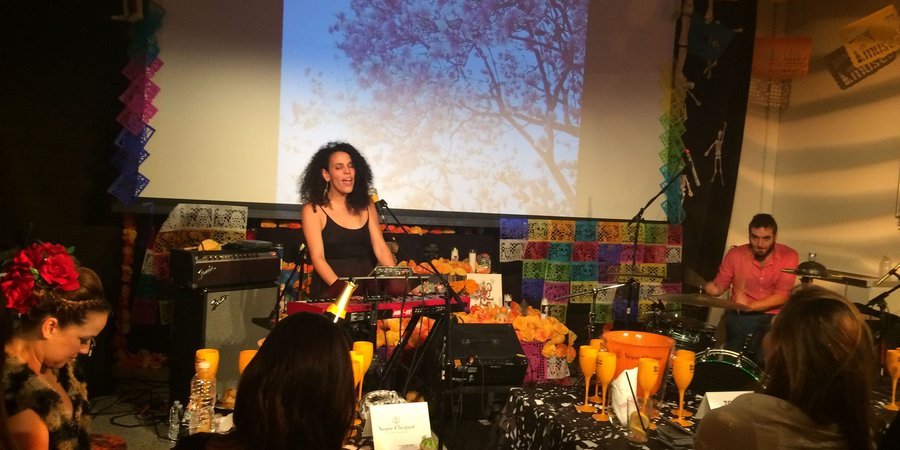 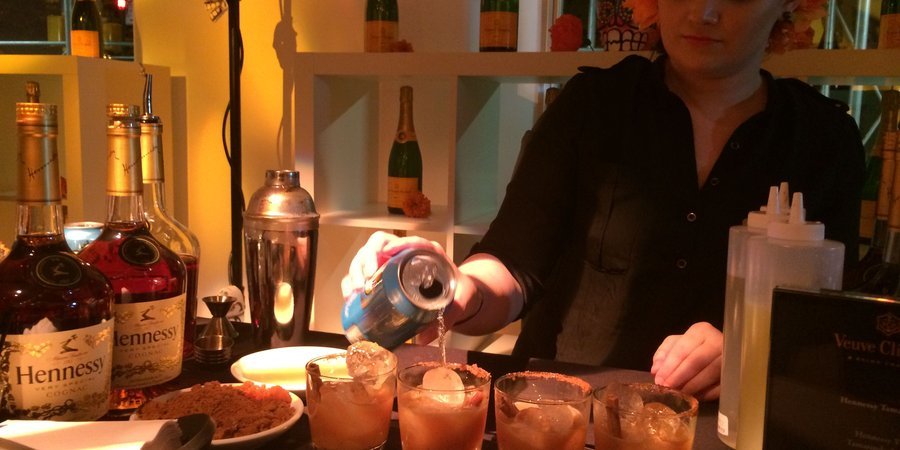 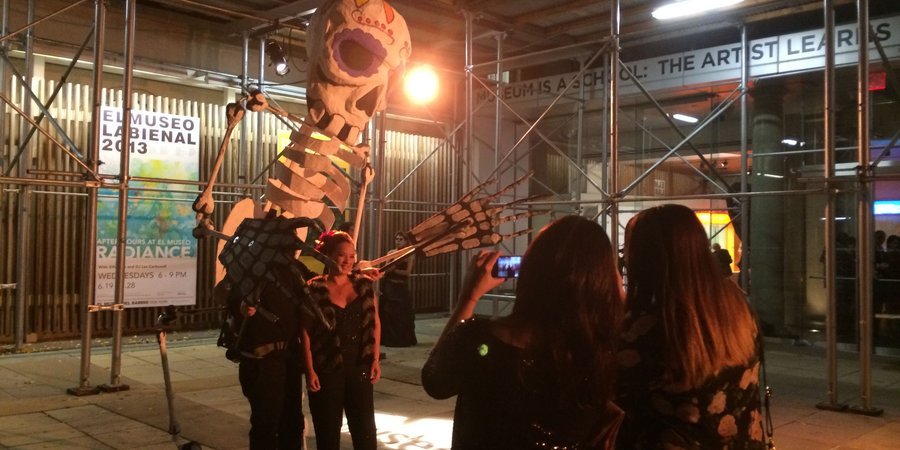 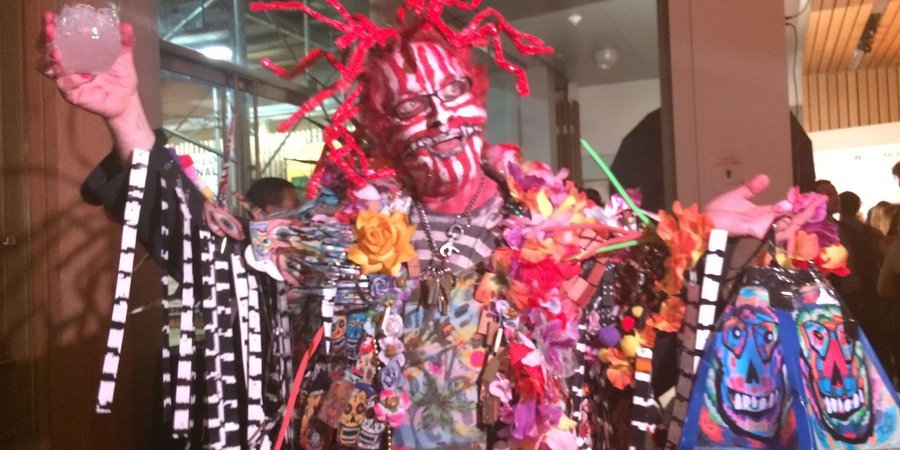 "The Chicken Man," aka artist Rolando Vega, alternately posed with and frightened guests. 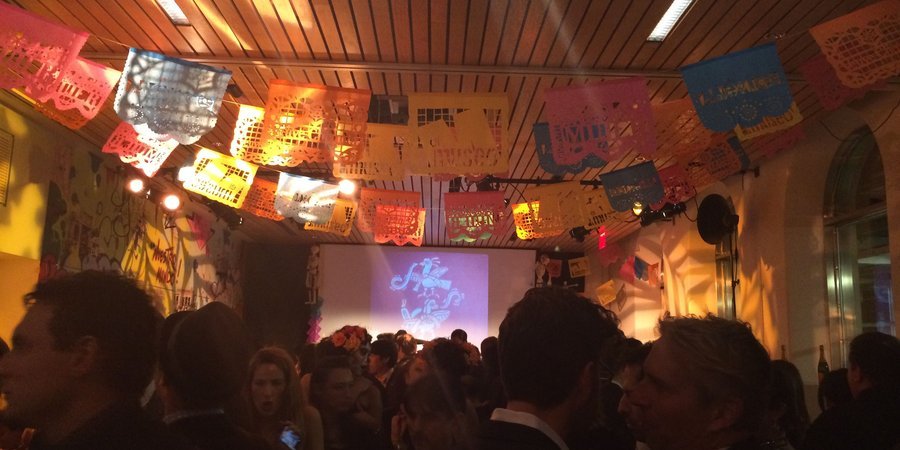 Crowds packed into the Cafe, where music blasted, a silent auction was held, and traditional fare was served.

Last Friday night, a cast of alternately frightful and artful characters swayed about the grounds of El Museo del Barrio, ranging from a 20-foot-tall skeleton outside to skull-faced barmaids toting around flutes of Veuve Cliquot to scantily clad art girls in sleek black jumpsuits. Rounding them out there was “The Chicken Man” himself, artist Rolando Vega, a yearly staple of the annual party who hammed for the cameras, having adorned his face and body with paint, flowers, keys, tassels, and paper skulls, all underneath bright-red tendrils of hair. The annual Dia de los Muertos party was well underway.

The event coincided with the museum’s ongoing "La Bienal," a cornerstone of its curatorial program, now in its seventh edition. Titled “This Is Where We Jump!” the show features the work of more than 30 artists—up-and-coming and mid-career alike—who live and work in New York City. The title comes from the refrain from Aesop's fable "The Fox and the Grapes," giving this year’s iteration a whimsical, yet charged tone.

The jump in the quote "is intended to point to the radical distinction we want to make from the media’s understanding of the place of artists in public opinion," Museo del Barrio chief curator Chus Martinez wrote in an statement for the exhibition, which is on view through January 4. Specifically, it brings welcome attention to artists from the museum's community. “It’s one of the most important programs that we have because it really showcases Latino artists who have not had great recognition yet," said Tony Bechara, chairman of the museum's board of trustees. “Already there are many, many stars in the art world who got their start out of the bienial.”

One such artist, Angel Otero, stood at the back of the party, dressed in a navy polka dot shirt paired with a khaki suit and a fedora, listening to a Daft Punk song. “I look like I’m going to the beach,” he joked of his outfit, looking around the patrons who had dressed up in formal black for the event. The artist had plenty of reason to feel at home, however—he previously showed in the 6th Biennal in 2011, just a few years after receiving his MFA, and landed his first solo show at Lehmann Maupin Gallery that year. His second solo show with the gallery just closed over the weekend. “I’m happy,” he said, he said of his trajectory, “And I’m not really even that tipsy either.”

Chus Martinez was standing on the opposite side of the lively party, dressed up in a 1950s vintage kimono—the altarpiece for the evening's festivities, designed by the artist Yaocihuatzin, had been her curatorial creation. “I wanted some kind of landmark or symbol in order to remind people that they are celebrating, but also to create an awareness about the problems of the society,” Martinez said.

Later in the evening, Latin-fusion singer Xenia Rubinos performed in front of the altar, as the party continued apace. A woman in a turquoise dress asked the Chicken Man, "What are you?" He seemed to have lost steam as the night had taken its course. “I'm the chicken of the dead,” he said, then got back to finishing his bright yellow cocktail. 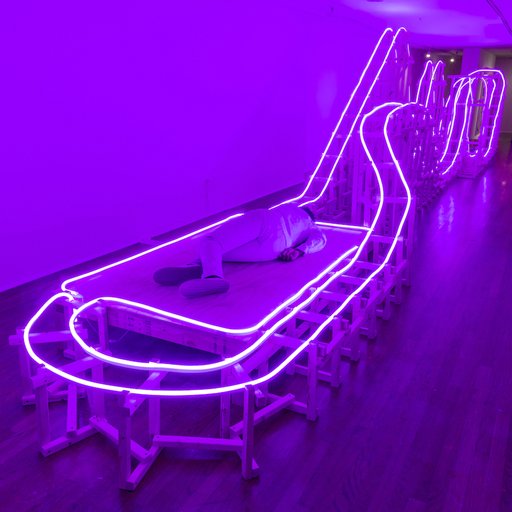 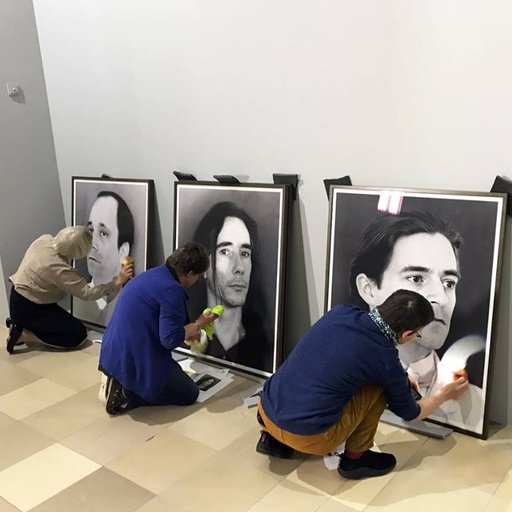 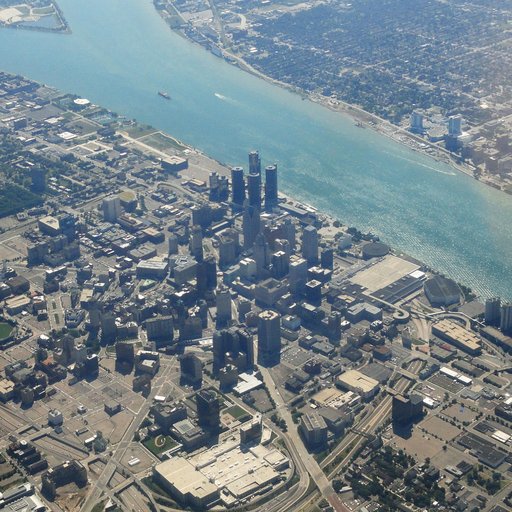 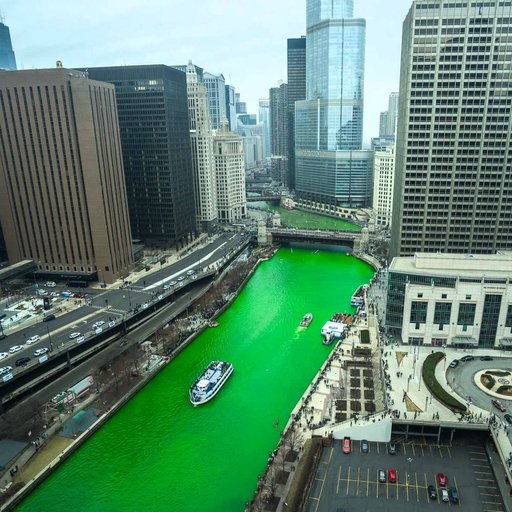