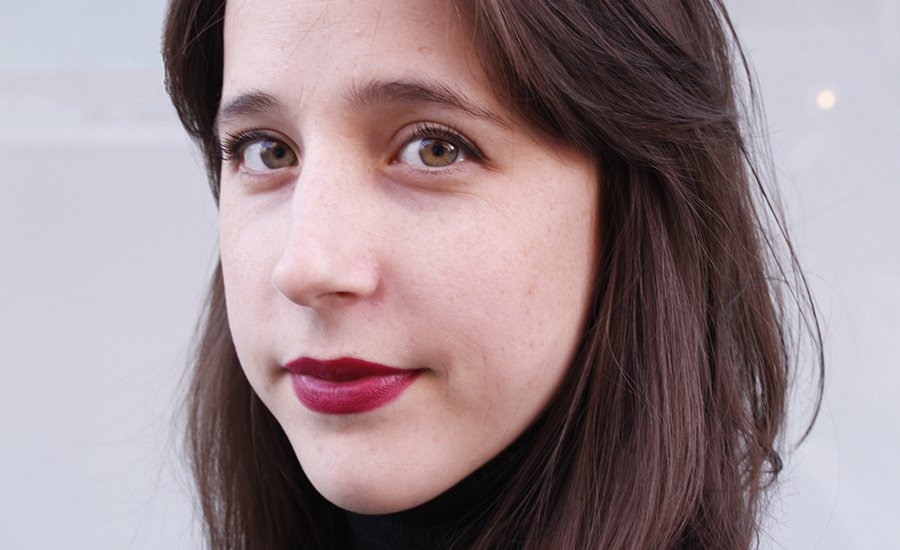 Sound has always been the forgotten stepchild of contemporary art. You can’t hang it on a wall, you can’t put it on a pedestal. It takes time, and it takes effort, to listen to it—if you can find it. Meanwhile, culture vultures hungry to enjoy content through the headphones that, for so many of us, have become almost permanently embedded into our ears, have embraced the podcast with open arms (ears?). So, it makes perfect sense that Untitled Art, an art fair that had been broadcasting panel discussions and performance art live from a radio booth at their Miami Beach and San Francisco art fairs, have taken up the podcast format to curate a selection of sound-based art projects.

Entitled "Untitled Art, Podcast," the series is hosted by Amanda Schmitt. Schmitt has culled over 200 hours of archived material recorded during the fairs, to select, curate, and recontextualize snippets of content, which Schmitt organizes around central themes like Collaboration, Noise, and Fictions. “Untitled, Radio was born out of a desire to rethink the way that programming, such as performance art and panel discussions, are presented within the context of an art fair,” writes Schmitt in an email to Artspace, which is the exclusive online partner for the 2018 Miami Beach edition of the fair. “With the Untitled, Art, Podcast we wanted to both honor the spectacular contributions and programming that has taken part at the fair since 2015, but also introduce new platforms and opportunities for audience engagement.”

For instance, in Episode Three of the podcast, we hear audio from a live radio segment recorded in 2016 in Miami Beach. At that time, the Norwegian performance artist Constance Tenvik had been invited to perform on the radio. “However,” Schmitt writes, “instead of Tenvik showing up, she sent a cast of fictional characters to lead the ‘Closing Party’ for the fair. It was hilarious, it was wild. I still laugh every time I listen to their performance, which included guest speakers, music, costumes, props, and dancing.”

Episode Two of the podcast excerpts content from Untitled’s inaugural edition of its San Francisco fair in 2017, when it invited independent curator Ceci Moss to curate a selection of experimental radio “events” that aired in the late 1960s and early ‘70s on KPFA, the first listener-supported non-commercial radio station in the U.S., which has been an essential part of the Bay Area’s cultural landscape since. The station was known for collaborating with its listeners; its hosts would often direct their viewers to participate with them in an experiment or experience.  On the Untitled Art, Podcast, we hear a segment that originally aired on KPFA in 1970, wherein the hosts asked their listeners to boil a pot of water alongside them to make tea. For five minutes, we hear the sound of two people making tea. That’s it. “I love the idea of just dialing back the chaos of everything we might experience in the 21st century and just focus on the sound of boiling water,” writes Schmitt. “It’s comically zen.”

“I sometimes fear that we’ve become too reliant on our eyes, a sense uniquely apt for the fragmentation of time brought about by digitalization,” writes Schmitt. Luckily, digitization also allows for content to be shared with audiences well beyond the confines of the art fair. “I’m interested in creating a platform that can occupy any interstitial time for my audience: because a podcast is digital, and can be downloaded by individual subscribers, it is not bound by geography, physical space, or time,” says Schmitt. “Additionally, the podcast format is inherently democratic. We provide universal access, and it is free.”

Moving forward, the Untitled Art, Podcast will be released monthly and will include both content that was recorded live at previous fairs, as well as new content (like interviews, talks, and commissioned content) produced specifically for new episodes. But, Untitled hasn’t totally done away with the old model. Tune into a live broadcast from a radio booth set up at Untitled Miami Beach this December, which will air original content during every hour that the fair is open. (And while you’re there, be sure to say "hello" to the Artspace team! We’ll be hosting the VIP lounge alongside our friends at Phaidon and Maison de la Luz.) Won’t be able to make it to the sunshine state in December? Don’t worry, all content will be web-streamed live while it’s airing, and will be recorded so that it can be edited, recontextualized, and inserted into future episodes of the podcasts.

For now, feast your ears on the first four episodes of the Untitled Art, Podcast, which can be found wherever you normally listen to podcasts. Or, stream them below:

From the archives of Untiled, Radio, this episode reflects on seven years of artistic and creative collaborations that have been activated by the Untitled, Art fairs Miami Beach and San Francisco. This episode features artists and curators that embody that collaborative spirit including contributions by Cheryl Pope, John Miller, Madeline Hollander, Amanda Keeley, Stairwell’s, Anthony Huberman and Apsara DiQuinzio, and Konstmusiksystraar.

From the archives of Untiled, Radio, this episode focuses on sound and noise in contemporary art, focusing on that which cannot be seen, but only heard. This episode features artists, curators, writers, and musicians including Archival Feedback, DROOIDS, Maria Antelman, Ceci Moss, Robin Cameron and Ted Turner, Claire Wilson, Culture Hole, Shannon Stratton and Harry Bertoia.

This episode dives into the projects and presentations based on fiction that have been broadcast on Untitled, Radio since 2015, including fragments of programs that featured readings of short stories, theater and performance, as well as artists and writers who have produced dramas created to be presented on radio itself. This episode includes contributions from Cesar Aira and New Directions Press, Piper Marshall, Sergio Vega, Scott Reeder, Ei Arakawa, Dan Poston, Stefan Tcherepnin, Anne McGuire and Wayne Grim, and Constance Tenvik.

This episode looks back on four years of contributors to Untitled radio who have the double-X chromosome and a triple-X threat. Contributors include powerful women in the contemporary art world including Liliana Porter, Sylvia Meyer, INVASORIX, Cathy Byrd with Zoe Buckman, Anna Ostoya and Ben Lerner, artist collective CARNE, Catherine Taft with Badlands Unlimited, FLUCT, as well as Autumn Knight and Chelsea Knight.

7 Art Podcasts to Feast Your Ears On 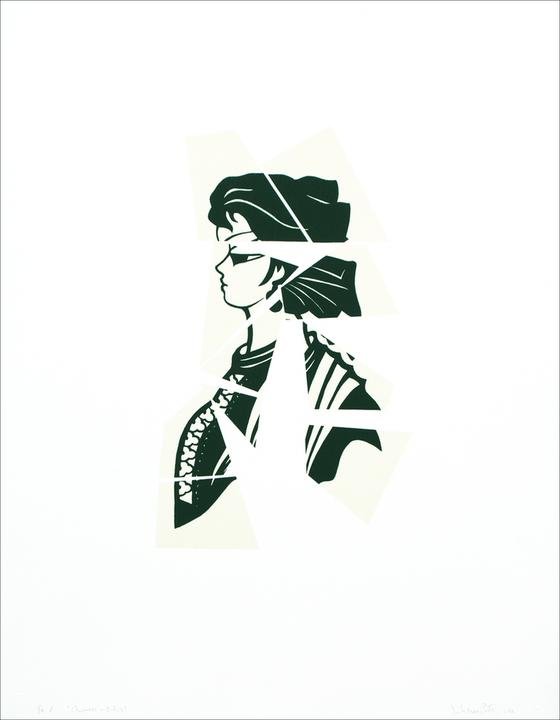 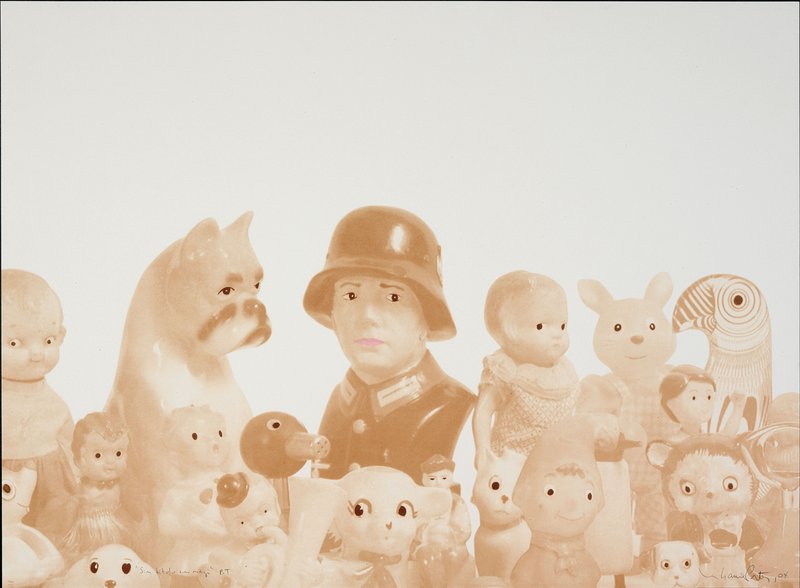 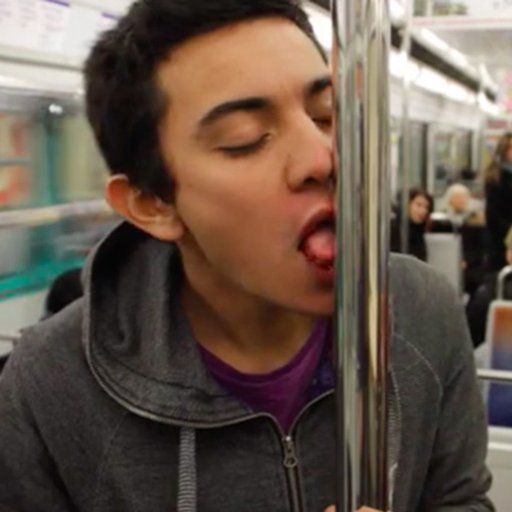 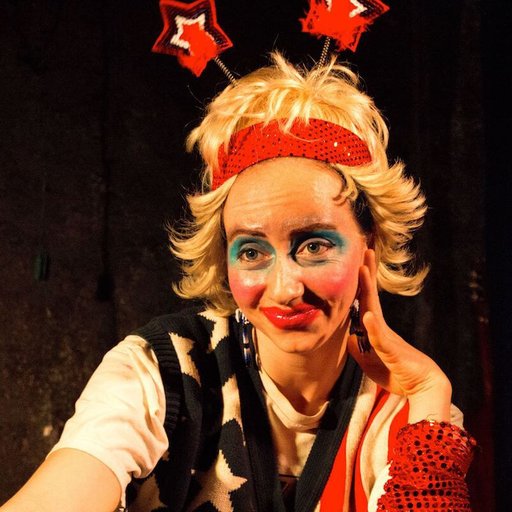 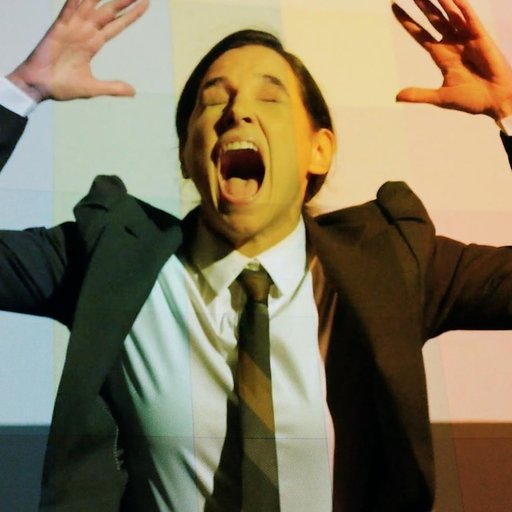