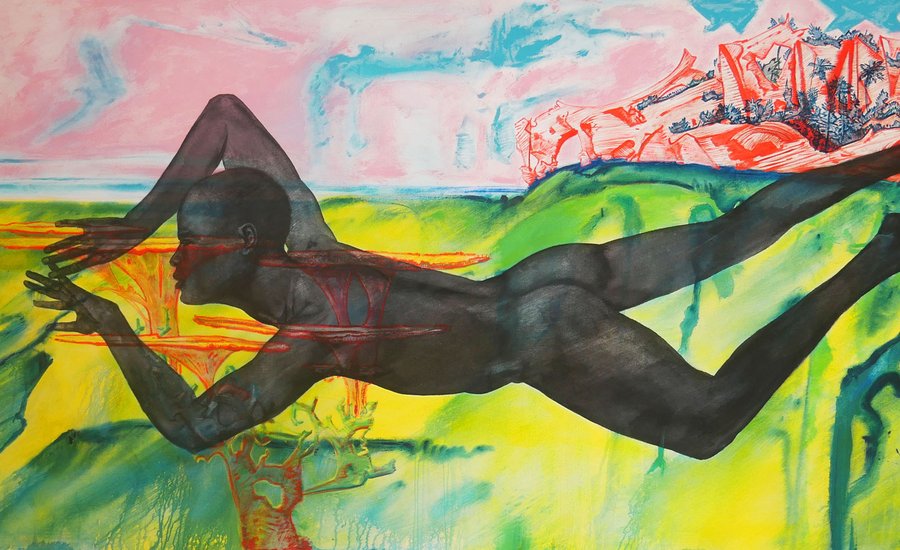 This year's Independent Art Fair, located at Spring Studios in Tribeca, presents a refreshing assortment of established and up-and-coming artists. From snide ceramic vessels to gloriously vibrant paintings, here are some stand-out works that are not to be missed. 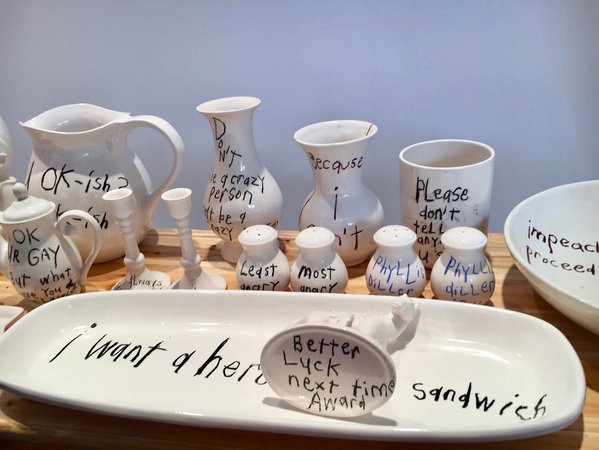 Cary Leibowitz takes the cake for the most humorously self-lacerating works at Independent this year. Leibowitz has been one to watch since the early 1990s, when his alter-ego "prankster-critic" character Candyass came about in response to the anxieties of the AIDS crisis. Since the 90s, the artist has become known for his hysterical depictions of neuroses, unabashed societal critique, and mockery; and has even been regarded as "New York's master painter of abjection." In an eye-catching display, New York Gallery Invisible-Exports showcases the artist's wooden satirical pie-chart paintings against a red and white checkered blanket (a perfectly kitschy supplement); alongside an array of ceramic works which act as "placeholders," with biting phrases such as "Better Luck next time Award." The works are at once highly personal depictions of the self-aware conscience that haunts us; while also poking fun at the social institutions that bind us. This is the first time that the artist's ceramic works have ever been for sale, so be sure to stop by and take a look!

ELAINE CAMERON-WEIR
"For what, Why do you live immersing yourself in dreams. Maybe, sometime late, find the key to yourself, is that in this world, You needed something for some reason. Not finding yourself in the century You'll turn around after three And then the memory will return, What do you need for the Earth angel. I don’t care if you think this are too much it is what I have to offer. Is it torture for you.", 2017
Parachute silk, stainless steel, leather, 36 x 7 x 61 inches
JTT, New York
$25,000 USD 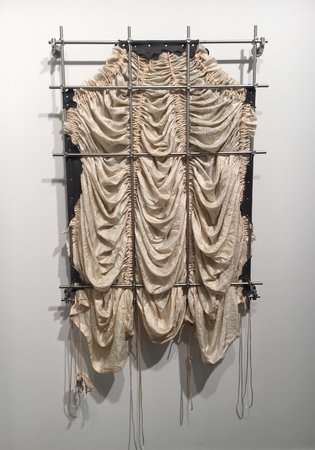 Elaine Cameron-Weir's sculptural works revel in contrasts, particularly in the relationship between structure and entropy. The Canadian born, NYC based artist is known for her assemblages of disparate found materials such as leaves, seashells, and metallic mesh; earning her esteem as a promising up-and-comer. With a keen eye for balance and an interest in the relationship between the natural and "unnatural" worlds, Cameron-Weir approaches her sculptural works as narratives, with a distinct sci-fi influenced poetic sensibility. The work exhibited by New York's JTT Gallery combines a gridded structure with a delicate silk, baroque-inspired drapery made from a parachute. The contrast between the industrial hardware, bound with oxidized leather, and the elegance of the fabric creates a stunning dynamic contrast. 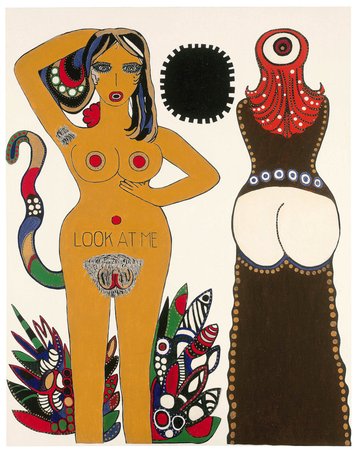 Tucked away in the far corner of the fourth floor, Paris Gallery VNH showcases three astounding new works by 33-year old New York-based artist Cy Gavin. The vibrant large-scale acrylic and oil on denim works possess an immediate, lush ephemeral grace; however there are dark undertones to the work. In a rare moment of art fair magic, I ran into Gavin himself, and was able to speak to him about the new works. Drawing inspiration from Bermuda, the homeland of his father, Gavin creates a dynamic, intimate interplay between the body and the natural landscape. His figures appear to be floating, plunging, and swimming through space, their rendering overlain with the same textures and colors of the land. Gavin's reverence for the natural earth is complicated with his extensive historical research of the island; as it has historically been utilized as a major hub for the transatlantic slave trade. Known for his use of materials of the earth including blood, ashes, and sand, Gavin is invested in exploring these sites in which the body is so deeply intertwined in the history of the landscape, and how racism and colonial ideals seep into the present day. 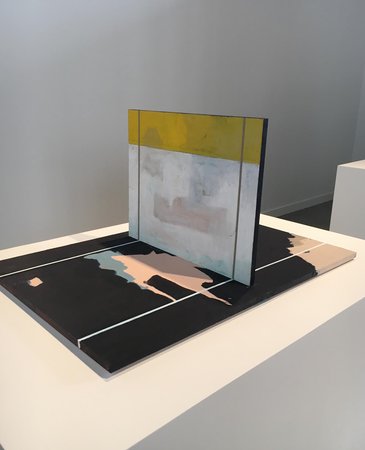 Marking a milestone for their gallery, this year C L E A R I N G exhibited new works from the first artist they ever exhibited: the young Belgian artist Harold Ancart. Deriving inspiration from the notion of a wall contrasted with public spaces, Ancart creates sculptural paintings that evoke the structure of a handball court seen in New York City, where he lives and works. The three-dimensional paintings are painted with oil sticks; the vibrant abstracted colors somewhat like maps. 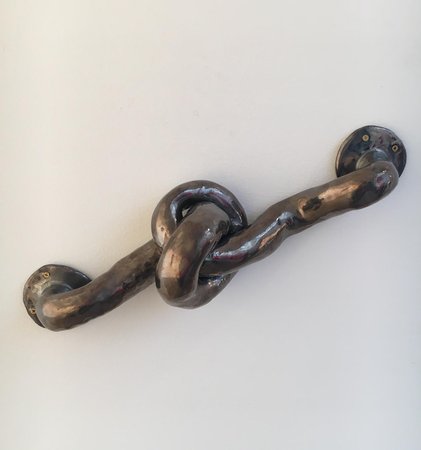 Young emerging Berkeley-based artist Woody De Othello has garnered a great deal of attention in recent years for his anthropomorphized ceramic sculptures. Othello finds a particular interest in knotted structures; relishing in the twisting and entangling of disparate parts to create a new object in itself. In attempting to subvert the traditional lexicon of sculpture, Othello's supports and busts are also ceramic, and play an integral part in the work, serving to challenge our perceptions of the traditionally functional medium. 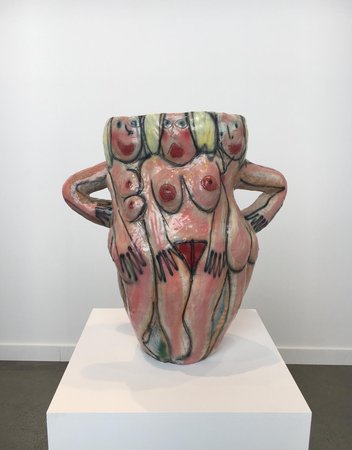 This year David Kordansky Gallery highlights artist Ruby Neri's gloriously voluptuous large-scale ceramic works, which are at once humorous, erotically-charged, and highly liberating. The women depicted assume a variety of shapes and expressions; though each figure is ecstatic and full of vivacity. An original member of the Mission School, and a central figure in Bay Area Figuration, Neri has spent most of her life between San Francisco and Los Angeles. Over her career, Neri has fostered freedom of expression and a direct appeal to emotion. Says the gallery, Neri "often depicts the human body as a porous instrument of pleasure, terror, and in between." With her newest sculptural works, all done in 2018, Neri combines her sensibility of street art with reference to monumental historical vessels from archaic periods. 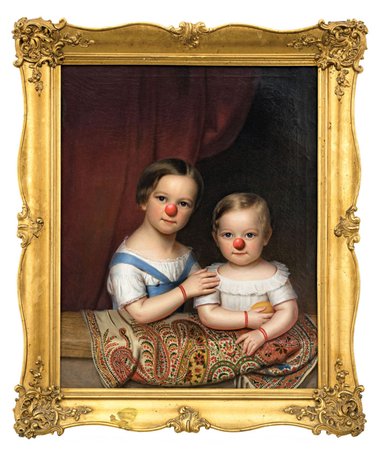 An obvious favorite of fair-goers, despite this being their first presentation at the fair, 303 Gallery presents a mini-retrospective dedicated to Dusseldorf-based conceptual artist Hans-Peter Feldman's broad career; showcasing a selection of recent works alongside older photographs, paintings, and sculptures. Known for his near-hoarder style collecting habit, Feldman possesses a keen eye for arranging and reframing ordinary objects and imagery, conflating high-brow and low-brow cultural signifiers to test viewer's expectations. His knockout works are his most recent ones: 19th-century aristocratic portraits onto which he has hand-paints disruptions such as the clown noses in the work above, or a smear of lipstick across a woman's face. It's a simple update aesthetically, but the joke is on point, and invites us to question and ponder our perceptions and tastes (which is especially hard-hitting as we peruse through 52 international gallery booths). 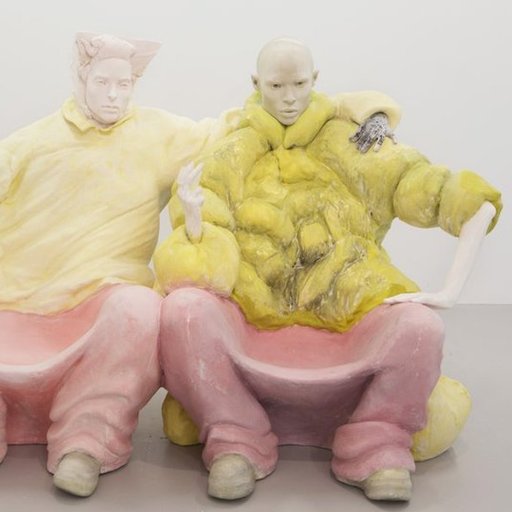 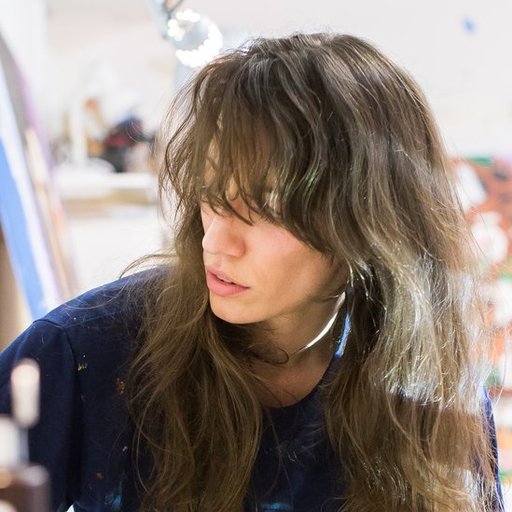 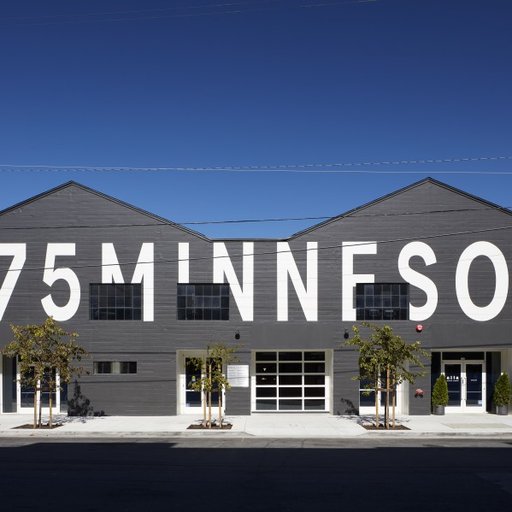 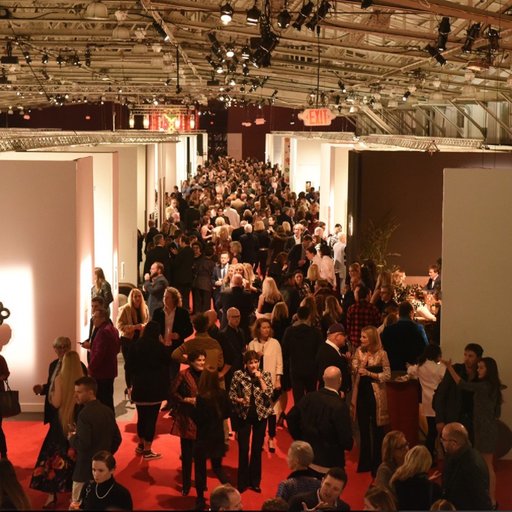