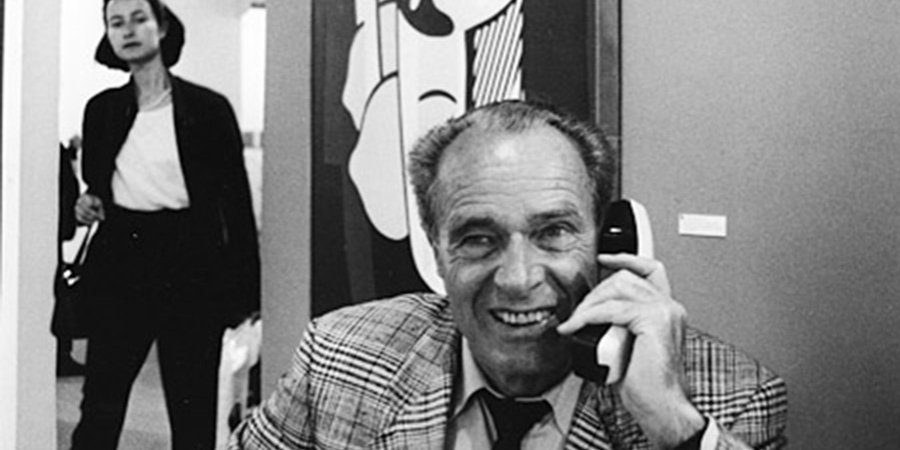 When the Swiss fair rechristened itself “Art Basel in Basel” last year, the art world couldn’t help but snicker. There was a certain existential truth to it. Indeed, Basel is in Basel.

But the syntactical redundancy also marked another phenomenon, one not unique to the art fair industry. Over the course of its 44-year history, Art Basel, the premier contemporary art platform, has packaged and disseminated its singular cultural brand around the globe, with outposts in Miami Beach and now Hong Kong. But, while the Miami fair is an undisputed success and bona fine cultural phenomenon, luring celebrity visitors of all stripes and generating headlines around the globe, the fair's hometown edition remains the pinnacle of its field. Dealers save their finest wares for the fair, and collectors come primed to buy—with the demand for first-rate art so high that prospective buyers during the elite VIP preview are sometimes given as little as 10 or 15 minutes in which to decide whether to pull the trigger, with another eager collector waiting in the wings.

So, how did Art Basel become such a force in the art industry? Here’s a brief history of how the premier international art fair came into being, and then strung out its reach from the bank of the Rhine to Miami’s splashy South Beach and Hong Kong’s fragrant harbor.

Before the New Testament there were the secret gnostic gospels. Before there was lovely Juliet, there was Romeo’s crush Rosaline. And before Art Basel, there was Art Cologne, then known as Kunstmarkt Köln. Opening in 1967 as a platform to sell contemporary art, the German fair invited national galleries and attracted buyers across Europe, including a triumvirate of Swiss dealers. Trudi Bruckner, Balz Hilt, and Ernst Beyeler, the latter of whom would become one of Europe’s top art dealers with worldly connections, saw both the trapping of material vulgarity at Cologne as well as the potential of a fresh market. In direct response to the German fair, the trio decided to translate the experiment to their native cobblestoned city of Basel, with international flair.

The meeting place of Swiss, French, and German borders, and with an attractive foreign exchange, Basel made for an ideal hub of art commerce. Populating the region, too, was the new class of buyers in the postwar consumer society. “Increased free time, good salaries, far-reaching means of communication and intensive exhibition activity have all led to more and more people becoming interested in contemporary art,” stated the 1970 catalogue of the first fair, which hosted 90 galleries and 30 publishers from 10 different countries.

But the fair’s attractions were not only targeted to the rarified European collector. Along with the roster of modern masters (from Jean Arp to Chagall to Picasso), editions were sold for the tyro collector. In 1972, New York Times critic Hilton Kramer called the event a “mammoth indoor ‘flea market’ of 20th-century art.” Gallerists hung their own stalls. Artists mingled in the crowd. (Henry Moore, Robert Rauschenberg, Gilbert & George were at the inaugural edition held at the current location of the Swissotel.) The British Marlborough gallery spread a sign over the entire mezzanine floor, and everywhere pictures were hung ceiling to floor in a helter-skelter manner, like a nineteenth-century parlor.

In these early years, American dealers like Sidney Janis and Leo Castelli ventured to Basel, lured by the potential of foreign markets, while the U.S. economy slumped though a recession. By 1975, 300 exhibitors were showing from 21 countries. Beyond anointing this cultural capital, the fair established itself as the grounds for both known and unknown artists alike. In 1979, the Perspective sector included 16 young artist, among them, Fischli/Weiss and Julian Opie. The same year, mega-collectors Don and Mera Rubell began to attend the fair, hoovering up works from Asia, Africa, the Middle East, and Russia.

Collectors continued to come to Basel by the planeful. But in the 1980s art-market bubble, the fair struggled to differentiate itself from other trade shows like Art Cologne, Fiac in Paris, Art Chicago, and Arco in Madrid. Enter Lorenzo Rudolf, director of Basel from 1991 to 2000. Before Rudolf’s reign, the fair's gallery selection committee ran like the United Nations, with a delegate from each of the 30 represented countries. Artistic democracy be damned, Rudolf condensed the committee to three members in 1992, with the highest standards in mind. In 1994, he secured a UBS sponsorship and inducted the cordoned VIP lounge. In 1995, he initiated Art Video Forum, and the following year initiated Art Statements, a solo show for young artists. In 1999, for the first time, a selection of big-name New York galleries like Barbara Gladstone and Luhring Augustine participated.

Rudolf passed the flame on to Keller in 2000, who continued his venture into foreign markets. A previous apprentice to Beyeler, Keller kicked off the Art Basel Miami Beach in 2002, as a meeting place of North America and Latin culture. Rudolf recalled to The Art Newspaper Magazine, “Art Basel Miami Beach was my baby, but Sam fine-tuned the idea of contemporary art as a lifestyle choice.” Keller was a PR genius, hosting posh parties and packing the house for art panels. Along with art came the glitz and glam: the platform ushered in Miami's local scene, with young artists exhibiting works in shipping containers along the beach.

The fair has widened its scope again under the current co-directors Annette Schönholzer and Marc Spiegler. In 2011, the duo purchased 60 percent of Asian Art Fairs, then owners of the Hong Kong art fair ArtHK. The inaugural Art Basel in Hong Kong, half representing galleries from the Asia-Pacific region, was swallowed up by Art Basel’s parent company and transformed into an outpost in 2013. Over 60,000 attendees poured into the 245 international galleries the inaugural that opened at the city’s Convention and Exhibition Center on Victoria harbor. Basel was no longer just a quaint city along the Rhine: it was a global brand.