How to Give Your Collection Some Flair with Party Photography 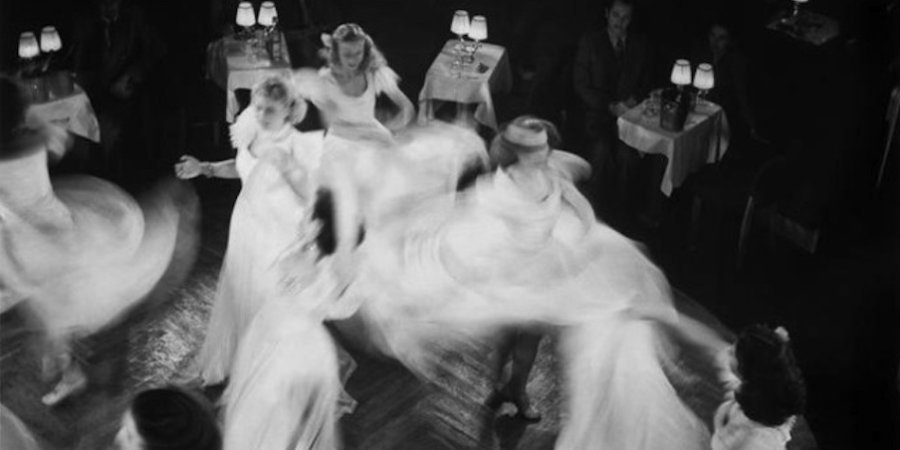 Even in today's culture of digital cameras, Instagram, iPhones, and Twitter, where party photos are always just a click away, the perfect in-the-moment shot of people at play is still a rare thing, and the best of kind constitute a legitimate art form. From David Seymour to Patrick McMullan, some of today’s most sought after artists began their careers as documenters of celebrity and nightlife culture, and many of those early snaps have become sought-after collectibles in their own right (one need look no further than the perpetually popular party Polaroids of Andy Warhol, a pioneer of the form). Here, in honor of the New Year and all the party snapshots that will surely come with the stroke of midnight, we break down some of the key points in the history of the genre.

THE FABULOUS FORTIES AND FIFTIES

The glamour of Hollywood in the 1940s and '50s held special allure for the photographers of the era, and parties were a big part of the culture. Frank Worth first became close with many of his celebrity subjects when photographing them at various parties in New York City, and he eventually moved out west to continue his career as a member of the Hollywood Photographers Guild. His casual snaps run the gamut from a young Frank Sinatra and Ava Gardner out on the town, to Sofia Loren dazzling in a diadem, to Jayne Mansfield partying in Vegas. These iconic images define '50s nightlife at its peak.

Meanwhile in Europe, photographer Inge Morath kept her lens trained on the high society that she was born into. In one 1955 snapshot, an elegant woman in a gown is caught on her way to a Parisian party where “dancing began and continued until four in the morning,” Morath noted. Morath depicted similar scenes across the continent, as in Ostia Antica, Italy of 1954. Famed Magnum photographer David Seymour covered similar ground as he started his career, documenting the high life in Europe among other subjects, as in a 1949 image of a ball in Vienna in full swing.

On the flipside, Weegee (Arthur Fellig) documented the grittier side of New York City after hours, in photos like At Sammy's in the Bowery (1944/1993) in which two women appear visibly drunk at a Bowery bar; it’s an image that echoes the New York City of today.

THE SWING OF THE SIXTIES

A number of Magnum photographers also captured the counterculture at the surge of festivals and concerts taking hold of the country. At Woodstock, Elliott Landy shot a young Janis Joplin ramping up the crowd in 1969. Across the country, Dennis Stock was on the scene at the Venice Beach Rock Festival, where he isolated lasting images from the swirl of young people. The energy in the air was undeniable, even at the highest rungs of society’s parties. Garry Winogrand’s photos from the Metropolitan Centennial Ball in 1969 show even the city’s elite loosening up, as young couples dance in the hallowed halls of the Met. Across the pond George Rodger had his pulse on England’s burgeoning beat culture. In of his images, dozens of young Londoners gather at an overcrowded table at the Blue Angel beat club.

The 1980s was a pivotal moment for party photography: with Studio 54 culture in full swing and New York City becoming an ever-hotter nightlife center, young aspiring photographers took advantage of the crazy antics to capture fantastic photos. Patrick McMullan most notably got his start this way, snapping celebs among the likes of Andy Warhol, Madonna, and Grace Jones. His books documenting his time entrenched in New York nightlife have become wildly popular, notably so80s, a compendium of his most famous images from the era. His interest in the A-list also generated books such as Kiss Kiss, a collection of over 1000 pictures of famous people kissing, and InTents, a decade long look at New York fashion week.And no less relevant was Warhol’s factory and the art stars influence on the world after dark. A Thomas Hoepker photograph shot in wild double-exposure color gives us a glimpse of Warhol in his still-happening Factory in 1981. Autobiographical, self-exposing photography had also gotten a stronghold. Nan Goldin’s Ballad of Sexual Dependency, shot from 1979 to 1986, redefined the genre, with gritty, unflattering, totally revealing images of her friends and lovers having sex, doing drugs, and drinking after dark.

THE NINETIES TO NOW

McMullan continued to dominate the genre, expanding his brand to his eponymous website of events and celebrities around the world as paparazzi took aim with the profusion of tabloids and blogs. But a new young crop of talent has begun making waves even in an increasingly digital world, documenting their culture moment and their personal life through the increasingly invasive means of photography. Photographers like Sandy Kim turn their drunken partying into self-exploratory art; she also recently designed and helped curate a book of Brad Elterman’s 1980s L.A. party photographs. And the trend caught on around the globe: photographer Camila Rodrigo Grana has become a chronicler of Peruvian youth culture’s extremes and excesses. As photography becomes glossier through the likes of Instagram and Facebook, artists look more internally and often darker to pinpoint where the culture is at. To look at a glamorous black-and-white Frank Worth shot of Grace Kelly at the Rear Window premiere to the satured colors of Grana’s image of a party-trampled hotel room floor is to how far the genre has come within just half a centry.

How to Give Your Collection Some Flair with Party Photography