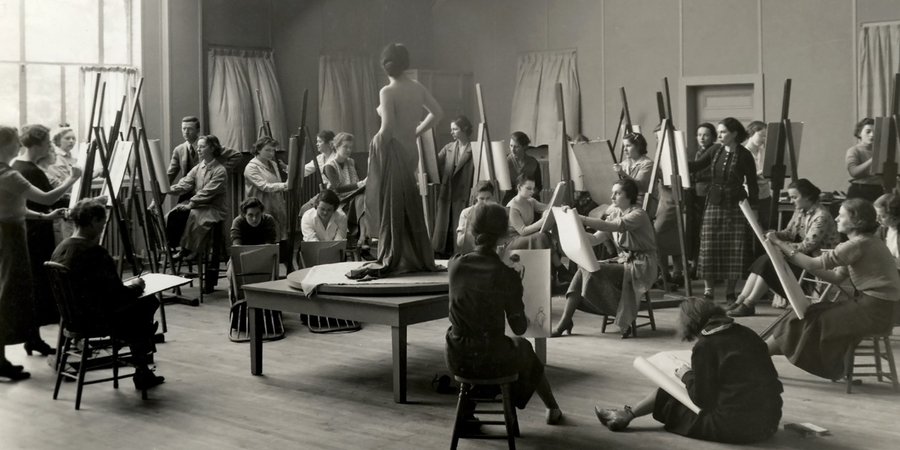 A life drawing class circa 1930

You may have noticed that our recent survey of 10 of the world's most influential MFA programs was heavily focused on the United States. That's because we're patriots. But there are numerous other art schools around the world that have also made enormous impacts on the history of art, yielding generations of exalted alumni, boasting world-class faculty, and operating on a totally different scale and historical timeframe from schools of the U.S. model. (To give some perspective, the Staatliche Kunstakademie Düsseldorf, included in the list below, opened 14 years before the Declaration of Independence was written.)

While Europe certainly has more than its fair share of art schools with major institutional gravitas, newer institutions in emerging contemporary-art centers—like China, for example—are pushing cutting-edge programs that upend traditional notions of what an art program should be. With that in mind, we've compiled an addendum to our original list that considers the most influential, prominent, and respected graduate-level fine-art programs outside the U.S. Not all of them are technically Masters programs—but given the international scope we've considered any school that either grants an MA degree or has an equivalent post-graduate program. 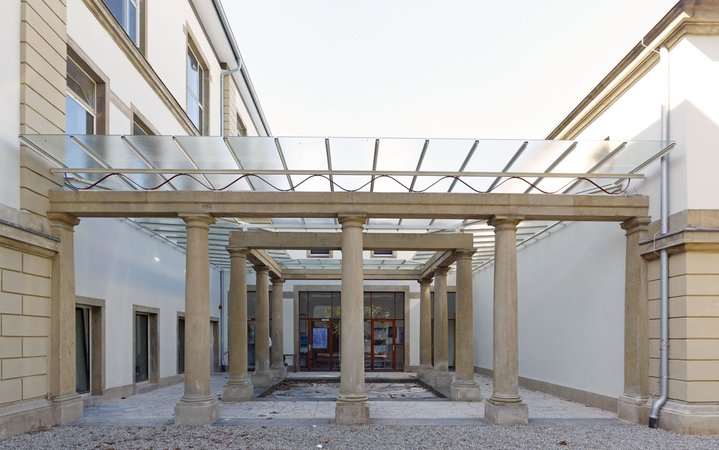 LOCATION: Frankfurt am Main, Germany
NOTABLE FACULTY: Judith Hopf, Douglas Gordon, Isabelle Graw, Michael Krebber
FAMOUS ALUMNI: Anton Burger, Nora Schultz, Maria Loboda, Wolfgang Winter, Sergei Jensen
TIME TO DEGREE: 4 years
SELLING POINTS: The Städelschule, as it's known, was established in 1817 by a foundation set up by Johann Friedrich Städel to house his art collection and to establish the school. Forty percent of the student body comes from abroad, making this one of the most international art schools in Europe. The school's contemporary exhibition venue Portikus was opened in 1987 by the school's director, noted art historian and curator Kaspar König, adding to the Städelschule's reputation for progressive initiatives. We should note that the school doesn't technically grant either Bachelors' or Masters' degrees—at the end of their studies students receive the title of Mesterschüler(in) (literally "school master"), a special honor. 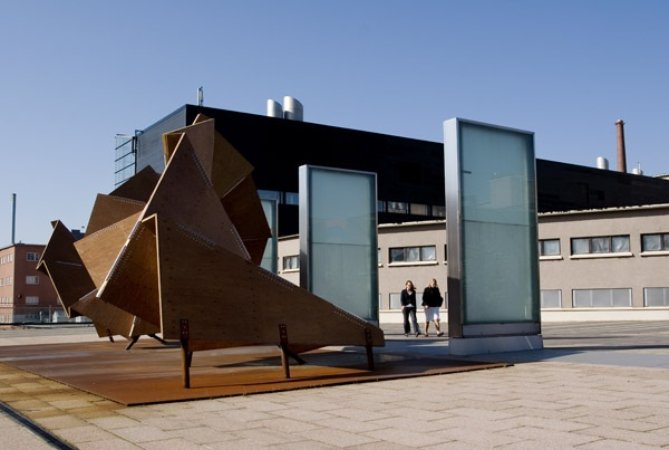 OSLO NATIONAL ACADEMY OF THE ARTS 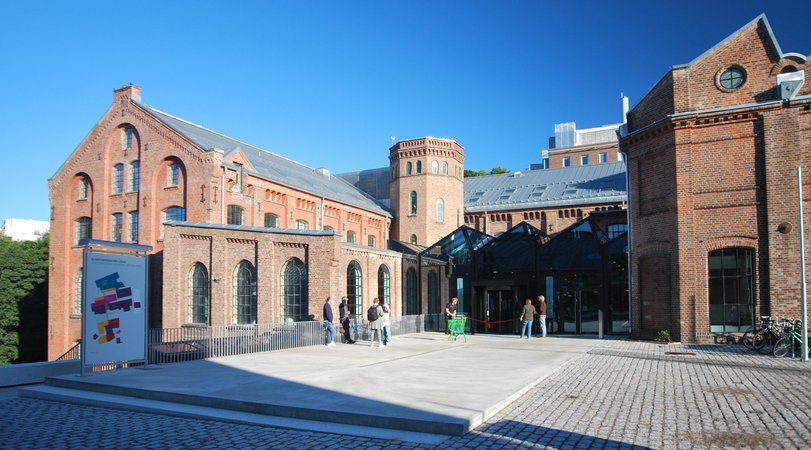 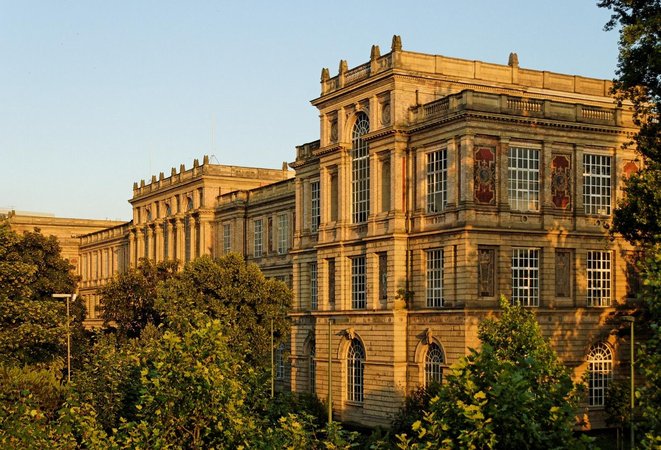 LOCATION: Düsseldorf, Germany
NOTABLE FACULTY:Tomma Abts, Peter Doig, Max Dudler, Katharina Fritsch, Rosemarie Trockel, Rebecca Warren
FAMOUS ALUMNI:Thomas Ruff, Joseph Beuys, Sigmar Polke, Andreas Gursky, Thomas Demand, Gerhard Richter
TIME TO DEGREE: 4 years
SELLING POINTS: Düsseldorf's famous academy—which incubated the talents of the now well-established artists like Thomas Ruff and Sigmar Polke in the 1960s—was originally founded as a school for drawing in 1762. It became world-renowned in the 1850s when the genre and landscape painting associated with the "Düsseldorf School"—a century's worth of painters including Peter Behrens, Hans Dahl, and Otto Hupp, among many others—gained widespread international attention, attracting students from the United States, Scandinavia, and Russia. Then, in the postwar era, another Düsseldorf School was born in a different medium, when the famed teachers Bernd and Hilla Becher ushered in a new era of documentary-style photography through such students as Ruff, Candida Hofer, and Andreas Gursky. 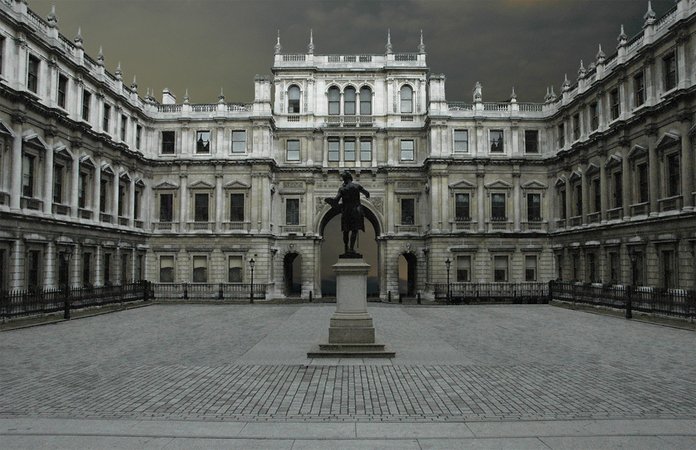 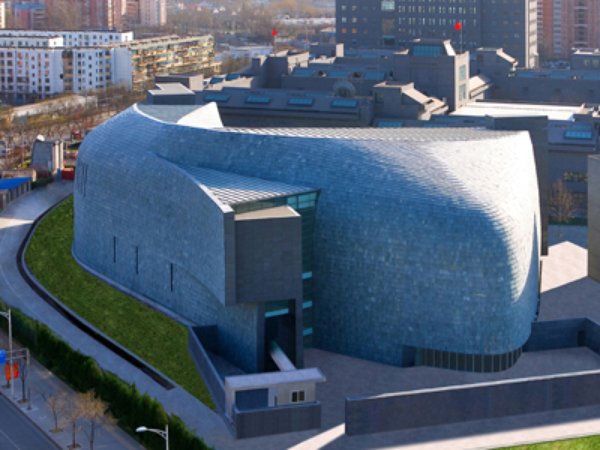 LOCATION: Beijing, China
NOTABLE FACULTY: Yu Hong, Xu Bing, Liu Xiaodong, Zhan Wang
FAMOUS ALUMNI: Zhang Dali, Zhang Huan, Fang Lijun, Jin Shangyi
TIME TO DEGREE: 3 years
SELLING POINTS: The only art academy of higher learning directly under China's Ministry of Education, the Central Academy of Fine Arts (or CAFA) was founded in 1950 by incorporating the National Beiping Art College and the Fine Arts Department of Huabei University. The school drew international media attention during 1989's protests in Tiananmen Square, when CAFA students created a plastic-foam-and-papier-mâché statue they called the "Goddess of Democracy" as part of their demonstration. The school's graduate programs get incredibly specific—for example, students can enter with a concentration in "research on the expressive language of concrete oil painting." (That's within the Oil Painting sub-department.) There are also departments for Mural Painting and Experimental Art, among many others. Despite its wide variety of specializations, CAFA is highly selective, turning away 90 percent of its applicants every year. 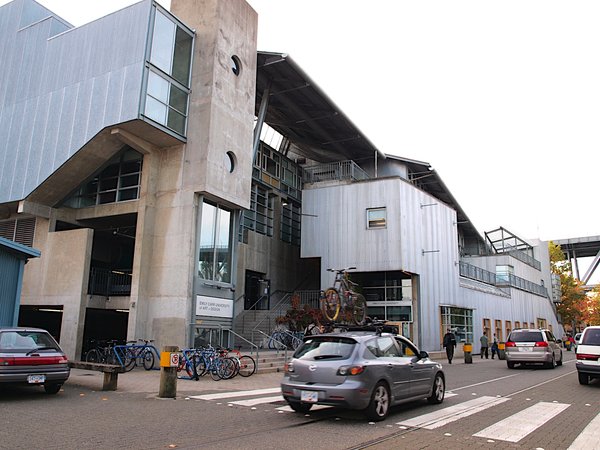 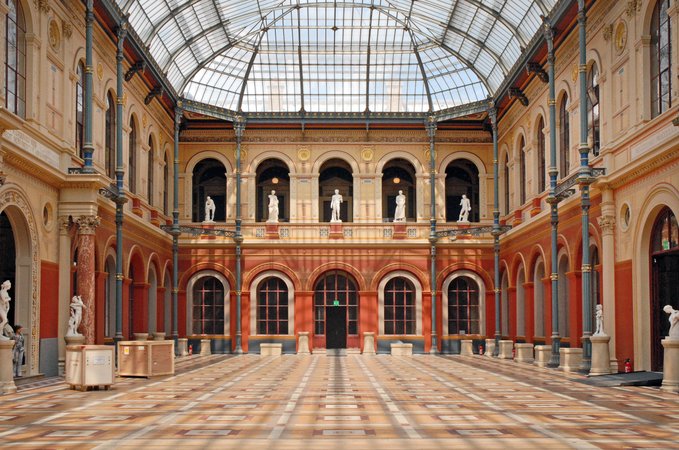 UNIVERSITY OF THE WITWATERSAND SCHOOL OF THE ARTS 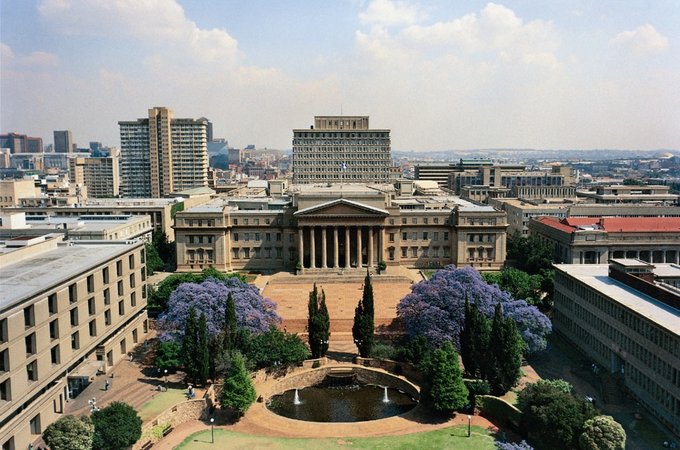 LOCATION: Johannesburg, South Africa
NOTABLE FACULTY: Jo Ratcliffe, Donna Kukama, David Andrew
FAMOUS ALUMNI: Robyn Nesbitt, Kendell Geers, Sandile Zulu
TIME TO DEGREE: 1-2 years
SELLING POINTS: As part of South Africa's University of the Witwatersand, located in the industrial and commercial heartland of South Africa, Wits School of the Arts (as it's known) is a major hub for artistic development across the country, the continent, and internationally. The school offers graduate programs in the digital, dramatic, and fine arts.