How the Grid Conquered Contemporary Art 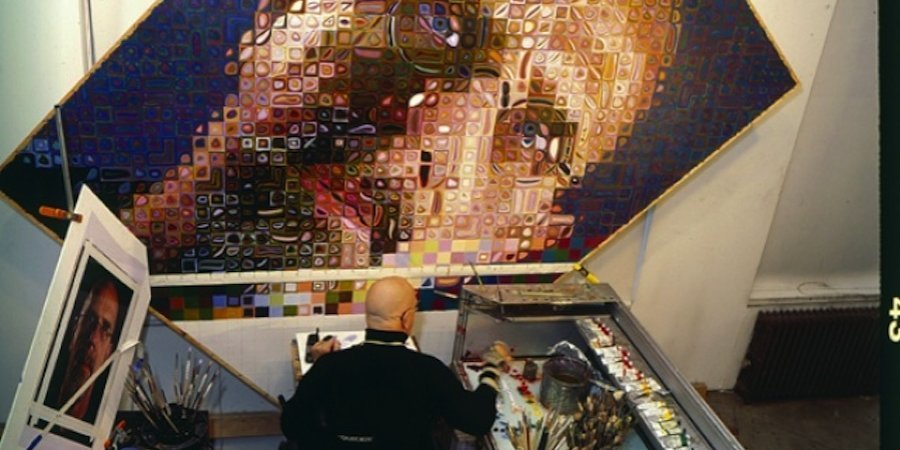 The grid is a visual structure that lies at the heart of contemporary art. As a graphic component in painting, it came to prominence in the early 20th century in the abstractions of the Russian painter Kazimir Malevich and the Dutch-born Piet Mondrian, who was widely considered the "most modern" artist of his time. In 1912, Mondrian began to create his "compositions," paintings constituted by grids of horizontal and vertical black lines in three primary colors. "These basic forms of beauty," he wrote, "supplemented if necessary by other direct lines or curves, can become a work of art, as strong as it is true."

The art historian Rosalind Krauss has pointed to the emergence of the grid as a critical step in the evolution of modern art. In her canonical 1979 essay "Grids," she wrote: “In the early part of this century, there began to appear, first in France and then in Russia and in Holland, a structure that has remained emblematic of the modernist ambition within the visual arts ever since. Surfacing in pre-War cubist painting and subsequently becoming ever more stringent and manifest, the grid announces, among other things, modern art's will to silence, its hostility to literature, to narrative, to discourse."

The use of the grid evolved over the course of the century. During the late 1950s, artist Agnes Martin began to draw lines that formed organizational sequences constructed on a rational system; it defined her final break from representational painting. At the same time, the grids served as a stand-in for the most basic form of drawing—leaving marks on a surface—and the meditative state of mind the artist sought in the solitude of her New Mexico home. These paintings foreshadowed Minimalism, and were a significant influence on many artists.

One such artist in particular was Sol LeWitt, who adopted the grid as the underlying element of his artworks, which bridged Minimalism and conceptual art. In 1960s, LeWitt started to draw directly on walls, using the grid as a simplified format that excluded representational images. The wall drawings evolved into a set of precise and mathematical instructions that the artist would have a third party carry out, so that his own hand did not touch the artwork. LeWitt's sculptures, meanwhile, drew upon the grid to form spare geometric abstractions that stand in three dimensions—like an Agnes Martin painting that leapt off the canvas.

Far from being a static element, the grid mutated in the hands of different artists to assume a wide array of forms. Gerhard Richter made lively abstractions of colored boxes; Carl André lay down squares of metal tiles in geometric patterns on the floor; Chuck Close used the grid as a structure to expand photographs into large paintings. Alan Shields, Sean Scully, Mary Heilmann, Donald Judd, Bernd & Hilla Becher, and Frank Stella are just a few of the other seminal artists from the period who made the grid their own.

All over the world, the next generations of artists have continued to draw on its form. Sarah Morris’s large paintings take the shape of a flat map of streets usually associated with grid structures. In her paintings, the rigid quadrangular spaces are twisted into simple yet strong patterns that recall the urban landscape. Susan Hefuna takes the grid as the determining element from where to see and from where to be seen, echoing the shape of a mashrabiya, the carved wooden window of traditional Arabic architecture. In Robin Rhode's photographs, grids translate into action, creating a sense of motion—he calls them “moving images” —that recalls Eadweard Muybridge's serial photographs from the previous century. Guillermo Kuitca, meanwhile, draws and paints architectural spaces such as theaters, prisons, or hospitals that often follow ordered systems based on grids.

Just look around: in modern life, the grid is everywhere. The streets of Manhattan form the most famous urban grid in the world—we type in grid-shaped keyboard keys, we digest our digital media through tiny pixellated grids, and play the lottery filling numbers in small grids. The grid is the net that connects art with the increasingly ordered qualities of day-to-day life. As Krauss wrote, “logically speaking, the grid extends, in all directions, to infinity”.

How the Grid Conquered Contemporary Art