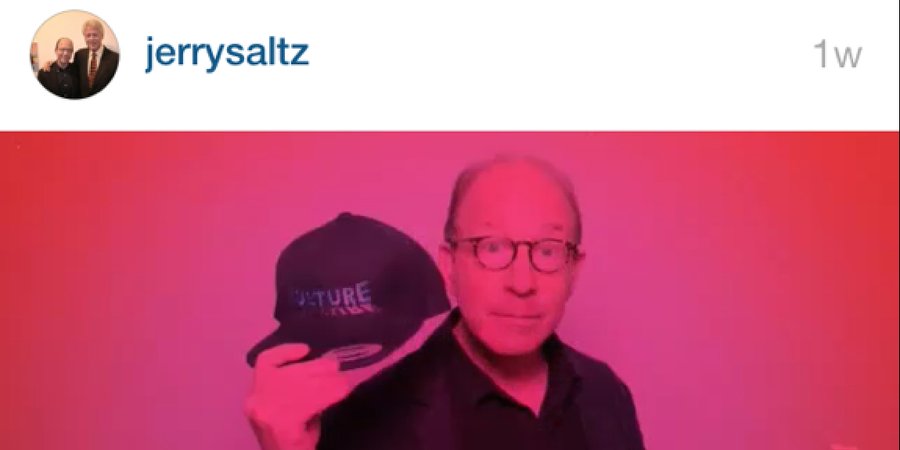 The art world’s relationship with Instagram has expanded since the last iteration of this list, with more and more galleries and art advisors posting and hashtagging away in the hopes of attracting the eye of a crucial collector. Cultural commentators have also taken to the technology in an effort to call attention to projects they like, highlight historical works, or just crack a few jokes. We’ve compiled this list of seven critical art world luminaries who fully utilize the app to help keep you abreast of their social media musings. (And don’t forget to follow @artspace for all our coverage.) 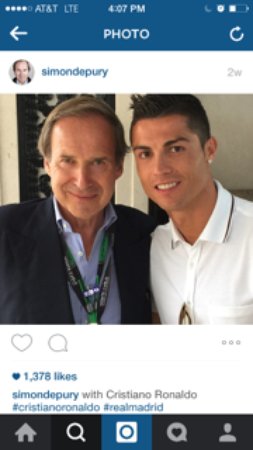 TAG: @simondepury
NAME: Simon de Pury
AFFILIATION: Co-founder of de Pury de Pury
WHY FOLLOW: Known as the “Mick Jagger of art auctions,” Simon de Pury is famed for his zesty, flirtatious style of auctioneering at companies such as Sotheby’s (where he brought the first contemporary auction to Russia) and Phillips de Pury & Company (where he was chairman and chief auctioneer before leaving in 2012). An instantly recognizable art-world figure, he was also a humorously baronial judge on Bravo's "Work of Art: The Next Great Artist" reality show. These days de Pury leads the jet-set life of the international art professional, but it's easy to keep up with his wide-ranging travels (and the art he likes to look at) with his posts from exotic locations such as Monte Carlo, Greece, Berlin, and Cannes.
MOST LIKELY TO FIND: Selfies with the rich and famous including Damien Hirst, Cristiano Ronaldo, and Susan Sarandon
POWER COMMENTERS: Jonathan Viner, Charles Lutz, Jared Eng, Fabrizio Rollo, many enthusiastic Euros 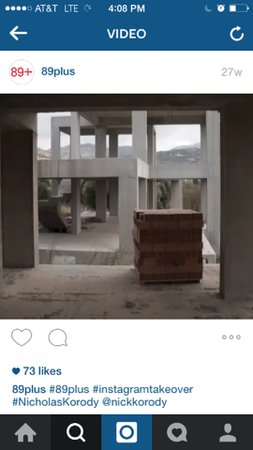 TAG: @89plus
NAME: 89plus
WHY FOLLOW: The Swiss Institute director Simon Castets and Swiss curator and critic Hans Ulrich Obrist founded 89plus as an international multiplatform exploration into the generation of artists, writer, and thinkers of all kinds born in or after 1989 (the year in which the Berlin Wall collapsed and the World Wide Web became universally available). Focusing on the interplay between these revolutionary events and creative productivity in the 21st century, 89plus has conducted exhibits at locations such as Art Basel’s Salon Series in Hong Kong and Miami and MoMA PS1’s exhibition "EXPO 1." (Their latest project is "Poetry Will Be Made by All," a modern-verse adjunct to the Moderna Museet's "After Babel" show.)
MOST LIKELY TO FIND: Instagram takeovers by 89plus artists, like Bunny Rogers and Darja Bajagić, resulting in a highly variable feed.
POWER COMMENTERS: Hans Ulrich Obrist, Inez van Lamsweerde, Vinoodh Matadin 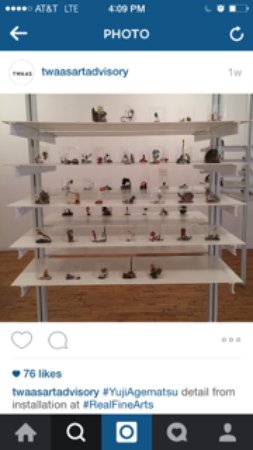 TAG: @twartadvisory
NAME: Thea Westreich Art Advisory
WHY FOLLOW: Founded and run by the husband-and-wife art advisors Thea Westreich Wagner and Ethan Wagner, Thea Westreich Art Advisory is a private advisory service that maintains longstanding relationships with powerful gallerists, dealers, auction-house personnel, and museum officials. Traveling to exhibitions and galleries around the world, TWAAS attempts to identify art movements and individual artists of importance before others catch on. The posts on the firm's Instagram display pieces and installations that catch the couple's discriminating eye, plus some exclusive views from inside collectors' houses.
MOST LIKELY TO FIND: Picassos in private homes (#artinthehome), field trips to interesting galleries, and tons of pics from all the top art fairs.
POWER COMMENTERS: Adam Lindemann, David Alexander Flinn, Eleanor Cayre, Javier Perés, Alex Israel 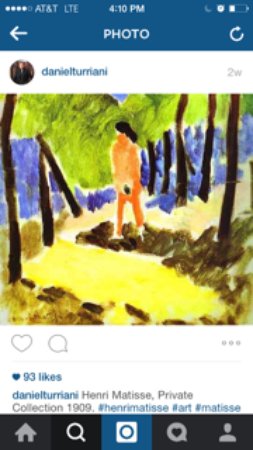 TAG: @danielturriani
NAME: Daniel Turriani
AFFILIATION: Founding director of JT Art Asset, associate director of Strategic Art Management Alliance LLC
WHY FOLLOW: After taking on various positions in the art industry that included private dealer and consultant, Daniel Turriani founded JT Art Asset, an art advisory and art investment company that focuses on Impressionist, Modern, and contemporary works. With his extensive knowledge and international background, Turriani has a pronounced eye for beauty in his photos of both art and his personal life.
MOST LIKELY TO FIND: Turriani’s informative comments in response to questions by other Instagram users, plus some absolutely adorable photos of his daughter.
POWER COMMENTERS: Diana Jenkins, Sig Bergamin, Sellyoulater, Yixi Chen 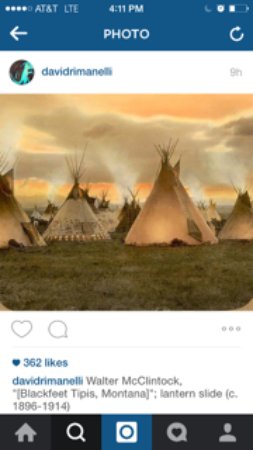 TAG: @davidrimanelli
NAME: David Rimanelli
AFFILIATION: Contributing editor at Artforum
WHY FOLLOW: The distinguished art critic and roving art professor David Rimanelli is a leading voice in Artforum in addition to curating shows alongside art-world influencers like Vito Schnabel. Having taught art history at NYU and Yale, Rimanelli uses his Instagram as a platform to share the artworks that are providing his inspiration at that moment, from John Singer Sargent pastels to deep-cut Cézannes (The Eternal Woman) to classic film stills. His posts reveal the art of the past to be rivetingly contemporary, and are required viewing.
MOST LIKELY TO FIND: Old masterpieces you didn’t know you loved.
POWER COMMENTERS: Arden Wohl, Bill Powers, Oscar Tuazon, Richard Prince, Alison Gingeras, Stephen Shore, Scott Reeder, Gevieve Figgis, Gina Nanni, Frances Stark 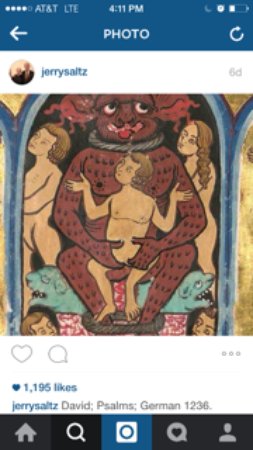 TAG: @jerrysaltz
NAME: Jerry Saltz
AFFILIATION: Senior art critic for New York magazine
WHY FOLLOW: This art critic and columnist will genuinely make you laugh out loud. With his volatile and scathing captions, the art-wise New York magazine writer’s posts range from intellectual to sardonic (usually tending towards the latter). Whichever end of the spectrum he falls on, his posts are always debate-provoking and highly entertaining. He’s an avid social-media user, so be sure to check him out on Twitter and especially Facebook, where his wit has the space to really stretch its legs. And provoke.
MOST LIKELY TO FIND: Dirty jokes and images that somehow incorporate medieval manuscript drawings.
POWER COMMENTERS: Adam Lindemann, WillNYC, Stella Bugbee, Sargent’s Daughters, Gina Beavers, Nicole Nadeau, Lady Liliana Cavendish, Mircea Cantor, Ryder Ripps 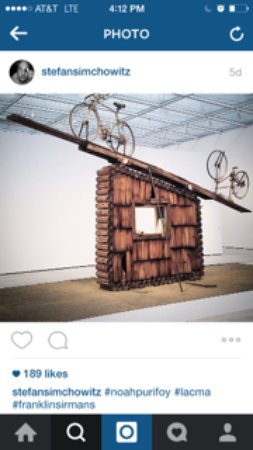 TAG: @stefansimchowitz
NAME: Stefan Simchowitz
AFFILIATION: Co-founder of MediaVast, Hollywood producer, art advisor, art collector, proprietor of Simco's Club
WHY FOLLOW: One of the world’s most successful (and controversial) collectors of works by emerging artists, Stefan Simchowitz roused much discussion in the art community when he was featured in Katya Kazakina’s Bloomberg article about “art flippers.” As an art advisor to a group of rich young professionals from the tech and entertainment sectors, Simchowitz has been instrumental in the growing trend of collectors buying works by young artists in large numbers to “flip” for exceedingly higher prices. He is famous for using his Instagram account extensively to promote the artists he supports.
MOST LIKELY TO FIND: Works by and portraits of artists before and during (but not after) their five minutes of fame.
POWER COMMENTERS: Francois Ghebaly, Micah William Grasse, Robert Blumenthal, Jill Greenburg, Carole Server, Anita Zabludowicz, Tiffany Zabludowicz, Kenny Schachter, Ashley Bickerton, Sarah Douglas, Adam Lindemann 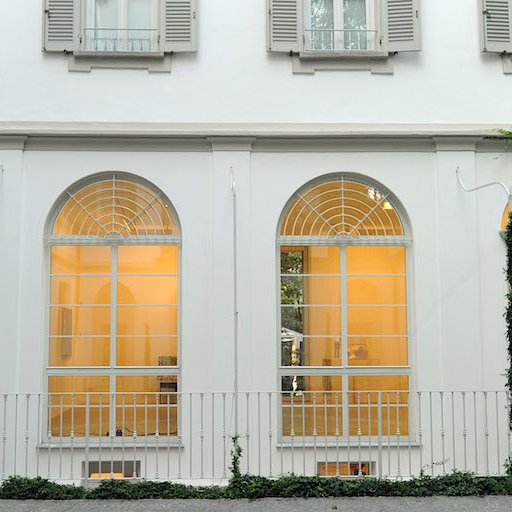 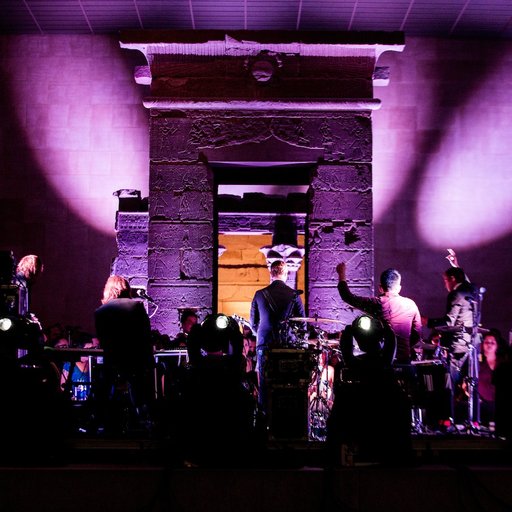 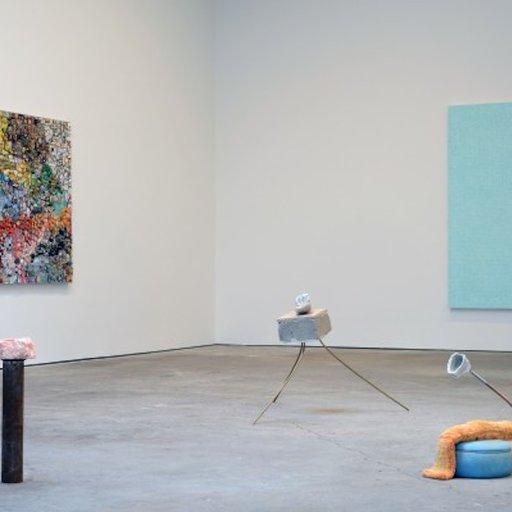 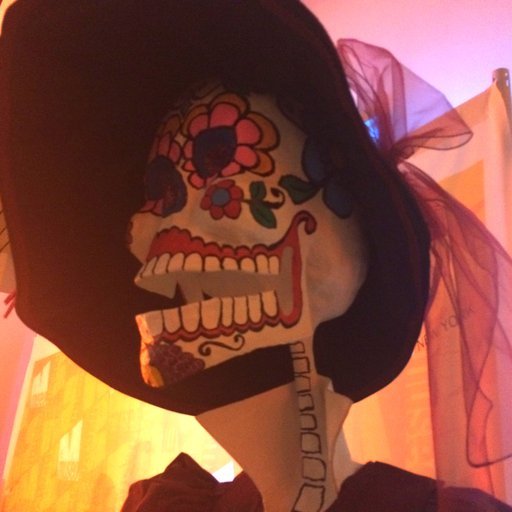