The Studio Assistant Family Tree: A Genealogy of Artists & Their Proteges 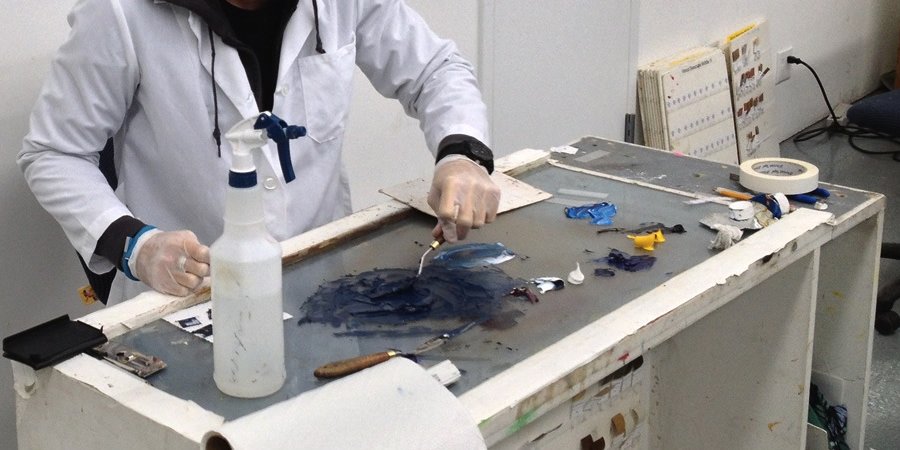 An artist's assistant hard at work

While popular cliché is that young artists are often baristas, bartenders, or waiters, if not trust-fund babies, a lot of them do actually manage to find employment within the art world, and the luckiest art-school grads find jobs as assistants in the studios of more established artists. These apprenticeships—in which the up-and-comer lays down the ground of an art star's abstractions, buffs the chrome of multimillion-dollar sculptures, does finger-cramping filigree work, or... fetches coffee—can often yield key introductions to curators and future collectors, providing a step up for one's career. Most intriguingly, though, they also generate something else: a shadow family tree of the art world, where artistic influence can be seen transferring from one generation to the next.

One can't help but wonder: would Jacob Kassay's monochromatic paintings be different if his former boss, Christopher Wool, hadn't worked in his early days for the modernist sculptor Tony Smith? How much of Vito Acconci's weirdo experimentalism is left over in BrockEnright's boundary-breaking work—as filtered through Robert Longo? Did Jeff Koons wax nostalgic to a young Tony Matelli about the good old days working in Ed Paschke's studio?

It's the art world's equivalent of the butterfly effect, and once we started mapping out the a genealogy we found a few surprises along the way (did you know that Philip Glass worked for Richard Serra?).  Below, in roughly chronological order (and in a list that is by no means exhaustive) is what we found.

• Richard Serra (b. 1939), grand master of process art and the post-industrial sublime
|
Grégoire Müller (b. 1947), painter of current-event appropriations
Philip Glass (b. 1937), "Einstein on the Beach" composer
|
Lawrence Chandler (b. 1951), composer, musician, and sound artist

The Studio Assistant Family Tree: A Genealogy of Artists & Their Proteges